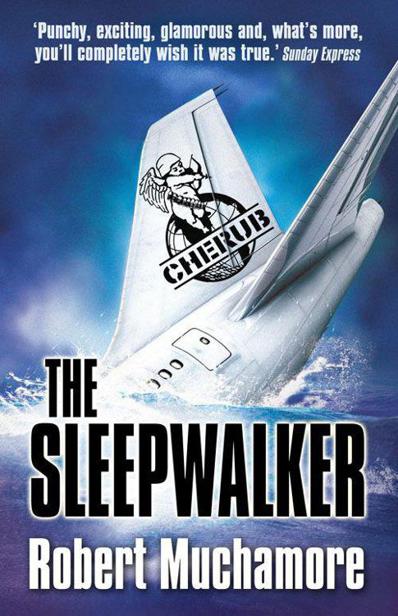 Robert Muchamore
was born in 1972 and spent thirteen years working as a private investigator.
CHERUB: The Sleepwalker
is his ninth novel in the series.

The CHERUB series has won numerous awards, including the Red House Children’s Book Award. For more information on Robert and his work, visit
www.muchamore.com

Praise for the CHERUB series:

‘If you can’t bear to read another story about elves, princesses or spoiled rich kids who never go to the toilet, try this. You won’t regret it.’
The Ultimate Teen Book Guide

‘My sixteen-year-old son read
The Recruit
in one sitting, then went out the next day and got the sequel.’ Sophie Smiley, teacher and children’s author

‘CHERUB is the first book I ever read cover to cover. It was amazing.' Scott, age 13

‘CHERUB is a must for Alex Rider lovers.’ Travis, age 14

This eBook edition published in 2012

The right of Robert Muchamore to be identified as the Author
of the Work has been asserted by him in accordance with the
Copyright, Designs and Patents Act 1988.

All rights reserved. Apart from any use permitted under UK copyright law, this publication may only be reproduced, stored or transmitted, in any form, or by any means with prior permission in writing from the publishers or in the case of reprographic production in accordance with the terms of licences issued by the Copyright Licensing Agency and may not be otherwise circulated in any form of binding or cover other than that in which it is published and without a similar condition being imposed on the subsequent purchaser.

A Division of Hachette Children’s Books

CHERUB is a branch of British Intelligence. Its agents are aged between ten and seventeen years. Cherubs are mainly orphans who have been taken out of care homes and trained to work undercover. They live on CHERUB campus, a secret facility hidden in the English countryside.

WHAT USE ARE KIDS?

Quite a lot. Nobody realises kids do undercover missions, which means they can get away with all kinds of stuff that adults can’t.

About three hundred children live on CHERUB campus. JAMES ADAMS is our fifteen-year-old hero. He’s a well-respected CHERUB agent with several successful missions under his belt. Australian-born DANA SMITH is James’ girlfriend. His other close friends include SHAKEEL DAJANI and identical twins CALLUM and CONNOR O’REILLY.

With its large grounds, specialist training facilities and combined role as a boarding school and intelligence operation, CHERUB actually has more staff than pupils. They range from cooks and gardeners to teachers, training instructors, nurses, psychiatrists and mission specialists. CHERUB is run by its chairwoman, ZARA ASKER.

Cherubs are ranked according to the colour of the T-shirts they wear on campus. ORANGE is for visitors. RED is for kids who live on CHERUB campus but are too young to qualify as agents (the minimum age is ten). BLUE is for kids undergoing CHERUB’s tough one-hundred-day basic training regime. A GREY T-shirt means you’re qualified for missions. NAVY is a reward for outstanding performance on a single mission. Lauren and James wear the BLACK T-shirt, the ultimate recognition for outstanding achievement over a number of missions. When you retire, you get the WHITE T-shirt, which is also worn by some staff.

Bethany Parker had been away on a mission for eight months, which was long enough for plenty to change on CHERUB campus. There was a line of freshly planted saplings along the path that led to the main entrance, new floor tiles in the main building and an enormous satellite dish in the gravel outside the mission preparation building.

But it was the other cherubs that really made Bethany feel like she’d missed out: girls had different hairstyles and cute boys had succumbed to acne; there were qualified agents she’d never even seen and new red shirts who seemed impossibly tiny.

As she stepped out of the lift on the ground floor, Bethany spotted the handler Meryl Spencer. The athletically built Kenyan broke into a warm smile.

‘Nice tan, Bethany. We’ve been hearing good things about you.’

Bethany was slightly embarrassed by the compliment. ‘Thanks Miss … I’m looking for Lauren, have you seen her around?’

‘She’s probably over by the vehicle shop. There’s supposed to be some kind of race, or something. I expect your brother Jake will be up there too.’

Bethany felt guilty as she realised she’d prioritised finding her best friend over her kid brother. After jogging down a short corridor, she stepped through the back doors of campus’ main building and ran down the path between the all-weather tennis courts. Her combat trousers and boots felt clumsy after eight months in parts of Brazil and the United States where she’d rarely worn anything heavier than shorts and sandals.

The sun was dropping below the horizon as she crossed the deserted playing fields. Orange light pierced the trees and made her squint, but being back on campus felt good. The cool evening air was a change from humidity and she deliberately ran through the muddiest part of a goalmouth because she felt more at home with a bit of CHERUB campus stuck to her brand-new boots: after a struggle she’d discovered that her old pair didn’t fit.

‘Lauren,’ Bethany shouted, as she came over the brow of a slight hill. Down below, a crowd of thirty kids were gathered in a car park. They mostly faced towards a squat workshop with aluminium sides. The three sets of hangar-style doors along the front were open. Inside were brightly lit workstations covered with tools and four cars in various states of disassembly.

All vehicles in the CHERUB fleet got upgraded in this workshop: stiffer suspension, satellite tracking, performance-tuned engine, plus tinted glass and subtly altered controls to make life easier for under-aged drivers. To ensure the highest standards of reliability, routine servicing and repair work was also done on campus, along with occasional special jobs such as fitting a car with a hidden compartment, or installing listening devices.

Quite a few people turned to see who was shouting. Lauren Adams gasped as she recognised her best friend. She backed out of the crowd and charged up the hill to give Bethany a hug.

‘My god,’ Lauren screamed happily, as the two girls pulled each other tight. ‘I didn’t even know you were back. Why didn’t you text me?’

Bethany smiled and made a little squealing sound. ‘I wanted it to be a surprise.’

‘When did you get back from Brazil?’

Bethany looked at her watch. ‘Our jet landed at the RAF base down the road five hours ago, but I had to go straight into an emergency debriefing with Maureen Evans and then I had to see the chairwoman.’

‘Zara told me I deserved black,’ Bethany said. ‘But you only get that for outstanding performance on
more
than one mission, no matter how long you’re away.’

Lauren nodded sympathetically, though she was secretly pleased that she still outranked her friend. ‘So how was the mission?’

‘Hard work, but we took care of business in the end. How about you, are you still suspended?’