“You can justify yourself all you want,” he
whispered. “But how can you do this?”

“You grew up on your grandfather’s stories,
Wanderer. You already know how I can.”

The Wolf couldn’t hold back any longer. He
lunged, pinning her to the ground. She pushed him away in time, his
teeth snapping just above her neck. She held his jaws the best she
could, but he wrung his head from her grasp. His hollow space
pounded and pulsed the hate through him, and his lips quivered at
the thin muscles lining her throat. Ella Bandita could only fight
him off for so long. Her icy gaze seared through him.

“If you kill me, Wanderer, then what do you
have?”

The Wolf heard his heart beating from her
tent and the pain in his hollow became intolerable. He still had
the urge to tear her apart. But if he gave in, he knew his heart
would never be a part of him again. He stepped off her.

Ella Bandita was shaking. Her blouse was
torn and blood seeped from the wounds on her chest. She bowed her
head between her knees and heaved for air. The Wolf couldn’t stop
stalking back and forth. He had no remorse for what he almost did.
His fur stood on the back of his neck and the growl rumbled in his
throat. She pulled her head up and glared at him.

“I can only forgive that once,” she said.
“My promise still stands, but you better leave before I change my
mind.”

Ella Bandita stood and turned her back to
him. She strode with an even gait to her camp, the moon shining
upon her. The Wolf could scarcely breathe from the fury and
loathing coursing inside him. But he had no choice. He ran along
the western ridge of hills above the valley, away from Ella
Bandita. He howled as he went. The Wolf was certain his grief would
destroy him every time he thought of his stolen heart and his lost
manhood. 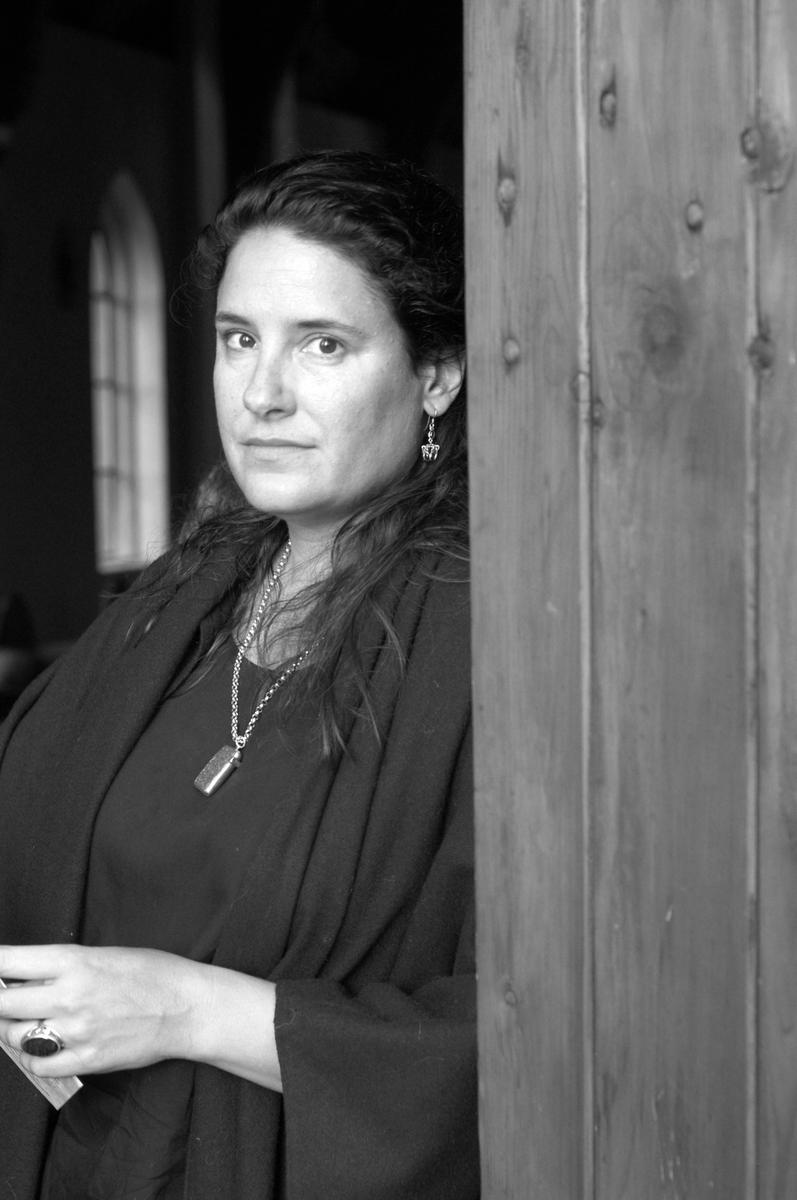 Montgomery Mahaffey is a
fantasy writer who has told her stories all over the country.
Alaskan winters shaped Mahaffey as a writer, and her work is built
off of the myriad of personal and collective experiences formed
underneath that mystical landscape. Born in the south to a family
of storytellers, Mahaffey has developed her own voice that is
suffused with the temperament of the wanderer instinct. Set in a
world where magic is at once subtle and pervasive, her novels bring
to life symbols and stories of the old fairy tales told with wry
humor and passion. In 2005 she was granted the Individual Artist
Project Award from the Rasmuson Foundation in Anchorage,
Alaska.
Ella Bandita and the
Wanderer
is her first novel.

The Mysterious Rider by Grey, Zane
Then You Were Gone by Claire Moss
One Way Out: The Inside History of the Allman Brothers Band by Paul, Alan
The True Prince by J.B. Cheaney
The King's Marauder by Dewey Lambdin
Schasm (Schasm Series) by Ryan, Shari J.
Water-Blue Eyes by Villar, Domingo
More Beer by Jakob Arjouni
Cast Iron Cover-Up (The Cast Iron Cooking Mysteries Book 3) by Jessica Beck
Best Man For The Job (The Men of Fear Incorporated Book 1) by Melinda Valentine