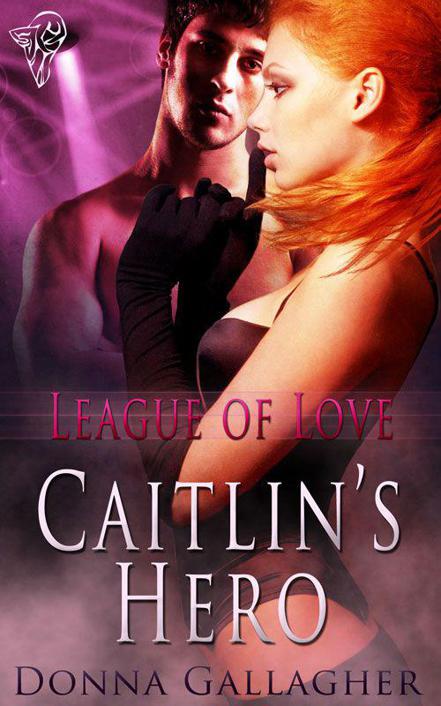 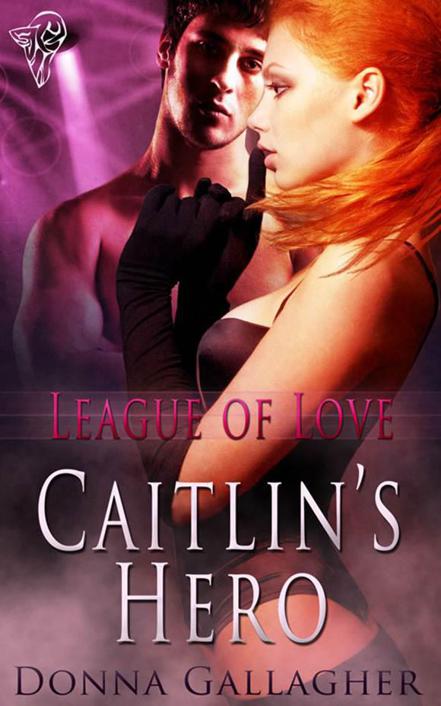 This book contains sexually explicit content which is only suitable for mature readers. This story has a
heat rating
of
Total-e-burning
and a
sexometer
of
1.

This story contains 103 pages, additionally there is also a
free excerpt
at the end of the book containing 8 pages.

Book one in the League of Love series

Falling for him is easy. Dealing with his high-profile life—a life deemed public property by his fans and the press, plus an ex-wife out for blood—now, that’s the hard part.

Twenty-year-old Caitlin Walters was living a normal life. She attended university, socialised a little and had a good relationship with her mother and stepfather. But when her parents are tragically killed in a car accident, Caitlin’s life is forced to change. The once carefree girl becomes sole guardian of her stepbrother. Giving up her university course to support and raise eleven-year-old Riley, Caitlin struggles to deal with her new responsibilities.

Her job, singing at a local Italian restaurant, brings Caitlin some peace. On stage, she leaves her life and its troubles behind. Feeling comfortable and sensuous, she is like a siren calling out to lost souls. It’s on one of these nights that Caitlin begins a romance with Australian Rugby League captain, Brodie James. Brodie, not content with his so-called perfect life and struggling with commitment issues following a disastrous marriage, falls hard for Caitlin.

The relationship does not run smoothly for the self-sacrificing Caitlin, as she learns how to deal with Brodie’s nasty, jealous ex-wife, a muck-raking reporter and intrusive but well-meaning rugby fans. Along the way she makes new friends, and awakens the untapped sensual desires of the woman inside.

To my editor, Amy. The universe was smiling on me the day my manuscript landed on your desk. Thank you for believing in my voice. Your encouragement, support and frequent *hugs* have made my dream become a reality.

Caitlin normally swam laps at the same time as Riley had his squad training. If she had to be up early to drive him
to the pool
, she
figured she
might as well do something productive with her time instead of sitting around waiting.
Caitlin never put on weight. She knew she was lucky in that regard, because some girls were always trying one new fad diet after another
, but she did like to feel fit and healthy
. Caitlin had a
hearty
appetite and was almost embarrassed by the amount of food she needed to keep her body fuelled.

She was neither short nor tall and her long legs, average hips and small waist were all in proportion. The problem with swimming—although she loved being in the water—was that wearing a swimsuit
made it easier for people to notice
her D-cup breasts.

Firm and round, they
appeared to
stick out rudely and
she thought they
looked out of place on her body. Caitlin and her breasts had not got along since puberty, when they’d seemed to grow to an enormous size almost overnight. Her enjoyment of participating in sports had taken a beating at the cruel taunts from other teens. At one point, Caitlin had actually considered breast reduction surgery.

That, of course, would not be possible—at least for the foreseeable future. Not after all that had happened recently.

Caitlin fingered the bracelet on her wrist lovingly, and pushed those sad memories from her mind. She always revelled in the solitude of swimming laps once she got started. It calmed her to listen to herself breathe in and out while her arms and legs sliced through the water, stroke after stroke. Just being around water soothed Caitlin.

The other bonus of early morning swimming was that there was no need to worry about the harsh Australian sun burning her very pale skin. Giving herself one last pep talk about the water being warm once she got wet, she headed out to the swim deck, trying, as usual, to push her mop of hair under her pink swimming cap.

As Caitlin did some stretches in preparation, she noticed the players from the local
rugby league
team on the other side of the fifty-metre pool. Most of the players were walking up and back in a lane, laughing and pushing each other in mock fights. All except for
him.

Caitlin had
observed
the giant of a man before. In fact, on many occasions she had actually sought him out with her eyes.
Why wouldn’t you?
she thought to herself. He was gorgeous—such a perfect specimen. Caitlin had watched him stretching his large body, which rippled with the mass of well-defined muscle that made up his impressive physique. Caitlin had also watched him standing, sitting, walking, running
and swimming,
all in such a skimpy pair of swimmers that not much was left to the imagination, and Caitlin had found she had a good imagination when it came to
him.

But not wrong enough to stop.
On those occasions, she would inch her fingers
towards that
throbbing
, hot place. She’d slide her hand down the front of her panties, past the layers of curls that covered her
folds.

It was always the same. She’d visualise his broad shoulders and washboard abs and her breath would start to come in little puffs and pants, her nipples pull
ing
tight. Caitlin always
felt
them forming hard button shapes even before she’d let her free hand touch them. She would touch and rub her sensitive nipples as she imagined his face—that
sexy, yet sombre-looking
face.

There was something about him that drove her to this point. Nothing and no-one else had ever caused Caitlin to caress her own body in such a way. This uncontrollable need was new, coinciding with her awareness of his existence. She’d slip her finger in between her
folds.
They were always slick and warm, and she’d begin to move that finger in a circular motion. Tiny sparks of something indescribable would start to form beneath her finger, her body striving towards some place, some ending to fulfil her ache. As she focused on the memory of his deep voice, which she had overheard when he’d spoken to his teammates, she’d imagine him talking to her, touching her. She’d pretend it was his fingers plucking at her nipples and his
hand
creating so much havoc within her body.

Finally, knowing she was nearing that peak that caused her so much
bliss,
Caitlin would find
her clitoris,
the place that held the release of that pleasure spike, and she’d rub furiously at it. Push and circle, hard and fast, assaulting her own body until finally the
gratification
c
a
me, a wave of pleasure and relief washing over her slick, wet body, leaving her breathless, boneless, sated.

Blood And Honey by Hurley, Graham
Bear Naked (Halle Shifters) by Bell, Dana Marie
The Darkest Pleasure by Gena Showalter
Zooey Pinkerton- a Daughter's Right by Heather McAlendin
Docked by Wade, Rachael
The Summer Solstice ~ Enchanted by K.K. Allen
SEDUCING HIS PRINCESS by OLIVIA GATES,
Fangs for Nothing (Vampire Hunting and Other Foolish Endeavors) by Ambrose, Adrianne
Too Little, Too Late by Marta Tandori
Starfish by James Crowley