Read By My Hands Online 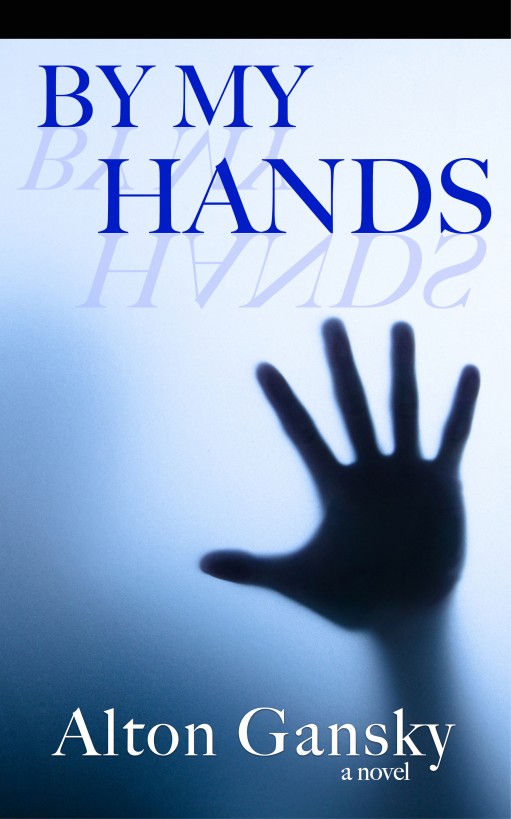 This ebook is licensed for your
personal enjoyment only. This ebook may not be re-sold or given
away to other people. If you would like to share this book with
another person, please purchase an additional copy for each reader.
If you’re reading this book and did not purchase it, or it was not
purchased for your use only, then please return to Smashwords.com
and purchase your own copy. Thank you for respecting the hard work
of this author.

All rights reserved. No part of this book may be
reproduced without written permission, except for brief quotations
in books and critical reviews.

MANY WRITERS UNASHAMEDLY admit that their work is
the direct result of not only the author’s efforts but also the
contributions of many others. I number myself among those who
willingly offer thanks to the many people who made the task of
writing enjoyable and considerably easier.

To my wife, Becky, my children, Crystal, Chaundel,
and Aaron for their patience, encouragement, and willingness to let
me leave this world and enter the domain of my characters.

To Pat Henson for her excellent proofreading and her
profound ability to point out my literary errors without exploding
into laughter.

To Dave Horton and the staff of Victor Books for
seeing something of value in my work.

To Jack Cavanaugh, fellow writer, adviser, mentor,
and most of all friend, for his timely and firm push. Thanks, Jack,
I needed that.

And to the various technical advisers from the Coast
Guard, FBI, surgeons, nurses, and news staff who struggled to keep
me close to the realm of accuracy.

LOIS LANGFORD SHIFTED her body in the hospital chair
and fixed her gaze again on the small red light indicating each
drop of fluid that passed from the suspended plastic IV bag through
the electronic IVAC unit. Its rhythmic pulsating had helped her
drift off to sleep when reading or watching television had failed.
Sleep was a rare commodity in a hospital; even after midnight the
Kingston Memorial Hospital could be a busy and noisy place.

Lois allowed her eyes to trace the frail form on the
bed before her. Even under the bed sheet she could tell that her
husband’s body was too thin. Bill had always been so robust and
active. Preferring outdoor activities to staying around the house,
he had given up his civil service job to take employment with
Cal-Trans, maintaining the landscape along San Diego County’s
freeways.

Now he hardly seemed the same man. His deep tan had
faded to a vague yellow hue. The once muscular body was now
atrophied; his bright eyes lacked their former luster. Now they
were merely mirrors of the slow death that pirated a little more
life away from Bill with every passing hour.

The family had tried to get her to go home and rest,
but how could she? Not after the doctors had told her that he could
die at any time. There was great doubt that he would live through
the night. She had spent thirty-seven years with Bill: sharing his
food, his home, and his bed. She would not leave him now.

Four months ago they had been planning a vacation.
Bill had wanted to drive to Custer, South Dakota for some camping
and fishing with his brother. A few days before they were to leave,
he had begun to experience lower abdominal pain and had difficulty
keeping food down.

Lois had insisted that he see Dr. Lewis, their
family physician. At first, Bill was reluctant, but she put her
foot down, “No doctor—no trip.”

He had studied her for a few moments then weakly
nodded and said, “Okay, Sarge, whatever you say.” He called her
that when he thought she was being too bossy. She hated the name,
but now she would give anything if he would open his eyes and say,
“Hi, Sarge.”

After examining Bill and running some tests, Dr.
Lewis informed them that gallbladder surgery was needed. “Probably
nothing to worry about,” Dr. Lewis had said optimistically. “Pretty
routine surgery, but you’ll have to postpone that vacation. Don’t
worry, I’m sure Mt. Rushmore will wait for you.”

Bill resisted at first, but sensing the doctor’s
concern he reluctantly consented. Surgery was scheduled for the
following afternoon.

That was four months ago, before the verdict of
cancer that had spread to the kidneys and liver. For four months
Lois had sat by Bill’s bedside waiting . . . watching.

The dim light made it difficult to focus on the wall
clock opposite her chair. Three o’clock in the morning? Lois
realized she had fallen asleep. She looked toward Bill’s bed. Was
he still alive? Everything seemed in place: the IV unit . . . and
the doctor? She hadn’t heard him come in. He didn’t usually visit
this early.

“Is everything all right?” Lois asked apprehensively
and started to rise from her chair.

Without looking up, the man in the white lab coat
raised a finger to his lips. He stood at the side of the bed gazing
at the form before him. Then he raised his hand and brought it to
rest on Bill’s chest. Slowly, almost imperceptibly, his hand began
to glow a pale blue in the dark room. Lois stared unbelieving. She
started to say something, but thought better of it. She sat
motionless and watched the unbelievable, and then inexplicably
dozed off again.

When she awoke, she saw Bill, sitting up in bed, and
looking healthy and full of life. The yellow pallor and gaunt
appearance had been replaced by the rugged complexion of the man
she had known for nearly four decades.

“Looks like it’s going to be a fine, sunny day,” he
said. A wry smile stretched across his face. “Do you suppose
they’ll let me out of here for a little walk?”

DR. RACHEL TREMAINE HAD opted to take breakfast in
the hospital cafeteria. Taking her food to a table near a window,
she opened the latest edition of the
American Medical
Journal
. The need for constant education was just one of the
many stresses associated with her profession. Frivolous malpractice
lawsuits, the need to face death and disease daily, and the
ever-present fear of making a life-altering decision took its toll.
Many doctors simply gave up trying and moved into general practice
in the suburban areas of the city. Some even left the profession.
She had vowed never to do that.

She was only a few paragraphs into an article on
anesthesia-induced comas when two nurses sat at a nearby table. One
nurse had shoulder-length blond hair, the other dark olive skin.
Rachel had little fondness for nurses. They were, admittedly, a
necessary part of medicine, but they were also a chronic annoyance.
She found them resentful of her position and authority.

She glanced at the nurses over her magazine but they
were oblivious to her. Their conversation began with complaints
about the first shift supervisor on the third floor, west, and the
pregnancy of a mutual friend. But then it took a different turn.
Something unusual had happened on the fourth floor medical wing
last night. Rachel intensified her eavesdropping.

“Have you heard all the chatter from the fourth
floor?” the dark one asked.

“No. What happened?” the blonde replied.

“You know Beth Greensberg, don’t you?”

The blonde shook her head.

“Well, she works the graveyard shift in the medical
wing. We rode down the elevator together this morning, and she said
the weirdest thing happened last night. It seems the patient in
room 402 has terminal cancer, stomach and liver, I think, and the
doctors expected him to kick off last night. Instead, this morning
they find this guy sitting straight up in bed chatting with his
wife like he was sitting on his front porch. His skin color was
normal, and so were his vitals. He had even gained weight. Sure has
the doctors puzzled.”

“That’s not too difficult to do,” the blonde said
giggling. “So what happened?”

“I don’t know and Beth didn’t either. They called in
several doctors and kept everyone else out. But Beth saw the man
and he looked different this morning than he did last night.”

“What are the doctors saying?”

“They won’t talk about it, but her shift supervisor
was pretty shook up.”

“It is kinda’ shocking when someone gets well around
here, isn’t it?” Both women laughed.

Rachel studied them for a moment and considered
saying something but decided against it. Gossip and rumor were part
of hospital life and making a scene would achieve nothing. She
would just consider this overheard conversation for what it truly
was: a flight of fancy by bored nurses. If anything of such
magnitude had happened, then she would hear of it through proper
channels.

MUSIC SLOWLY WORKED ITS way into the sleep shrouded
mind of Adam Bridger, gently urging him awake. Adam begrudgingly
opened one eye and peered over his pillow at the red numbers on his
alarm clock. Seven o’clock and his stomach hurt. His anxiety was
always punctual. He turned off the alarm and rolled onto his back,
trying to rationalize away his nagging insecurity.

How often had he done this? Three times every week
for fifteen years. Twice on Sundays, once on Wednesday nights for
fifty weeks each year came to 150 times each year. Multiplying by
fifteen years equaled a grand total of 2,250. “Two thousand two
hundred and fifty times, and each time I fight this battle. It
should all be cut and dried by now.”

He began the morning’s routine that had been
polished over the last fifteen years. Each Sunday morning after he
showered and shaved, he would review his sermon notes over
breakfast: a bowl of cereal, a cup of coffee, and orange juice.
Then he dressed and drove to the Maple Street Community Church
where he had served as pastor for the past nine years. In his
office he would review his notes again. By the time he stood in the
pulpit at eleven that morning, the anxiety would be gone and he
would find himself enjoying the exhilarating act of preaching.

This morning, however, Adam noticed that his stomach
hurt more than usual.

HE WOULD HAVE CONSIDERED it an exceptional morning
if it hadn’t been for the persistent pain in his abdomen. Earlier
he had attributed the pain to his usual Sunday anxiety, but his
anxiety was always gone by the time the worship service started.
Even Melba Watson, president of the Woman’s Missionary Fellowship
and the church’s “official” busybody, had commented that he
appeared a little pale. Perhaps he was coming down with the flu.
That had happened to him once before and to keep from becoming ill
in the pub pit he had to cut his sermon short and exit through a
side door that led to a courtyard between the sanctuary and the
Sunday School building, He dreaded the thought of having to do that
again.

The worship service was unusually full. The church
had nearly 500 members of which about 300 attended each Sunday.
This Sunday, however, there were at least 400 people sitting in the
church’s aging pews. Adam looked over the sea of faces, noticing
the regular attendees and several people he had not seen before.
New faces always pleased ministers and Adam was no different. He
would make sure that he shook hands with them before they left.