Read By Its Cover Online 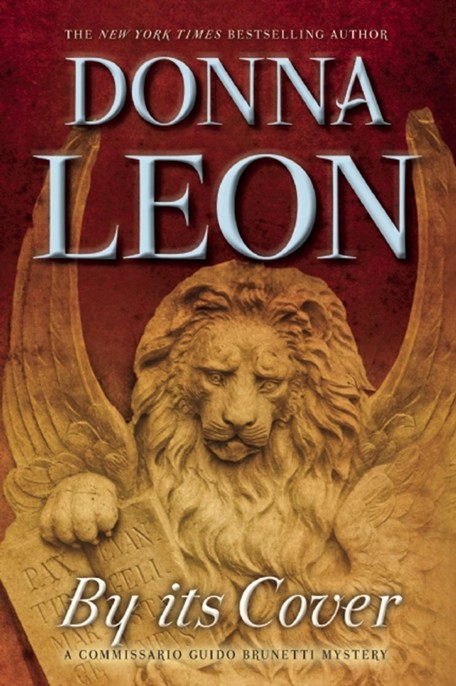 Death in a Strange Country

Quietly in Their Sleep

A Sea of Troubles

Blood from a Stone

Through a Glass, Darkly

The Girl of His Dreams

A Question of Belief

My Venice and Other Essays

All rights reserved. No part of this book may be reproduced in any form or by any electronic or mechanical means, including information storage and retrieval systems, without permission in writing from the publisher, except by a reviewer, who may quote brief passages in a review.

Scanning, uploading, and electronic distribution of this book or the facilitation of such without the permission of the publisher is prohibited.

Please purchase only authorized electronic editions, and do not participate in or encourage electronic piracy of copyrighted materials.

Your support of the author’s rights is appreciated. Any member of educational institutions wishing to photocopy part or all of the work for classroom use, or anthology, should send inquiries to Grove/Atlantic, Inc., 154 West 14th Street, New York, NY 10011 or
[email protected]
.

First published in Great Britain in 2014 by William Heinemann

an imprint of Grove/Atlantic, Inc.

Mean as he was, he is my brother now.

It had been a tedious Monday, much of it spent with the written witness statements about a fight between two taxi drivers that had sent one of them to the hospital with concussion and a broken right arm. The statements had been made by the American couple who had asked the concierge of their hotel to call a water taxi to take them to the airport; the concierge, who said he had called one of the taxi drivers the hotel always used; the porter, who said he had done nothing more than his job, which was to put the Americans’ luggage into the taxi that had pulled up to the dock; and the two taxi drivers, one of whom had been questioned in the hospital. From what Brunetti could make of the various stories, the driver from the usual company was nearby when he received the call from the concierge, but when he arrived at the hotel, another taxi was docked at the landing. He pulled up, called out the name of the Americans, which the concierge had given him, and said he was to take them to the airport. The other driver said the porter had waved to him
as he was passing, so it was his fare. The porter denied this and insisted he was simply helping with the luggage. The driver into whose taxi the porter had put the luggage had somehow found himself on the deck of the other taxi. The Americans were enraged that they had missed their flight.

Brunetti knew, but could not prove, what had happened: the porter had waved to a passing taxi so that he, instead of the concierge, would get a percentage of the fare. The consequences were evident: no one would tell the truth, and the Americans would not understand what had happened.

As he entertained that thought, Brunetti was momentarily deflected from his desire for a coffee and paused to consider whether he had perhaps stumbled upon some cosmic explanation of current world history. He smiled, making a note to repeat the idea to Paola that evening, or better yet, to tell it the following night, when they were invited to dinner at her parents’. He hoped that the Conte, who appreciated paradox, would be amused. He knew his mother-in-law would be.

He abandoned his reverie and continued down the stairs of the Questura, eager for the coffee that would help him through the rest of the afternoon. As he approached the front door, the officer at the switchboard tapped on the window of his tiny cubicle and waved Brunetti towards him. When Brunetti was inside, the guard said into the telephone receiver, ‘I think you should talk to the Commissario, Dottoressa. He’s in charge.’ He passed him the phone.

‘This is Dottoressa Fabbiani. I’m the chief librarian at the Biblioteca Merula. We’ve had a theft. A number of them, I think.’ Her voice was unsteady, the voice he had heard from victims of muggings or assault.

‘From the collection?’ Brunetti asked. He knew the library, had used it once or twice as a student but had not given it a thought for decades.

‘What’s been taken?’ he asked, preparing in his mind the other questions that would have to follow her answer.

‘We don’t know the full extent yet. So far, all I’m sure of is that pages have been cut from some volumes.’ He heard her deep intake of breath.

‘How many?’ Brunetti asked, pulling a pad and pencil towards him.

‘I don’t know. I just discovered it.’ Her voice tightened as she spoke.

He thought of the procedures he had gone through at the libraries in the city whenever he consulted a book and asked, ‘You have records of the people who use the books, don’t you?’

Was she surprised that a policeman should ask such a question? That he knew about libraries? It certainly took her some time to answer. ‘Of course.’ Well, that put him in his place, didn’t it? ‘We’re checking on that.’

‘Have you found who did it?’ Brunetti asked.

There followed an even longer pause. ‘A researcher, we think,’ she said, then added, as if Brunetti had accused her of negligence, ‘He had the proper identification.’ He heard the response of any bureaucrat beginning to formulate a defence at the first whisper of an accusation of negligence.

‘Dottoressa,’ Brunetti began, using what he hoped was his most persuasive and professional voice, ‘we’ll need your help in identifying him. The sooner we find him,
the less time he’ll have to sell what he’s taken.’ He saw no reason to spare her this reality.

‘But the books are destroyed,’ she said, sounding anguished, as at the death of a loved person.

To a librarian, damage was as bad as theft, he imagined. Changing his voice to that of Authority, he said, ‘I’ll be there as soon as I can, Dottoressa. Please do not touch anything.’ Before she could protest, he added, ‘And I’d like to see the identification he gave you.’ When there was no response, he replaced the phone.

Brunetti remembered that the library was on the Zattere, but the exact location eluded him now. He returned his attention to the guard and told him, ‘If anyone wants me, I’ve gone to the Biblioteca Merula. Call Vianello and tell him to go over with two men to take fingerprints.’

Outside, he found Foa, arms folded, legs crossed at the ankles, leaning against the railing that ran along the canal. His head was tilted back, and his eyes were closed against the early spring sun, but when Brunetti approached, the pilot asked, ‘Where can I take you, Commissario?’ before opening his eyes.

‘The Biblioteca Merula,’ he said.

‘My brother-in-law and his family live in the next building, so that has to be the address,’ the pilot answered.

‘I feared for a moment that the Lieutenant had made some new rule that obliged you to learn all the addresses in the city by heart.’

‘Anyone who’s grown up on boats knows where everything in the city is, sir. Better than a GPS,’ Foa said, tapping his forehead with his finger. He pushed himself away from the railing and made towards the boat but stopped
mid-stride and turned to Brunetti. ‘You ever hear what became of them, sir?’

‘Of what?’ a confused Brunetti asked.

‘The ones that were ordered for the boats,’ Foa answered. Brunetti stood still, waiting for the explanation.

‘I was talking to Martini a few days ago,’ Foa continued, naming the officer in charge of procurement, the man to consult to have a radio fixed or get a new flashlight. ‘He showed me the invoice and asked me if I knew whether they were any good or not. The model that had been ordered.’

‘And did you?’ Brunetti asked, wondering where this conversation had come from.

‘Oh, we all know about them, sir. They’re crap. None of the taxi drivers wants them, and the only person I know who ever bought one for himself got so mad at it one day that he pulled it off the windscreen of his boat and tossed it over the side.’ Foa walked towards the boat, then stopped again and said, ‘That’s what I told Martini.’

Brunetti followed him, puzzled that Foa had chosen to tell him this, for he must have known that there was nothing Brunetti could do, either. That was how things worked.

Foa switched on the motor and said, ‘Martini told me the invoice was for a dozen of them.’ He stressed the amount.

‘There are only six boats, aren’t there?’ Brunetti asked, a question Foa didn’t bother to answer.

‘Couple of months. Some time in the winter, I’d say.’

‘You know if they ever got here?’ Brunetti asked.

Foa tilted up his chin and made a clicking sound with his tongue: he could have been a street Arab, so much did his gesture remind Brunetti of the way they dismissed the ridiculous.

Brunetti found himself at a familiar crossroads, where he could go forward only to move backward, move sideways to move forward, or just close his eyes and take a comfortable seat and not move at all. If he spoke to Martini and learned that the GPS systems had been ordered and paid for but were nowhere in evidence, he would create trouble for himself. He could begin to look around privately and perhaps prevent further looting of the public purse. Or he could simply ignore it and get on with more important things or with things that might be remedied.

Collected Stories by Isaac Bashevis Singer
Dragon's Egg by Robert L. Forward
Christopher and His Kind by Christopher Isherwood
A Seal Upon Your Heart by Pepper Pace
Butter Safe Than Sorry by Tamar Myers
Mockery Gap by T. F. Powys
Whisper by Chris Struyk-Bonn
Deadly Harvest by Michael Stanley
Adventure According to Humphrey by Betty G. Birney
Chihuahua of the Baskervilles by Esri Allbritten