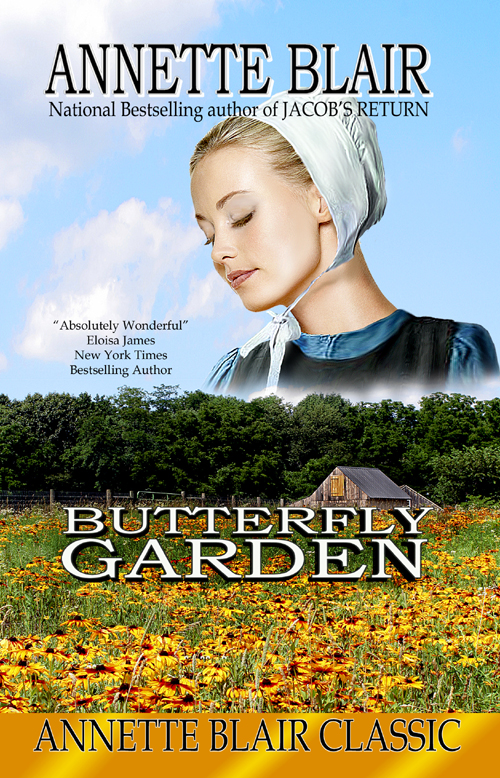 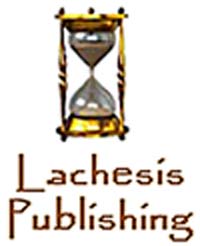 All rights reserved. The use of any part of this publication reproduced, transmitted in any form or by any means, electronic, mechanical, photocopying, recording, or otherwise, without the prior written consent of the publisher, Lachesis Publishing, is an infringement of the copyright law.

First published in print edition in 2006 by

Reprinted 2011 in e-book and trade paper by

A catalogue record for the Ebook is available

from the
National Library of Canada

Ebooks are available for purchase from

This is a work of fiction. Names, characters, places and incidents are either the product of the author’s imagination or are used fictitiously, and any resemblance to any person or persons, living or dead, events or locales is entirely coincidental.

To Lisa Norato, writer and friend

“BUTTERFLY GARDEN tells an exceptionally moving tale of life and love in a community apart from the mainstream but with humanity in common with the rest of us. … The two protagonists face many conflicts, internal and external, that give richness and suspense to The Butterfly Garden.” Jane Bowers,
RRT,
A Romance Review

“A giving, intelligent heroine, a conflicted hero, and a quartet of adorable girls will charm their way into readers' hearts in this heartwarming, leisurely paced story…. This story will appeal to historical and some inspirational fans who like their romances sexy and romantic but with a gentle, introspective touch. Blair … is a seasoned writer of both historical and contemporary romance.”
The Library Journal

“Ms. Blair writes beautiful, richly detailed characters.
The Butterfly Garden
's two lead characters practically leap from the pages of this Amish romance. This fast moving story works so well, for the most part, because these two fit together so well—despite their different temperaments. Or maybe because of their differences …. This character-driven story is also peppered with some nicely sketched, interesting secondary characters. Two, maybe three, are just begging for their own story.” Debbie Jett,
Romance Reader at Heart

Amish Midwife Sara Lapp stopped at the base of the farmhouse steps and tilted her head, as much to keep the autumn wind from slipping beneath her black wool crown-bonnet as to meet the eyes of the man towering above her on his porch.

Adam Zuckerman stood taller and more forbidding than usual in the eerie pitch of night, even barefoot and unflinching on a cold porch floor. One suspender crossed his open-throated union suit, the other hung in a loop at his side — an oversight that should make a man seem vulnerable. But Adam Zuckerman was as about as defenseless as a grizzly.

Sara swallowed and raised her chin, determined to say what no one else dared. “Abby should not be having another. You’re killing her with so many babies so close.”

Adam Zuckerman reared back as if struck, raising the hair at the nape of Sara’s neck, skittering her heart.

Even the wind howled a wild lament.

A moment of fury claimed the taciturn man, another of rigid control, before he raised his lantern high, and examined her, inch by slow insulting inch. “What know you, Spinster Sara,” said he, “of such things as should or should not happen between a man and his wife?”

A hit, dead center. Mortal — or so it seemed. Spinster Sara. And if she called him mad, like the rest of the world did, how would he respond?

Mad Adam Zuckerman, whose scowl could stop a man cold, whose presence could turn children to stone, even his own . . . especially his own. Why had this self-chosen outcast, of all people, called her to tend his laboring wife, despite the community’s stand against her?

No one could figure him out.

No one tried anymore.

Sara climbed to the porch, despite his defiant stance. “Time I looked in on Abby.”

But Abby’s husband stepped in her path. “Get out.”  That flash of emotion appeared again and vanished again.

She was the lesser of evils, Sara knew. None of her people — man or woman — wanted a man around during labor and birth, doctor or no, but without care, childbirth in their Ohio Amish Community was too-often deadly. “If you have no need for my skill as a midwife, why did you send for me?”

“Skill or no, the right to judge is not yours.”

Given the accuracy of his statement, the catch in Adam’s voice disturbed Sara. “But the right to save lives is,” she said. “Leave Abby alone for a while after this.”

His eyes went dark and hard as flint, making Sara look away, and pull her cape closed against a sudden chill.

A newborn cry rent the air, forcing their gazes to collide, Sara’s born of shock, Adam’s of regret. “Move aside and let me in,” Sara said, but Adam turned, entered, and let the door shut in her face.

Raising an angry hand, Sara shoved it hard and smacked him good, taking no solace from the hit. Stepping into the farmhouse kitchen, she was assaulted by the lingering scents of smoked ham and cabbage. A kerosene lamp on the scarred oak table flickered and hissed, hazing the perimeter of the room, but Sara knew her way and made straight for the stairs.

She stopped and rounded on him. “For the love of God, Abby could be bleeding to death!”

Adam paled, defeat etching his features with an unforgiving blade until emotion dimmed and none was left. “She’s not.”  He hooked that forgotten suspender over his shoulder with slow, even precision.

Not his words, but his misplaced action and calm voice gone brittle held her. Sara shivered. “Did you deliver the baby, then?  Before I came?”

Adam did not move so much as a muscle, yet Sara watched, mesmerized, as he struggled to tear himself from some agonizing place. “She delivered it.”

Despite the blaze in the hearth, cold assaulted Sara with knife pricks to her skin. “Then how do you—”

Her denial as involuntary as her sob, Sara grasped a chair-back for support, but none was to be found. Her pounding heart took over her being.

As if from nowhere, and without acknowledgment, a grudging if temporary amnesty flowered between Mad Adam Zuckerman and Spinster Sara Lapp. She read it in his eyes as clearly as she knew it in her soul, and she was shaken, because deep in a place she tried to keep sealed, Sara feared she had been altered.

But panic was not to be tolerated. There was death to deal with, and life. She took the stairs at a slow pace, no more prepared for one than the other.

As she approached Abby’s room, Sara saw inside where a row of pegs lined the wall. One of Abby’s dresses hung beside Adam’s Sunday suit. If marriage had a picture, this would be it. On the floor below, an aged walnut bride’s box sat open, baby clothes spilling out.

The babe in its cradle had fallen into a fitful sleep. Sara covered it with a second blanket and it sighed and slept on. When she stepped to the big bed, a second unfettered sob rocked her.

Tired. Even with her pain-etched features relaxed in death, Abby Zuckerman looked too tired to go on. Sara smoothed hair the color, scent and texture, of stale straw off her only friend’s cool brow. “Time to rest, Ab.”

Abby’s bony arms above the quilt contrasted sharply with her swollen, empty belly beneath. Even as a child, Abby had been thin, but her skeletal form looked so much in keeping with death, of a sudden, that Sara wondered why she had never noticed it before.

Just like Mom, Sara thought, ignoring the pull on her heart.

If only there’d been a midwife for Mom.

If only she’d been sent for earlier tonight. If only…

A sound from behind caught Sara’s attention. Adam must think her daft as him. Everybody knew her mother died with her brother at his birth fifteen years before. She raised her chin and turned to face her nemesis.

“A man needs sons to help on the farm,” he said, and waited, seeking understanding, Sara knew, but she did not have it to give. And after too long a time to be comfortable, he grunted and turned away. “Got to go milk. See to the babe.”

From the top of the loft ladder, Adam Zuckerman gazed down at the little midwife whose passion for things beyond her control was greater than was good for her. Sometimes life cost dearly, he thought, too dearly to be borne. Spinster Sara had not yet learned this. He almost hoped she would never have to. His girls could use some of that passion.

He, however, had learned, for good or ill and at a very early age, that in life there were no choices, no control, none. It was the hardest lesson his father had ever taught him, and the most painful.

Adam descended the ladder at a plodding pace, postponing the inevitable for as long as possible. He’d plotted his course before sending for Sara, yet to give his plan voice, set it in motion, was infinitely more difficult than he expected. This was another of life’s non-choices, however, and he
must
move forward with his intentions.

He’d heard once that a man raises his children the way he was raised, and once was enough.

Adam led his silent way to the house, the would-be midwife’s disapproval stabbing between his shoulder blades.

In the dawn-lit kitchen, somehow emptier for the loss of its mistress, Adam turned to face the woman who would never be a midwife if he had his way.

“The children will be awake soon,” he said. “When they are, you take them.”  His voice cracked with the words — words that would both save and damn him. Impatient with himself, he cleared his throat. “Keep them.”