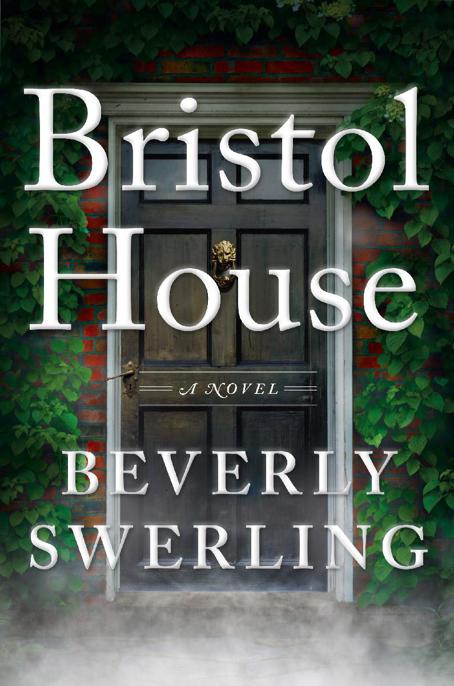 BY THE SAME AUTHOR 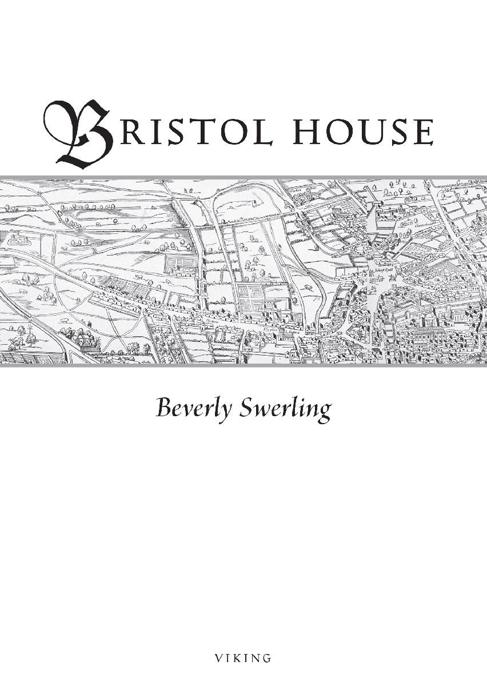 First published in 2013 by Viking Penguin, a member of Penguin Group (USA) Inc.

Publisher’s Note:
This is a work of fiction. Names, characters, places, and incidents either are the product of the author’s imagination or are used fictitiously, and any resemblance to actual persons, living or dead, business establishments, events, or locales is entirely coincidental.

No part of this book may be reproduced, scanned, or distributed in any printed or electronic form without permission. Please do not participate in or encourage piracy of copyrighted materials in violation of the author’s rights. Purchase only authorized editions

For Bill, as always.

And for Michael, our forever darling boy. R.I.P.

Bristol House
is a tale set simultaneously in the sixteenth century and the twenty-first, wherein a monk and a historian, each battered by love and terror, meet “as through a glass darkly” and hurtle toward destinies five hundred years apart yet on a collision course. 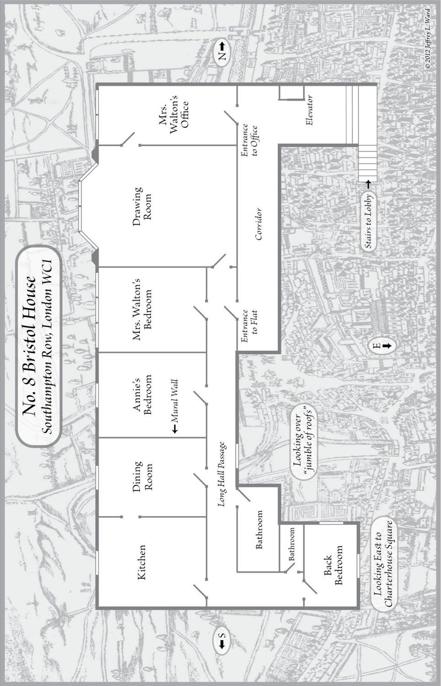 The apartment was seven rooms, much bigger than Annie needed. But it was a four-minute walk to the British Museum, where she would be working frequently, and in the heart of Holborn, the London district that was the focus of much of her research. Not to mention the appeal of high ceilings and fireplaces and tall windows that overlooked busy Southampton Row, where double-decker buses went north and south to places called Chalk Farm and Covent Garden.

“I suggest,” Mrs. Walton said, “you have a wander on your own. You must have been too jet-lagged to see it properly yesterday.”

In her sixties, Annie thought. Fair, still pretty—no doubt an English rose in her day. Possibly a family resemblance to her niece, Sheila MacPherson, secretary to the director of the Shalom Foundation, the organization that had sent Annie Kendall to England.
My Auntie Bea’s off to Singapore to visit her son, Dr. Kendall, just when you arrive, as it happens. I know she’d love to let her flat and have that bit of extra income, as long as she was sure the tenant would look after her things.

There was a certified check drawn on Shalom’s account in the bag slung over Annie’s shoulder. She was here to sign the furnishings inventory, hand over the payment, collect the receipt, and pick up the keys. Mrs. Walton was leaving early the next morning, Tuesday, the first of May. It was agreed Annie could move in as soon after as she liked.

“Go on.” Her soon-to-be landlady pressed into Annie’s hand the list of the contents of each room. “Take this with you and have a look round without me peering over your shoulder.”

“I do not. Off you go. I’ll be in my office if you have any questions.” According to her niece, Bea Walton managed property for absentee owners. Her office was at the far end of the apartment and could be reached by a separate door from the outside corridor—lofty ceiling, broad stairs, and a creaking old elevator—or from what she referred to as the drawing room. Imagine, Annie Kendall from Brooklyn living in a place with a drawing room. Not that there was anything particularly grand about the flat. Shabby chic, more like, with an air of things having been in place for many years. Settled. Sturdy. Comfortable. In other words, perfect. She took the papers from the onetime English rose and turned left, starting down the long hall that formed the apartment’s spine.

Old sketches and drawings lined the walls, along with two nineteenth-century gilt-framed mirrors that reflected wavy, mercurous images. A mahogany half-moon table held a vase of vivid yellow tulips; another, a few feet farther along, a lighted lamp. Each formed a small oasis of brightness in the dim passage. Annie’s trained eye—she was an architectural historian—made it fifty-two feet, give or take six inches. Except for a big old-fashioned bathroom, all the rooms opened off the Southampton Row side. The first door led to Mrs. Walton’s bedroom. Annie peeked inside. Two suitcases were open on the bed, and an ironing board had been set up in front of a small TV.

Next came the second bedroom, the one that would be hers. The day before—fresh off the plane from New York—she’d registered little other than a remarkable black and white mural made up of tiny overlapping pen and ink scenes of London, a helter-skelter riot that covered one entire wall. “Painted by a man named Stephen Fox,” Mrs. Walton said. “He lived here alone until he died. Got run over in one of London’s last pea-souper fogs, poor thing. I know his art is a bit odd, but we liked it, so we always decorated around it.” Annie liked it too, but the amount of detail was dizzying, like a
Where’s Waldo?
illustration.

She turned her back on the mural and looked at the rest of the bedroom. There was a bed covered in an old-fashioned crewelwork spread, a night table, a chest of drawers, an armoire, and a chair. Everything was pleasant and comfortable and inviting. Soothing enough, she decided, so she should be able to sleep despite facing the frenzied mural. She stepped back into the hall, closing the door firmly behind her.

A small dining room came next, and off it, a recently modernized kitchen. The apartment’s long passage then made a sharply angled left turn and extended another eight or so feet to a small bedroom that had probably originally been intended as a maid’s room.

She really must still be jet-lagged. She’d been wandering and gawking, trying to imagine herself living in these spaces, and forgotten she was meant to be checking the inventory. She’d have to do a second pass.

Annie opened the door to the small back bedroom. Double bed, six-drawer chest, desk, two lamps, and assorted books and decorative objects, according to the list.

The Blood-Tainted Winter by T. L. Greylock
Destiny Lingers by Rolonda Watts
Hurt Me (Your Pet For The Night) by Grace, Audrey
And Nothing But the Truth by Kit Pearson
Easy Company Soldier by Don Malarkey
The Turmoil by Booth Tarkington
Dear Boy: The life of Keith Moon by Tony Fletcher
Iris in Bloom: Take a Chance, Book 2 by Nancy Warren
Leave Well Enough Alone by Rosemary Wells
The Woman in the Photograph by Dana Gynther