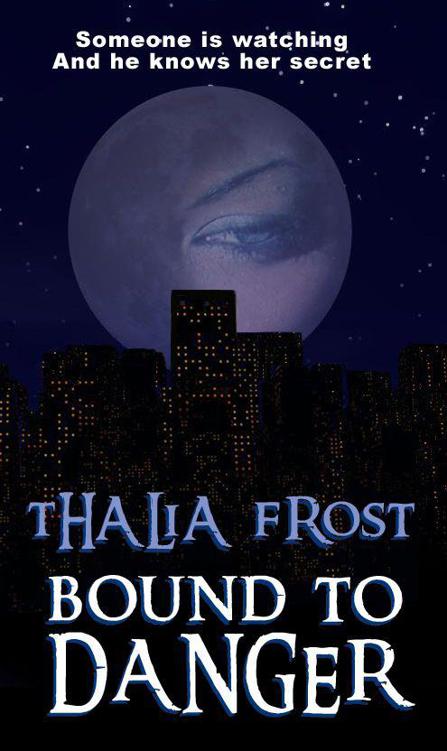 When Ivy Sharp reached her apartment, her stomach dropped. Too many police cars with lights flashing and people milling around couldn’t be good.

“What is it now?” She rolled her eyes and parked in the only spot she could find.

Generally, the neighborhood was quiet for one in Birmingham, but big city crime had its place here, too.

Ivy grabbed her laptop full of work projects and inched her way to the front door of the complex.

A neighbor she knew by first name stood on the steps watching. Ivy cleared her throat, hoping to get his attention as he stared into the distance. As usual, she could hardly speak when she got close to him. With a nearly-shaved head and a stud in one ear, he screamed hot sex and bad boy all rolled into one.

He gave her a long look, one that made her want to shiver. She knew her short skirt showed her long legs off to advantage and that he had noticed.

“You haven’t heard. Oh. Jane Dixon was murdered sometime last night. Her mother came by for a visit and found her. It’s terrible. I don’t know any details yet. Hey, are you okay?”

Finn came toward her, her vision of him blurring as her legs buckled.

He steadied her, and she leaned against him, feeling hot and cold at the same time and wanting to throw up. “I’m sorry. I should have prepared you. You and Jane were friends, right?”

“Sort of. I went to a party at her place a few months ago, but we never really had time to get to know each other.”
And now we won’t.
Ivy swallowed a lump.
Murdered?

Ivy moved out of his embrace, her face growing hot at how long she had stayed there. “Sorry. Thanks.” She looked up at him, trying not to study his chiseled features for too long. There was something dark about him that was only hinted at by the piercings and leather.

“No problem. You okay now?” He gazed into her eyes, and she cleared her throat.

“Yep. Just got dizzy thinking about Jane.” Her eyes filled with tears, and she looked away from him.

“Yeah, it is. Listen, I’ll catch you later. I have a bunch of stuff to get done, and after this, I think I need a hot cup of tea.” She gave him a quick smile as his eyes flickered over her. Ivy noticed the strange tawny color of them for the first time, the eyes of a cat on the prowl.

“Enjoy it, and take care. If you need anything, Ivy, don’t hesitate to come by. I’m usually there. If I’m not, slip a note under the door.” Finn touched her arm.

“I will. Thanks.” She turned away, her heart galloping in her chest.

He was flirting with me. Great. All I need is a freak interested in me, but he is hot...

Ivy put the kettle on for tea, feeling ashamed at her thoughts when Jane was dead. She wanted to know the details. The thought of her acquaintance being murdered there in the building made her get up and run to lock both bolts on the door.

Ivy flipped on the television. The story was blaring.

“Oh my god.” The idea of it made her shake as did her own demons. Had Jane Dixon liked rough sex and bondage?

They had never talked about it, and who would with just a few casual meetings between them? Ivy wished they had, and her longing for a female confidant who could understand her returned. It would be wonderful to know she wasn’t alone. She thought of her several encounters with the few men who would tie her up and dominate her. The memory made her go hot all over.

But this guy murdered Jane, and maybe she didn’t want what he was offering.

“No shit,” she whispered softly. Ivy moaned, putting her head in her hands
. Sounds like the kind of guy I’d date.

Finn’s face flashed through her head as she swallowed a gulp of the bracing Earl Grey. “Ridiculous. I don’t even know his last name.”

Doesn’t matter, he wants you, and you know it.

The thought sent fire through Ivy’s veins. Just to look at Finn, he struck her as the type of guy who would do whatever a woman wanted and maybe a few things she didn’t know she wanted. That’s why she had stayed away from him. Her last relationship had been a joke. Sure, John would dominate her, but he had also cheated with multiple women. Ivy wondered if a man could be healthy and like the things she did.

And what does that mean about my mental health?

The shrilling of the phone made her jump.

“Get a grip.” She jerked her cell phone off the table, pressing send.

“Oh my god, Ivy. Have you seen the news? Are you okay?” Guy Black’s voice came over the line, thin and worried.

“Well, I am. Some crazed killer is on the loose in your building.”

“I don’t know about that. That might be a bit dramatic.” Ivy sighed, sitting on her couch. Guy was straight, but he came across as super sensitive. She had once had a crush on him, but his lack of aggressiveness had made it a no go.
Too bad. He’s a great person and friend. I’m just too screwed up to appreciate it.

Ivy knew he was half in love with her, and that made it even worse. They hung out once in a while, but something stood between them, perhaps the knowledge that more wouldn’t work.

“I want you to be sure the doors are locked. Call me if you need anything. Seriously, Ivy. This worries me.”

“I know. It worries me, too. Thanks, Guy. I appreciate it. I’ll see you tomorrow.”

“See you then, babe. Take care. Keep your cell by the bed just in case.”

She clicked end and sighed. That’s all she needed-- Guy obsessing and worrying about her all the time. But Ivy had to admit that it felt good to be worried about.

She scraped together some dinner. The last thing she wanted to do was go out anywhere. The thought of leaving her apartment and walking dark streets made her breathing quicken.

She ate her tuna sandwich and drank her tea in front of the television. When a news report came on about Jane, she flipped it off.

Can’t take that tonight.
She didn’t want to know any details yet. Daylight would make it bearable, but for now, she jumped at every noise as she got her laptop out and checked her email. Her heart raced, and her thoughts moved from Jane Dixon’s death when she saw
his
name in her inbox. A shiny, new message promised to take things to the next level.

Hey, Ivy. Let’s get together. All the sexy talk has me ready to tie you up and go to town, and we’ve both waited long enough. I feel like I know you, and I hope you feel the same way about me. What do you say? Your place or mine tomorrow night at 7?

Ivy closed her eyes, her pulse pounding. She had met Remy through an online dating service, something she had never tried until a couple months ago. They had hit it off immediately with a shared love of bondage and other things. His long black hair and chiseled body hadn’t hurt any either.

“What to write?” She put her head on her hand for a minute, grinning.

Ivy clicked send before she could take it back. Squealing, she got off the couch and did a little dance.

Finally, it was going to happen, the night she had dreamed about from almost his first email. Images of Remy tying her up flashed through her mind, and she moaned.

She yawned and went to get ready for bed. Tomorrow would be exciting.

The man chuckled to himself.

Today was just the beginning. Jane Dixon-- he had only known her from a brief encounter at a bar-- had only whetted his appetite with her petulant glances and awkward come ons. The look in her eyes when she understood made his night. He loved that look of sheer terror and full knowledge. They didn’t expect it from him. He tightened his fingers around the cold cuffs, feeling his erection return.

Tomorrow and all the tomorrows after that will bring more fun.

He fingered his handcuffs and the other instruments of exquisite delight he kept in his inner chamber.

Ivy made the mistake of turning on the morning news as she was grabbing a bagel.

“Jane Dixon’s murder... appears to be a sex crime. Witnesses saw her at the Easy Club earlier in the evening, but no one remembers her leaving with anyone in particular. The victim was found cuffed to her bedposts, apparently suffocated to death.”

Ivy flipped the TV off, bile rising in her throat. “Oh my god. Oh, poor Jane.” Tears sprang to her eyes, even as she wondered again if Jane had liked that kind of thing.
Like I do...

She pushed the thought from her mind.
She met up with the wrong guy, or maybe he was a friend, some random psycho.
Ivy shivered and walked out of the apartment, thoughts of Remy filling her head.

“So, you were okay last night?” Guy stopped by her desk, his handsome face etched in concern. As usual, he was dressed to the nines.

“I was. It’s just a shock and poor Jane.” She sighed, pushing her hair out of her eyes.

“I know. I can’t believe anyone would do something like that. Did you hear she was cuffed to the bed?” His big, blue eyes widened, and he spoke in a hushed tone.

“I did. Yeah.” She kept her reply curt, not wanting to talk about it.

“Okay, I’ll change the subject. Got plans tonight? Want to catch a movie?” He sat on the side of her desk on some insurance forms she was filling out.

“I’d love to, but I have something going on.”

Guy didn’t ask what. “Okay, some other time. Take care. If you need anything, call me, Ivy. I don’t like that this happened in your building.”

She gave him a big smile, and he walked out of her office.

The day dragged by. Ivy managed to scoot out of her office right at five. She rushed home, wanting plenty of time for a bath and to relax before Remy came.

She walked into her apartment, stowing her stuff and heading straight for the bathtub. Sighing, she ran the water in the old clawfoot tub she loved so much and sprinkled rose bath salts in it. The scent was irresistible or so she had been told by men. Shucking her clothes, she stepped into the steamy water, moaning with pleasure as the tension of the week dripped away.

Somebody Up There Hates You by Hollis Seamon
Silence Over Dunkerque by John R. Tunis
Laurinda by Alice Pung
Special Agent Maximilian by Mimi Barbour
Shadows Will Fall by Trey Garrison
Dreams Unleashed by Linda Hawley
Depth Perception by Linda Castillo
Winter's Destiny by Nancy Allan
My Story by Elizabeth Smart, Chris Stewart
The Prince of Exiles (The Exile Series) by Emerson, Hal