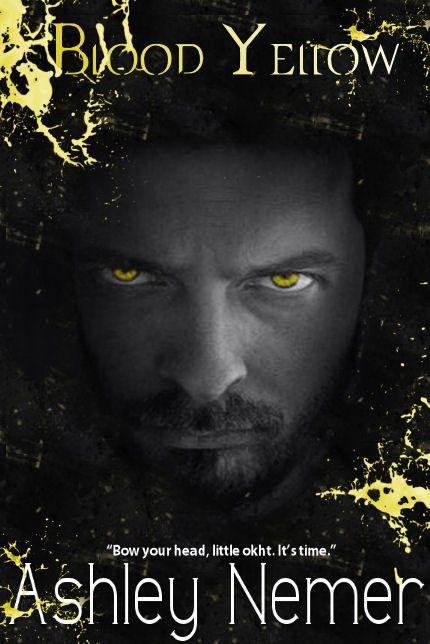 Book Two of the Blood Series

Book Two of the Blood Series

No part of this book may be reproduced except small excerpts for review
purposes without the expressed written consent of the author. This includes
any reproductions by forms including but not limited to electronic and
mechanical.

All characters inside this book are works of fiction from
the author, and any resemblance to a real person is purely coincidental.

A product of the

Other Works By Ashley Nemer

Whispers of the Heart – Found inside Whispers in the Dark

This book is dedicated to four women whom I consider family. One I have known my most of my life. The other three I met through our shared love of books. You four each brings me inspiration, comfort, love, and sisterhood. Thick or thin, in some form or fashion you all have stood by me in my craziness. I love all of you. I am blessed to have each of you in my life.

I’d like to thank Gabi Eissa for all of the assistance with the Arabic phrases, and Anne, Tevya, and Teri for all of my pre-editing assistance.

used inside of the text

Abb- The
formal use of the word 'father'

Baba - The informal use of the word 'dad'

Omm - The formal use of the word 'mother'

Mama - The informal use of the word 'mom'

Bent Amm – Niece on Father Side

Ebn
' Amm - Nephew on Fathers Side

Bent
Amma - Niece on Mothers Side

Ebn
' Amma - Nephew on Mothers Side

Every time you think you have life figured out,

something happens, and your world is changed from that

moment on.
My Omm and Baba knew this, and that’s

why they taught us how to fight and
lead, together as a unit.

Z
ayn could feel the water pounding on his back as it poured from the walls. He sat in his own living hell. His servants and ghuls ran through the house, trying to turn the pipes off. Plaster and woodwork collapsed all around him. His world no longer mattered. He had just watched anyone he cared about walk out of his life without giving him a second thought. What more could be done to prove to them that he could love them both and protect the species? His pain and anger poured out of his psyche, the mansion slowly flooding itself from the emotional wreck he was in.

“King Zayn, help!! Stop this!!”
he heard someone yell.
Who was it?
He didn’t care. It was not one of his girls; therefore they did not matter.

Tears ran down his face, landing on his lips so he could taste their salty flavor.
They tasted of heartbreak and pain.

He felt someone touching him. He did not care whom it was, but no one touched him. He stood up on the stairs and slowly turned around, eyes bright yellow. “Don’t. Fucking. Touch. Me!” Zayn pushed the Algula back away from him, sending him into the water on the floor running down the stairs. He leaned over, grabbing the body by the collar, and threw him to the left. The man crashed into the wall, the sound of pictures and paintings falling to the floor and shattering echoing in Zayn’s mind.

Down in the foyer, Nasir watched as Zayn attacked one of the servants, the man not moving but lying in the water.
Shit
.

Nasir started heading for his king, taking the steps two by two. Reaching the top, he watched as Zayn aimlessly walked down the hallway. “
Sire, please,” he heard the servant whimper. Kneeling down, Nasir grabbed the man in his arms and lifted him out of the water. One of the ghul’s came up the stairs. Nasir handed the servant off, instructing the guard to get him medical help. Nasir looked back down the hallway and could not see Zayn anymore.
Where did he go?
Walking down to Nikole’s room, he opened the door and saw his king lying on her bed, holding something in his hands. Nasir couldn’t make out what it was. Stepping into the room and closing the door, he made his way over to the bed and looked down at Zayn, a man whom he considered an ebn’.

“Zayn,
you have to stop the water. You have to get your emotions under control.” Nasir watched him lying still, not responding, giving no indication that he was listening to what was said to him.

“Zayn, please focus. Listen to me; this
isn’t going to help anyone. You have to stop the flooding.” Nasir watched Zayn turn his head to the side, his eyes looking back up at him.

“
You are like my own ebn’. Please, let me help you. Stop the water, and I’ll help you.” Nasir could see now that Zayn was holding a picture of himself with his family close to his chest. He knew the pain Zayn must be feeling right now was crushing.

The water from the pipes started to slow,
eventually shutting off.  Nasir saw the pain in his yellow eyes, his heart aching for the ones he loved. He felt the elements one by one start to dissipate out of the house.

“Alone,
that is what I am. No one to love me or to care. Why should they? Look what I so easily did. Undeserving, that is what I am.” Zayn took the picture of his family and laid it against the pillow that Nikole used to lay her head on. “I do not deserve them anyway. I was never good enough. Maybe if I had just let the Algula be ruled by Haydar three centuries ago, thousands would still be alive, and I would not have to worry about this pain because I would be dead.”

Nasir sat next to him on the bed. Never having been
shy in the past with affection, he wrapped his arms around Zayn and pulled him into his embrace. Holding him tight, he watched the heart of a man he loved like his own flesh and blood break and shatter. “Ebn’, we will get through this. I’m not letting you go through this alone. We will get them back. You will be complete and whole again.”

Zayn allowed his arms to wrap around Nasir. He knew it was a sign of weakness to
accept comfort for one’s own mistakes, but what choice did he have? This man had been an abb to him for the last three hundred years, and before that he was his shebeen, family, always had been. Maybe what he said was true, and they could get his life back together.

“I
do not understand what happened, Nasir; I just don’t. All I wanted was for Nikole to stay here, with me, where she could remain safe. I did not want her to fight; I didn’t…” Zayn tried to choke back the tears but couldn’t. He leaned into Nasir’s shoulder and cried.
Gods, I am so pathetic, crying like a woman about love and pain
.
Could my life get any worse
?
They might as well castrate me right now; put me out of my misery
. Zayn knew his abb was looking at him in disgust. He had let his parents down; he’d lost everything. Literally nothing was left in this world to make him worthy of the crown. “Nasir, how did I become like this?”

Nasir stood and pulled Zayn up with him, shaking him soundly, then pushed him back onto the bed. “You have not let anyone down. Your
baba and mama would be so proud of the man you have become. This is just a momentary hiccup. Do not lose faith in the man or the king that you are. Nikole wasn’t going to necessarily live with you forever; maybe it was time for her to go out on her own. That does not mean you were a bad akh or an ebn’ who let his parents down. You have ruled the Algula with pride and honor. That is all they ever wanted.”

Zayn stood up from
the bed and walked to Nikole’s dresser that was now covered in water, the wood absorbing the moisture. Looking around the room, he saw the wall damage with the pipes sticking through them. Ashamed, that was how he felt. He’d really blown it this time. “Nasir, I need to go. Take care of things while I am gone. I’ll be back soon.” Zayn vanished before Nasir’s eyes with no indication of where he was going or when he would be back.

Lockdown by Diane Tullson
Secret Identity by Graves, Paula
Miami, Mistletoe & Murder (Red Stone Security #4) by Katie Reus
Birching His Bride (Domestic Discipline 1) by Angel, Golden
The Fiction of Forever (A Stand By Me Novel Book 2) by Brinda Berry
Regency Spymasters 01 - Spy Fall by Diana Quincy
House On Windridge by Tracie Peterson
The Year Nick McGowan Came to Stay by Rebecca Sparrow
Good Sister, The by Diamond, Diana
Ask Not For Whom The Panther Prowls by Astor James Monroe