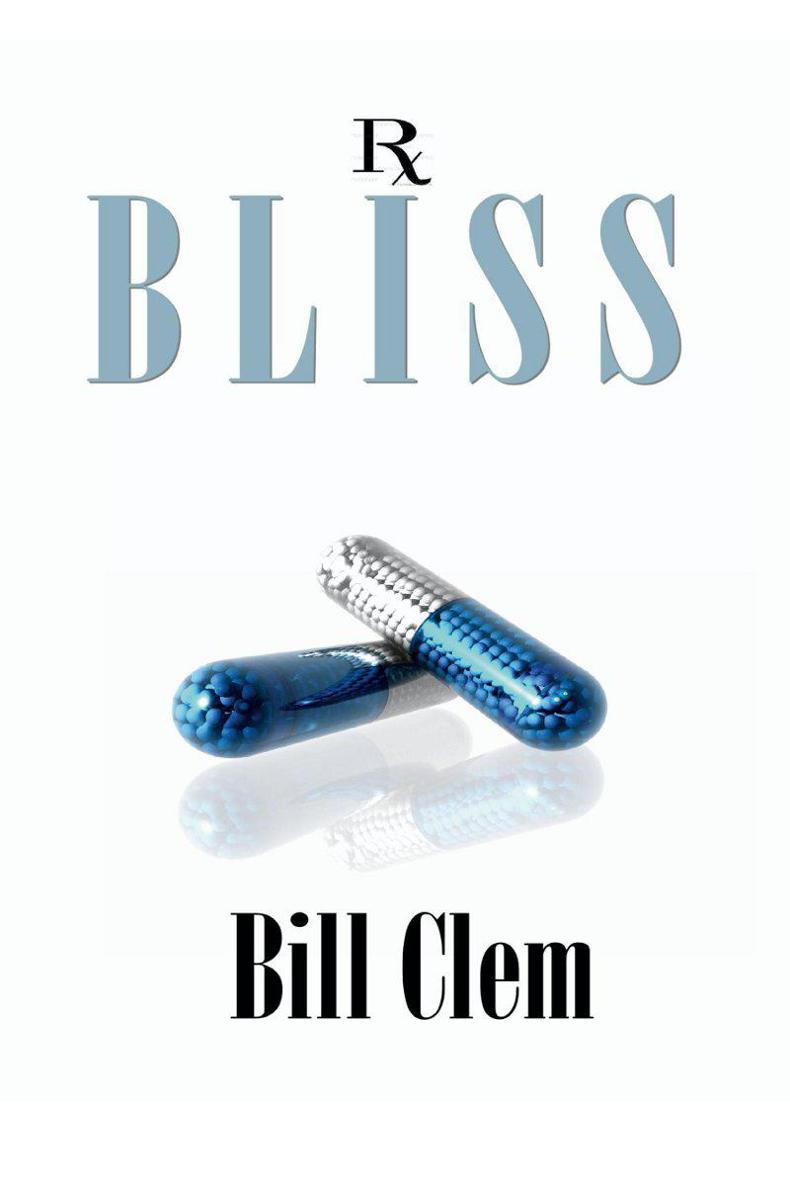 All rights reserved. No part of this book may be reproduced in any form or by any electronic means, including information storage and retrieval systems, without permission in writing from the author, except by a reviewer who may quote brief passages in a review.

They All Fall Down (Holland Carter Detective Series) (2008)

This one’s for the guys at PNC

Dr. Frederick Meyer had returned
to the starting point of the rocky canyon trail just in time. Fifty yards distant, someone was breaking into his car.

Security had been the last thing on his mind when he’d parked amid the beauty of the snow-dusted Grand Canyon forest an hour before to tape some of the scenery for his family. His had been the only car around.

But there was no mistaking the man’s intent. The thief was male, tall, wearing an institutional uniform and frantic–going at the door with some type of tool--oblivious to Meyer’s presence.

Meyer hesitated and weighed his options. He was in fair shape for his fifty years, but the thief was probably twenty years younger. Yet the man’s effrontery triggered a primal rage.

As he stood in silence trying to decide what to do, the sound of a helicopter reached his ears from the right, faint at first but coming fast. For a moment more his eyes remained on the thief. Then, without thinking, he dropped his video-recorder to the ground and dashed out of the trees, yelling as he ran, trying to keep his footing on the snow-covered ground.

“What the hell do you think you’re doing? Get away from that car!”

The thief jerked upright instantly, staring in Meyer’s direction. Meyer stopped in his tracks, uncertain what to expect, but the man just stood there acting confused, looking from Meyer to the sky overhead and back again, his right hand pawing the car door ineffectually. His actions were more frantic than threatening.

The helicopter flew closer now, and the man heard it, too, his eyes darting away from Meyer as he shielded his vision and strained to see the machine overhead. He stepped back and stumbled, then regained his balance and retreated a few more steps. Suddenly the chopper swooped in from the right of Meyer’s position and slowed to a hover over the parking area. The pilot hesitated for a minute, as if inspecting the car amid the swirls of snow kicked up by the rotors’ downwash. Meyer could see someone in the left seat straining to look down. The helicopter accelerated in the same direction it had come from, the noise of its rotor blades and jet engine receding slowly as it disappeared from view over the trees. When he looked back to the car, the thief was gone.

Frederick Meyer had instinctively backed up a few steps and retreated toward the trees when the helicopter appeared. He’d stumbled over his video-recorder, breaking a small strap that held an identification tag. Now he came forward and scooped up the recorder, but the ID tag fell unnoticed to the forest floor.

Meyer hurried to his car. The door handle bore deep scratches from the metal-tool the thief had used. He was no professional car thief.
In fact...

Meyer turned and looked in the direction of the receding sounds of the helicopter, remembering the logo on the side of it.

Suddenly it all made sense.

He wasn’t after the car at all.
He wanted what was in it.

Meyer felt his heart began to pound from the adrenaline. Meyer was faint and dizzy, his chest hurt. He fumbled with the keys, opened the car door, then clambered sideways into the driver’s seat to catch his breath. The helicopter was still less than half mile away, apparently circling.

I’ve got to get out of here now!

He swung his legs inside the car and closed the door. He yanked open the glove box and looked inside.
Thank God it’s still there
.

Just as his hand touched the ignition key, something slammed against the side of the vehicle. Meyer jerked his head to the left and found himself staring into the crazed eyes of the man who’d tried to break into his car moments earlier.

With adrenaline pumping, Meyer frantically twisted the key in the ignition.
Nothing.

The man pounded on the window, his eyes wide with anger. Somewhere in the background Meyer heard the staccato sound of the helicopter, but the man’s pounding drowned it out. When the man disappeared for a minute, Meyer lunged for the passengers’ door. Suddenly pieces of safety glass exploded in Meyer’s face. Instinctively, he held up his hands, then opened the door and crawled out.

The man appeared more interested in getting into the car than getting him.

Meyer staggered to his feet and started to run, then realized that beyond the South Rim wall in front of him, a sheer three hundred-foot drop to the canyon floor awaited.

Paralyzed with fear, he stood motionless, contemplating his next move. When he turned around, a muffled burst opened a hole in his shirt and sent him reeling backwards. Thick blood shot out in an arch as he clawed at the stone wall to keep from falling.

Through glazed eyes, he saw the helicopter land in the parking area and pick up the man. Then Meyer had his last and only thought.
They found it. God help them!

A second later, Frederick Meyer’s legs caved in and he tumbled over the edge.

Into the chasm below.

Katherine Blair strolled into the
giant boardroom of Imec Pharmaceuticals and gazed down the length of the forty-foot-long mahogany table. The enormous piece of furniture with the IMEC logo inlaid in black cherry and walnut dwarfed everything else in the room and, Katherine knew, reflected Stephen Vetter’s ego. In addition to the table, the room contained three Salvador Dali originals, a Venus Flytrap, a granite wet bar, and of course, the requisite Evian water cooler. As Imec’s CEO, Vetter was known for his extravagance as much as his ruthless business practices.

He sat at the far end of the huge table sipping a bottle of Diet Coke. He was still in white shorts and matching shirt; his usual attire after a morning of tennis at Scottsdale Country Club. Katherine helped herself to a glass of water, hoping it might calm her nerves.

“How are we coming with Bliss?” Vetter asked.

“The formulary is finished,” Katherine said, “but Dr. Meyer’s notes were vague on certain dose parameters with regard to side effects.”

Vetter pounced. “Katherine, I’ve told you before; there are no side effects with Bliss. Meyer and I discussed it just two days before he died. He made it clear that every model he ran on the computer, showed no effect at all when administered in a normal dosage. So why all the skepticism?”

As Katherine sipped the cool water, she gazed at Vetter. He was forty-six, but his taut physique and spiked blond hair, made him look ten years younger. At the moment, his blue eyes looked tired with the weight of countless sleepless nights.

A virtual unknown before his appointment as CEO six months earlier, he now promised his stockholders untold billions from a new designer drug the company had created. Called Bliss, it was a new class of Selective Serotonin Uptake Inhibitor, allegedly free from side effects, unlike all its predecessors.

Someone had killed the lead scientist and designer of the drug, Frederick Meyer, six months earlier, when he had interrupted them in the middle of a car theft. They’d recruited Katherine to replace Meyer, a job she felt reluctant to take, but after Vetter’s generous offer, and her own soaring ambition, she had agreed.

Now, as she readied the drug for FDA trials, she sometimes questioned the logic in that decision. Bliss in fact, carried
many
questions that Katherine had yet to answer. And when she brought it to Vetter’s attention, he always downplayed it and referred back to Meyer’s studies.

Truth be known, the side effect profile of Bliss bothered Katherine. Although the computer models, now as reliable as people for objective data, there was no replacement for a human subject when it came to side effects.

Katherine finally cleared her throat and spoke. “The FDA is very particular about designer drugs. Especially in light of all the problems with serotonin reuptake inhibitors.”

Vetter’s eyes narrowed. “I told you. Let me worry about the FDA.”

“Well what about a control group?” Katherine countered. “We can’t get a control group ready in the time frame you’ve set forth. Even if the FDA does approve it. It’s a long process of selection. It will take me a least six more months.”

A moment later Vetter arrested her with a firm hand on her shoulder, a squeeze that was just a little too sharp to be affectionate. Katherine felt him bending over her shoulder, whispering into her ear.

“Katherine, I don’t have six more months.” Vetter came around in front of her and his face softened. “But I promise you, I’ll have your control group for you, shortly. You just get the formula ready. I’ll take care of the rest.”

Robert Applegate ambled out of
the Tropicana Casino and onto Atlantic City’s boardwalk just after midnight. The aroma of pizza and french fries filled the air, and late night tourists crowded the concession stands. Applegate peered out at the blackness of the ocean and heaved a deep sigh.

Fire in the Lake by Frances FitzGerald
Rock Hard by Hunter, Adriana
My Secret Life by Leanne Waters
Thirty Pieces of Silver: A Play in Three Acts by Howard Fast
Some Are Sicker Than Others by Andrew Seaward
The Scarlet Empress by Susan Grant
The Lipstick Clique by Weaver, David
Ladd Haven by Dianne Venetta
The Painter of Shanghai by Jennifer Cody Epstein
What Lies Within (Book 5) by Martin Ash