Authors: B. A. Shapiro 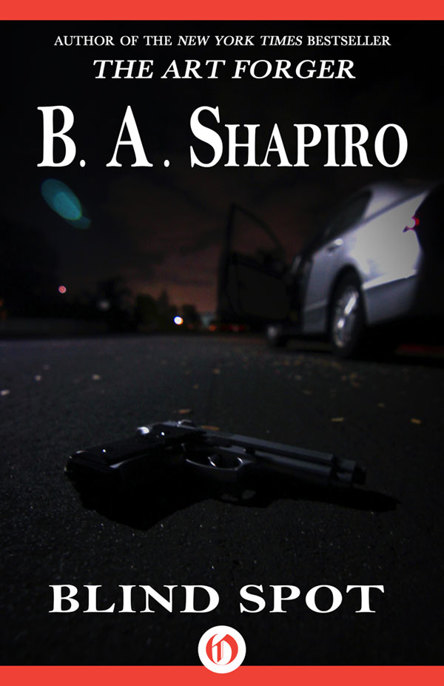 BE THE FIRST TO KNOW ABOUT
FREE AND DISCOUNTED EBOOKS

M
CI-Watkins sits on an asphalt island between the north and southbound lanes of Interstate 95 like a barricaded rest stop from which there is no exit for those who reside within. This prison houses only women inmates; its male twin is about twenty miles down the road. No matter how many prisons Suki visited, she always had the same reaction. As she came within sight of the building, every law she had ever broken came roaring back at her: the marijuana she’d smoked in college, the time she’d accidentally made two IRA contributions in one calendar year, the expired inspection sticker currently attached to her windshield. As Suki carefully parked between the two yellow lines of a designated visitor’s spot, she cast an apprehensive glance over her shoulder. Guilty as charged.

Although she hadn’t had enough time to prepare for this meeting—nor, if she decided to take the case, was she going to have the pretrial preparation time she usually demanded—she was more resigned than concerned. Resigned, because as a forensic psychologist with a fairly new private practice, a nonsupportive ex-husband, two teenage children and maxed-out credit cards, she wasn’t in the position to be too choosy about her clients. Unconcerned, because over the years she had conducted more initial assessments than she could count: in courthouses, in psychiatric hospitals, in fancy drug rehab centers—and in just about every prison in New England.

Yesterday afternoon, Mike Dannow, possibly the best defense attorney in the state, had called. “Know this is short notice,” he told Suki in the clipped way he always spoke, as if he were just too busy to complete his sentences. “But I need a favor. Big one. Got a major murder trial coming in three weeks. Retrial of one of my own from a decade ago. Very complicated. Interesting. But my shrink’s leaving the country to receive some big mucky-muck award in Amsterdam, or some such place, and I need a replacement. Need the best. Need you.” Suki didn’t ask why he hadn’t hired her first.

According to Mike, his client, Lindsey Kern, had always maintained a ghost killed her boyfriend, but he hadn’t allowed this into evidence during the first trial, fearing an insanity verdict and assuming—incorrectly—that the jury would accede to his argument of accidental death. It had taken him almost ten years, but he managed to dig up a piece of evidence the prosecution had failed to disclose, and then use it to petition the court for a new trial. No one ever said Mike Dannow wasn’t a smart operator. “And now Lindsey’s gotten worse,” he had explained to Suki. “Nine years in the can and she thinks she’s clairvoyant. Floats around seeing things going on miles away. Believes she knows what’ll happen tomorrow.”

As Suki recalled Mike’s words, the shadow of the boxy prison fell over her, and she shivered in the early spring air. He had no way of knowing how close this case cut, nor how frighteningly seductive it promised to be. Pulling her coat tightly around her, she looked up at the barbed wire riveted to the top of the mean-looking metal fencing, then hurried to the entrance.

The front door to the prison was unimposing, and Suki entered a room that was strongly reminiscent of a small-town bus station with its vinyl flooring, plastic chairs and row of vending machines. But the corrections officer—for some reason, in Massachusetts, the designation “guard” was considered politically incorrect—at the front control was also behind a wall of bullet-proof glass. He spoke through an intercom which made his voice sound as if he were five hundred miles away. “Dr. Suki Jacobs?” he muttered, pulling out a grimy piece of paper. He ran his hand down the typed list. “No Suki Jacobs here.”

“How about Suzanne Jacobs?” she asked. Her real name was Suzanne, but her father had nicknamed her Suki when she was a toddler and it had stuck.

The officer patiently read his list once again. “Still not here,” he rasped through the static.

“I’m taking over for Dr. Nathan Breman,” she pressed. “I have an appointment to meet with one of the inmates at two o’clock. Lindsey Kern.”

“Shrink, huh?” he asked with a slight smirk.

“I suppose it’s possible you have an appointment,
miss
,” he said, emphasizing the “miss” in place of the “doctor.” “But I can’t let anyone in whose name isn’t on my daily roster.” He touched his finger to the bill of his hat in a way that clearly indicated she was dismissed.

Suki reached into her briefcase and pulled out an envelope. She pushed it through the small space below the window. “It’s from Superintendent Rizzo,” she said, “authorizing me to visit Ms. Kern at any time I wish.” Suki had played this game long enough to know to come prepared. Even in a women’s prison, it was a male world, and neither women nor psychologists were highly regarded.

The officer skimmed the letter and grunted, then said he would have to check. While he called the superintendent’s office Suki walked to the bank of pay phones next to the vending machines and called her service. She asked that they hold all her messages, with the exception of emergencies, until further notice. Suki felt it was rude, as well as therapeutically undesirable, to allow one patient to infringe on another’s time. Just as she hung up the phone, the officer called her name and motioned her through the metal detector. She retrieved her letter with a smile. He ignored her.

After the metal detector there was a trap, a small room in which the door in front of you can’t be opened until the one behind you is locked shut. The air in the trap was overheated and stale. Suki was glad when an officer ushered her through, even though he immediately barked, “You don’t have to go to the john, do you?”

When Suki said no, the officer softened. “It’s real easy to hide drugs around plumbing,” he explained. “If you had to go to the john, you’d have to go back to the front area and then I’d have to take you in again.” He shook his head. “Bill always forgets to ask people before he sends them through.” Then he led Suki down a corridor lined with small interrogation rooms. He pointed into one. “They’ll bring her to you in a couple of minutes.”

Suki looked into the room. It was dark and small, and held nothing but two chairs. There was no window. Although Lindsey Kern, with her college degree, middle-class upbringing and single-offense rap sheet, was one of the “better people”—eloquent prison vernacular for the more accomplished inmates—Suki was not about to go into a closed room with a convicted murderer. Complacency could be lethal. Watching your back at all times was a requirement of the job. “I’d prefer a room with a desk and a panic button,” Suki told the officer. “Is there one available?”

The man shrugged and led her further down the hall. He opened another door and bowed sarcastically. “The button’s at the end there,
Doctor
,” he said, then turned and left her alone.

Suki found the panic button under the edge of the old wooden table. After assuring herself the button was in easy reach, she flipped the catch on the window to open it. Only then did she sit down and begin pulling papers from her briefcase. She had hoped to squeeze in a few hours to review the Kern files earlier in the day, but between Alexa’s insomnia the previous night and a suicidal patient first thing this morning, the time had just not materialized. Initial interviews were both difficult and intriguing: part psych intake, part legal assessment, part therapy session, part dancing lesson.

After fifteen years of working in the forensic trenches at Roxbury District Court, assessing the competency, sanity and criminal responsibility of Boston’s hardest core, Suki left public service to set up a practice in forensic consulting and posttraumatic stress therapy—a combination more compatible than might appear at first glance. It was hard work with no regular paycheck, but Suki loved the entrepreneurial freedom and excitement, and she was beginning to develop a reputation for impartiality in the courtroom and sensitivity in the office that permitted her to pay most of her bills. The call from Mike Dannow was a sign that the envelopes with
PAST DUE
stamped across their faces might soon be a thing of the past.

Mike wanted her to develop an opinion as to Lindsey Kern’s state of mind at the time of Richard Stoddard’s death. This opinion was to be rendered in a multisection report called a forensic evaluation, followed, if Mike found her conclusion appropriate to his defense, by court testimony. So Suki had less than three weeks to determine whether Lindsey was legally sane or insane at the time of the alleged crime, a determination that came down to answering two questions: Could Lindsey understand that killing Richard was wrong? Could Lindsey stop herself from doing it? It was that simple—and that difficult.

Suki retrieved a blank evaluation form from her briefcase; she had developed this twelve-page forensic questionnaire about ten years ago. She began filling in the top portion with the little bit of information she knew from Mike’s materials: name, date of birth, attorney, charges, correctional facility, date of the alleged offense(s).

She had only been able to skim Lindsey’s files, but still, it appeared to Suki that Mike’s case was weak. Based on the testimony of Edgar Price, an eyewitness who claimed he saw Lindsey push her boyfriend, Richard Stoddard, down the stairs, Lindsey had been convicted of second-degree murder. But Mike had petitioned the court for a retrial after he unearthed a statement of Price’s that had not been shared with the defense during the discovery process, as was the law. The statement acknowledged that previous to Stoddard’s death, Lindsey had told Price she was seeing ghosts, an incident Price never mentioned at the first trial, an incident he refused to discuss when Mike visited him at his office.

ARC: Under Nameless Stars by Christian Schoon
RockMySenses by Lisa Carlisle
To Desire a Wicked Duke by Jordan, Nicole
Rising Dark (The Darkling Trilogy, Book 2) by A D Koboah
Chilling Effect by Unknown
Blood and Destiny by Kaye Chambers
A Raisin in the Sun by Lorraine Hansberry
Pack and Mate by Sean Michael
Ignition by Riley Clifford
The Demon Who Fed on a Shark by Hyacinth, Scarlet