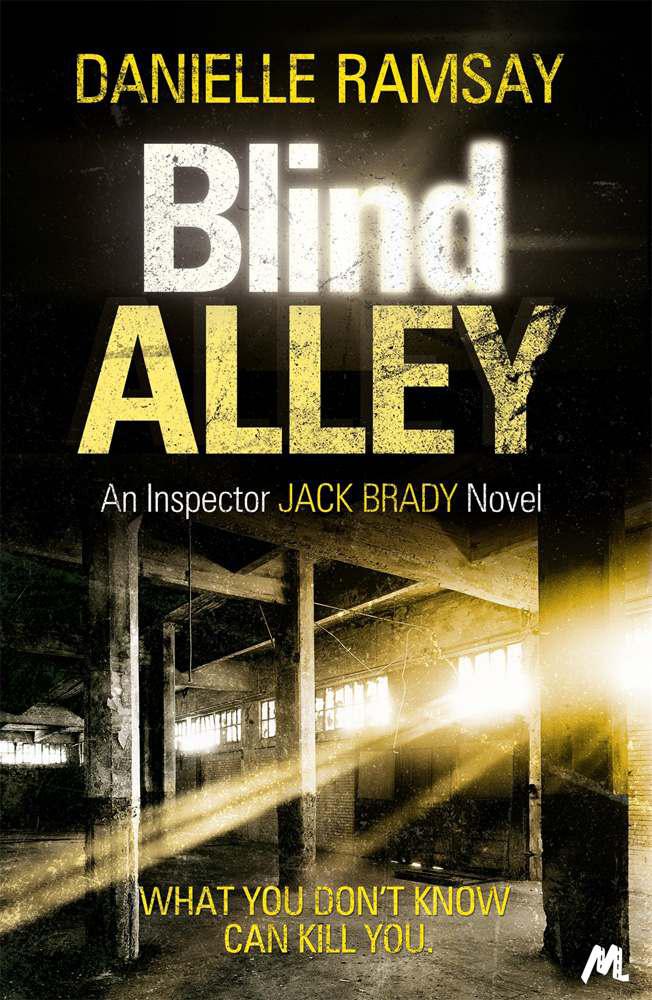 First published in Great Britain in 2013 by Mulholland Books

An imprint of Hodder & Stoughton

Work has been asserted by her in accordance with

the Copyright, Designs and Patents Act 1988.

All rights reserved. No part of this publication may be reproduced,

stored in a retrieval system, or transmitted, in any form or by any

means without the prior written permission of the publisher, nor be

in which it is published and without a similar condition being

imposed on the subsequent purchaser.

to real persons, living or dead is purely coincidental.

To the memory of Jack Ramsay

‘There is no hunting like the hunting of man, and those who have hunted armed men long enough, and liked it, never really care for anything else.’

He watched her as she came outside. She couldn’t see him – he had made sure of that. He sat back in the dark and waited. It was the anticipation of what was about to follow that he savoured more than the event itself. He licked his bottom lip. The location was perfect. Rundown and deserted. If anyone heard anything they wouldn’t get involved. People here minded their own business. She couldn’t have chosen a better place for what was about to happen to her.
If only she knew . . .

He smiled to himself. He clenched and unclenched his hands as mentally he walked through the various scenarios he had meticulously planned.

Trina McGuire pursed her bright red lips and sucked on her tab as her cold, hard eyes scanned the shadowy street corners. It was second nature for her. A silver saloon car turned slowly off Saville Street West down onto Borough Road, casting its harsh beam over her. Blowing out smoke seductively, she looked in the direction of the driver. The silver car was now parked directly opposite her with the engine idling. The driver’s face was in shadow but she knew he was watching her. Before she had a chance to walk over, he drove off. She was no fool. She was aware that the glare of his headlights had done her no favours. The roots of her long, straggly, bleached-blonde hair and the uneven fake-tan smears on her arms and legs would be all too visible.

She was getting too old for this game. And she was cold, despite it being mild for late October. She wrapped her thin, bare arms across her low-cut vest top in an attempt to keep warm.

She rested her back against the wall and listened to the dull thump of U2 on the jukebox inside as she smoked. Anything to calm her nerves. She had never known the streets to be so dark and quiet. Business was virtually non-existent. Even the Ballarat pub was empty apart from the hardcore regulars. She shivered again. She could feel the small, prickly hairs on the back of her neck standing up. She didn’t know what it was, but something felt wrong. Maybe it was just her nerves getting the better of her, but she couldn’t shake the feeling that someone was watching her. She glanced up and down the badly lit street. She couldn’t see anyone.
Or could she?

‘Fuck this!’ she muttered as she threw away what was left of her cigarette.

She turned on her three-inch red heels, about to go back in.

Before she had a chance to realise what was happening, he had already dragged her into the alley behind the pub where the rubbish bins were kept. A large leather-gloved hand covered her mouth, preventing her from screaming. Panicking, she struggled to get free but it was futile. He had the upper hand. He was at least six foot one and built like a Rottweiler on steroids.

Suddenly his other hand was tearing at her vest top. He found her breasts and started twisting and pulling at them roughly.

She felt physically sick. She wanted to vomit as his hand mauled her. But she knew that no matter what he did to her she had to keep focused. Her mind was racing. She was trying to process what was happening to her and at the same time trying to figure out how to get free.

Then it hit her. The news. It had been all over the news. There was a rapist in the area.
Shit! Shit! Shit! How could she have been so stupid?

The police had put up photofits of the bloke throughout the local pubs. There was even one pinned by the toilets in the Ballarat. He had attacked three women in the past two months. And from what she’d read in the local paper that evening, the third one had been hurt pretty badly – enough for the poor cow to need reconstructive surgery.

Tortured thoughts tore through her mind.

She was confused. She was sure he had only struck in Whitley Bay. She had been relaxed about the story because this was North Shields. How wrong could she have been?

She used all her strength to prise his hand from over her mouth. Her long manicured nails snapped and split as she scratched and tore to no avail at the gloved hand. If she could scream it might be enough to scare him off. Desperate, she took her chance and bit as hard as she could through the leather to the flesh underneath.

His reaction was sudden and swift. He raised his knee and rammed it as hard as he could into the small of her back to make her let go.

It had the desired effect.

She was too winded to realise what was about to happen.

The first blow was a surprise. It split her nose clean open. She heard the sickening sound of snapping bones as his fist connected with her face, followed by the hissing of escaping air and blood. She was stunned. She had no chance of protecting herself against what was to follow.

The second punch was harder than the first. It smashed into her face with such force that her left eye socket imploded. Her head snapped violently backwards as her teeth ricocheted off her bottom lip, bursting it open like a swollen dam. Her legs gave way beneath her as everything went black.

Minutes passed as she lay on the ground, her body consumed with a blinding agony. Nothing made sense. All she knew was that she hurt so badly she was certain she would die. Slowly, the hazy fog started to lift. She remembered that she’d been attacked. He had dragged her into the perilously black alley behind the pub. She was aware that she was lying on something cold and hard – the ground. She must have collapsed after he’d punched her.

She could feel the panic overwhelming her.

She looked around in the darkness for him.

Where are you, you bastard? Where the fuck are you?

Her left eye had swollen shut and her right eye was nothing more than a slit. But it was enough to see the glow of a cigarette in the blackness by the large waste bins.

She realised with sickening clarity it was him. That he hadn’t finished with her – not yet.

‘Where is he?’ he asked, throwing his cigarette butt away.

His voice was seamless and flat, devoid of any emotion.

It was this that scared her. It was the voice of someone capable of murder.

Her mind spun as she tried to figure out who he was after.

Realising he wasn’t getting anywhere with her, he decided to jolt her memory. He walked over and bent down.

She waited, expecting him to hit her again, but he took her by surprise when he started caressing her bare thin legs with his gloved hand.

She trembled as he touched her gently. He slowly moved his hand further and further up her legs until it was under her skirt.

She tried to struggle, to get his hand away from between her legs. But he had her pinned down.

Agamemnon's Daughter by Ismail Kadare
Do Cool Sh*t by Miki Agrawal
Blackberry Winter: A Novel by Sarah Jio
Heat by Jamie K. Schmidt
No Such Person by Caroline B. Cooney
Damaged by Elizabeth McMahen
A Place Called Home by Dilly Court
Just His Type (Part One) by June, Victoria
Hue and Cry by Patricia Wentworth
True-Blue Cowboy Christmas by Nicole Helm