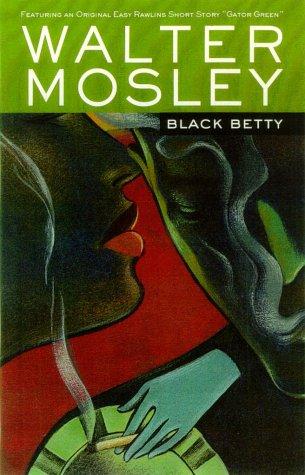 It’s 1961, and Easy Rawlins’s real estate empire is deep in the hole. Desperate for cash, Easy accepts money from the oily white detective Saul Lynx to track down a beautiful black woman whose raw sensuality has left a trail of chaos and mayhem in her wake. 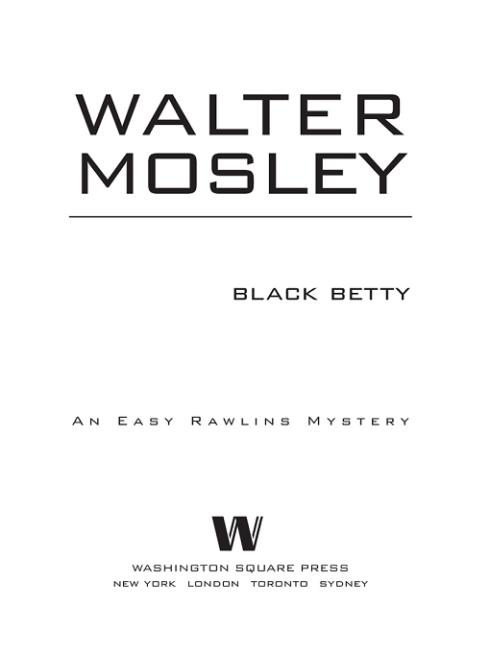 I AWOKE WITH A START in almost complete darkness. I didn’t know where I was. The mattress was too soft. I reached over to get my watch but the night table wasn’t there. I almost fell off the lawn chair onto the porch. Then I remembered how hot it was in the house. The kids, Jesus and Feather, had taken the only working fan to blow air from the window into Jesus’s room. I’d come outside to the screened-in porch at two A.M. after waking up to find myself sweating in the bed.

I sat up trying to throw off the nightmare. It had been almost five years, but Bruno died in my dreams at least once a month—more often recently. I’ll never forget him being nailed to the wall by my best friend’s gun.

I tried to think of better things. About our new young Irish president and Martin Luther King; about how the world was changing and a black man in America had the chance to be a man for the first time in hundreds of years. But that same world was being rocked almost daily by underground nuclear explosions and the threat of war.

Across town an old friend of mine, Martin Smith, lay dying. He’d been the closest thing to a teacher that I ever had. I knew that I had to go see him, to say goodbye, but I kept putting it off.

And through it all blew that hot September wind. It wouldn’t let me rest. It just got hotter and hotter while my temper wore thin.

I wanted to feel better but all I had was the certainty that the world had passed me by—leaving me and my kind dead or making death in dark causeways.

A strip of dawn light showed above the houses across the street. A better day might have been coming, for some people—but not for everyone. Bruno was in his grave almost five years now, while Mouse languished in the state prison at Chino for manslaughter. I was in a kind of prison too. A prison of guilt, a prison of my mind.

My hand went straight for the pistol in the night-table drawer again. But I wasn’t in my bedroom. I was naked, not even under a sheet, outside in the dark. I grabbed a ceramic ashtray that Jesus had made me at summer camp.

“Whoisit?” I tried to sound calm. The silhouette in the screened doorway was a man—somewhere between five foot six and six foot five. With my free hand I took the sheet from the floor and held it to my crotch.

“Huh? What?” I clutched the misshapen slab of clay so hard that it cracked in my hand.

“I know it’s early,” the white man said. “But it’s important that I speak with you. I got your name last night, but by the time I got a chance to come over it was too late. I was going to wait outside until later, but when I came up to check the address I heard you talking in your sleep. You see, I have to talk to you this morning.”

“Then why don’t you get-ass away from here and call me in the mornin’?” I could feel the strength in my arm build to the point where I could have hurled the ashtray through the screen. If he had touched the latch on the door he would have been a dead man.

But instead of taking any chances he said, “I’ve come to offer you a job. But you’ve got to start today—this morning.” Then he said, “Can we turn on a light or something?”

I didn’t want him to see me with no clothes on. It was like I was still in a dream, as if I were vulnerable if someone could see my skin. I wanted to linger in those shadows, but I’d learned that you can’t hide in your own house—if somebody knows where you live you’ve got to stand up.

I wrapped the sheet around me like an African robe and reached inside the front door to switch on the porch light. Mr. Lynx was still hidden in the faint light beyond my screen.

He was a smallish man in a light brown cotton suit and a loose dark brown tie. His nose was the only big thing on him—protruding and somehow shapeless. If you’d forgotten his name you would have said, “You know, the guy with the nose.” His cap was brown. He had on a white shirt to go with his pale skin. His eyes were brilliant green.

Saul Lynx smiled and bobbed his head, but I didn’t take his hand.

“You won’t be needing that.” He was looking down at the ashtray. “I don’t blame you for sleeping outside on a night like this. In the summers back in the Bronx when I was a boy I spent more time on the fire escape than I did in the apartment.”

“What do you want, man?” I didn’t have patience for his small talk.

“Like I say,” he answered, unperturbed, “I’ve got a job for you. There’s a woman missing and it’s my client’s desire to find her quickly.”

The shadow of night was lifting from Genesee Avenue. I could make out the shapes of large carob trees across the street and the neat little lawns of my neighbors.

“Can we sit down?” Saul Lynx wanted to know.

“Say what you got to say, man, and then get outta here.” I had children in the house and didn’t want this stranger too comfortable in their home.

Saul Lynx had a smile that was just about as sincere as the kind of grin the undertaker puts on a corpse. “Have you ever heard of a woman named Elizabeth Eady?” he asked.

Her name struck a dark chord at the back of my mind. It fit with the humid September heat—and with my dreams.

“She’s lived in L.A. for almost twenty-five years, but she’s from Houston originally,” the little man was saying. “From down in your old neighborhood, I think. The only picture I have of her is this one.” Lynx handed me an old brittle photograph. Its colors were rose-brown and tan instead of black and white. It wasn’t a posed portrait, but a kind of snapshot. A young woman on the front porch of a small house. She was smiling at the time, leaning awkwardly against the doorjamb. She was tall and big-boned and very dark, even the rose coloring couldn’t hide Betty’s blackness. Her mouth was open as if she were smiling and flirting with the photographer. It brought a sense of intimacy that few amateur photographs have. Intimacy but not warmth. Black Betty wasn’t your warm sort of homemaking girl.

Betty was a great shark of a woman. Men died in her wake.

If you heard that a friend of yours was courting Betty you could start crying then, because he was bound to come to harm. She had something about her that drove men wild. And she wasn’t stingy with her charms. If a man could afford her supper, and her drink, she was happy to be with him. She’d go out with him on Monday, Tuesday, Wednesday, and Thursday nights—all night. Betty wasn’t the kind who sat home, so if Friday came and his pockets were empty—Betty was gone. Because when the sun went down, Betty and Marlon (Marlon, that was Betty’s fancy half brother), they hit the streets. And if one man couldn’t pay, another one was happy to take his place.

Back then there weren’t too many of your colored men who could afford a steady diet of Betty. Many a night, yesterday’s boyfriend went up against tonight’s man. Betty could draw blood three nights in a week, and if it ever bothered her she never let it show.

I had seen her sashaying down the wooden sidewalks of Houston’s Fifth Ward. I was a raggedy twelve-year-old and she was more woman than I had ever seen in one place. She wore black lace, gloves, and fur and smelled so good that I forgot who I was. It was out in front of a bar called Corcheran’s on Blanford Street. I guess I was looking pretty hard, my nostrils were probably flared out too.

I had to swallow before saying, “Uh-huh, yes’m. You ’bout the prettiest woman I ever seen.”

But instead of listening to him Betty came over and kissed me—right on the lips. She pushed her tongue out but I was too slow to open my own mouth. When she pulled back from me I fell on the ground from leaning into the embrace that didn’t come.

They all laughed at me, all the men standing outside. But Betty didn’t laugh. She was moved by her power over me. I would have fallen down for her any day. I would have jumped out of a window for her kiss.

“Do you know her, Mr. Rawlins?” Saul Lynx asked.

Dawn had come while I studied the picture. A car drove by and tossed a newspaper onto my lawn and the lawn next door. Almost immediately a spidery white woman came out of her house to retrieve her paper. Mrs. Horn was insomniac and impatient. She’d probably been waiting for hours just to get the news.

“Well…” He took a long time with the word as if to say that he didn’t know whether to believe me or not. “That doesn’t matter, not really. You’re known for finding people in the colored part of town. That’s why we need you.”

“I’m the only one you need to be concerned with.”

“Nothing as far as I know. She worked for a woman almost the whole time she’s been up here. But something happened. Miss Eady quit and left her job and now her boss wants her to come on back.” Saul Lynx smiled and caressed his nose like it was a favored pet. “She didn’t leave a forwarding address and there’s no Elizabeth Eady in the book.”

“Two hundred dollars now and another two hundred when you find her.” He pointed his baby finger at me. “But the job has got to be done quickly. From what I understand, the woman who’s paying is very upset and wants to find Miss Eady soon.”

“From what you understand?”

“Well, you see,” he said, almost apologetically, “I haven’t actually met the woman. She doesn’t deal with dicks. It’s her lawyer who hired me.” He took a small fold of bills from his pants pocket and handed it in my general direction.

I had the ashtray in one hand and the picture in the other.

It was more than I had in the bank. At one time I was flush with the income from apartment buildings I owned. I’d bought them with a windfall I’d come upon in 1948. But since then I’d stretched myself pretty thin trying to make it in the real estate game. I was almost bankrupt. The house I lived in was rented. We ate beans and rice for dinner three nights a week.

I put down the ashtray and took the bills. They were damp from being in his pants.