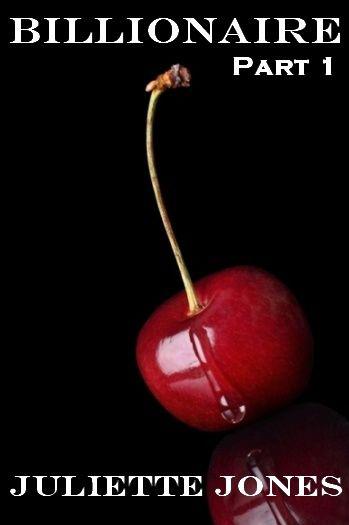 All rights reserved.  No part of this work may be reproduced, distributed or scanned in any electronic or printed form without permission.

BILLIONAIRE is a work of fiction.  The characters and events portrayed in this book are fictitious.  Any resemblance to actual persons, living or dead, events, or locales are entirely coincidental.

I felt a cool sense of confidence as I rode the elevator skywards, not because I thought I was in the running for the job I was about to interview for, but for the opposite reason.  It was a dream job, beyond the scope of my experience, and I knew I was unlikely to score a gig this good.  Sure, I had an English degree from Princeton; I’d graduated near the top of my class; I’d brought along a portfolio of publishing credits.  But I was hardly alone in those credentials.  The small, neat ad for CEO’s assistant at
Skyscraper
would attract the best of the best.  Every college graduate within a three-state radius would be clambering to get their résumés seen.  Not because we had a lifelong dream to be a CEO’s assistant, but because an underling job like this one would lead to other opportunities within the company.  And it was a company that every aspiring writer and journalist alike would have sold their teeth to work for.  That rare combination of glamorous and highly acclaimed,
Skyscraper
was the It magazine of the year.  I knew most of the other applicants would have more experience than I had, which happened to be exactly none, since I’d graduated only two weeks ago.

So it was with a sense of resigned defeat that I approached the meeting.  Still, as I checked out my look in the glass reflection of the polished elevator walls, I couldn’t help but notice that my new makeover had definitely done wonders.  At the insistence of my roommate, Eva, who’d orchestrated not only a shopping spree but also a pampering frenzy, I’d undergone a startling transformation.  I had a stylish new haircut.  I’d been massaged, waxed, trimmed, glossed and groomed
to within an inch of my life.  New city, new priorities, Eva had proclaimed.  You’re no longer a student, you’re a hot young urban professional, she’d told me.  Living the dream in New York City.  I’d argued that I wasn’t a professional until I actually landed a job but she’d laughed that comment off as a technicality.  Looking like you do, it’s only a matter of time, she said.  Employers love hot, and you, my friend, are the total package.  Time would tell if Eva’s estimations were at all accurate.

I tried to let her enthusiasm rub off on me as I studied my own reflection.  My long, honey-blond hair fell in sleek, waving skeins; highlights of platinum caught the light.  My incongruously dark eyelashes had been lengthened by some carefully-applied mascara.  A light green wrap sweater over a short black skirt hugged my curves and emphasized the green of my eyes.  I had wondered if
the V of the neckline was too low for a job interview but Eva had laughed at my prudishness and ordered me to ‘get real’.  She’d even insisted that I wear no bra or underwear.  According to Eva, it was the secret to success.  It gives you an added sensuality that no one can quite put their finger on, according to Eva.  I’d protested, of course, but her mulishness had won me over.  Just try it, she’d insisted.  You’ll see.  So here I was, clad from head to toe in exactly one layer of clothing.  To-die-for black leather boots completed the outfit.  The boots had cost a fortune, but Eva had reasoned that the cost would spur my impetus to get earning as quickly as possible.  I didn’t bother telling her I had that impetus anyway, cringing every time I thought of my student loan.  Anyway, I knew I’d never looked better.  And it was true: my wanton secret made me feel bold and somehow risqué.

With that in mind, as the elevator binged and the doors slid open, I took a deep breath, squared my shoulders and entered the lobby of
Skyscraper
.  A lone receptionist sat behind a large mahogany desk with a massive print of the New York skyline mounted on the wall behind her.  She watched me approach and took in my hair, my body and my boots with a somewhat critical eye.  If I had worried that more than hint of my own cleavage was visible, I laid that concern decisively to rest now, as the receptionist’s ample breasts were barely concealed by an almost-sheer fitted black top.  Her outfit, her gleaming long dark hair and ruby red lips seemed to announce that her after-work plans were already on her mind.
Employers love hot.
Apparently so.

“Yes.  I’m meeting with the interview panel at three o’clock.”

“Actually, Miss Carmichael, several members of the panel are otherwise engaged this afternoon.  You’ll be meeting with Mr. Wolfe himself.”

I had heard rumors about Alexander Wolfe’s reclusiveness and also his ruthlessness and acumen when it came to matters of business, but even so, I felt a small sense of relief.  Public speaking had never been my strongpoint, and a one-on-one meeting sounded less intimidating than a full-blown inquisition before a panel of many.

“He’s expecting you,” said the receptionist. “Go right on down this hallway.  Take the elevator up to the 27th Floor.”

The phone rang and the receptionist gestured down the long wood-panelled hallway before she picked it up.  I wanted to ask her what number Mr. Wolfe’s office was, but she was already immersed in conversation.  His door probably had his name on it, I reasoned.

Fine, I thought.  I can handle this.  No problem.  A brief interrogation by a stuffy publishing executive, followed by a dismissive ‘We’ll call you if we’re interested’.  I knew already it was a phone call that would probably never come.  I’d wait a few weeks before reality settled in, as I meanwhile resumed my search through the classifieds for an opportunity that mig
ht be slightly more realistic.

I walked down the hallway, finding the elevator.  I wondered if this was a private elevator.  I knew it was not the same one that accessed the lobby of the building.  And as the doors closed, I noticed the elevator car had an opulent air, with gold features and lengths of plush velvet panelling.  When I reached the 27
th
floor – the top floor – I stepped out to a glass hallway boasting a killer view of the city below.  There were several swanky leather chairs flooded with sunlight that I wouldn’t have minded sitting in for a while, appreciating the view.  Next to the chairs was a single door.  So Mr. Wolfe was the
only
executive with an office on the 27
th
floor.  Maybe he was the president of the company, or the lone CEO –a thought that didn’t help ease my nervousness.  I wished now that I’d read up on the power structure of
Skyscraper
.  I’d only seen the ad in the paper two days ago and between my shopping agenda and Eva’s grooming-appointment schedule, I hadn’t had time.

I knocked on the door.

It may have been a full minute before the door opened.  A man stood there, silhouetted momentarily by the sunlight streaming in from behind him.  If I had been expecting an ordinary, middle-aged, work-addled managerial type, I was sorely mistaken.  In fact, it took a few moments for my eyes to adjust to the extent of my miscalculation.  There was nothing ordinary about this god-like creature.

He was tall, and big, dominating the space entirely.  His black hair was neat but slightly longer than one might expect from a man of power, which he clearly was; it touched his collar, lightly curling in places.  He wore an extremely well-cut suit but didn’t appear entirely at ease in it, as though it constricted a natural wildness t
hat could barely be contained.

“Mr. Wolfe?” I said, and my question came out breathy and cautious.

His eyes were as black as his hair and were narrowed in surprise at the sight of me, as though I had somehow caught him off guard.  His face was swarthy and tanned, and his features were incongruously rugged for the setting, as though he spent more time sailing the Southern seas or wrangling broncos than doing deals in an oppressive, airless boardroom.  He was too masculine to be called beautiful but it was a word that came to mind.  His full lips twisted into a slight sneer as he motioned with one hand for me to enter, his eyes trailing intently across my face and my body as I stood before him.

“Ms. Carmichael.”  His voice was deep, tinged with bass notes that sounded almost like a purr.  “Please, come in.”

I experienced a violent rush of contradicting urges.  Deep-rooted instincts piqued with genuine warning, which I found unsettling.  Was he dangerous?  Even more disconcertingly, these warnings were overridden by a potent wave of undiluted longing, which stunned me with its ferocity.
I don’t care if he’s dangerous,
I thought.  I could not tear my gaze away from his huge, broad shoulders and his strong arms, where the muscles were defined even under the layers of his clothing as he clutched the edge of the door with gripping, brutal fingers, opening it further.  Isolated and alone as we were, I couldn’t help feeling I was walking into Mr. Wolfe’s lair.
No one will hear you if you call for help.
Oddly, despite this flicker of fear, I didn’t hesitate.

I walked into the room and felt a thrill of anxious excitement as he closed the door firmly behind me, clicking the lock into place.  “You’re very punctual, Ms. Carmichael.  I like that in an employee.”

“Lila.”  My name, spoken in that molasses-rich voice, sounded strangely erotic, like the subtle vibrations of his speech poured lazily into my body, charging me with a new, sensuous hum.  I wanted to hear him say it again, to groan it, to growl it in deep, pleading tones.
What was wrong with me?
This was not like me at all.  I was a clean-cut girl, a scholar, punctual, reliable, conscienscious to a fault.  And embarrassingly inexperienced.  I’d had boyfriends, but this was the first time I’d ever felt such an instantaneous and desperate pull of white-hot lust.  That his mouth caressed my name in that way seemed almost indecent, as though he’d tasted a part of me.  At that thought, my nipples tightened as I watched his mouth.  His full, pouting lips.
What would that mouth feel like on my body?  Licking.  Biting.  Everywhere.