Read Between Black and White Online

Between Black and White 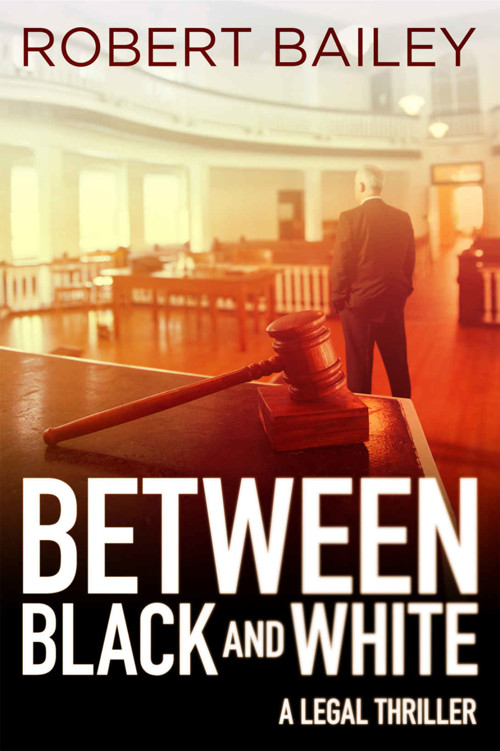 “
The Professor
is that rare combination of thrills, chills, and heart. Gripping from the first page to the last.”

—Brian Haig, author of
The Night Crew
and the Sean Drummond series

“Robert Bailey is a thriller writer to reckon with. His debut novel has a tight and twisty plot, vivid characters, and a pleasantly down-home sensibility that will remind some readers of adventures in Grisham-land. Luckily, Robert Bailey is an original, and his skill as a writer makes the Alabama setting all his own.
The Professor
marks the beginning of a very promising career.”

—Mark Childress, author of
Georgia Bottoms
and
Crazy in Alabama

“Taut, page turning, and smart,
The Professor
is a legal thriller that will keep readers up late as the twists and turns keep coming. Set in Alabama, it also includes that state’s greatest icon, one Coach Bear Bryant. In fact, the Bear gets things going with the energy of an Alabama kickoff to Auburn. Robert Bailey knows his state and he knows his law. He also knows how to write characters that are real, sympathetic, and surprising. If he keeps writing novels this good, he’s got quite a literary career before him.”

“Robert Bailey is a Southern writer in the great Southern tradition, with a vivid sense of his environment, and characters that pop and crackle on the page. This book kept me hooked all the way through.”

No part of this book may be reproduced, or stored in a retrieval system, or transmitted in any form or by any means, electronic, mechanical, photocopying, recording, or otherwise without express written permission of the publisher.

Amazon, the Amazon logo, and Thomas & Mercer are trademarks of
Amazon.com
Inc. or its affiliates.

For my mom and dad, Beth and Randy Bailey

The boy sat on the floor in the den of the two-bedroom shack, listening to the Cardinals game on the radio and practicing his only vice—chewing a big wad of bubble gum. His mother was still at the Big House, cleaning up after the party, but his father had just gotten home, his job done for the night. The boy lay on his back, blowing bubbles and throwing a baseball up in the air and catching it with his mitt.

The gunshots startled him.

They came from outside the house. Two blasts from a twelve-gauge. The boy was only five years old, but he knew what a shotgun sounded like. His father had taken him hunting several times, and he had fired one himself the last time they went. The boy scrambled to his feet and looked out the window.

He saw a wooden cross. Like the cross behind where the preacher spoke at church. It was on fire. Behind the burning cross were men dressed in costumes. Long white robes covered their bodies, and white hoods masked their faces. Holes had been cut out of the hoods for their eyes. All of them held shotguns across their body. One of the men stood a couple feet in front of the others and wore a darker hood than the rest. In the glow from the burning cross and the half moon above, this man’s hood appeared to be red.

With one arm the man with the red hood raised his shotgun and fired twice more in the air. The boy jumped back, then knelt to the floor and crawled closer to the window, peeking over the edge of the sill. As he did, Red Hood spoke.

“Roosevelt Haynes, get your ass out here!”

The voice, rough and deep, sounded familiar to the boy, and he felt the hair on his arms begin to rise.

“Roosevelt, I know you’re in there!” Red Hood continued, taking a step forward. “Don’t make us tear down that door!” The voice was louder. Closer. And the boy definitely recognized it.

“Daddy?” the boy called out, his heartbeat thudding in his chest. “Daddy, what is Mr. Walton—?”

A large hand clasped around the boy’s mouth, drowning out his words. The boy started to scream but then relaxed as he heard his father speaking softly in his ear. “Easy now, Bo, let me see.”

Then, slowly removing his hand from the boy’s mouth, Franklin Roosevelt Haynes peered out the window.

It was only a whisper, but the boy, who was kneeling just inches away from his father, heard it. “Daddy?” the boy whimpered.

Roosevelt ducked down and brought his index finger to his lips, shaking his head at the boy. Then he peered over the sill again. This time he said nothing, but his shoulders slumped, and a noise escaped his lungs that sounded like the moan of a wounded animal. Barefoot and shirtless, crouching below the window in the red pajama bottoms he wore every night at bedtime, Roosevelt covered his face with his hands and mumbled something that the boy couldn’t understand.

For the first time in the boy’s life, his father—a stocky, barrel-chested man who could handle cows and other livestock like they were rag dolls—looked small. Fear slithered up the boy’s chest and took hold of his heart like a boa constrictor. “Daddy?”

Finally, Roosevelt removed his hands from his face and turned his eyes toward the boy. With their heads almost touching, Roosevelt spoke into the boy’s ear. “Bo, I need you to promise me a few things.”

The boy started to cry and turned his head away from his father.

“Damnit, Bo, look at me.” Roosevelt grabbed the boy’s shoulders and shook them, and the boy did as he was told. “Bo, this is goin’ be hard on your momma. Promise me that you’ll take care of her.”

Roosevelt stole a glance out the window, and the boy heard Red Hood’s voice again.

“Roosevelt, you got twenty seconds! Then we set fire to the house.”

The other men began to chant something in a low hum, but the boy couldn’t make out what they were saying. His father faced him again, still holding tight to his shoulders.

The boy’s teeth chattered. It was ninety-five degrees outside. Deep in the dog days of August. There was no air conditioning in the shack, but the boy was freezing. His tears had dried.

“All right, nigger!” The voice was even louder. Closer to the house. “Ten seconds!”

His father didn’t budge, his eyes focused on the boy. “Bo, you probably goin’ hear things about this. About why they done this. Don’t believe ’em. Not a word. You promise?”

“One day your momma
. . .
she’ll tell you everything, you understand?”

Bo nodded, and his father hugged him hard—so hard it hurt a little—and kissed the boy on the cheek.

Roosevelt stood and took two steps toward the front door.

Fighting back fresh tears, the boy lunged for his father, grabbing him around the ankles and squeezing as tight as he could. “Don’t go, Daddy. Please don’t go.”

Roosevelt knelt and gently removed the boy’s hands, holding them in his own. “Bo
. . .”

The boy looked up into his father’s eyes.

His father grabbed the doorknob and turned it. “All right now, I’m coming out!” Before he shut the door behind him, Roosevelt Haynes looked at the boy one last time.