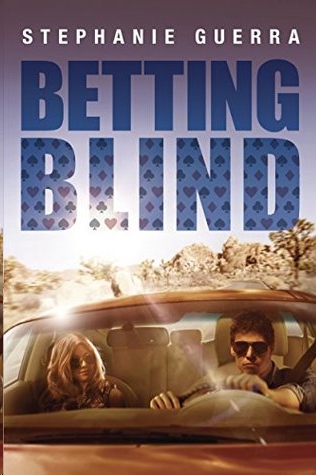 * “[A] spectacularly realistic portrait of a teen torn between her former friends and the new girl in school . . .”
—School Library Journal
, starred review, audio edition

“In her debut, Guerra demonstrates insight into the temptations and troubles of late adolescence, all rendered with nicely flowing prose and dialogue. She grounds her story in reality, and her characters come across as interesting, believable individuals, with Stella especially sympathetic and Ruby a standout original. . . . A strong new voice.”
—Kirkus Reviews

PRAISE FOR
BILLY THE KID IS NOT CRAZY
:

“Most readers, children and adults, will cheer for Billy instead of his folks the whole way through, even as he’s acting up. . . . It’s really hard not to like Billy.” —
Kirkus Reviews 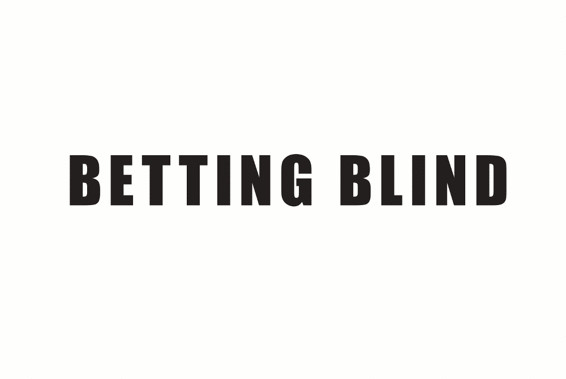 Billy the Kid Is Not Crazy 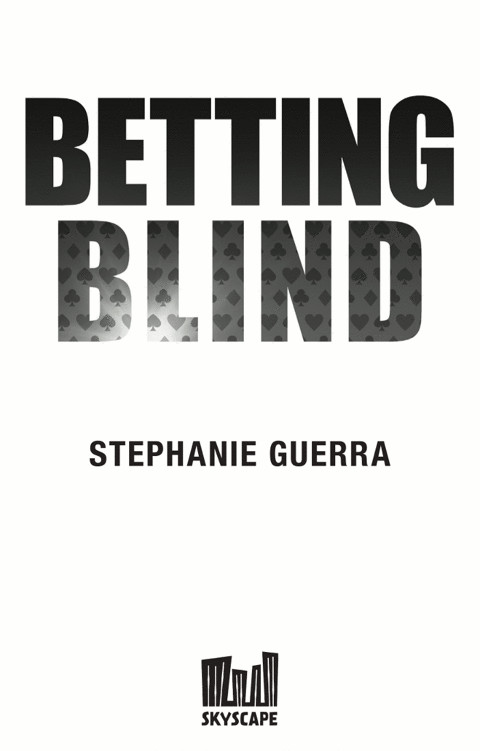 Amazon, the Amazon logo, and Skyscape are trademarks of
Amazon.com
, Inc., or its affiliates.

For my husband, Eric

Many thanks to the Seattle Office of Arts & Culture for its generous support.

T
he first thing I did every morning was listen for Phil. He only came about once a week and never on the weekends. If he was there, I’d try to mess up his day a little before I left for school.

I sat up and kicked off my blanket. No voices . . . no laughter . . . but in the background, I could hear the soft thump of drums. Bad sign.

I rolled out of bed, brushed my teeth, and chugged the last inch of a day-old Red Bull. Then I pulled on jeans and a hoodie and headed downstairs. A pair of men’s Italian brown leather shoes was sitting on the landing. I stepped on one, tried to scuff it.

“An absolute debacle, a political train wreck,” Phil was saying over some cheesy jazz. The air smelled like breakfast. I turned into the living room.

“Hi, Gabe,” Mom said. She and Phil were kicking it on the couch, Phil with a big plate of eggs on his belly and his arm slung around Mom’s shoulder. Mom was in little pink pajamas that nobody over twenty should be rocking. She’d always been more of a hippie, but Phil had changed that—now she had the makeup, the nails, the dyed hair.

Phil was dressed for work. His shirt was unbuttoned at the top, and his nasty ape-chest was showing. Dude was nothing but a big roll of bills stuffed in a suit. He didn’t even take off his wedding ring when he came to my place.

I didn’t answer, just sat in the recliner across from them and kicked up my feet.

Mom gave me a look—
Please get out of here now
—but I pretended not to see.

“Well, it’s what? Week two? How do you like your new school?” asked Phil.

“Not really. They’re a bunch of future bankers who’ll cheat on their wives in about twenty years.” I stared at him. “What business trip are you on this time?”

“But I have school,” I said. We both knew I didn’t have to leave for another forty minutes.

I got up, taking my time, grabbed a banana out of the fruit bowl in the kitchen, and went upstairs. I had a feeling Phil wouldn’t stay much longer. I was right: a couple minutes later, the door slammed. I lay on my bed and ate the banana, wondering what it would take to make him leave forever.

Mom came up to my room. Her eyes were red, which made me feel like crap, because I didn’t want to make her cry—just poke at him a little. She sat on the end of my bed. “Why can’t you be decent to him?”

I sighed. “Because he’s a jerk who’s never going to leave his wife.”

Mom glared at me and took a shaky breath, but she didn’t answer. She knew I was right; she just didn’t want to admit it, especially now that she had us trapped. We were doing okay before, living in White Center: she had a job at a café, and yeah, we lived in a crappy apartment, but so did everybody else. Now Phil was giving us free rent and he owned us.

I looked at Mom in those pink pajamas and said, “You could probably get your old job back. Or you could work for Frank at the insurance company.” I tried to keep my voice calm. Mom had a hard time not getting emotional.

She shook her head and sure enough, tears started leaking out of her eyes. “You know I can’t sit behind a desk all day! Why can’t you just be happy? You can put Claremont High on your college applications! That’s why we
moved
here!”

“No, you moved here for Phil.”

“I moved here for your school! If you’d just try—”

I cut her off. “Don’t go there.” She was about to give me a speech I’d heard a million times, not that it ever did any good.

Mom stopped for a second. It was our dirty little secret that neither of us could deal with school. She’d dropped out her junior year, but she wanted so badly for things to be different for me. “I
am
going there. Maybe—”

“It doesn’t matter where I go to school. It’s not going to change anything!”

Mom wiped her eyes with the back of her hand. “Well, I don’t agree with you. And you need to stop treating Phil this way. He owns this house.”

My stomach twisted. I looked around my room: four white walls, a particleboard desk, and a bed. I hadn’t even put up posters—that was how much I hated living on Phil’s turf.

“Can you at least
try
to be nicer to him?”

This was such a crazy question, I didn’t even know how to answer. Mom was fuzzy-brained about a lot of things, including this whole idea of a
gentleman
. How could she talk about gentlemen when she was hooked up with a guy like Phil? And what was a gentleman, anyway? The only part of it I understood was that I was supposed to pay on dates and open doors for women (except the ones who didn’t like it).

“Okay,” I said to make her stop crying. Then, because I couldn’t stand being home one second longer, I got up, bolted downstairs, and left for school. Even though it meant getting there early.

Claremont High was a training camp for rich people. It was a shock the first time I saw it. The floors were always clean, and there were twisted metal statues in the stairwells and big windows showing buzz-cut grass outside. The ceilings went up forever with cool beams and pipes at the top. Every classroom was tricked out with ceiling speakers, Smart Boards, and MacBooks—but most kids brought their own laptops or pads.

Now, two weeks in, it was starting to feel normal. I got to school early and sat in the quad, watching people drift in. A lot of the kids were what you’d expect from Microsoft Land, pulses ticking like bombs under their Abercrombie, all
I’m gonna beat you to Stanford and Silicon Valley and Googleplex!
But there were plenty of others, too, a bigger range than I’d expected.

When the bell finally rang, I headed to first-period science with Mr. Newport. He was a big guy with messy, curly hair. His pants were always droopy, his tie always loose, and his shirts looked like he’d ironed creases in them. I liked him for that.

As soon as the flood of people stopped, Newport held up a hand. “Don’t put down your backpacks. We have to turn right around. The Microsoft Orchestra back-to-school concert is today.”

I ended up in line next to Kyle Butler and Forrest Lexington, who ruled the school, along with their boy, Matt Chen. Kyle was a typical high school king. Dude had that surfer blond hair that girls love and a confident vibe like he knew how to have a good time; plus, he drove a Jag and dated Erin Fulman, the hottest girl in school. I think he was a rower. Forrest was harder to peg, but he was wicked smart and could talk circles around the teachers. I kind of liked him, for no good reason.

The Sheltering Sky by Paul Bowles
The Dead Boys by Buckingham, Royce
Reckless (Free Preview) by Cornelia Funke
The Bone Triangle by B. V. Larson
Turn Up the Heat by Serena Bell
Evade (The Ever Trilogy) by Russo, Jessa
Armada of Antares by Alan Burt Akers
Written in Red by Anne Bishop
Body & Soul (Ghost and the Goth Novels) by Kade, Stacey
Albion Dreaming by Andy Roberts