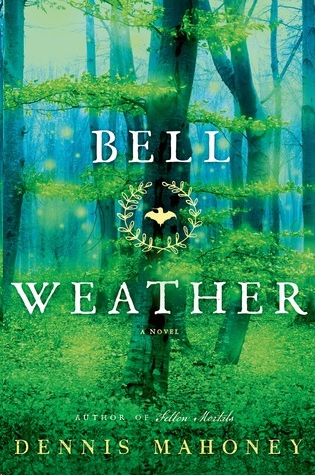 For Coley, Jack, and Bones

Lush spring made amends for Root’s monstrous winters and remoteness in the forest, but the snowmelt, mud, and early-season flux left the town unstable, prone to floods and violent storms.

It was daybreak. The heavy fog had just begun to brighten, and the blurry trees and hills cupped the narrow valley like a pair of giant hands enclosing something fragile. Tom Orange stood with his horse, two miles north of town, and saw a woman in the middle of the riotous Antler River. He was tired and he hadn’t drunk his morning cup of smoak, so when the dull floral pattern of her gown caught his eye he disregarded it at first, assuming it was blossoms. Only blossoms on a huge, twisted branch—not a body. Not a thing worth saving in the wreckage of the flood.

Tom removed his tricorne, tightened up the ribbon in his ponytailed hair, and put his hat back on before the mist wet his scalp. Every spring the river surged with swirling flowers. White petals, black centers—they were minuscule and stemless and appeared in quick profusion, well before any known plants began to bloom. The river undulated white like a meadow made of foam. Some of the townspeople said they floated from the Wolf Mountains in the north. Others thought they blossomed at the bottom of the river and emerged when the potent spring current stirred them up.

Tom viewed the flowers as just another element of home, and yet this morning he had ridden down the length of Root’s border, following the river and surveying its engorgement. Only once in old Nabby’s antediluvian memory had the water risen high enough to overwhelm the town, but there was always that threat and nobody in Root, least of all Tom, dropped their vigilance with so much danger roaring past. Not to mention all the people who would question him in the tavern: Had the river drowned the wharf? Had it swamped Murk’s Farm? It was easier to know when he was serving them a cider, easier to ride out and see it for himself.

Bones shifted hooves and snorted in the mist. He was a gangly, crooked horse who appeared malnourished, though he moved with graceful confidence and ate without reserve. Tom had found him last summer in the graveyard, standing with a crestfallen slouch beneath a tree, as if his owner had abandoned him but might reappear. It was said that people who perished in the wilderness, alone and far from home, walked as spirits to the town in search of others like themselves. There were numerous haunts in Root—the tavern had a child ghost, according to the cook—and Tom suspected Bones’s owner had died in the forest, led the horse to the graveyard, and silently departed. That or providence, he thought. Either way, they’d quickly bonded.

Moments earlier, the two had shared a ripple of the flesh—a question in the fog, an instinctual anxiety—and Tom had dismounted Bones to see what he could find.

Dawn spread vermilion in the low-slung clouds. Looking harder at the branch he had earlier dismissed, he was puzzled by the different sort of flowers in the tangle. They were larger than the others, dark blue and dirty rose. Tom’s boot began to slide very slowly in the mud. Not blossoms, he decided. They were flowers on a gown. Then he saw her all at once: a woman, maybe dead, her upper half held above the water by the branch.

He slipped and spun around, clutching at the grass and muddying his coat. The river nearly got him but he bellied up the bank. He mounted Bones, who cantered away before Tom was fully balanced on the saddle, and they raced along the riverside in something near to silence—just the hooves’ boggy suction and the rumble of the flood. They hurried south toward the town two miles off, where the ferry rope stretched bank to bank above the river. It was his only chance of catching her and holding her in place before the water swept her off to Dunderakwa Falls.

Every breath seemed to blow directly into his heart, billowing his chest and flushing through his veins. They were riding so fast, his hat blew away. The old bullet in his shoulder ground against bone. He squinted left and saw the branch still carrying the body. Then he lost it in the mist. They were barely keeping up.

Where the river met the mouth of Dampmill Creek, the flood spilled wide across an acre’s worth of grassland. Tom, so preoccupied with following the woman, spurred Bones onward into the new-made marsh as if expecting that the flowers were indeed solid ground. Bones splashed in and waded to his chest. They struggled through the mire to the high, firmer ground, up a slope lined with birches to a thin, bare ridge. There the ground turned hard but they were suddenly befogged, suicidal as they galloped in their blindness on the path.

Now the river was invisible below them to the left. They would storm downhill and locate the wharf, where the fishing road began and they could ride along the bank again. Tom yanked the reins and Bones made his turn. Then the horse stopped short and Tom left the saddle. He was thrown along the horse’s neck and landed on the ground near a tight stand of pines Bones had halted to avoid. His wrist folded back and streaked fire up his arm. He saw his own broken nose, weirdly crooked through his tears, and sniffed until the blood dribbled down his throat.

“Ruddy fucking trees!” he said, wiping off his eyes.

He was lacquered head to boot with slick black mud, but then he was up and riding Bones again, weaving downhill until the pines thinned away and he could finally see the wharf. They continued at a breakneck pitch, Bones rearing back to keep from tumbling over, Tom’s straight legs rigid in the stirrups. The wharf was underwater but beside it, in the current, was a small rocky mound like a miniature island.

Silas Booker stood upon it, fishing with a gaff. He wore a smock and heavy boots and had a long, sturdy basket full of murkfins behind him. The river roared along, spewing up oceanlike and menacing around him. Petals from the spray were clinging to his hair, and he was so intent on balancing and managing his gaff that he didn’t hear Bones approaching from behind.

Tom dismounted, jumping over the bank-side water to the mound. Rain came upon them. Giant drops began to fall and it was dismal, like a sinister undoing of the dawn. When Silas hooked a murkfin and turned to put it down, he yelped at the sight of Tom’s figure in the gloom, still dirty from the fall, like a man made of mud. Silas backed away, slipping on the flowers till he very nearly fell and tumbled off the mound. Tom caught his belt.

Just beyond them in the river went the woman on the branch. Silas took a breath and laughed through his beard.

“Hell’s britches! I thought you was the Colorless Man—”

“I need your gaff,” Tom said, snatching it away. He shook the murkfin loose but missed the open basket. It was a fish with poison hairs and short slimy legs, serpentine and bleeding and contorting round his heel. Tom kicked it into the water, where it vanished with a slap and left a clump of flower heads bloody in the foam.

“Damnation!” Silas said, more dismayed than angry, grabbing back the pole and holding on tight.

“Give me the gaff,” Tom said, pulling it toward him.

Silas, though a coward, was prodigiously endowed. He was ripe and wetly grizzled, his hard-worked knuckles whitening and split, and he would sooner fight a friend than lose his precious gaff. He said, “You know they only surface half a week every spring—”

“—and that’s a two-shilling fish you cost me,” Silas said, too focused on his loss to heed Tom’s words.

They wobbled back and forth with the pole between their chests. Murkfin blood dribbled to their hands. For a second through the rain, Tom could see the woman clearly—long black hair, raggedy and wet, contrasted with the spring-cold pallor of her skin. She was young, not a girl but scarcely into womanhood. Her eyes were closed. Her mouth hung ajar. She was beautiful and deathlike, elegant as silk, yet her grip upon the branch looked desperately alive.

Tom had never wanted to hold a woman more in all his life, and he considered diving in and swimming to her side. But he wouldn’t get her out unless he had the hook, and she was vanishing again, speeding out of reach.

Tom released the pole and Silas staggered back, smiling with the prize until the rain made him blink. In the moment of distraction, Tom socked him in the gut. The pole clattered down and Tom picked it up, squinting from the pain—he had punched, like a dolt, with his newly sprained hand—and then he leapt off the mound and ran back to Bones, listening to Silas swearing in the spume.

“I owe you two shillings!” Tom yelled, racing off.

He galloped with the pole before him like a lance, trusting Bones to lead the way while he scanned the widening river, having lost her once again. He felt a tug upon his chest as if a rope, pulled taut, were knotted to his breastbone. His nose had swollen badly. It was difficult to breathe. Fog massed heavy just above the water but the sun had started burning off the layers in the east, leaving thin misty tendrils in the bright gold bloom.

Ahead stood the Orange, Tom’s weatherworn tavern, cozy and reliable and glowing in the light. It was stout and double-chimneyed, on a hill near the river, safely distanced from the flood and higher than the ferry. To the right lay the town, a quarter-mile square of small, huddled houses that were bounded by the farms, and the forest, and the river. The meetinghouse steeple poked above the fog. There were lights in many dwellings—it was a town of early risers—but he couldn’t see a single man or woman on the streets.

Tom halted Bones and ran toward the water, carrying the gaff and hollering for Ichabod, the ferryman and servingman who boarded at the tavern. He tugged off his boots and felt the chill through his stockings, but it was nothing to the shock of frigid water when he dove.

He broke through the flowers with a splash. Cold struck him like a great set of hammers tipped with needles, thudding but precise, bewildering his mind. The current was astonishingly strong below the surface and it tried to pull him under more than carry him along. He struggled with the gaff, swimming mostly with his legs, and fought to reach the middle of the river at an angle, gasping hard and stiffening up and looking for the woman.