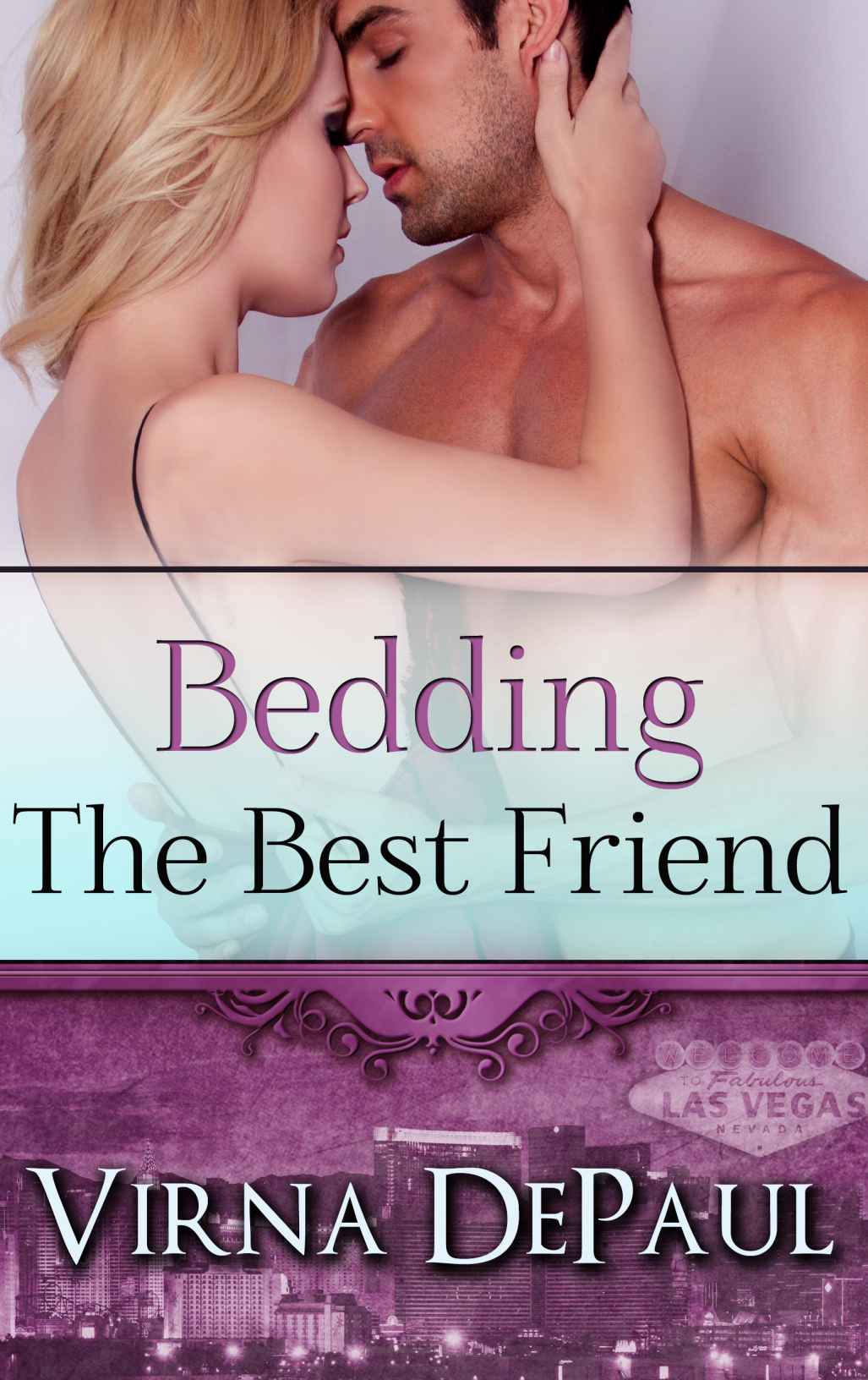 All rights reserved. Without limiting the rights under copyright reserved above, no part of this publication may be reproduced, stored in or introduced into a retrieval system, or transmitted, in any form, or by any means (electronic, mechanical, photocopying, recording, or otherwise) without the prior written permission of the copyright owner.

This is a work of fiction. Names, characters, places, brands, media, and incidents are either the product of the author’s imagination or are used fictitiously.

This e-book is licensed for your personal enjoyment only. This e-book may not be re-sold or given away to other people. If you would like to share this book with another person, please purchase an additional copy for each person you share it with. If you’re reading this book and did not purchase it, or it was not purchased for your use only, then please purchase your own copy. Thank you for respecting the author’s work.

THE BEDDING THE BACHELORS SERIES

With a last name like O’Roarke, Annie should have felt right at home at Finnigan’s Pub. Instead, she felt like a kitten trying to keep up with a pride of lions. Perched on the leather seat of her bar stool, she pushed her glasses up higher on her nose, took another sip of her soda, and watched wide-eyed as two extremely attractive firemen bookended her friend Paige further down the crowded bar.

Paige did
not
resemble a kitten. More like the Queen of the Jungle. She was tall and exotic looking and fond of leather pants, thigh-high boots, and tank tops that showed off her sculpted arms. More importantly, she was an eighth-degree black belt who moved with self-assurance and swagger. Right now she was wearing a teeny-tiny LBD, flirting with her two admirers, flipping her hair and throwing out witty banter like a pro.

Annie had met her new friend a few months ago, after Paige moved to San Francisco from Seattle. She and Annie were both nurses at a local hospital, and they couldn’t have been more different.

Which is why she’s over there basking in male attention and I’m sitting in a corner all by myself
, Annie thought.

When it came to social situations, Annie was accustomed to being the wallflower, but that wasn’t who she was in other facets of her life. At work, hanging with her friends or alone with a man she knew well, she chatted and moved comfortably. It was only when she was around strangers that she mentally morphed into someone else—someone that acted a lot like her old high school self—the girl with acne, braces, and frizzy hair. Someone who didn’t want to be noticed. Someone who couldn’t wait to be back in the comfort of her own home.

Which is where she’d be now if she didn’t adore her best friend, Ryan Hennessey, so much. Glancing at her watch, she confirmed the guy was already thirty minutes late for his own going away party.

She’d met Ryan their sophomore year in high school eight years ago. He’d been popular, already a star player on the football varsity team, and absolutely drool-worthy. Time had only enhanced his appeal. She swore that every time she saw him he got better looking, yet he was always so wonderfully familiar to her.

He and several other firemen, including the two that were talking to Paige, were about to leave for two months of extended training in the Northern California redwoods. Ryan was excited about the training he’d receive as a smoke jumper, firefighters who dropped from the sky into a fire as the first line of defense. Lately, he’d barely talked about anything else, and as happy as Annie was for him, she was going to miss him like crazy. They usually saw each other a few times a week, just watching movies or cooking dinner for each other, although that cut back considerably when either of them was dating someone seriously, the way he was now.

Ryan had introduced her to Samantha at the start of the new year and Annie had immediately noticed how perfect the two of them were together. Of course, Samantha was drop dead gorgeous. With bright green eyes, a waterfall of golden hair, and an hourglass figure, she resembled a cross between a fairy princess and Pole Dancer Barbie. But she was also articulate, smart, and kind. God, the woman was a veterinarian who took care of animals all day long yet Annie had never once seen her looking less than cover-model perfect. Throw in the fact that she could cook like a world-class chef and enjoyed anything outdoorsy, like Ryan, and Annie would be surprised if the woman wasn’t wearing Ryan’s ring by this time next year.

Not that he’d indicated he was that serious about Samantha, but Annie had met most of Ryan’s girlfriends over the years, and it had become more and more apparent given the type of women he gravitated to lately that Ryan was transitioning from dating in order to have a good time to dating in order to find the woman he could finally settle down with.

The thought of Ryan getting married caused her stomach to churn and her throat to close up.

Get over it, Annie. So one day soon you’ll be demoted to the fourth most important woman in Ryan’s life rather than the third. So what?
His mother and sister always deserved top billing, and coming in second to Mrs. Samantha Heavensworth Hennessey wouldn’t be so bad.

Yeah right
, she mentally groaned. God it sucked being so sober she couldn’t even pull one over on herself.

Annie waved at the bartender, an older woman who looked like she’d smoked a serious amount of cigarettes in her lifetime. When the bartender spoke, her hoarse voice only strengthened that impression.

“What can I get you, sweetie? Another soda?”

The woman handed her a full glass of Sprite, joking, “Not even a little caffeine? Where’s the fun in that?”

Annie just smiled tightly and the woman left without another word.

So she rarely drank alcohol—she didn’t enjoy the taste—or caffeine—it made her feel jittery. Was that so wrong? She supposed it
did
make her stick out in the crowded bar even more than her long skirt and bulky sweater. But hey, it was a chilly night and she was only here to toast Ryan’s trip, not pick anyone up.

With a sigh, she took another sip of her drink and scanned the room for Ryan. When she still didn’t see him, she pulled out her cell and texted him.

It took a minute, but he texted back.

Despite knowing better, and despite the fact Ryan would be walking into the bar with oh-so-perfect Samantha, Annie’s skin tingled with anticipation at seeing him. He was her best friend, the person she loved spending time with more than anyone in the world. He was beyond handsome. Manly. Caring. Protective. Adventurous. Funny. Sensitive. The list was unending. As Paige would say, he had it
going on
.

Annie continued her wallflower imitation and watched as men and women hooked up all around her. Once or twice, she made small talk with the occasional Good Samaritan who recognized her as Ryan’s friend and probably felt obligated to check on her. After ten minutes of that, Annie felt more like beaning Ryan on the head than hugging him. Where
was
he? Hadn’t he said he was already in the parking lot?

“Hey, I’m sorry about that,” Paige said as she slipped onto the barstool next to Annie. “I didn’t mean to leave you sitting here alone so long.”

“No worries. Another five minutes, though, and I would have gone to save you. You looked like you were having such a horrible time talking to those gorgeous firefighters,” she joked.

“Those guys don’t know what hit them. They can’t stop staring at you.”

Paige fanned herself. “Really? They
were
both pretty hot.” When the bartender set a pretty pink drink in front of her, Paige took a long swallow, then stared at her drink intently, as if lost in thought.

“Everything okay?” Annie asked. “I didn’t say anything wrong, did I?”

Paige shook her head, then leaned in close to Annie. “No, I was just reminded of something.” She hesitated, biting her lip, then took a deep breath and continued. “Don’t tell anyone, but sometimes I’m overwhelmed by all the male attention I’ve been getting. It wasn’t always that way, and my ex was the king at making me feel inferior. I can’t believe I was so madly in love with the guy.”

Annie’s eyes widened with surprise. Although she’d known Paige was divorced, her friend hadn’t talked about that time in her life. And to hear that her confident friend had ever felt inferior was shocking. “Did he ever…” Annie’s voice trailed off.

Paige shook her head. “No physical abuse. But I was so in love, I would have done anything to be with him. That included sacrificing my self esteem.”

“I have a hard time picturing you like that,” Annie said. Her friend’s self esteem seemed off the charts now. As for Annie’s? Annie liked who she was for the most part, but she knew her social anxiety had a lot to do with her own insecurities. No matter how many times her friends told her otherwise, she still felt too plain and pudgy to be truly comfortable in her own skin.

And as far as doing anything to keep a man? Annie knew a ton about that. She’d been lying to the world for the past eight years, pretending to only feel friendship for Ryan when she was madly in love with the guy. Heck, at his urging, she’d even promised him eight years ago that she’d never jeopardize their friendship by trying to hook up with him. She still had pangs of regret about making that vow. Sometimes she wondered what might’ve happened if she
had
admitted her feelings for him.

“So how’d you get over your ex when you were
that
in love?” She scooted forward on her stool, holding her breath as if Paige’s advice could work miracles. “You obviously have your self esteem back, too. What’s your secret?”

“He cheated on me yet again and something inside me just snapped. I decided I wasn’t going to spend one more day crying over him.” Paige fiddled with her glass, and her gaze looked far away, as if she was looking back into her past. “So, I transformed myself.”

Annie’s eyes widened. “What do you mean?”

Paige sipped her Cosmo. “I became the kind of woman that doesn’t pine for any man. I envisioned myself as confident. Sexy. Strong. The type of woman who was willing to take risks and explore new horizons.”

She made it sound so easy. “Is that when you got a black belt in karate?”