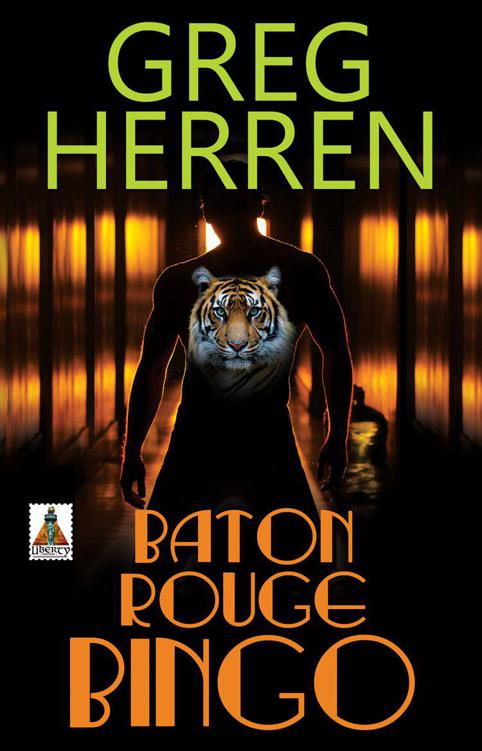 Scotty Bradley and his sexy boyfriends Colin and Frank are back, and this case is even more crazy and confusing than any of their previous ones!

A simple trip up to Baton Rouge to bail his mother out of jail takes a dire turn when her best friend from college, animal rights activist Veronica Porterie, turns up murdered—and Mom hires the boys to find out who killed her! But nothing is as it seems in Veronica’s life and past, and soon the boys are involved in a treasure hunt like no other—because Scotty’s mom’s life hangs in the balance!

Brought to you by

eBooks are not transferable. They cannot be sold, shared or given away as it is an infringement on the copyright of this work.

Please respect the rights of the author and do not file share. 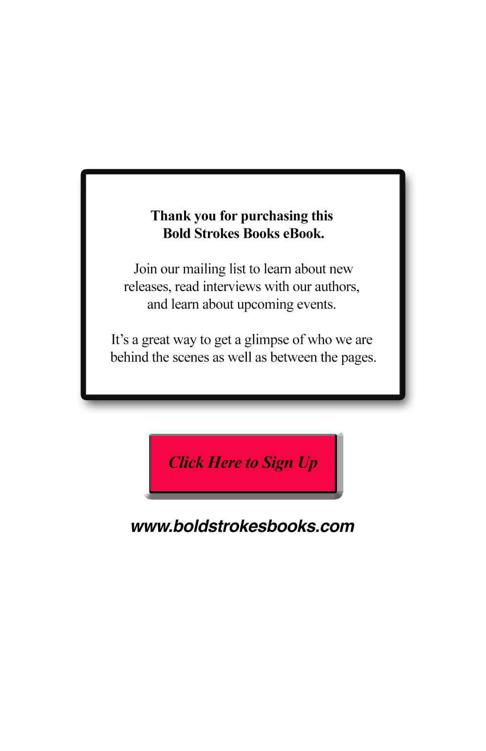 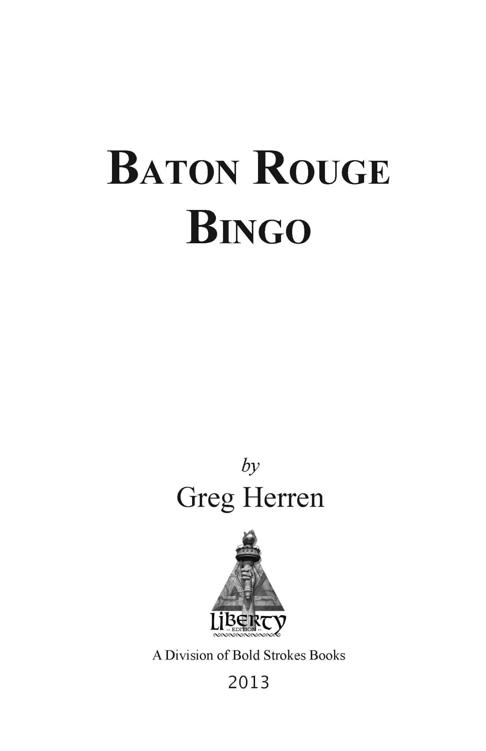 This Electronic Book is published by

This is a work of fiction. Names, characters, places, and incidents are the product of the author’s imagination or are used fictitiously. Any resemblance to actual persons, living or dead, business establishments, events, or locales is entirely coincidental.

This book, or parts thereof, may not be reproduced in any form without permission.

“What Was the Deduct Box?” reprinted with permission of the Long Legacy Project. “Huey Long’s Life & Times |Governor/What is the deduct box.” http://www.hueylong.com/life-times/index.php.

Murder in the Rue Dauphine

Murder in the Rue St. Ann

Murder in the Rue Chartres

Murder in the Rue Ursulines

Murder in the Garden District

Murder in the Irish Channel

In all honesty, I never planned to write another Scotty Bradley book after
Who Dat Whodunnit
. Someone asked me after that book came out if I was going to write another Scotty, and my response was, “If I can figure out a way to write a book and work Mike the Tiger and Huey Long into it, I’ll think about it.” And sure enough, a few weeks later at the gym it came to me just exactly how I could do that—and here we are.

A special thanks must be given to Audra Snider of the Long Legacy Project, the nonprofit organization that operates hueylong.com. It is astonishing how his name has been blackened in the eighty years or so since his murder, especially considering his remarkable accomplishments while serving the people of Louisiana. I strongly encourage anyone interested in the legacy of Huey Long to visit the website and to read T. Harry Williams’s brilliant biography,
Huey Long
. Huey Long was a remarkable, remarkable man, and Louisiana would be a far different place had there never been a Huey Long. Forget what you’ve been told, and educate yourself. The more I learn about Governor Long, the more I admire him.

Everyone at Bold Strokes Books has been an absolute delight to deal with ever since I signed my first contract with them five years ago. Thank you, Radclyffe, for bringing me into the family, and thank you to Cindy Cresap, Stacia Seaman, Sandy Lowe, and everyone else who makes writing and publishing with BSB a most delightful experience. The BSB authors and editors are also an amazing group of people—especially Anne Laughlin, Carsen Taite, Lynda Sandoval, Nell Stark, Trinity Tam, Rachel Spangler, Lisa Girolami, Karis Walsh, and my darling Ruth Sternglantz.

My coworkers at the NO/AIDS Task Force not only do amazing work, but they deserve accolades for putting up with the unpleasant creature I turn into as deadlines approach—and pass by. Josh Fegley, the Evil Mark Drake, Brandon Benson, Drew Davenport, Alex Leigh, Nick Parr, and Jean Redmann are some great people. I also got to attend Jean’s wedding to her longtime partner, Gillian Rodger, while I was working on this book, which was an amazing experience. Thanks for letting me be a part of it.

Julie Smith, Lee Pryor, Nevada Barr, Michael Ledet, Pat Brady, Butch and Bev Marshall, Susan Larson, the gang at Garden District Books, and the rest of my New Orleans krewe are the best friends and cheerleaders and support system any writer can have. I am truly blessed to know some of the most amazingly talented people, and even more blessed that I can call them friends.

Paul Willis has made my life worth living for the last eighteen years. Anyone who has managed to put up with me for that long deserves a Nobel Prize.

And of course, the always enabling instigators, who keep my eyes firmly on those sneaky squirrels and somehow manage to make me feel special. Were it not for you, I would have never tasted red velvet cupcake vodka—and that’s just one of the many ways you’ve all made my life richer.

This is for JESSE AND LAURA LEDET.

“Well, sooner or later, at some point in your life, the thing that you live for is lost or abandoned, and then…you die, or find something else.”

Leo Tolstoy opened his novel
Anna Karenina
with this wonderful quote: “Happy families are all alike; every unhappy family is unhappy in its own way.”

Then again, I doubt he could have even conceived of a family like mine.

Don’t get me wrong—I have a
great
family. My parents are amazing, but they’re a little odd. Okay, they’re a lot odd; I’ve never met anyone with parents even remotely like mine. They’re what would have been called hippies in the sixties, and no one’s ever come up with a word that fits people like them more accurately. Even
hippies
isn’t really accurate—but calling them left-wing radicals isn’t really accurate, either. They are both very passionate about their beliefs—vegetarianism, nuclear power and nuclear weapons should be banned, gays deserve full equality, sexism and racism are societal evils that need to be eradicated, etc. They also are huge fans of marijuana—they always buy it in bulk, always have the best stuff you can imagine on hand, but they don’t sell it. Anyone who wants some can have some; I don’t think I’ve ever paid for pot that I can recall. I think my parents’ sense of social justice comes from growing up remarkably privileged. My mother’s family, the Diderots, trace their history in Louisiana back to 1720—the Diderots might not have been original settlers, but they arrived in New Orleans within five years of the original settlement on the riverbank. There was a plantation before the Civil War, and the Diderots made a lot of money in shipping. My grandparents have a beautiful old mansion in the Garden District, and I have an enormous trust fund Papa Diderot set up for me when I was born. I’ve never touched the principal, and frankly, the quarterly interest payment is more money than I need. I give the leftover money to charity.

New Orleans is a horribly snobbish city, all things considered.

My name is Scotty Bradley, and I am the youngest of three. I have an older brother, Storm, and an older sister named Rain. Yes, that’s right, my parents named their eldest children Storm and Rain. (Rain has renamed herself Rhonda, but no one in the family calls her that.) The story is that they were going to name me River, but both sets of grandparents gathered around my mother’s hospital bed and demanded she name me something more normal. So Mom decided to name me after both grandmother’s maiden names. So far so good, right?

Except that Maman Diderot’s maiden name was Milton, and Maman Bradley’s was Scott. So on my birth certificate my name is Milton Scott Bradley. Yup, Milton Bradley. I’m sure she thought it was highly amusing, but grammar school was an absolute nightmare until Storm started calling me Scotty.

I’ve been Scotty ever since.

My own home life isn’t exactly normal, either. I have two boyfriends who live with me. Yes, I am in a three-way relationship, which often confuses people when they try to wrap their minds around it. I met both my guys over the same weekend, and I was crazy about them both. I couldn’t decide between them, and they made it easy for me. There have been some bumps and bruises over the years, but for the most part it’s worked beautifully and we’re very happy together.

My guys are Frank Sobieski, who’s a retired FBI agent (he retired after twenty years so he could move to New Orleans) and is now a professional wrestler. Frank is tall and lean, with big, well-defined muscles. He has an angry scar on one of his cheeks, which makes him look mean and threatening, but when he smiles his blue eyes light up and he looks so handsome my knees get a little weak—even after all this time. We have a private detective business together—Bradley and Sobieski—but we don’t get a lot of business. Fortunately, between Frank’s pension and my trust fund, we don’t really need anything else.

The third side of our triangle is Colin Cioni. Colin is shorter than me—maybe about five-seven—and has curly bluish-black hair, dimples, olive skin, and an amazing body. He is solid muscle and is built like a little tank. Colin used to be a Mossad agent but now works for Blackledge, an independent CIA-like agency for hire. He’s gone a lot on assignments he can’t tell us about. I worry, of course, but always hope for the absolute best. He’s always come home so far.

As for me, I’m a college dropout. Yes, sad but true. I have sandy blond hair (that recently started thinning a bit in the front) and was a wrestler in high school. After I dropped out of college, I became a Southern Knight—a male stripping troupe that got booked all over the country for shows. I did that for a few years before giving it up and getting certified to be a personal trainer and to teach aerobics. I still stripped every once in a while, but as an independent contractor. In fact, the weekend I met Frank and Colin I was dancing at the Pub/Parade on Bourbon Street during Southern Decadence. Someone slipped a computer disc into one of my boots, and a friend wound up dead at my front door—and we were off to the races. I showed an aptitude for police work, so I became a private eye licensed by the state of Louisiana.

That’s pretty much it, I guess.

On with the show!

Return of the Guardian-King by Karen Hancock
My Sweet Demise (Demise #1) by Shana Vanterpool
Protect Me (Sawtooth Shifters, #3) by Kristen Strassel
The Machine Gunners by Robert Westall
Odd Girl Out by Rachel Simmons
Mind Game by Christine Feehan
Maigret in New York by Georges Simenon
Lost in Shadows by CJ Lyons
Murder Most Mellow (A Kate Jasper Mystery) by Girdner, Jaqueline
Dreamer's Daughter by Lynn Kurland