Authors: B. B. Hamel 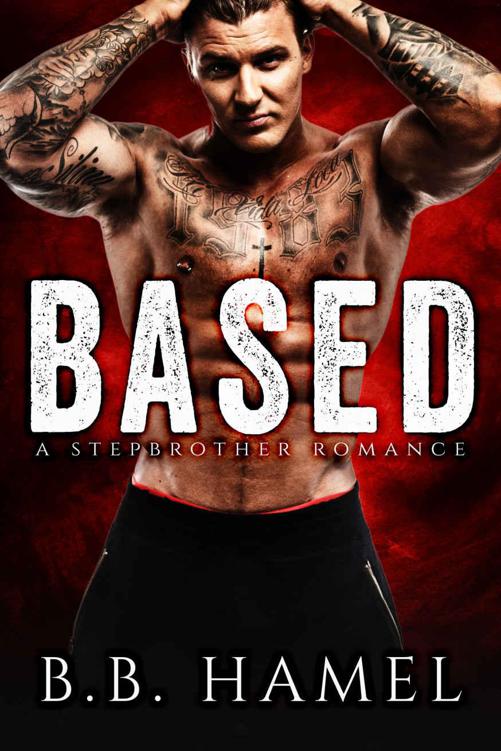 This is a work of fiction. Similarities to real people, places, or events are entirely coincidental.

Want a FREE book?
Sign up for my no-spam newsletter
and claim your copy!

When you don’t care what people think. It’s a way of life, doing what you want, how you want.

B.A.S.E. (BASE) jumping is an extreme sport that involves parachuting or wingsuit flying from a fixed structure or cliff. The word “BASE” is an acronym that stands for Building, Antenna, Span, and Earth. BASE jumping is considerably more dangerous than sky diving from an airplane.

Those words are meant to evoke glorious, sun-filled afternoons lying by the pool or in the sand. Summer vacation is supposed to be relaxing, stress free, an escape from the daily struggles of normal life.

As I lugged my suitcase up the front steps of my dad’s huge Colorado house, I knew my summer vacation would include absolutely none of that stuff.

Two weeks before the end of the semester, I got a call from my stepmother. Julia was an ex-supermodel, and although she was pushing forty, she was still drop-dead gorgeous. She didn’t do photo shoots anymore, and so she spent most of her time organizing charity events and appearing on minor fashion TV programs. I could still remember what I was doing just before I picked up the phone that day: booking a plane ticket to L.A. to stay with a friend. Just before I could click “Confirm,” she called, almost like she had a sixth sense for anything fun about to happen.

“Oh I’m great. How are you? Semester is almost over, right?”

“Wow, that’s so amazing. Look at you. Almost a senior.”

“Listen, sweetie, what are you doing this summer?”

I should have lied. I should have told her that I had already made super-important plans, which was only half a lie, since my plans were mostly beach oriented. Instead, I told the truth. Like an idiot.

“Well, I might go out to L.A. with a friend and just hang out all summer.”

“Oh that would be so fun. But listen. I need a huge favor?”

I should have just hung up the phone.

“We’re having a few charity gatherings this summer, all held near your dad’s place in Boulder. I was really hoping you’d consider coming home and helping me organize it all.”

“Do you really need me?” I asked instead.

“Oh, I really, really do. And it would mean so much to your dad to have you home all summer. You know how he misses you.”

That was it. She had me. She knew exactly what to say to guilt me into canceling all of my plans (hot surfer guys, lots of sun, reading too many books) and making the long trek out to Boulder, Colorado.

Which was how I ended up lugging my suitcase into my dad’s big foyer two weeks later.

“Hello?” I called out. The place was eerily quiet. The only sound was the cab I had taken from the airport turning around and driving off.

I looked around the empty space. Home again. Or, back to one of my dad’s several homes again. He was a pretty successful businessman turned director and producer, and that kept him busy. Our main house was the Boulder estate, which was where I grew up, though he had places in New York and Napa Valley as well. Despite the film industry gigs, he wasn’t much of a Hollywood person and preferred to live as far away from there as possible.

As I moved into the large main building, I looked around. It looked exactly the same as it had the last time I was there briefly during Thanksgiving, which was actually pretty surprising. Jules loved to redecorate. Like, she loved it a little too much. For a while, the whole place was purple and had this weird Arabian Nights theme going on. That is, until she watched The Lion King and suddenly everything was safari.

I liked Jules. I liked her a lot. She was kind and caring and one of the most genuine people I had ever met in my life. She laughed at my jokes and took an interest in what I said and did. But she wasn’t the brightest bulb.

Frankly, she was a little dumb.

But she was so sweet. I hated being mean to her, even just mentally, but I couldn’t help it. Jules was like a Golden Retriever: loyal, fun-loving, always happy, but a little bit slow.

“Hello?” I called out again as I made my way into the kitchen.

I sighed. It was typical of my family to completely forget about me. Dad was probably somewhere going through his latest film footage, and Jules had probably gotten distracted by a shiny, faux-vintage vase at some fancy, fake secondhand shop over in town.

As I dropped my bag and opened the refrigerator to grab something to drink, I heard an incredibly strange noise. It was somewhere between a grunt and a moan, almost as if someone were having sex in the next room over.

But that couldn’t be possible. Right? Nobody would be having sex loudly, out in the open, especially with me coming home. I was just imagining things. I probably forgot the kind of noises the house made all on its own, the creaks and groans.

I grabbed a soda, cracked it open, and leaned against the kitchen counter. As much as I would have rather gone to L.A., it was actually pretty good to be home. I was looking forward to long walks through the mountains and seeing some of my old high school friends again. I sipped my soda, smiling to myself. Maybe my summer wasn’t going to be totally horrible. Maybe I could salvage it, make it relaxing.

But then there was that sound again. It was louder, another grunt, and definitely masculine. Tingles ran down my spine. Were Jules and Dad having sex? No, there was no way they’d do it right there in the other room. They weren’t the best parents in the world, but Jules was way too proper to risk getting caught, and they at least knew I was going to be home eventually.

But the sound came again, and it was getting to the point where I couldn’t ignore it. My curiosity began to win out over my desire to never see Jules and Dad having sex ever in my entire life, and so I walked through the back hall leading toward our large den area. I heard the noise again, that time accompanied by a woman’s voice, though I couldn’t make out what she said. It definitely wasn’t Jules, though.

I stopped just outside the door. My heart was pounding in my chest.
Is Dad having an affair?
I thought to myself. No, there was no way he would do that to Jules and me. There was no way he’d bring some strange girl home and bang her right there in the den where anybody could catch him.

My mind was reeling with the possibilities.

I took a deep breath. I heard another grunt, and the woman’s voice again, low and encouraging. I shoved the door open and stormed into the room, ready to yell at the top of my lungs.

And what I saw was worse, way worse than anything I had been imagining. It was worse than Dad having an affair, worse than Dad fucking Jules on the couch. I stood still as seven pairs of eyes all turned and stared at me simultaneously, completely stifling the angry admonishment I had on the tip of my tongue.

It took me a second to really understand what the hell I was seeing. The den had been completely changed, and it looked more like a gym than a hangout space. The floor was mostly covered by blue exercise mats, and there was exercise equipment scattered around. The TV was still mounted on the wall, but the rack of movies had been replaced with a full, wall-length mirror.

Two guys held cameras. They looked like they were in their 30s, maybe younger. Another was holding one of those long boom microphones up in the air and had big headphones over his ears. An attractive brunette woman, rail thin and intense looking, stood just behind the cameramen and stared daggers at me.

And in the middle of the room, his ripped and tattooed arms wrapped around two metal railings, was my stepbrother, the asshole I hadn’t seen since I had left for school, the biggest dickhead in my life, Lincoln Carter. I worked my mouth, trying to find some words, as everyone continued to stare at me. Although it was clear that nobody was having sex, something weird was happening, and I had no clue what it was.

I wanted to scream. I wanted to run away. But Lincoln’s dirty-green eyes pierced directly into mine and held me there like a pin through a bug. I wanted to wriggle away, but his lips curled up into that irresistible smile of his, cocky and adorable and fucking sexy all at once. I blinked at him, shocked beyond shocked.

He cocked his head at me as I continued to stand there, memories and emotions swirling through my body. It took me a second to register the attractive and fit blond woman standing in front of Lincoln, supporting some of his weight. He was dressed in gym clothes, and his chest and face were sweaty. I could see the tattoos that snaked up his arms and covered his chest disappear behind the white, damp T-shirt he was wearing. His body was muscular and strong, but for some reason he looked like he was having trouble standing.

And then it all clicked.
The fucking injury
, I thought.

My head snapped over to look at the harsh brunette woman giving me an impatient look.

“It’s okay, Jess. This is my stepsister, Aubrie.”

She nodded at me. “Aubrie, it’s nice to finally meet you. I’ve heard so much from your father.”

I was completely thrown off guard by how quickly she went from looking like she was about to stab me to smiling warmly and mentioning dad. I was going to have to be careful around her.

Suddenly, Lincoln grunted and his face twisted in pain. The blond woman went to grab him, but he shook her off.

As soon as they started talking, everyone immediately forgot about me. All eyes were glued back to what was happening between the woman and Lincoln as he began to walk down the thin corridor between the two rails. I took a few steps back, my brain screaming at me to get out of there, but I was completely transfixed by the half painful, half joyous expression on Lincoln’s face. After another minute, he finished the full length of the walkway and stopped at the other end.

“Yeah,” he grunted. He looked up at me and grinned again. “Not what you expected, was it?”

As soon as I went to answer, one of the cameramen shifted his attention to me. I blinked at the lights and at the mics that were suddenly shoved in my face.

Lincoln laughed loudly, almost doubling over. I saw nervous smiles on the faces of the camera crew around me, but none of them moved to say anything. Jess continued to watch me with a wary smirk on her face.

“You heard about my accident?” Lincoln said, half asking and half stating.

“Shattered both my fucking legs and had me in the hospital for a month.”

“Yeah, well. Your dad thought it would be a great idea to shoot a documentary about my recovery and rehab.”

He laughed. “Yep, that’s it. And you’re just in time. Two weeks earlier and I would have still been in my wheelchair.”