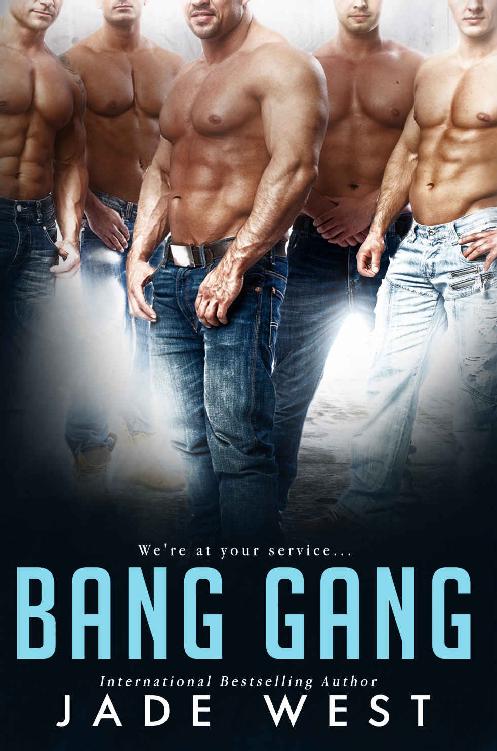 The moral rights of the author have been asserted.

All rights reserved. No part of this publication may be reproduced, distributed, or transmitted in any form or by any means, including photocopying, recording, or other electronic or mechanical methods, without the prior written permission of the publisher, except in the case of brief quotations embodied in critical reviews and certain other non-commercial uses permitted by copyright law. For permission requests, write to the publisher, addressed “Attention: Permissions Coordinator,” at the email address below.

All enquiries to [email protected]

Maria, an incredible friend and a wonderful mother.

I see it all, everything you do, and I’m truly proud of the woman you are.

This one’s for you. Xx

Ten thirty a.m. and I was buried deep under the bonnet of Ken Farley’s old Audi, sweating my bollocks off as I wrestled with the soon-to-blow cam belt he should’ve had replaced thirty thousand miles ago. Tight bastard. The sweet smell of Sunday night pussy was already lost under the stink of oil on my fingers, ears ringing with the same old chatter of local radio blaring through the garage, and the lads, full of banter as they recapped the Saturday darts win down the Dog and Drum.

Petey slapped a hand on the bonnet over my head. Tea delivery, nice and strong, just a splash of milk. The lad was learning.

I hardly know my own fucking name before at least three brews in the morning, especially on a Monday. The week ahead was already booked to the hilt, and then came the post-weekend breakdown calls. Three cars in our yard this morning before I’d even opened up.

Help us out, Darren, I’ve gotta get up Shrewsbury way on Wednesday. Help us out, Trent, I’ve got an airport run tomorrow. I’ve got to get the kids from school at three. I’ve got to get Aunt Marjorie’s shopping. Gotta get to the cinema. Got a hot date and no wheels, please squeeze me in, mate. You’re a fucking lifesaver.

I downed tools and took a swig of tea, just in time to catch the conversation shift. Buck cranked down the volume on the radio, cleared his throat.

“Mandy fucking Taylor,” he announced to Hugh and Jim, fresh back in from a Mazda pick-up out on the Abergavenny roundabout. “Last night. Me, Trent and little Petey boy.” He ruffled the lad’s hair as he dished out the rest of the mugs.

“Fuck off,” Jimmy scoffed. “Talk about shitting on your doorstep. She’s got a loose tongue, that one, you’ll be the talk of the bloody village, man.”

Mandy fucking Taylor had more than a loose tongue, but some things are best left unsaid.

“Told you,” Buck continued. “She always wanted a piece of Big-Buck-loving, just a matter of time.” He smoothed down his beard, struck up his bear pose. “Petey got right in there. Fucked her good, didn’t you, lad?”

I watched the pink spring up on Petey’s cheeks. It made me smirk. He was still wet behind the ears, still humping away on the ladies like a pup due to have his nuts off. He’d learn soon enough, and in the meantime having a youngster on the rounds was a thrill our clientele seemed to enjoy.

Mandy fucking Taylor had requested our little Petey boy by name, and she wasn’t the first. The lad was turning out to be an apprentice on all fronts, not just on the car side.

Jimmy shook his head. “You’ve really gone and done it. Good old Mandy Taylor fucked Dave Dawson out the back of the Drum the summer before last. Whole village knew he had an extra bollock by nine sharp next morning.”

Everyone knew Dave Dawson had an extra bollock.
Everyone.
A hernia apparently. The thought that that rumour came from Mandy’s mouth gave me the shivers. I looked at Buck, and he shrugged at me.

“She said she’d keep it to herself,” he offered, but it was limp. Hardly the steadfast declaration he’d pushed my way before we’d taken her on.

“
You
said she’d keep it to herself,” I said. “Told me she was
one million percent
sound.”

He shrugged again. “She’s alright, is Mandy. She isn’t gonna say anything… no way…”

Famous last fucking words. I chugged down the rest of my tea.

There’s rarely such a thing as a secret in a village like ours. Pontrilas — a twee little place right on the Welsh border. It was amazing our little extra-curricular was still off the village radar. You can trace the family trees in this place back to when time began. Same old faces, same old news, same old cars.

Except the rumble of the one pulling onto the yard. We all turned to look at it, all five of us, conversation over. The engine was a fucking melody, the beautiful purr of a finely tuned Porsche 911. It came to a stop, at a graceful diagonal in prime position across our open shutters.

A cacophony of wolf whistles, and I wasn’t sure whether the lads were complimenting the car or the huge pair of tits driving it. Probably a bit of both.

I turned back to Ken’s engine, Monday morning wasn’t the time for this shit, regardless of what tricks Eleanor Hartwell had up her sleeve. The Porsche belonged to her old man, a retired bigshot who’d been unable to get his dick up since turning sixty a few years back. This was their way to keep a happy marriage by all accounts. Him golfing, her getting a bit of rough from a group of sweaty mechanics, courtesy of cash advances on his Gold card. Different strokes for different folks.

I heard the clack of heels on concrete, the familiar husk of a woman used to getting her own way. “Hello, boys.” She paused. “Hi Trent.”

I waited until I could smell her perfume. She propped herself up on my tool trolley, her head tossed back.

She raised an eyebrow. “I was… passing… I hoped you could…” Her eyes swept down my overalls, came to rest on my crotch. “Fit me in for a service…” My dick twitched under her stare, and I cursed myself. “I couldn’t get hold of you yesterday afternoon… Ted was out on the course… we could’ve…”

The Hot List by Hillary Homzie
Blue Bedroom and Other Stories by Rosamunde Pilcher
Seeker of the Four Winds: A Galatia Novel by C. D. Verhoff
De la dictadura a la democracia by Gene Sharp
Spies of the Balkans by Alan Furst
A Highwayman's Honor: (A Highland Highwayman Novella #1) by Michelle McLean
Fatal Fruitcake by Mary Kay Andrews
Scruples by Judith Krantz
Shattered Grace (Fallen from Grace) by Raines, K Anne
Mermaid in a Bowl of Tears (Exit Unicorns Series) by Brandner, Cindy