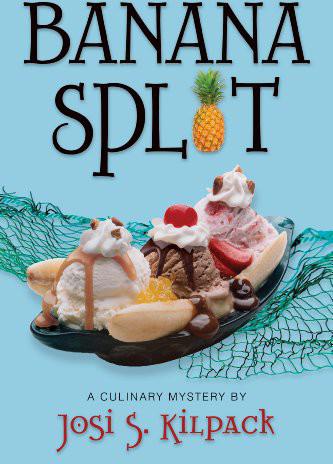 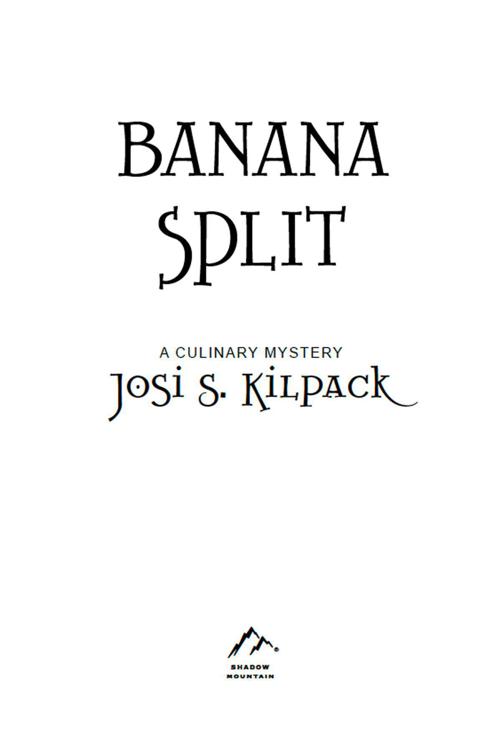 © 2012 Josi S. Kilpack.
All rights reserved. No part of this book may be reproduced in any form or by any means without permission in writing from the publisher, Shadow Mountain
®
. The views expressed herein are the responsibility of the author and do not necessarily represent the position of Shadow Mountain.
All characters in this book are fictitious, and any resemblance to actual persons, living or dead, is purely coincidental.

Summary: Sadie Hoffmiller needs some time to rest, and where better than in beautiful Hawaii? But when Sadie finds herself entangled—literally—with a body, she is forced to face the compounding fears that are making her life so difficult to live. Her determination to focus on her healing soon takes a backseat, however, when she meets the son of the woman whose body she discovered and decides to help him.

Download a free PDF of all the recipes in this book at josiskilpack.com or shadowmountain.com

To Lee, who rolls with me along the tides of life and reminds me to feel the sun on my face

Sadie looked up from adjusting her life jacket. Konnie was the last woman, other than herself, still in the small boat that had taken them to where the snorkeling was
nani
—Sadie hoped nani meant
wonderful
and not
deadly.

“Years ago,” Sadie said. “In Waikiki, when my children were younger.”

“I’m not sure that even counts,” Konnie said with a tinkling laugh. Her wide smile fit perfectly on her round face. Her black hair was in one long braid down her back. “Everyone knows O’ahu has the worst snorkeling in the islands. Kaua’i is amazing. Lots of beautiful coral.”

“I can’t wait,” Sadie said, but her tone was flat. She was still trying to figure out why she’d come today. She didn’t like boats or sand or swimsuits, and she wondered if she’d accepted Konnie’s invitation simply because she’d refused most of the other invites Konnie had extended on behalf of the Blue Muumuus, a group of local older women similar to the Red Hat Society Sadie had seen in her hometown of Garrison, Colorado.

“The weather is perfect today,” Konnie continued. “And the tide is just right. You won’t believe the variety of fish you’ll be able to see.”

Sadie nodded, peering over the side of the boat with trepidation. The water was clear enough that she could make out the shape of the coral beneath the shifting surf, and she shivered, thinking about that hidden, undersea world. Coming to Kaua’i was supposed to cure the anxiety that had overwhelmed her after what had happened in Boston, but despite spending three months in a tropical paradise, Sadie was no better off than she’d been before. Only more isolated.

When Sadie had come to Hawai’i with her children ten years ago, she hadn’t been a big fan of being in the ocean, but the displeasure she’d felt then was nothing like what she felt now. Sadie swallowed her fear and forced a smile, determined not to let her anxiety get the best of her in front of the woman who was trying so hard to be her friend.

Konnie lived a few houses away from the condominium complex where Sadie was staying, and she didn’t care that Sadie was a
haole
—Caucasian—or
malihini
—a newcomer—to an island not always welcoming to mainlanders. Konnie was big and loud and wonderful in every way, which Sadie found a little bit scary. Well, everything seemed a little bit scary to Sadie right now.

“It’ll be fun,” Sadie lied. They were about a quarter mile off the north shore near Anahola. The drive from the inland town of Puhi, where Sadie was staying, would have been beautiful if Sadie had been able to focus. But she wasn’t used to leaving her condo these days and felt nervous whenever she stepped out the door.

“I’m going in,” Konnie said, getting to her feet and causing the small fishing boat to rock back and forth. Sadie forgot to breathe until Konnie sat her voluptuous self on the side of the boat and the rocking evened out. “You can lower yourself in if you’d rather not jump.”

A moment later, Konnie put on her mask and fell backward over the side just like an islander who had spent half her life in the ocean—which was exactly what she was. The ensuing wave caused by Konnie’s splash made the boat rock more than ever, and Sadie clung to the side with both hands. Konnie surfaced and yelled at her to jump in. “One of the tour companies brings tourists out here around noon—times a wastin’.”

Sadie nodded, hoping to appear confident as she sat on the side of the boat and let her flippered-feet dangle over the side. The water was the perfect temperature—not too cold, not too warm. She chose the side of the boat opposite her companions—Konnie and the five other members of the Blue Muumuus—so that if she freaked out once she hit the water, the boat would hide her from their view. Though she recognized her anxiety, so far she’d avoided the actual panic attacks she’d studied up on. But if ever there was a day for all that to change, it was this one.

“You’re okay,” Sadie said to herself under her breath, eyeing the water and keeping her breathing even as she double-checked the clasps of her life jacket. She was the only woman who had chosen to wear one. “You’ll be just fine. You can do this.”

She looked over her shoulder, where six backs bobbed in the water; the snorkeling tubes looked as though they were poking out of six heads of dark hair. The stillness of the bodies bothered her, and she turned away, pulling on her mask and putting the mouthpiece of the snorkel in place. Another deep breath filled her with just enough courage to finally plunge into the water.

She hadn’t considered that the snorkel would fill with water, and her first attempt at breathing was salty and wet. She headed for the surface and spat out the mouthpiece and the water, coughing and sputtering. Her heart raced, and she felt a wave of nausea as she gripped her life jacket with both hands and went to work convincing herself she wasn’t drowning.

After taking a minute to get her bearings, and berating herself for being so dramatic, she replaced the salty mouthpiece of the snorkel and practiced breathing for another minute. Maybe two. Or four.

Konnie rounded the boat, her mask still on while her snorkel lay awkwardly against her left ear. “You okay?”

Sadie gave her a thumbs-up, bit down on her snorkel, took a deep breath, and put her face in the water.

The coral reef was full of fascinating shapes, colors, and textures. She’d been warned that the brain-shaped coral was alive and therefore not to be touched—not that she wanted to touch it. The water was clear enough that no detail of the scene below her was lost. A school of yellow tangs darted beneath her.

It’s beautiful,
she told herself even as she felt her heart rate increasing.
Ethereal. Amazing.
And yet her lungs struggled to draw a breath as she watched a parrot fish lazily swimming a few feet away as though she weren’t there. But she
was
there. She was in their world, trying to appreciate the resplendence while battling the fact that their world was completely creepy! Some of these things around her were probably poisonous, and there were certainly unseen creatures lurking at the bottom, ready to pull her to the depths and never let her go. She’d seen
Jaws.