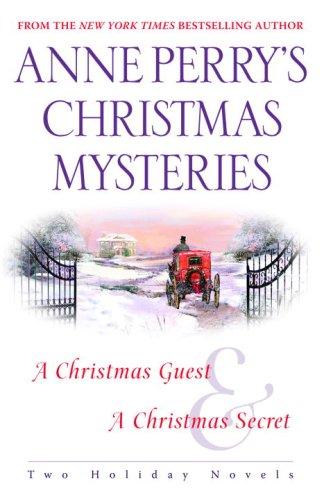 Clarice Corde leaned back in her seat as the train…

Preview of A Christmas Grace

T
o all those who are still
hoping and still learning

“I
DO NOT ACCEPT IT!” MARIAH ELLISON SAID indignantly. It was intolerable.

“I am afraid there is no alternative,” Emily replied. She was wearing a beautiful morning dress of pale water green with fashionably large sleeves and a sweeping skirt. With her fair coloring, it made her look prettier than she was, and having married money she had airs above her station.

“Of course there is an alternative!” Grandmama snapped, staring up at her from her chair in the withdrawing room. “There is always an alternative. Why in heaven’s name should you wish to go to France? It is only a week and a half until Christmas!”

Emily sighed deeply. “We have been invited to spend Christmas in the Loire valley.”

“
Where
in France is immaterial. It is still not England. We shall have to cross the Channel. It will be rough and we shall all be ill.”

“I know it would be unpleasant for you,” Emily conceded. “And the train journey from Paris might be tedious, and perhaps cold at this time of year…”

“What do you mean
perhaps
?” Grandmama snapped. “There is no possible doubt.”

“So perhaps it is as well that you were not invited.” Emily gave a very slight smile. “Now you will not have to worry how to decline with grace.”

Grandmama had a sharp suspicion that Emily was being sarcastic. She also had an unpleasant and surprisingly painful realization. “Do I take it that you are going to leave me alone in this house for Christmas while you go visiting wherever you said it was, in France?” She tried to keep her voice angry rather than betraying her sudden sense of being abandoned.

“Of course not, Grandmama,” Emily said cheerfully. “It would be quite miserable for you. But apart from that, you can’t stay here because there will be nobody to care for you.”

“Don’t be absurd!” Grandmama regained her temper with asperity. “There is a houseful of servants.” Emily’s Christmas parties were among the few things Grandmama had been looking forward to, although she would have choked rather than admit it. She would have attended as though it were a duty required of her, and then loved every moment. “You have sufficient housemaids for a duchess! I have never seen so many girls with mops and dusters in my life!”

“The servants are coming with us and you cannot stay here alone at Christmas. It would be wretched. I have made arrangements for you to go and stay with Mama and Joshua.”

“I have no desire to stay with your mother and Joshua,” Grandmama said instantly.

Caroline had been her daughter-in-law, until Edward’s death a few years ago had left her a widow of what Grandmama referred to as “an unfortunate age.” Instead of settling into a decent retirement from society, as the dear Queen had done, and as everyone had expected of her, Caroline had married again. That in itself was indiscreet enough, but instead of a widower with means and position, which might have had considerable advantages and been looked upon with approval, she had married a man nearly two decades younger than herself. But worse than that, if anything could be, he was on the boards—an actor! A grown man who dressed up and strutted around on the stage, pretending to be someone else. And he was Jewish, for heaven’s sake!

Caroline had lost what wits she had ever had, and poor Edward would be turning in his grave, if he knew. It was one of the many burdens of Grandmama’s life that she had lived long enough to see it. “No desire at all,” she repeated.

Emily stood quite still in the middle of the withdrawing room, the firelight casting a warm glow on her skin and the extravagant coils of her hair. “I’m sorry, Grandmama, but as I said, there really is no choice,” she repeated. “Jack and I are leaving tomorrow, and there is a great deal of packing to do, as we shall be gone for at least three weeks. You had best take a good supply of warmer gowns, and boots, and you may borrow my black shawl if you would care to?”

“Good gracious! Can they not afford a fire?” Grandmama said furiously. “Perhaps Joshua should consider a more respectable form of employment? If there is anything else on earth he is fitted for?”

“It has nothing to do with money,” Emily retorted. “They are spending Christmas in a house on the south coast of Kent. The Romney Marshes, to be exact. I daresay the wind will be chill, and one often feels the cold more when away from home.”

Grandmama was appalled! In fact she was so appalled it was several seconds before she could find any words at all to express her horror. “I think I misheard you,” she said icily at last. “You mumble these days. Your diction used to be excellent, but since your marriage to Jack Radley you have allowed your standards to slip…in several areas. I thought you said that your mother is going to spend Christmas in some bog by the sea. As that is obviously complete nonsense, you had better repeat yourself, and speak properly.”

“They have taken a house in Romney Marsh,” Emily said with deliberate clarity. “It is near the sea, and I believe the views will be very fine, if there is no fog, of course.”

Grandmama looked for impertinence in Emily’s face, and saw an innocence so wide-eyed as to be highly suspicious.

“It is unacceptable,” she said in a tone that would have frozen water in a glass.

Emily stared at her for a moment, regathering her thoughts. “There is too much wind at this time of the year for there to be much fog,” she said at last. “Perhaps you can watch the waves?”

“In a marsh?” Grandmama asked sarcastically.

“The house is actually in St. Mary in the Marsh,” Emily replied. “It is very close to the sea. It will be pleasant. You don’t have to go outside if it is cold and you don’t wish to.”

“Of course it will be cold! It is on the English Channel, in the middle of winter. I shall probably catch my death.”

To give her credit, Emily did look a little uncomfortable. “No you won’t,” she said with forced cheer. “Mama and Joshua will look after you very well. You might even meet some interesting people.”

N
evertheless the old lady had no choice, and the next day she found herself sitting with her maid, Tilly, in Emily’s carriage. It made slow progress out of the city traffic, then sped up as it reached the open road south of the river and proceeded toward Dover, roughly a hundred and forty-five miles southeast of London.

Of course she had known the journey would be dreadful. To make it in one day she had set out before dawn, and it would be late before they reached whatever godforsaken spot in which Caroline had chosen to spend Christmas. Heaven alone knew what it would be like! If they were in trying circumstances it might be no more than a cottage without civilized facilities, and so cramped she would spend the entire time forced into their company. It was going to be the worst Christmas of her life!

Emily’s thoughtlessness in gallivanting off to France, of all places, at this time of year, was beyond belief! It was an outrage against all family loyalty and duty.

The day was gray and still, and mercifully the rain was no more than a spattering now and then. They stopped for luncheon, and to change the horses, and again a little after four o’clock for afternoon tea. By that time, naturally, it was dark and she had not the faintest idea where she was. She was tired, her legs were cramped from the long sitting, and unavoidably she was rattled and jolted around with the constant movement. And of course it was cold—perishingly so.