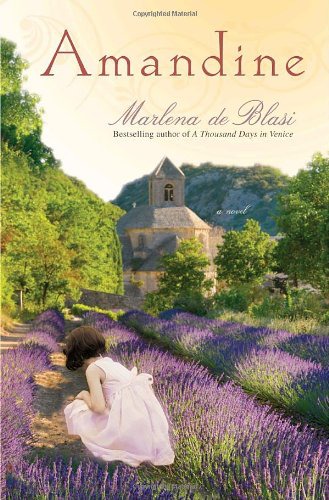 The Lady in the Palazzo

A Thousand Days in Tuscany

A Thousand Days in Venice

That Summer in Sicily

A Taste of Southern Italy

To Paula and Stuart Herman
with love for then, now, and always

For Giuseppina Sugaroni Pettinelli,
authentic heroine, my one and only

PART VI
May 1941
The Same Village in Bourgogne

PART VIII
November 1945
On a Train to Paris

O
N AN EVENING IN THE AUTUMN OF 1916 ON ONE OF THE ESTATES
of the noble Czartoryski family situated in the environs of Krakow, Count Antoni Czartoryski murdered the young baroness who was his lover. He then turned the pistol on himself. Count Czartoryski was survived by his wife, the Countess Valeska, and a two-year-old daughter named Andzelika.

Fourteen years later the Countess Valeska welcomed a Czartoryski nephew and his friend from their Warsaw boarding school to spend a part of their summer holidays in her Krakow palace. The friend was a young baron named Piotr Droutskoy. At the time, neither the Countess Valeska nor her nephew knew that Droutskoy was the brother of Antoni Czartoryski’s lover. The countess’s daughter, Andzelika, then sixteen years old, carried on a clandestine romance with Droutskoy and, as a result, remained with child.

When Droutskoy’s identity was discovered, the Countess Valeska, having lived through the scorn and the shame of her husband’s
betrayals, vowed that no child with the blood of that—to her—infamous family would she recognize as her grandchild. Andzelika, convinced that she had fallen deeply in love with Droutskoy and he with her, refused to interrupt her pregnancy. Not wishing to upset her daughter’s then delicate psychological state, the Countess Valeska instead set about her plans for the eventual secret and irrevocable disposition of the child.

When Andzelika’s child—a girl born with a significantly defective heart—was five months old, the Countess Valeska traveled from Krakow to a rural Roman Catholic convent near the southwestern French city of Montpellier. Great sums of money paving her way, she left the child there to be raised as a ward of the local curia. From the moment of its birth—and for some time before—the Countess Valeska had put into motion extravagant schemes to erase the child. Though she was convinced of her mission, too, she suffered for it.

O
LD PLANE TREES REACH LIMB TO LIMB OVER THE WIDE AVENUE
and, under the parasols of yellow September leaves, a wide black Packard glides. Stippled light, rose and bronze, falls here and there upon three passengers. Funereal in their silence, there are two women and a man. One of the two women holds an infant. A small wedge of light lies across the infant’s face, makes blue-black gems of its eyes. The infant is not disturbed by the light, neither closes its eyes to it nor looks away but keeps its gaze, steady and thoughtful, upon the woman who sits on the tufted gray divan across from it, her head turned to face the window. Sullen, aloof, a black-liveried chauffeur drives more slowly than he might. The only sound is the
pft, pft, pft
of tires rolling over asphalt.

I wish she would keep the creature covered. Why has she taken off its bonnet? Undone all the swaddling when we’re so close to the convent? We must be coming upon it. I won’t ask Jean-Pierre another time how much longer? How much longer? My neck hurts from twisting
it to look away from the creature for all these hours. I can’t help but see now how she’s grown. I’ve not really looked at her since the night she was born. What possessed me to ask the nurse to bring her to me then? I’d forbidden Andzelika to see her, and yet I called for her. Seeing her was like seeing Andzelika for the first time. I reached out for her just as I’d reached for my daughter. My arms ached for her as though she were mine. She is mine. I must think of her that way. She is mine and it is I who have chosen not to keep her. Andzelika is seventeen. An unripe seventeen who mourns the boy and cares nothing for the child. Her maternal impulse benumbed, it’s as though she carried it and bore it only for him. A dubious gift for he who’d run so fast and far from her. Cunning. Like all his tribe. Of all the boys and men to whom Andzelika might have given herself, why to him? What is this viperous pull between his family and mine? Were not two deaths enough to extinguish it? If only I’d understood on that first evening who he was. Fierce black eyes, fine white hand raking the great shock of his glossy hair. A bolshevik’s scorn in the depth of his bow. I can hear Stas saying
, “Ciotka
Valeska, Aunt Valeska, may I present my friend from the academy, Piotr Droutskoy.” Yes, yes, welcome. Of course, be welcome. Your name means nothing, you mean nothing. Another knight-errant, are you? Or a blue-blooded cavalier of slender means? Yes, you’ll round out the table nicely for a fortnight. I might have shot him right there in the courtyard in the fickle light of the torchières. Had I understood. Rather I welcomed him. Stas’s chum. Yes, yes, please do stay. Adam scurried to take their things up to the third floor. And then he took Andzelika. The brother of Antoni’s adored, whorish girl took my daughter. The brother of the enchanting baroness Urszula. Urszula. The wide Titian flanks of her twined about my husband even in death. How many nights had they slept like that? Antoni’s hunting expeditions, his business in Prague, in Vienna. Visits to the farms, the villages. Always with her. Always with Urszula. Two bursts from a pistol so they could sleep like that forever. Will I never be free from the sight of her, of them?

Toussaint stood behind me as I looked from the doorway that morning, his hands iron grips upon my shoulders. What was it that he whispered then? “Even Rudolf and his baroness had the decency to
cover themselves.” Toussaint moved in front of me then, bent to retrieve Antoni’s
kontusz
from the marble flags of the floor where it had been flung. How he’d loved that coat, symbol of his sympathy for the peasants. He’d push the split sleeves high above those of his shirt or his leather jacket and strut about, the breeze inflating the long fullness of it as he went. Toussaint covered them with the coat, the right shroud for a good
szlachta
and his beloved. I can still remember when I was his beloved
.

Was it I who began the treachery? Would you have stayed faithful to me, Antoni, if I had not? Cuckolding the glorious count Czartoryski and so soon after our marriage, I was scandalous, arrogant. I would be the first between us to flash horns. Still, you were more clever than I, setting me up for it. You even put the Frenchman on your payroll for a bit, didn’t you? Instructed him on approach, orchestrated the rendezvous, bought the gifts he gave to me. Yes, scandalous and arrogant, a perfect pigeon I was. Once I’d fallen you were freed for a married life of noble vendetta without noise from your soiled, wealthy wife. Who could blame you? Nimble as you were, easy as I was, the truth is that ours was nothing less than classic comportment among our kind, where the notion of fidelity has long been a fantastical diversion, a scherzo played in private and, at least as often, in public. Neither better nor worse than the others, we would have lived on that way, grown old that way, and passed on the tortured legacy of us to Andzelika as though it were a poem. That’s how we would have ended. But you fell in love, Antoni
.

Andzelika was two years old when you murdered your whore then put the pistol to your cheek, pulled the trigger inside your own beautiful mouth. Did you think of Andzelika, did you consider her? Your family did, yours and mine, as did kith and kin from the farthest edges of our lines. I found it strange how little mourning there was for you, how their grief was all for us, for Andzelika and me. “Poor angels,” they called us. “We’ll take care of you, stay close to you, protect you.” Balm. And from that consolation came resolve. A double resolve. First, I would protect our daughter, my daughter. Yes, I would raise her in luxury, but I would not squander her then to the debauchery of our class. Second, I would become a better woman than I ever would have
been had you lived. And that I did, Antoni. I am indeed finer without you. But in my tender mindfulness of Andzelika, in my, my—shall we call it vigilance?—over her, I failed. When, only days after his arrival, she told me—in that same half-whispered whiskey voice with which she’d uttered even her first words, do you remember how we’d laugh that such a voice could come out of that tiny flower of a girl?—that she had fallen in love with Droutskoy, I looked into the grave, weepy black plums of her eyes and I smiled, told her, as though her sentiments were an illness, that the feeling would pass. Did she recall her “love” for the violin master and then for the ravishing blond boy who’d worked in the kitchens last summer? I was insensible to the eloquence of her sixteen-year-old’s delicate, coltish beauty, to its power to goad, to delight a boy who would be a man. Yes, insensible, too, to the violence, the wonder of passion. First passion. Hers, his. I held Andzelika to me, Antoni, and kissed her forehead, promised a week or two at Baden-Baden or would she prefer Merano? Yes, Merano and then a few days in Venice, how would Mummy’s darling girl like that? Good night, darling girl. Good night
, matka.
He found his way to her bed or she to his. For all those weeks, or was it just once? I’ve never asked her. One morning he was gone. Not even Stas knew where
.

From the Fire V by Kelly, Kent David
The Unconventional Angel by May, Nicola
The Gist Hunter by Matthews Hughes
It Was Me All Along: A Memoir by Andie Mitchell
Bayou Bad Boys by Nancy Warren
Mind Scrambler by Chris Grabenstein
Kiss Me by Jillian Dodd
A Man of Influence by Melinda Curtis
The Bare Facts by Karen Anders
The Date: An unputdownable psychological thriller with a breathtaking twist by Louise Jensen