Read Against the Tide Online 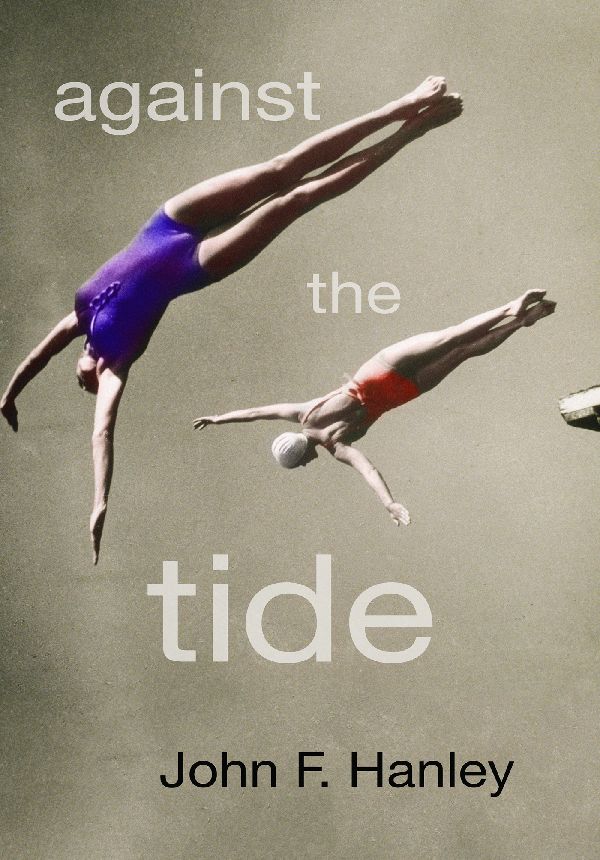 Apart from any fair dealing for the purposes of research or private study, or criticism or review, as permitted under the Copyright, Designs and Patents Act 1988, this publication may only be reproduced, stored or transmitted, in any form or by any means, with the prior permission in writing of the publishers, or in the case of reprographic reproduction in accordance with the terms of licences issued by the Copyright Licensing Agency. Enquiries concerning reproduction outside those terms should be sent to the publishers.

This is a work of fiction.
Apart from well-known historical figures and events, the names, characters and incidents portrayed in it are the work of the author's imagination. Any resemblance to actual persons, living or dead, events or localities is entirely coincidental.

Matador
is an imprint of Troubador Publishing Ltd

“Love is all truth, Lust full of forged lies.”
Shakespeare:
Venus and Adonis
799-804

Jersey
: Population 50,000. Largest of the Channel Islands at forty-five square miles (1,000 times smaller than New Jersey), lies ten miles from France and 100 miles from England. Extensively fortified to resist French invasion, it has been a British Crown Possession for over 800 years.

Shaped like the hide of a cow pegged out on its four extremities it declines from 400 feet in the north to sea level in the south. Because of this sunny angle, it is ideal for agriculture and produces thousands of tons of early potatoes for the British market each year. Sheltered in the bay of St Malo, caressed by the Gulf Stream, it enjoys an even more benign tax regime. It has become a haven for the wealthy who love new potatoes almost as much as counting their money.

He had me by the balls. Surprised, angry, I tried to twist away but the Dutchman laughed, gave another tweak then pulled me under. I thrashed back to the surface and snorted out seawater. It had amused a section of the crowd closest to us. Most of them didn't understand water polo, but appreciated a good tussle.

Miko stood up and shouted to Phillips, the referee, trying to draw his attention to the fouling at this end of the pitch. He was wasting his time but it distracted my marker enough for me to wriggle free and shout for the ball. Nelson spotted me and lobbed it so high it crossed the sun, blinding me as I followed its arc. I fumbled the catch and was jerked underwater again. Surely Phillips had seen that blatant foul. I surfaced and reached for the ball to take the penalty but he had raised the blue flag. He tapped his sandal with the flagstick, indicating that I had pushed off my marker and committed the foul. So now, Phillips, honorary policeman, dishonest butcher and pompous fart, believed he could see underwater.

The Dutchman took the free shot, paddled back behind me, rubbed his unshaven chin into my neck and scratched my ribs with his nails. âYou are quick, my friend, but you must play fair.'

Nelson swam the ball up and shouted at me to clear the goal area. I stretched to my left but the
salaud
grabbed my trunks and pulled me back. I threw up my arms theatrically, sucked in a good breath and ducked underwater. When I surfaced, the ref was pointing his white flag. I retrieved the ball and passed it for a quick return but the Dutchman was already on me. Nelson flipped the ball into the perfect position. As I grabbed it, pain seared through me. The bugger was crushing my testicles.

Over the whistle's screech, I heard the Dutchman calling out, âHe has, how you say â cramp.'

Phillips laughed. âHelp him out but no substitution for the white team.'

Cookie left his goal and towed me to the concrete wall that marked one side of the pitch. âCareful, Jack. He's a tough nut. Want me to have a word?'

Big-hearted Joe Buesnal, Cookie to his friends, was quite capable of knocking the tulips out of the Dutchman. Six foot four, eighteen stone, fists like shoulders of mutton, he was playing for the island's defence. I had been given a chance to lead the attack on his goal in a warm-up match for our annual battle with Guernsey. I shook my head. I didn't need his protection.

He rolled me onto the warm, pitted surface. I slithered across to the side and dangled my legs in the sea, trying to fight off the spasms. The tide was receding, but wavelets still splattered against the granite retaining wall. A cormorant popped up yards away and twisted its long, oiled neck in my direction. With a wink of one liquid eye, it ducked under, in search of a late lunch. I vomited mine into the water, conscious of Phillips' fat legs as he scurried up and down the wall policing the game. The Blues scored twice while my team was reduced to six men.

Someone hissed at me. Miko had worked his way through the crowd on the concrete steps. Now for a lecture in broken English. I sighed and shuffled towards him.

â
Te idiÃ³ta.
' He spread his hands in exasperation. âWhy, you let him hold? You remember nothing?
Spuma
!'

I knew the last part meant “make white water” in Hungarian but that was impossible against someone whose sprint was equal to mine. I shrugged. âIt's only a practice match.'

He spat foreign words in his rusty voice. They sounded like broken tools in a metal bucket. Their meaning was clear but I still threw him the sort of dumb look I'd perfected on my Latin master.

He shook his head and spoke slowly in English. âYou clown. Is only practice match?' he sneered. âHow you make senior team if that your belief? Huh?'

He was right. I was on trial and, so far, I hadn't done very well. I knew the older players had their doubts about selecting someone just for their speed but Nelson had persuaded them. Perhaps they were right, I should stick to racing. I started to untie my cap.

âNo, Jerk.' He couldn't even pronounce my name. A couple of spectators laughed.

âSo what do you suggest?'

He pulled his right arm across his chest, slapped his elbow, dropped his shoulder, and rotated it backwards. â
Nincs fÃ©k a kezemben.
'

I stared at him in disbelief but he nodded and slipped back into the crowd.

I hobbled towards the rest of team. They were arguing but stopped as I reached them.

Nelson turned to me. âHow do you feel?'

Just then, I heard my name and glanced up to catch Caroline's wave. After her diving display, she had swapped her white Jantzen costume for a low-cut yellow dress that left even less to the imagination. I waved back. She must have seen the treatment I had been getting. Did she care, or was she just hoping for some blood in the water to relieve the tedium? Higher up in the wooden stand, Saul reclined in a white linen suit. He doffed his hat and raised two fingers before nudging Rachel. She smiled but didn't wave.

Caroline mouthed something to me then caressed her hair with her hand. The look and gesture were almost as effective as the Dutchman's grip and I started to ache again.

The timekeeper blew his whistle and Phillips waddled back to the halfway marker, his white plimsolls slapping through the puddles.

Nelson tapped me harder. âYes or no?'

I looked from Caroline to Rachel and noticed that Miko had squeezed onto a seat below them. He glared with about as much sympathy as the cormorant, and mouthed “
spumÃ¡
”.

I sucked in a calming breath and grunted, âI'll do my best.'

Fletcher, who fancied Caroline, snorted, âFat lot of use that'll be. Best place for you is in the stands with your Jew friend.'

I lurched towards him but Nelson blocked me off. âThat's enough, you two. Save it for the opposition.' He shoved me hard towards the water. I attempted a somersault, but landed on my back with a stinging splash and surfaced to ironic applause.

Nelson swam up. âForget Fletcher, he's just jealous. Best way to shut him up is to score a goal.'

Nelson's misplaced faith did little to slow my heart rate.

Phillips blew his whistle and tossed the ball into the centre of the pitch. I got there first, flipped it back to Nelson, surged on towards the goal and straight into the Dutchman's fist. Again, the ref ignored the foul.

âYou have played this game much? It is good fun, no?' He laughed and jabbed his knee into my backside. âIn Holland it is only the men who play. Ya, only the men.' As I turned, he pinched the skin under my armpit. I jerked my shoulders back in reflex pushing into his chest. âAh, so, we are learning, no?' He dug his knuckle into my spine.

Play was getting closer. I squirmed and wriggled, trying to rise in the water for a flick-on shot. The whistle went. Fletcher had been fouled.

Everyone froze in their positions like floating statues. Free throw to Whites. Fletcher looked around and, with a wicked grin, threw the ball straight at me. No chance to flick it on. I felt fingers reaching between my legs again as the ball flopped in front of me. It floated free, out of reach of the Dutchman, but his hand threatened to wring my balls if I stretched out.