Read After The Fires Went Out: Coyote (Book One of the Post-Apocalyptic Adventure Series) Online

After The Fires Went Out: Coyote (Book One of the Post-Apocalyptic Adventure Series) 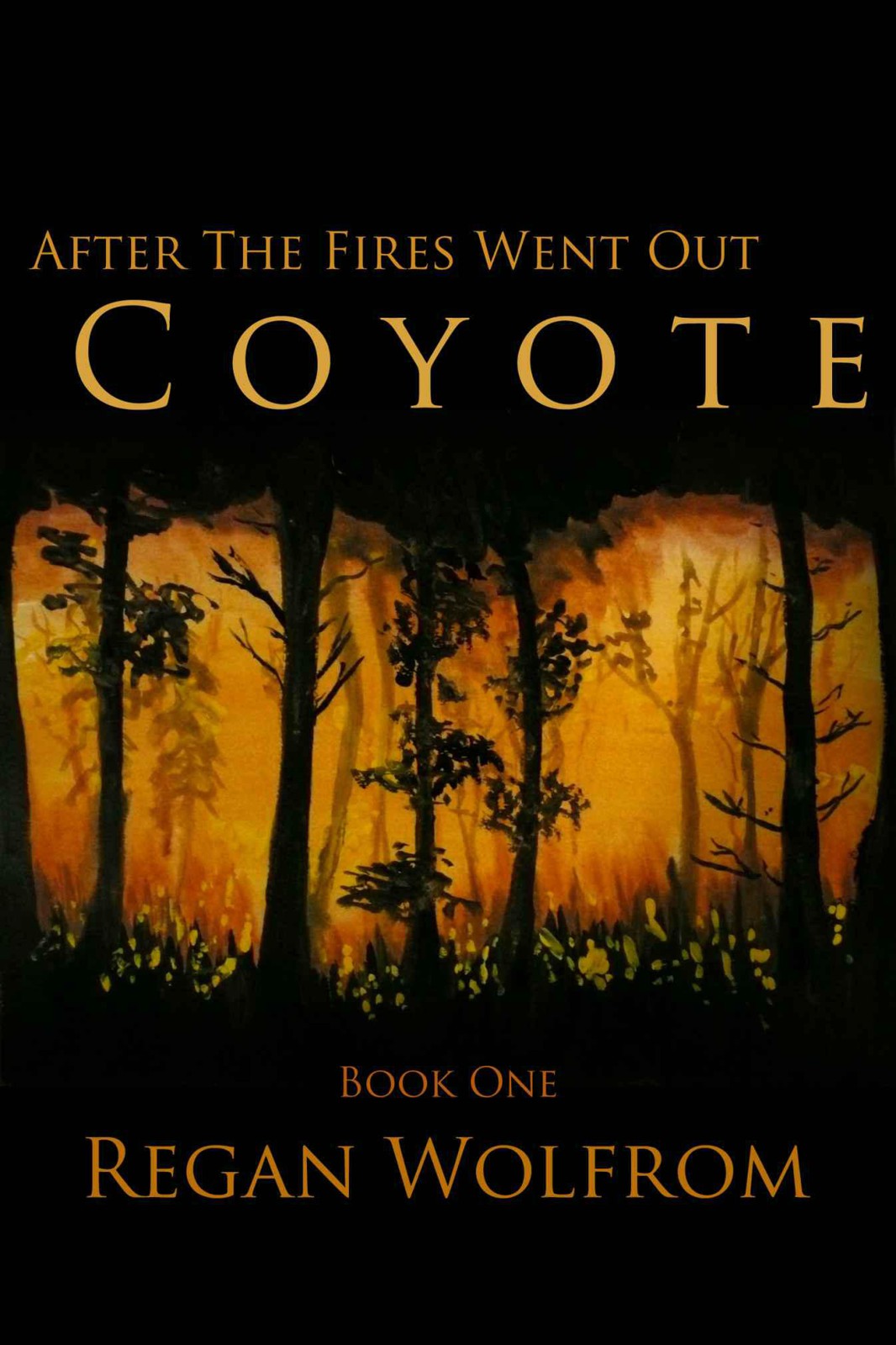 After The Fires Went Out: Coyote

To the various women in my life, starting with my wife, and moving backward and forward from there.

This book would have gone nowhere without the support of quite a few people, including a good portion of my family, some very helpful friends, and, of course, many hours of reading and watching stories where things go so nicely and completely to shit. Thank you everyone for working so hard to keep my own life from going to shit, at least long enough for me to pass this thing out of my system.

There was a moment right after The Fires went out when I thought Fiona and I were the only people left for a thousand miles around. It looked as though the whole world had burned, the air around us so hot that it felt like even the water of Lillabelle Lake was close to boiling. I had trouble imagining that anyone else could have survived.

She was laying beside me on the beach, where the rocky sand was still hot like a stovetop from the fire. Her eyes were open but she didn’t really seem to see me; I think she was still in shock.

I didn’t know her name then. I barely remembered Fiona and her parents from the sea of faces at the town meetings, back when the dirt blocked out the sky and it felt like might never see the sun again, back when I was the big man around here for some reason. I didn’t know how sweet and smart and funny she is; she was just some pretty fourteen-year-old girl who reminded me of the daughter I’d lost, and who was now just as alone as I was.

That was the moment when I promised the universe and Cassy that I’d take care of Fiona, no matter what. I thought I might be the only person left in the world to take care of her.

But it didn’t take long for us to realize that we weren’t the only ones left out here; we weren’t even the only people who climbed out of Lillabelle Lake that day.

That didn’t make my promise any less important.

Mayhem at the Orient Express by Kylie Logan
A Glass of Blessings by Barbara Pym
Once More With Feeling by Megan Crane
Sartor Resartus (Oxford World's Classics) by Carlyle, Thomas, Kerry McSweeney, Peter Sabor
The Lion of Cairo by Oden, Scott
Sudden Impact by Lesley Choyce
You're a Horrible Person, But I Like You: The Believer Book of Advice by The Believer
The Resurrection of the Body by Maggie Hamand
SeducingtheHuntress by Mel Teshco
And Then There Were Three by Renee Lindemann