Read After Class & All You Can Eat Online

After Class & All You Can Eat 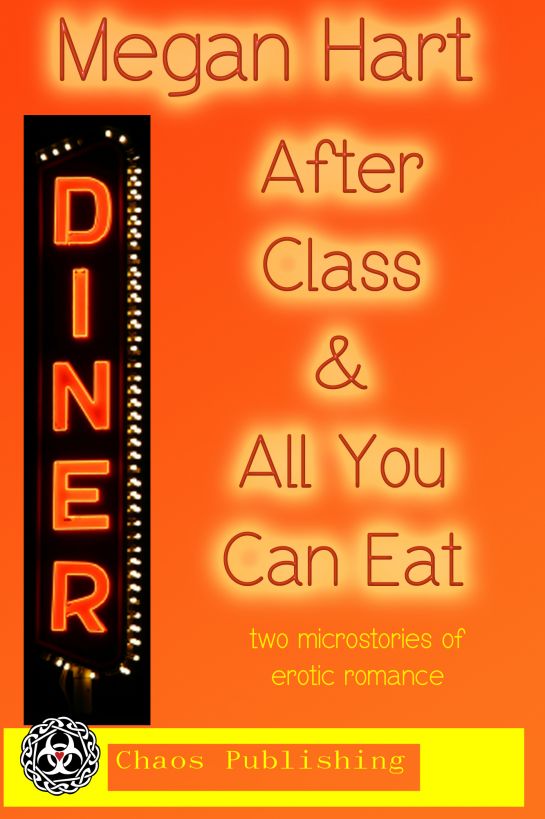 After Class & All You Can
Eat

This ebook is licensed for your
personal enjoyment only. This ebook may not be re-sold or given
away to other people. If you would like to share this book with
another person, please purchase an additional copy for each person.
If you’re reading this book and did not purchase it, or it was not
purchased for your use only, then please return to Smashwords.com
and purchase your own copy. Thank you for respecting the hard work
of this author. 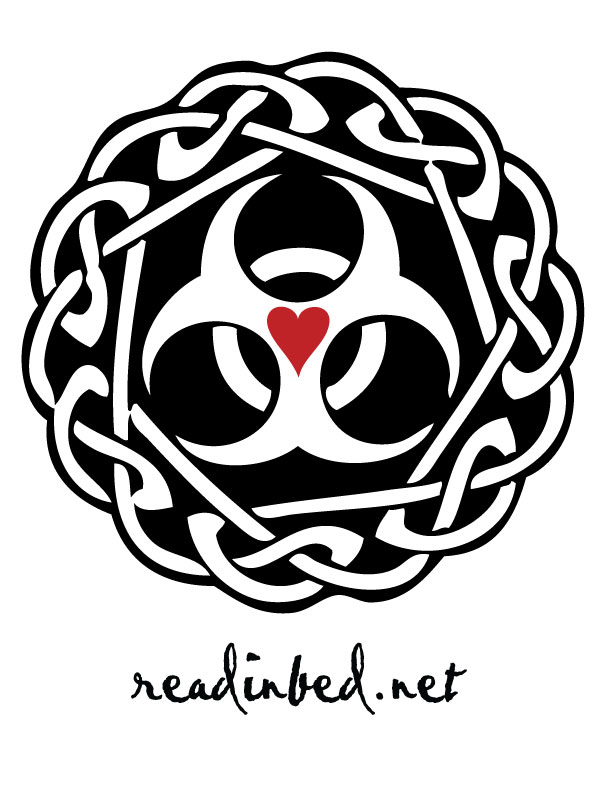 "Ms. Damron, can I ask you to stay
after class for a few minutes? I'd like to discuss your
essay."

Karrie stopped in the
doorway, her back stiff. She'd been anticipating those words. In
fact, she'd deliberately made certain she was the
l
ast person to leave the room for just
that reason. She turned to face Professor Allen with her face a
carefully expressionless mask, but she couldn't keep her voice from
sounding as sharp as nails from a gun. "Of course, Professor. What
would you like to discuss?"

The professor looked at
her over the tops of his half-spectacles and glanced toward the
door in a silent request to close it. Karrie took a deep breath and
shut the heavy wooden door and, for good measure, slid the bolt
shut to lock it. She'd bee
n waiting for
this, but now that it was here, nervousness vibrated in her
stomach. She'd written her final essay on the subject of "The Role
of Female Sexuality in Traditional Fairy Tale Literature."
Professor Allen, a well-known misogynist, was probably going to
flunk her.

"Please, Ms. Damron, have a seat."
Professor Allen's languid British accent brooked no argument as he
indicated the chair across from him, but Karrie shook her
head.

He took off his glasses
and set th
em down on the wide wooden desk.
Standing this close to him, it was impossible to ignore the color
of his eyes, a muted, unusual greenish-gray. She could also smell
his cologne, something spicy and masculine and just as impossible
to ignore. She returned his stare boldly, measuring him as he'd so
many times measured her.

He broke the silence before she did.
"This will only take as long as you want it to."

His voice was like honey.
She fought the shiver threatening to ripple up her spine and peak
her nippl
es against the thin fabric of her
sweater. She lost the fight, but that defeat was something she'd
grown used to over the past nine months of sitting in Professor
Allen's classroom.

"I'd like to discuss your
premise regarding symbolism and feminine power.
"

"I'm sure you would." The words
blurted out of her and earned another raised brow, this time
accompanied by one of the smirks she told herself she
hated.

"You seem very sure of many things,
Ms. Damron."

He sat back in his chair,
right ankle propped on
the opposite knee,
hands steepled under his chin. His eyes never left hers, but she
felt the weight of his gaze on every portion of her, from her
now-straining nipples to the juncture of her thighs. She kept her
head up, knees locked, even though her legs felt like collapsing
beneath her. Right onto her knees, which was frankly where she'd
like to be in front of him. She cursed her weakness. She was no
Cinderella, no Sleeping Beauty to throw herself at the feet of the
first strong man who crooked his finger at her.

That rough language,
spoken in that honeyed voice, made her clit throb in a sudden,
embarrassing spasm. Karrie locke
d her
knees tighter together, praying the flush she felt creeping up her
throat stopped before it hit her cheeks. She licked her lips before
answering, and his gaze went to her mouth with the swiftness of a
snake striking at a mouse.

"I believe it," she
s
aid, her voice stronger than she'd have
believed she could make it. She looked at his face, easier to focus
on now that his attention was riveted to her lips, but when he
looked up again she was caught. "But also because I knew it would
make you angry."

"
Really?" Allen slid his own tongue along his lips, mimicking
on purpose the gesture she'd unconsciously made. It left his mouth
glistening. He did it again, more slowly and deliberately this
time, like he was tasting something.

Me, she thought, her mind
a
daze of arousal. He looks like he's
thinking about tasting me.

All at once she knew how
Little Red Riding Hood had felt, looking at the Big Bad Wolf. The
well-known tale had mentioned the teeth, but what about the wolf's
tongue? All the better to lick yo
u with,
she thought, and lost again to the shudder radiating from her
pussy.

"It wasn't meant to be
amusing."

"I know. It's good to be passionate
about something."

He
still sounded amused, damn him.

The man was a monster. Chauvinistic,
arrogant, self-absorbed...delicious, Karrie finished in her head.
Delicious and dangerous. She squared her shoulders.

"I don't appreciate you
mocking me." There. She'd said it, what she
'd been longing to say for so long.

"Is that what you think I'm
doing?"

He was on his feet so fast
she gasped and took a step back, but the second desk behind her
blocked her from getting away. She'd known he was a tall man, and
an imp
osing one, but until just now, she
hadn't realized how big he was. He loomed over her. Made her feel
small, petite...defenseless.

His smooth, liquid voice oozed over
her like molasses dripped from a spoon. "I prefer to think of it as
challenging you."

He
'd loosened his tie, she noticed. And unbuttoned his shirt.
She caught a glimpse of his chest. Bare skin, a few curling dark
hairs. The scent of him filled her and took her breath away. She
looked up and was caught again in his eyes. Mesmerized.

"You are
possibly the brightest student I've ever taught,"
he said. "And certainly one of the most creative. Most of my
graduate students would never think of using children's fairy tales
as an allegory for women's rights."

"Don't you want to qualify
that as one o
f the brightest female
students?" she challenged.

Professor Allen shook his head slowly,
almost imperceptibly. "No, Ms. Damron, I don't. You see, you don't
know me as well as you think you do."

"This from the man who, on
the first day of class, told me I
'd have
to work twice as hard for the same return as the male students,
simply because of my gender?"

He tilted his head a
fraction, and now she felt his gaze burn along her cheek, down her
jaw, to stop again at her mouth. "I said it. But not because I
th
ought less of you than any of those
others."

Karrie's lips parted. His gaze
sharpened. "Then why?"

He hadn't moved, but she
felt him all over her, covering her, felt his arms around her and
his mouth on hers. She felt the press of his hands on her ass
an
d yes, dear heaven yes, she felt his
cock inside her.

"As the only female
student in the class of all men, it would have been far too easy
for someone to assume I'd grant you privileges denied your male
colleagues. I've seen what rumor and speculation can
do to the reputation of a young woman assumed to
have garnered a special sort of attention from her professor. If
you didn't work harder than the others, their jealousy might have
made them believe your success in my class to be the result of
impropriety on my part, rather than your efforts."

"You mean to tell me you were so
rotten to me all this time because you didn't want the guys in the
class to think I earned my degree on my back?" Anger--real
anger--flared in her, and she put her hands on her hips.

"As long as it was clear you hated
me," Allen said, "nobody could claim you were sucking my
cock."

Again, the brutal
bluntness of his phrasing shot a bolt of pure desire through her.
She wasn't going to let him get away with this, though. Not after
nine
months of hell.

"Well, it worked," she lied. "Because
I hate you. Are you satisfied?"

He pursed his lips in the mocking
frown he'd used so often in the classroom. "No, I'm not. You see,
Ms. Damron, I don't hate you."

Again, the nearly
impe
rceptible shake of his head. The frown
twisted into a faint smile. "I certainly do not."

Everything she'd been
about to say refused to even stammer out of her. The words lodged
in her throat, choked her, made her gasp for air, and this time
when her lips
parted, Professor Allen slid
his mouth along hers with the same smooth, expert manner he did
everything else.

She couldn't pretend to be
caught unawares, not when she'd imagined this moment for months.
Karrie's mouth parted farther beneath his, and
Allen'
s tongue slipped inside. His arms
went around her back, his fingers splayed on the soft material of
the sweater that no longer provided her any protection. His touch
burned her, but there was no pain. Only a mounting pleasure that
increased with every second he plundered her mouth with his
tongue.

He broke the kiss, not her, and when
she opened her eyes, it was to see his intense gaze only inches
from her face.

"Very well done," he
murmured and brushed his lips against her jaw, down to the spot in
her thr
oat where her pulse beat. "And now
I have to ask, has the Sleeping Beauty awakened from the Prince's
kiss, or has my mouth acted like the poison apple?"

He referred to her paper,
which theorized common fairy story themes symbolized the struggle
to control
and dominate feminine sexual
power.

Her clit, throbbing against her
panties, had the answer for that. "I'm not dead, am I?"

His hand came up to cup
her breast, and his thumb caressed her nipple in a way that made
her bite her lip at the pleasure. "I'd s
ay
no. Most definitely not."