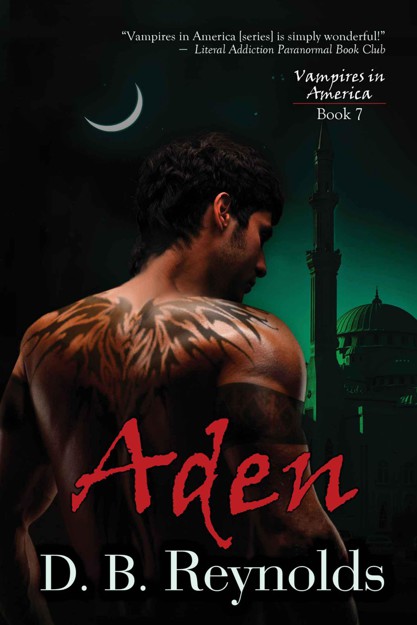 Other ImaJinn titles by D.B. Reynolds

She was seeking revenge.

What she found was a vampire who swept her into the darkest depths of passion
. . .

HIS HEAT AGAINST her still-naked back
. . .
the fresh soap scent of his skin. Aden’s arm reached around her and lifted a flogger from its hook. It was leather, a light brown suede that gave its multiple tails a deceptively soft appearance.

Aden dragged the soft suede across her naked skin. Her breath grew uneven, and her heart was going a mile a minute. But she wasn’t afraid.

Aden lowered his mouth to her ear. “Do you know what I thought when I laid eyes on you for th first time, Sidonie?”

“I thought how beautiful your pale skin would look under the lash,” he crooned, trailing the flogger down her body.

Without warning, he snapped the flogger in the air, letting her feel the barest kiss of suede against her thigh. Aden closed the small distance between them until his body was flush with hers. She closed her eyes, letting her head fall back against his shoulder.

His lips closed over her neck, and she reached up, curving her fingers over the back of his head, caressing him, holding him against her.

“Let me show you, Sidonie.” His voice was deep, compelling
. . .
irresistible.

Other ImaJinn titles by D.B. Reynolds

The Vampires in America Series

Book 7 of the
Vampires in America Series

This is a work of fiction. Names, characters, places and incidents are either the products of the author’s imagination or are used fictitiously. Any resemblance to actual persons (living or dead), events or locations is entirely coincidental.

ImaJinnBooks is an Imprint of BelleBooks, Inc.

All rights reserved. No part of this book may be reproduced in any form or by any electronic or mechanical means, including information storage and retrieval systems, without permission in writing from the publisher, except by a reviewer, who may quote brief passages in a review. 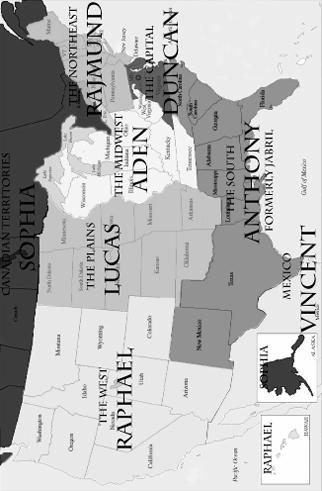 SIDONIE REID gripped the seatbelt tightly, the nylon digging into her fingers as the ambulance roared through an intersection to the sound of blaring horns and squealing tires. There was so much noise. The siren was a constant assault to her ears. The radio blatted voices—the dispatcher, other drivers, hospitals.

There were no windows, and even if there had been, she couldn’t have made sense of it. She didn’t even try. All of her energy was focused on the pale woman strapped to the gurney, struggling to live. She squeezed Janey’s hand harder, willing her to fight, to know that she wasn’t alone, that there was someone here who cared, who knew the truth of what had happened. Not what it looked like, but what it was.

“Ma’am, I need you to let go of her hand.” The EMT’s voice was brisk and businesslike. Janey was just another patient to him, one more casualty of the war on drugs. Lines in, needles out, pump up the cuff, write something down. He was in constant motion, and even though Sid knew he was working to save Janey’s life, that he had to maintain that one emotional step away in order to do his job, she resented his detachment.

Janey wasn’t just another junkie. She was dying because someone wanted her dead, and no one cared. No one but Sid, and who was she? She’d lied to the police and said she was family, but the truth was Sid didn’t even know if Janey
had
a family. She didn’t know her birthday, her favorite song, didn’t know if Janey was even her real name. All Sid knew for sure was that someone had done this. Someone had stuck that needle in Janey’s vein, had sent a lethal dose of pure heroin on a straight path to her heart. Someone wanted Janey out of the way, wanted her dead, and
that
was Sid’s fault. That’s what she had brought to her friend’s life. Nothing but death.

“You have to let go,” the EMT repeated, more strongly this time.

“I’m sorry,” Sid said, letting Janey’s limp fingers fall back to the gurney, bowing forward over her knees, getting as close as she could to her friend without touching. “I’m sorry, Janey,” she whispered. She felt hot tears rolling down her cheeks and didn’t try to stop them.

The EMT glanced up. “Is this her first OD? Do you know what drugs she was taking?”

The EMT gave her a pitying glance. “Look, lady. She’s OD’ing on something, probably heroin, and I need to know if there’s anything else in there. You’re not doing her any good by pretending she’s not a junkie.”

“She’s not. Someone did this.”

Medical alarms blared, drowning out the wail of the siren as they pitched around another curve.

“Stay back,” the EMT ordered tightly, then ripped the sheet off Janey’s chest, baring her small, pale breasts, and oh, how her friend would have hated that. The smell of something burning filled Sid’s nostrils as the EMT tried to jolt Janey’s heart back to life, her back bowing off the gurney. The EMT swore as the monitor continued to show nothing but flat line, and then the ambulance doors banged open, and Janey was gone, whisked through the double doors, surrounded by men and women who probably saw cases like this every night. Just one more junkie overdose.

But Janey wasn’t a junkie. Someone had killed her to send a message. Well, message received. But Sid wasn’t backing off. She was going to find out who had done this, and she was going to make them pay.