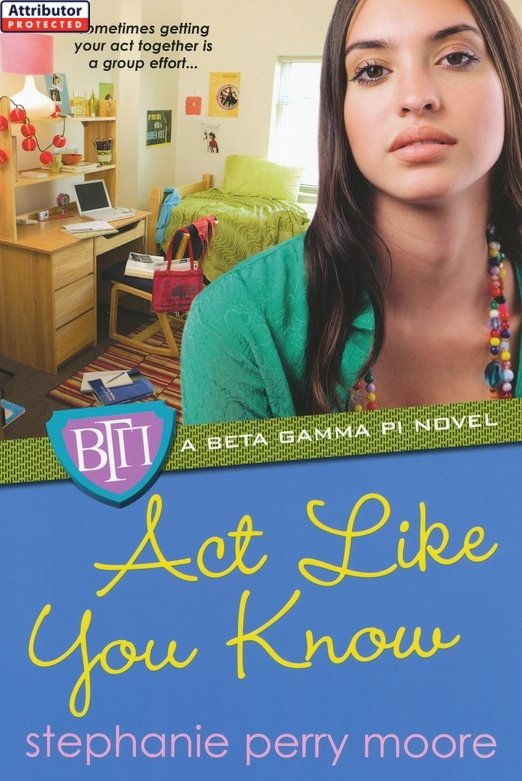 All copyrighted material within is Attributor Protected.
For
Dr. Deborah C. Thomas,
Dr. Paulette C. Walker,
Cynthia Boyd,
and
Christine Nixon
Â
(the last four Southern Regional Directors for my
beloved Delta Sigma Theta Sorority Inc.)
Â
You have all schooled me!
Thanks to your leadership and love,
I know I'm dynamic and empowered.
Under your guidance, you encouraged me
and many others to soar toward excellence.
May all readers, Greek or not,
know they are extraordinary and act like it.
ACKNOWLEDGMENTS
Going to college for reasons other than getting an education was my story. I thought I was ready to get out of my parents' home. I wanted to party. I couldn't wait to make my own rules. I was extremely excited to make new friends, and I was over-the-top loaded down with extracurricular activities: the dance team, football hostessing duties, college ambassador, Student Government Association chairperson, Homecoming Court, and Greek life. My grades weren't my first priority, and they weren't as great as they could have been because of this. Truthfully I barely had the grade point average to pledge. Though I was well rounded, I was not focused. To be the best collegiate student one can be, you must remember you're in school to learn. If there is nothing in your head, how can you help an organization? And once you gain that knowledge, you can have an even better life.
Â
Writing a book on the importance of education wasn't easy. It's hard admitting that I personally should have done better. Yeah, I turned out okay, but being average was not my best. And I've created a harder road because of it. My grandparents didn't go to college, and they wanted me to be better than them. I want every young reader to be better than I am. And if my story helps you do better, hear me when I say I wish I had my master's and doctorate. I wish I would have soaked up everything my college studies had to offer. I wish I would have had better grades so I could have been able to do more. You still have a chance to seize the moment. Don't hold yourself back. Act like you're there to become phenomenal. Here is a shout of thanks to those who helped me succeed despite my shortcomings:
Â
For my family: parents, Dr. Franklin and Shirley Perry Sr.; brother, Dennis; sister-in-law, Leslie; and mother-in-law, Ms. Ann. For my extended family: Reverend Walter and Marjorie Kimbrough, Bobby and Sarah Lundy, Antonio and Gloria London, Cedric and Nicole Smith, Harry and Nino Colon, and Brett and Loni Perrimanâyour love teaches me how to give. Keep loving hard. I'm more compassionate because of your support.
Â
For my publisher, Kensington/Dafina Books, and especially to the person who signed this series, Selena Jamesâyour knowledge of the publishing world helps make me better. Keep believing in me. I'm a more effective author because of your involvement.
Â
For my writing team: Ciara Roundtree, Chantel Morgan, Ashley Morgan, Alyx Pinkston, Jenell Clark, Cassandra Brown, Dorcas Washington, Vanessa Davis Griggs, Victoria Christopher Murray, Sonya Jenkins, Edythe Woodruff, Beverly Jenkins, Joy Nixon, Chandra Dixon, Bridget Fielder, and Myra Brown Leeâyour honesty helps me keep the story real. Keep staying on me. I'm humbled to have you as part of my team.
Â
For my National Commission on Arts & Letters committee, particularly Yolanda Rodgers-Howsie, Dayna Fleming, Anitra Shaw, and Denise Gilmoreâyour commitment to the arts inspires me. Keep supporting dreams. I'm happy to help others create because we're actively redefining together.
Â
For my growing kids: Dustyn Leon, Sydni Derek, and Sheldyn Ashliâyour curiosity keeps me on my toes. Keep wanting to know more. I pray you keep giving God your all.
Â
For my hubby, Derrick Mooreâyour quest for knowledge helps me not stay complacent. Keep treading new ground. I'm doing God's will as I follow you.
Â
For my readersâyour faith that this book can bless you warms my soul. Keep turning the page. I'm happy you've chosen my novel.
Â
And for my Lord and Savior, Jesus Christ, Your word is a light unto my feet. Keep guiding my path. I'm following.