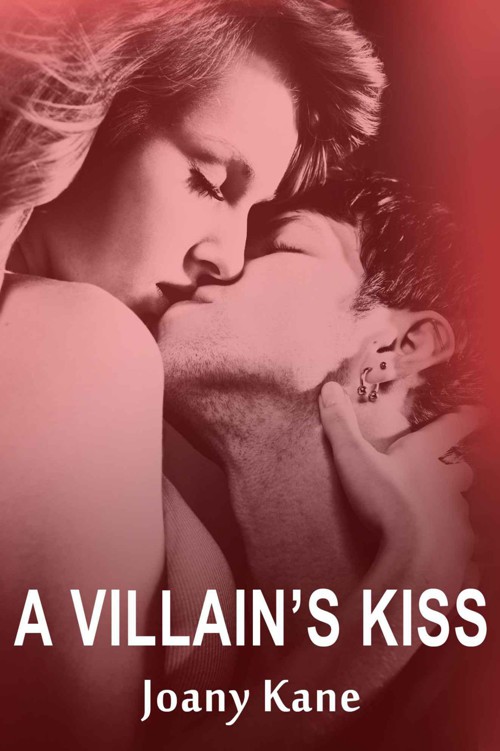 "What
do you think?" I nervously asked Sophie as I adjusted the sleek black
cocktail dress.

I knew I could
trust my best friend's judgment. I desperately wanted to look remarkable and
hoped that Sophie's flair for fashion would help me now in this important
dressing room moment.

"You
look stunning!" Sophie replied. "I would definitely buy that
dress.

You Jill, will be the
Cinderella of the cast party."

I
didn't really believe her, but I hugged my friend for her words of
encouragement.

Sophie's kind
words helped calm the butterflies in my stomach.

I wasn't sure why I felt so nervous, I wasn't the one that
would be performing on stage that night; I'd just be sitting in the audience.

A
traveling theatre group was coming to town for one night.

I loved going to the theatre and I had
been excitedly looking forward to this night for months.

I even saved two month's worth of
waitress tips for the event.

Hard earned tips that bought me front row seats and expensive guest
passes to the cast party following the play.

The remainder of the money would go for my outfit.

Sophie
and I spent hours getting ready for our special night.

The final touch of my beauty
preparation was a pair of sparking earrings.

"You
look ready to win an Oscar."

"I
hope Oscar is cute, nice and single."

But it
wasn't really a joke, I didn't have a leading man in my life and there were
many nights I wished on the early evening star for a magical romance.

But the prospects had been bleak
for quite some time now so I had settled for finding inspiration and romance on
the page, stage and screen.

Well,
the evening was finally here.

Sophie, her husband Earl, and myself arrived in time to enjoy a
champagne cocktail before the play began.

I was so nervous.

You're
the prettiest patron of the arts here."

He amended as he snuggled his arm affectionately around
Sophie.

As
the orchestra started the music we took our seats.

The lights dimmed, the curtain rose and the play began.

For the next couple of hours I was
swept up in the passion, romance and drama on the stage.

I
felt the longing in the stolen kiss between the hero and heroine.

Shivers ran down my spine when it felt
like the villain's eyes pierced through my very own soul.

Dark eyes that beckoned me to get lost
in, to get trapped in, the passion they held.

I
relished every moment of the play - both the scary moments and the magical
ones.

As the curtain rose and the
actors took their final bows I felt sad.

The night that I so impatiently waited for was now
nearing its end.

"Don't
look so glum, we still have the cast party to go to."

Earl commented. "I wouldn't want to meet him in a dark
alley."

Did you see how dark his
eyes were?"

I
shivered as I thought about those eyes. "I'll protect you fair damsels
from that phantom."

Earl
promised as he did his best to sound tough.

I wasn’t about to tell him the shivers weren’t shivers of
fright, but shivers of desire.

Sophie cooed as she
kissed her husband.

I couldn't
help but smile longingly at their affectionate exchange.

After
the play we headed over to the party.

The event was in full swing with the cast and VIP guests mingling about
in the penthouse suite of a hotel.

Sophie
and I were so thrilled when we met both the leading man and leading lady.
"They don't seem at all like they do on stage."

Sophie whispered to me.

The
champagne cocktails started to make me feel bubbly.

I decided to get some fresh air outside on a quiet, secluded
balcony.

Sophie and Earl were
dancing to the music so I figured I wouldn't be missed.

I closed my eyes and let the sounds and
the feelings of the evening flow through me.

Then
a noise from behind startled me.

Just as I turned around to see what caused the noise my eyes locked with
the darkest brown eyes I have ever seen.

The dark eyes held my glance as if I were under a spell.

A spell cast with longing and desire,
passion and romance.

The eyes took
me to a place I didn't want to leave.

Reluctantly, the connected gaze broke leaving me breathless and
blushing.

"I
didn't mean to frighten you."

The man with the eyes whispered.

When
I regained my composure I saw that the eyes belonged to the villain from the
play. He was more handsome and dashing in person than on stage.

I realized he must have been
thinking that the villain's eyes scared me, when in truth it was
his
eyes that stirred a longing in me.

"Oh
no, please, you didn't frighten me at all.

“Just the opposite...” I stammered, catching myself
before I made a fool of myself.

What was I thinking blurting out something as silly as that.

His smile warmed me like nothing had
ever warmed me before.

Why was I
feeling so star struck?

The
man approached me, looking intently at me, capturing me in another soulful
gaze.

If he wanted me as his
captive, I’d go willingly.

"It's
just that playing the bad guy all the time, I'm used to frightening people.

Off stage, people still think I'm
the villain," he said.

"As
soon as I saw you, I knew my evil ways were behind me."

He teased with a hint of honesty.

A rush of passion filled me as my smile
widened at his flirtatious comment.

I saw you in the front row
this evening.

I hope you enjoyed
the play."

It was
a delightful evening."

I
replied, awestruck that he actually remembered seeing me in the audience.

"It
certainly is turning out to be one."

Jason responded, his gaze reaching every cell in my body.

I was about ready to melt.

It was a good thing Jason extended his
hand to me just as the jazz band in the other room began to play a sensual
song.

"May I have this
dance?"

I
nodded as I glided effortlessly into his embrace.

We swayed slowly to the song.

Our hearts seemed to beat together as
if they were one.

He held me
close, so very close, as if he never wanted to let me go.

With his body molded to mine I
could feel his desire.

I
prayed that the song would go on forever.

This magical moment with Jason was a treasure that I didn't want to
lose.

A dream come true better
than anything I had ever read on the page or seen on the stage.

As
the song came to an end, Jason continued to hold me close.

He locked eyes with me and leaned in,
his lips connected with mine in a kiss that couldn't have been more Hollywood
magical.

The kiss was tender,
sweet romantic.

At least it
started out that way.

Then
passion kicked in as his tongue parted my lips and thrust into my mouth.

I met his longing with my own, our
tongues searching, exploring, igniting a fire that I didn’t think could ever be
extinguished.

Jason moved his hand
to my breast, cupping it as I moaned, lost in the moment and the ecstasy.

Suddenly
the doors to the balcony flew open.

We pulled apart from each other.

We've been looking all over for you.

There are some people the director would like you to
meet."

The
older woman grabbed Jason and practically dragged him away from me.

He locked my eyes in a gaze as if
pleading for me to wait for him.

I
waited on the balcony for a bit of time.

Over an
hour later Sophie and Earl came and found me and told me it was time to leave.

As
we made our way to the elevators I looked around the room, no sign of Jason.
How cruel fate was to light a match before the fire could be flamed.

The elevator doors opened and we stepped
in.

Just as the elevator doors
began to close, a hand reached in to stop the closing.

Jason stepped
into the elevator, his gaze focused on me.

Expecting a floor number for an answer.

Jason stepped closer to me, his eyes
still connected to mine and answered, “Wherever she’s going.”

Thank you for reading my short story “A Villain’s Kiss.”

I hope you enjoyed it.

For more information about me and my
projects, please check out my website:
http://www.joanykane.com

I am a screenwriter by trade.

My first movie, the Emmy nominated “The Christmas Card,” was voted the
most beloved holiday movie of all time by the Hallmark audience.

My movie “The Christmas Kiss,” when it
aired on ION, was the highest rated movie of all time for the channel.

It was the
highest rated movie of the year for the Hallmark Channel.

I have available in ebook two novellas, “The Memory Agent & Fool
Me Once.”

They both feature
action, crime, suspense and really awesome romances!