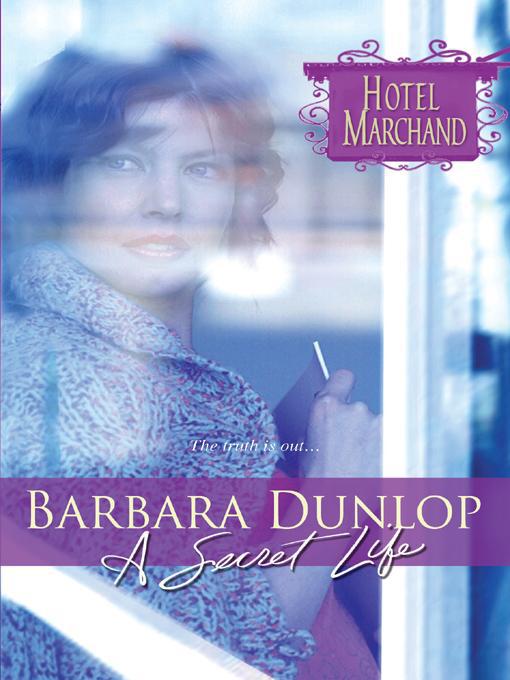 Just a quick note to bring you up to date with life here in Indigo. La Petite Maison’s been hopping over the summer, but I’m not complaining. Running a B and B has proved to be more fun than I expected.

The locals are planning a Cajun music festival for the fall, and they’ve enlisted my help. People want to raise money to revive the old opera house and promote tourism in the little town. The only one I know who’s opposed is a woman named Joan Bateman. She moved here from the East about ten years ago and she’s afraid an influx of tourists will ruin Indigo, but I think she’s pretty much outnumbered. Besides, this place is so charming, with the bayou running through it and the old shotgun houses and opera house, it deserves a few visitors. I figure the money they spend will do more to keep the community alive than destroy it. Whoa, I’m starting to sound like a local myself. Maybe I’ve been here too long!

Send my love to Aunt Anne and your sisters, and especially my little cousin Daisy Rose.

I’ve only visited New Orleans once in my life. But I was immediately struck by the grace of the architecture and the passion of the people. From the music to the food to the clothing and art, everything about the city throbs with passion and a zest for life.

When I was offered an opportunity to participate in the Hotel Marchand continuity series, the sights and smells and sounds of Louisiana immediately returned to me. I took my characters through the historic architecture, let them indulge in the unique foods and stranded them in a pounding thunderstorm far up in the wilds of the bayou.

I had experienced a thunderstorm during my own trip. It stranded me with a group of friends in a quaint little restaurant next to a courtyard where the deluge clattered against wax-leaved, tropical plants. It was a glorious afternoon, and I learned then and there that Louisiana doesn’t do a single thing in moderation.

New Orleans is a jewel. It is also tenacious and audacious. I know this great city, and the great state of Louisiana will be back, bolder and better than before.

I’d love to hear from readers with their own Louisiana stories, or from those who just want to say hi. You can reach me through my Web site at www.barbaradunlop.com.

For Jane Graves, Kathryn Lye
and Jennifer Green.
In honor of one memorable thunderstorm
in New Orleans.

Barbara Dunlop
is the award-winning, bestselling author of numerous books for Harlequin and Silhouette. Her novels regularly hit bestseller lists for series romance, and she has twice been shortlisted for the Romance Writers of America’s RITA
®
Award. Barbara now lives far up north in the Yukon Territory, where she is currently curled up in her log cabin working on her next story.

A
NTHONY
V
ERDUN
knew he should feel guilty, but he hadn’t felt anything but free since three o’clock Friday afternoon when he fired Clarista Phillips. He drew a deep, cleansing breath as his feet pounded the pathway between the pond and the artists’ gate of Central Park on his Monday morning jog.

The woman was great with word processing and appointments, but her flirtatious manner had become embarrassing. Her fixation on Anthony had culminated in a pair of red lace panties in the interoffice mail, along with an explicit invitation involving peaches, whipped cream and silk scarves.

It wasn’t that he had anything against silk scarves, or lace panties for that matter. But he was an old-fashioned guy. He preferred a little dinner, maybe even a drink before the first blatant proposition. He tapered his run to a jog as he exited the park, slowing for the traffic lights on Sixth Avenue, and finally switched to a walk.

His wet, khaki T-shirt clung to his skin in the warm, September breeze, while beads of sweat dampened his short, dark hair. He stretched his neck from side to side, listening to the vertebrae pop in relief as he crossed the street and headed for the Moulin Coffee Bar. The bells on the door jingled against the rush hour traffic sounds, and the aroma of fresh coffee beans greeted him like an old friend.

He approached the counter, picking up a newspaper from the rack and stuffing it under his arm as he smiled at one of the regular counter clerks. “Large, black Colombian, please.”

Young and pretty, with a tousled ponytail and bright red lips, she returned his smile as she rang in the purchase. The glint in her eyes invited conversation, but Anthony had a full day ahead of him. And after Friday’s experience, he sure wasn’t in the mood for ingenuous chitchat.

He pulled his cell phone from the hip pocket of his jogging shorts, pressing the speed dial for Kent Livingston’s direct line. As he waited for the connection, he considered the bagels and sticky buns behind the glass case. He’d made time around the lake this morning, and he was in the mood to celebrate, so he pointed to the sticky bun and held up one finger.

Kent picked up on the first ring. “Livingston, here.”

“Anthony,”
Kent cooed in a singsong voice. “You sly son of a bitch.”

Anthony handed the clerk a twenty, trying to zero in on Kent’s meaning. Had he heard about Clarista? If so, it was more than a little embarrassing. He sure hoped nobody else in the tight-knit New York literary world knew why he’d fired his assistant.

“Thanks,” he muttered into the phone, dropping a couple of bills into the tip snifter and pocketing the rest of his change. He carefully balanced the coffee and the bun while working out an exit from the confusing conversation.

“Zane Randal’s worried about the promotional copies making it to Berlin on time,” he tried.

“Not a problem,” Kent responded, his voice turning more serious as he shuffled some papers in the background. “I’ll confirm with marketing this morning. Is Zane heading over on Friday?”

“Thursday,” said Anthony, pushing open the coffee shop door with his elbow, giving up the buzz of conversation for the honks of Sixth Avenue. “His publicist set up a couple of radio spots and a reading.”

“That’s what we like to hear,” said Kent. “The marketing rep will catch up with him on Saturday morning. He’s at the Hilton?”

“He is,” said Anthony, pleased that this pivotal leg of Zane’s book tour was under control. As he paced up the sidewalk toward the Prism Literary Agency offices, he mentally clicked through the other priorities involving Kent.

“I’ll have to call you this afternoon on the new Jules Burrell contract,” he said. He was still waiting for a phone call from Joan to confirm the manuscript deadline.

Kent chortled. “Think I’ll be passing that one up to Bo.”

Anthony paused. They were passing Jules Burrell to Bo Reese? That didn’t make sense. As the vice-president of author development, Bo was one of the top power-wielders at Pellegrin Publishing. He usually didn’t bother with anything under seven figures.

“I figured you’d do that,” Anthony bluffed, wondering if
Bayou Betrayal
might have hit a list. “I’ll have to call you back.”

He snapped the phone shut before Kent had a chance to realize Anthony had been caught off guard. Then he quickened his pace for the last two blocks, biting into his sugary breakfast and guzzling enough caffeine to jump-start his brain.

He nodded to the security guard in the lobby and took the elevator to twenty-two, where he said good morning to the receptionist at the Prism offices.

“Nice move, Anthony.” Rosalind smiled and winked as he walked by, finishing off her greeting with a perky little salute.

Anthony didn’t break his stride. Could Rosalind have heard about Clarista? Had somebody issued a memo or something?

He passed through his outer office, draining the coffee and tossing the paper cup into the trash. He’d take a quick shower before looking into the status of
Bayou Betrayal.
If the book had made a list, all kinds of things were possible.

“Verdun!” boomed Stephen Baker, bursting through the office door behind Anthony. “What a coup!”

Anthony swiveled to face his boss, hoping against hope this was a Jules Burrell matter and nothing to do with Clarista.

The barrel-chested, thick-necked Stephen slammed a copy of the newspaper on Anthony’s oak desk. “
The New York Times
no less!”

Anthony quickly glanced at the newspaper. It was folded open to the front page of the lifestyles section. The name Jules Burrell jumped from the headline.

A write-up? A first page write-up?

Hot damn.
A sizzle of excitement rushed up his spine.

He picked up the paper, trying not to look too surprised. But then he caught the name Joan Bateman in the opening paragraph, and his heart all but froze in his chest.

“No,”
he rasped, fists crumpling the flimsy pages.

Stephen clapped him on the shoulder. “Brilliant move.
Brilliant.
”

Anthony shook his head. “I didn’t…”

Son of a bitch.

Stephen pulled back in obvious surprise. “It wasn’t you?”

Anthony’s voice went up an undignified octave. “Of course it wasn’t me.”

Stephen hesitated. “Maybe it was Joan.”

“Not a chance in hell.” Then Anthony’s brain suddenly engaged.
Clarista.
Clarista must have found a way to access the confidential files.

“I fired Clarista on Friday,” he told Stephen, squeezing his eyes shut for a split second and pinching the bridge of his nose.

His boss raised a bushy eyebrow. “What for?”

“Inappropriate use of the interoffice mail.”

“It was on Friday.” Anthony quickly scanned the rest of the article.

“Of course I think. She swore up and down I’d regret it.”

Stephen snorted. “Well, I don’t regret it one little bit. The woman did us a favor.”

Encore Encore by Charlie Cochrane
Another Word for Murder by Nero Blanc
Life's A Cappella by Yessi Smith
Knight of Wands (Knights of the Tarot Book 1) by Mason, Nina
The Sunny Side by A.A. Milne
Small Island by Andrea Levy
The Wandering Island Factory by TR Nowry
Wanderlust by Thea Dawson
Meet Me at the Boardwalk by Erin Haft
The Lost Years by Clark, Mary Higgins