A Rose in No-Man's Land 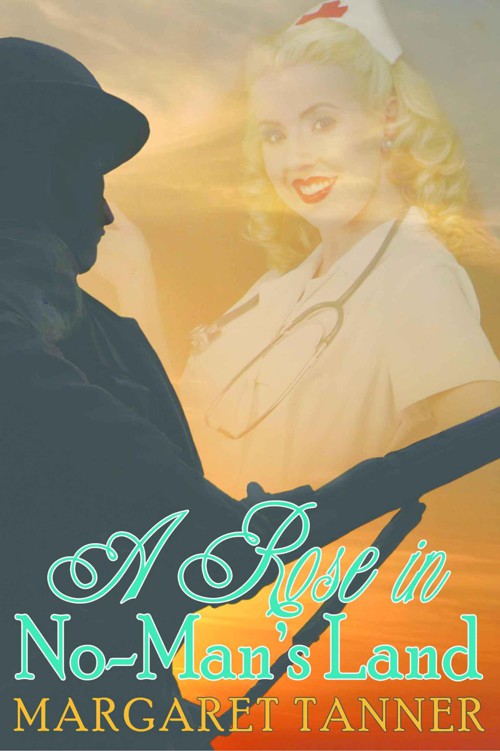 A Rose in No-Man’s Land

A word about the author…

A Rose in
No-Man’s Land

A Rose in No-Man’s Land

HOLLY AND THE MILLIONAIRE
: “Heart-wrenching, sensual and thoroughly romantic...a treasure to be savored.”

CARDINAL SIN
: “Australia in the days of the VietNam war...a delicious story written about and around strong characters. ...definitely a book you will go back to again, a keeper you shouldn’t miss.”

“The kind of love that survives such traumatic times leaves a lasting impression...truly a page-turner.”

THE TROUBLE WITH PLAYBOYS
: “A worthwhile read...that will not let you go till the final page.”

“Margaret Tanner is an amazing writer. I am not a fan of the historical genre but found this one thrilling. ...true romance in an era of chaos.”

WILD OATS
(2010 EPIC Awards Finalist): “A wonderful, memorable story.[in this] prequel to
THE TROUBLE WITH PLAYBOYS
.”

RELUCTANT FATHER
: “An entertaining story …[of] a relationship of misunderstandings.”

~Wendy, Happily Ever After Reviews (Rated 4.5)

This story is dedicated to the battlefield nurses

who served in the 1
st
World War.

The soldiers in the trenches called them

the Roses of No-Man’s Land.

“The nurses have arrived,” Guy Webster yelled as he dashed into the office.

“You shouldn’t be chasing nurses. I thought you were a happily married man.” Mark Tremayne tossed his pen on the desk and pushed his writing pad to one side.

“I am, mate.” Guy flung himself into one of two vacant chairs.

Watching Guy’s cheerful grin as he imparted his news, Mark wondered, not for the first time, how two such complete opposites could have become friends so fast.

“I wanted to see Smithy before I left on that recruiting drive. Imagine trudging around the country for a week expounding duty to the Empire. We’ve already got so many volunteers we can’t accommodate them,” Guy complained, even though the grin never left his face.

“My cousin, mate. I have to take my company out for target practice before I go.”

“It’s your own fault. You’re too soft with the troops.” Mark offered him little sympathy. “If you give an order, make sure it’s obeyed.”

“Rot.” Mark threw his hands up in frustration. “I keep telling you. These soldiers have to be molded into a cohesive fighting force, and there isn’t much time.”

“Meaning mine don’t? It doesn’t matter to me whether they hate my guts or not. I won’t have soldiers under my command who are a liability in battle. They get other men killed.”

“You haven’t changed your mind about coming home with me on the weekend, mate?”

“There are plenty of them around. Sophie is looking forward to meeting you. I mention you in all my letters.”

“Are you sure it won’t be an imposition? You’ve only been married a short time.” Why had he agreed to go in the first place? A sudden desperate yearning to have what Guy did swept over him, but he crushed it with ruthless determination.

“We would love you to come. If Smithy gets leave from the Medical Corps, you could pair off. Best rider on the station is Smithy. Well, second only to father. Knows every inch of the place.”

Mark couldn’t wait to meet the legendary Smithy. Why did such an expert horseman join the Medical Corps instead of the Light Horse?

“I’m off, mate. See you when I get back from the recruiting drive.”

Mark returned Guy’s grin with a wave. The door banged, leaving him alone. Powerful recollections suddenly surfaced. October 1899. He had rushed off to the Boer War in a surge of patriotism for the Empire.

In the mad euphoria of pre-embarkation leave, he met and married Maryanne. She vowed eternal love, then spurned him when he needed her most. Even in death she still wielded enough power to ruin his life. He had paid a high price to learn that only fools believe in romance.

He couldn’t change the hand fate had dealt him. He could only try to expunge his bitterness by thinking of his precious little goddaughter Julia in South Africa. Picking up his pen, he started to write.

He printed it in large letters so the seven-year-old would be able to read it.

I am going to stay at a friend’s farm so I might see a kangaroo. You remember I sent you a picture of one the last time I wrote.

When he’d finished the letter, he sorted through a mountain of paperwork, trying to get it into some semblance of order. After an hour or so, he rose from his desk and stretched his cramped limbs. The cooks should have some hot food ready by now. He put on his cap and strode outside.

An icy blast of wind sliced through his tunic and turned his bones to ice. The gray, murky clouds looked ready to drop their watery load at any moment. Godforsaken bloody place.

The Young Men’s Christian Association had set up a canteen, but otherwise little provision had been made for the recreation of young recruits, some away from home for the first time in their lives. Typical of the big brass, didn’t give a damn about the troops, he thought savagely as he turned up the collar of his uniform jacket. The hierarchy ignored his complaints and suggestions on how to improve things.

Amy had been foolish wandering away from the other nurses to search for Guy, but she desperately wanted to see her cousin’s smiling face again. She yearned for what might have been had she not left home to start nursing. Guy might not have met and fallen in love with Sophie. She scolded herself both for envying his happiness and for getting lost. Hunching deeper into her uniform jacket, she tried to keep out the perishing cold.

Bang! She collided with a man and would have been sent sprawling if he hadn’t grabbed hold of her arms.

“I’m terribly sorry.” The impact of their collision had loosened a few strands of pinned back hair, causing flyaway tendrils to drift across her cheeks. She tilted her head back to stare into her rescuer’s face. His deep blue eyes appeared as arctic as the gusty wind sweeping across the army camp.

“I should have watched where I was going, sir.”

The crisp preciseness of his accent labeled this man as upper-class English. He wore his uniform with the assured arrogance only a well trained English officer possessed. So what was he doing in the Australian army?

“Do you know where Captain Webster is?” Amy wondered why she didn’t pull away from his lethal magnetism.

“I’m afraid he’s off on a recruiting drive. Won’t be back until Friday.” His demeanor could have frozen water, yet his hands scorched through the material of her jacket.

He still imprisoned her arms. His breath, warmly fanning her cold cheeks, did strange things to her heart.

He removed his hands suddenly, as if she had slapped them away, then stepped back a pace. His narrowed speculative gaze slid down the length of her body. Even though the intense, insolent appraisal was shocking, heated excitement coursed through her.

“Yes, I am. Could you direct me to the officers’ mess please, Captain Tremayne?”

“I’ll do better than that. I’ll escort you.”

“Thank you.” Did he always act so stiff and formal?

He strode off, then shortened his stride. “Sorry. You are tiny, aren’t you?”

Having always been sensitive about being short, her hackles rose at his disparaging remark. “I happen to be five feet three inches tall.” She tried to sound haughty. “It’s just that you’re so tall.”

“You haven’t got the build for a nurse. You’re too frail.”

“Looks are deceptive. I’m as strong as an ox.”

His tanned skin and the dark shadow about his jaw-line enhanced the rugged contours of his handsome face. A black, neatly trimmed moustache adorning a sensual upper lip added to his piratical splendor. He reminded her of a buccaneer she once saw in a storybook.

She’d taken little interest in men once Guy became unobtainable, but instinct warned her Captain Mark Tremayne would be a dangerous predator who stalked his prey with a quiet, deadly intent. Why wasn’t she running away to safety with the other nurses?

“You don’t look old enough to be a nurse.”

When they came to the long weatherboard building serving as the officers’ mess, he pushed the door open. Stepping back a pace, he let her enter first.

He sketched a salute before striding over to a group of officers on the far side of the room.

“You’ve finally arrived, Amy.” Ella, the senior sister, minced up to her as she stepped inside. “We thought you got lost.” Ella’s eyes were a beautiful emerald green. Her auburn hair curled about her ears, giving her a girlish appearance even though, in Amy’s calculations, she had to be forty. Most of the nurses knew Ella had been widowed and left in impecunious circumstances by a gambling husband. She was an excellent nurse, brilliant academically, yet she seemed cold, somehow lacking in compassion.

“I did get lost, but Captain Tremayne came to my rescue.”

“Indeed! I’ve been wondering what Captain Mark Tremayne looked like.”

They took their seats at the table with the other nurses, so Amy didn’t get a chance to ask Ella what she meant. The food, served by three young privates, proved to be plain but hot. After only a few mouthfuls of vegetable soup, she felt herself thaw out. Their next course consisted of roast beef with several varieties of vegetables.

“This smells appetizing, thank you.” Amy smiled up at a sandy-haired young soldier.

“The cooks put on a special meal by way of welcome for you nurses, Sister.”

“Tell them we appreciate their efforts.” She gave a bubbly laugh, which jammed in her throat as she glanced across the room and caught Captain Tremayne staring at her.

He said something to his companions, and several male heads swiveled in her direction. Heat scorched her cheeks, and she lowered her head. Ungentlemanly brute.

The Archer's Gold: Medieval Military fiction: A Novel about Wars, Knights, Pirates, and Crusaders in The Years of the Feudal Middle Ages of William Marshall ... (The Company of English Archers Book 7) by Martin Archer
Miss Winters Proposes by Frances Fowlkes
Trouble by Jamie Campbell
The Clue is in the Pudding by Kate Kingsbury
Four Grooms and a Queen by John Simpson
The Lake of Dead Languages by Carol Goodman
JAKrentz - The Pirate, The Adventurer, & The Cowboy by User
Blood Curse by Crystal-Rain Love
The Joy of Gluten-Free, Sugar-Free Baking by Peter Reinhart
The Life and Prayers of Saint Paul the Apostle by Wyatt North