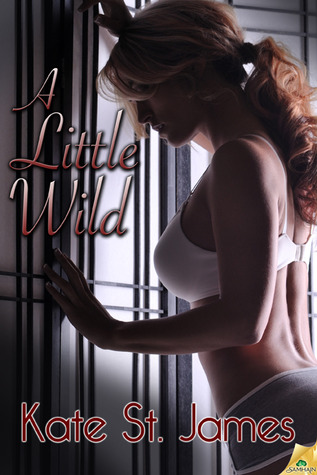 For Shari, who deserves every wild and wonderful thing that comes her way.

Thank you to my husband Steve for his never-ending support, willingness to play golf whenever the spirit moves him (allowing me more time to write), and indulging my belief that making Sloppy Joes for dinner constitutes a “fancy meal”.

My appreciation to Jennifer Stark for introducing me to Samhain, and to my editor, Sue-Ellen Gower, for putting up with my myriad newbie questions and for her keen editorial eye. It was a pleasure working on this book with you.

Many thanks to Robert Fuller, who patiently answered several emails about corporate law as I wrote the first draft of this story. I tried not to take fictional liberties with your replies, Robert, but a few might have crept in. All factual errors are of course mine. Thanks also to Robert’s wife and my fellow Canuck writing buddy, Gail Fuller, for responding to my online plea for research help and putting me in touch with him.

Lastly, I am indebted to my former critique partners and dear author friends, Mary Forbes, Brenda Jernigan, and Jamie Sobrato, for reading an earlier version of this story and offering constructive criticism and insight!

“You can’t ignore the entire male gender, Tess. What will you do about sex?”

Tess Sheridan squirmed in her chair in the upscale Vancouver bar. “I’m not ignoring them all, just the—”

Chloe laughed, her dark hair swinging. “Sleeping with one man would suffice. And I’m not talking a member of your guy-pal entourage, either, so don’t worry.”

Tess sighed. Why, oh, why had she blabbed her decision to remain celibate? Chloe clearly thought she was nuts. And Tess might, too, in another life. One not influenced by her horrendous workload, her history of wrongwrongwrong, totally wrong relationships, and the biggie: fear of winding up like Mom.

She sipped her English Bay Pale Ale, the smooth malt flavor welcome after another warm mid-August day. “Don’t call them my entourage.” She hated the nickname.

“They’re my friends.” The thought of hooking up with any of the men she currently dated gave her hives. Not because she considered them male counterparts of her type-A self, either, which was hardly lust-inspiring—she slept with herself every night.

No, sex spelled trouble, plain and simple. She lost perspective, put the guy’s needs ahead of her own. Or at least that was how it always seemed.

“Whatever.” Chloe drank her beer. “My point is, you’ve accomplished a great deal since passing the bar exam, yet all you do is work.”

“I have to keep working hard if I want to prove myself to Mr. Greenburg,” Tess said above the chatter and soft rock music filling the trendy bar. Greenburg & Associates topped the city’s corporate law firms. Tess had articled with Lawrence Greenburg upon graduating from the University of British Columbia’s competitive law school. He’d been so impressed with her diligence and enthusiasm that he’d offered her a position as junior associate. She owed him for the opportunity to rise quickly through the ranks and someday make partner.

And she owed herself that same chance to become both financially and emotionally independent. Self-reliant. Free and unencumbered.

Although maybe a little bit lonely.

She shook off the dull ache settling over her. “Mr. Greenburg has shown an enormous amount of faith in me by inviting me to sit in on the latest Halliday Enterprises’ consultation.” Graham Halliday, Vancouver’s wealthiest entrepreneur, possessed a reputation for generosity and community spirit. Tess looked forward to meeting him at the conference table next week. “I could learn a lot from this acquisition, Chloe. I have to stay focused.”

“Chloe, I love you like a chocolate fudge sundae, but you’re trying to distract me. I can’t afford to become emotionally involved with any man right now.”

“That’s why you only date dweebs?”

“No.” Tess sniffed, feigning insult. “That’s why I’ve only dated casually since Warren.”

“Why you always break it off before the third date.”

“Why I won’t stay with any man long enough to form an emotional bond,” she corrected.

“Hmm.” Chloe drummed her fingers on the polished wood table.

Tess blinked. “Ridiculous,” she said as their waitress approached. “I just happen to know what I want.”

“Why do you keep checking your watch?” Zach Halliday asked his brother, Ethan. They sat on upholstered stools at the brass-trimmed mahogany bar that earned Danver’s Pub kudos with the corporate crowd. “We came here to unwind. Can’t you ignore the ticker for an hour?”

Ethan’s lean face broke into a tolerant smile. “Easy for you to say, little brother. You spent the day on the golf course and the evening entertaining the Crockett’s Fine Foods representatives. I, on the other hand, have been embroiled in heavy-duty discussions with Dad and the Halliday accountants.”

“Your choice.” Zach sipped his scotch. “You thrive on plotting business strategies and handling negotiations, Eth. You always have. And, you know, playing eighteen holes with Hef Crockett and his merry band of sandbaggers has its drawbacks. All that talk about price points and sales promotions damn near threw my game off.”

Ethan smirked. “What did you shoot?”

“Two over par? At a tough course like Shaughnessy?” Ethan shook his head. “And you probably made Hef feel fantastic about his game while you creamed him.”

“I’m not joking. You’re a natural at whatever sport you try. Me, I’m lucky to shoot eighty-nine.”

“That’s because you never get out on the course.”

At thirty-four and with an MBA to his credit, Ethan was their father’s primary advisor—and was usually happy about it. Zach envied Ethan his focus. Eth had found his place in the world early on while Zach had drifted from job to job within the corporation, trying but never fitting in. Now, at thirty, Zach’s meager responsibilities included wooing reps of potential investments like the Crockett’s supermarket chain. He didn’t hold regular office hours, acting more as a consultant while pursuing his own investments. He definitely didn’t contribute to the company coffers the way Ethan did.

While their father claimed Zach’s people skills were invaluable, Zach knew Graham Halliday would far prefer it if he became engrossed in the financial or managerial end of the corporation, like Ethan.

Problem was, nothing short of the Pacific parting like the Red Sea could motivate Zach’s genuine interest in their father’s holding company for commercial and real estate investments. He wanted to strike out on his own, assert his individuality on a smaller scale. Yet, he couldn’t do that without killing his father’s dreams of building a Halliday family dynasty.

So he’d continued to drift.

“You work too hard, Eth. There’s more to life,” he said in keeping with the laid-back persona his brother expected. He didn’t want Ethan or their father guessing he was up to something. He still had too many balls in the air, and they’d find out soon enough.

“I know.” Ethan’s suit jacket shifted on his shoulders. “I’ll get there.”

“No time like the present.” Turning, Zach gestured around the bar. The professionals frequenting Danver’s ranged from their twenties to mid-forties. Groups of men and women clustered at the large tables. The small tables featured primarily couples and single women.

One such table, close to the antique mirrors in back, looked promising. Even in this dim lighting, Zach noted the two women sitting there chatting with animation. The first was a knockout strawberry blonde with her hair swept up into one of those conservative, flattened-bun things. Unfortunately, from this distance, her suit looked conservative, too.

Not what his brother needed. Ethan was conservative enough on his own.

The second woman, a sporty model with chin-length dark hair, wore jeans and a snug T-shirt nicely showcasing her generous breasts. She’d have Eth relaxing in no time.

“Check out the table by the biggest mirror. That cute brunette could shake you up.”

Ethan glanced across the bar. For a second, his brown eyes gleamed. Then he shook his head and sipped his vodka tonic. “I prefer the redhead.”

The instinctive response surprised Zach. However, while the slender woman’s starchy fashion sense probably attracted Ethan,
his
mind overflowed with visions of releasing the pins from her red-gold hair and watching that beautiful mane cascade over her naked shoulders. He’d count every elegant freckle he prayed festooned her curvy body.

“Nothing wrong with that.”

“She’s your type. Why not go for it?”
Just don’t be licking any freckles.

“Because me and my type never work out.”

An odd relief wove through Zach. “Go for the dark-haired chick, then. Have fun for once.”

For the dozenth time since they’d arrived, Ethan checked his Rolex. “The only thing I’m going for tonight is bed.”

Zach opened his mouth to flip off a remark, but Ethan’s pointed look stopped him.

“What? It’s not even nine.” But Zach noticed the lines of fatigue etching his brother’s face. “Hey, no problem. I’m finishing my drink, though.”

“Yeah, stay. I want you to. No sense spoiling your evening.” Ethan rose.

“Big bro, you know me better than that. I fully intend to relax and enjoy myself.”

And fantasize about unlacing one trussed-up strawberry blonde.

“Excuse me?” Tess asked Chloe after the waitress had taken their orders and left.

“I said, let’s make a bet. I think the reason you’ve been celibate a year is because you’re afraid that if you get too close to a man you’ll fall in love. Can’t have that. It might screw with your partnership plans. Instead, you date dweebs and are happy to keep seeing a guy as long as he doesn’t expect more than a goodnight kiss or make you want to jump his bones.” Chloe wagged a finger. “Come on, Tess, I dare you to prove me wrong.”

Tess snorted. “Get serious.” While roommates at university, she and Chloe had routinely supported one another through romantic slumps. Every so often, that support had evolved into a harmless dare or bet designed to shake off the moral fetters of their Catholic-schoolgirl childhoods. Although they no longer shared an apartment, Tess knew Chloe as well as she did her two younger sisters. And right now Chloe’s mischievous gaze telegraphed that the she-devil had something evil in mind. “Besides, I’m not in a slump. I’ve chosen to concentrate on work. There’s a difference.”