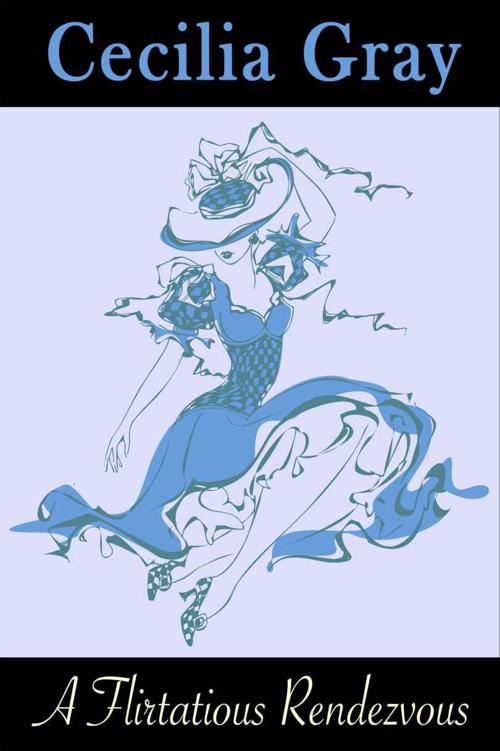 The Gentlemen Next Door—Book Four

This book is a work of fiction and any resemblance to persons living or dead, or places, events, or locales is purely coincidental. The characters are products of the author’s imagination and used fictitiously.

ALL RIGHTS RESERVED. No part of this book may be reproduced or transmitted in any form or by any means, electronic or mechanical, including photocopying, recording or by any information storage and retrieval system without express written consent from the author/publisher.

Published by The Alpha Division, LLC

Adrienne. You should know why. You won't. Because you're modest like that. But you should.

Would it be an acknowledgements section if I didn't thank Shelley? No, it wouldn't.

Twelve-year-old Hanna Morton followed Hayden Banks up the old beech tree that grew exactly between their two London homes near the neighborhood of Pimlico. Hayden perched at the top, nestled against the trunk and a sturdy, knotted branch, and glanced down as she clawed at the base.

“You’ll never make it to the top if you go that way,” he said. “You need to use the branches that grow closer together.”

Hanna surveyed the tree, trying to find the branches he was recommending, but they all looked the same to her. By the time she figured it out, Hayden would be long gone.

“This will do.” She anchored her elbows on a branch. With a grunt, she hoisted herself over it. The rough bark pricked the skin beneath her dress and her mousy brown hair snarled in the twigs.

“You’re going to hurt yourself.”

She winced as her hair was tugged hard from its roots. “No, I won’t.”

She tackled the next branch and the next, ignoring the snags in her curls and the pinching of her skin. After several minutes, she reached the top, breathless not only from her exertions, but also from her proximity to Hayden Banks. He was quite possibly the most beautiful boy she’d ever seen—and she had the good fortune to live next door to him.

Even though his eyes darkened with scorn beneath his brows, he looked positively romantic.

“Barely. Why didn’t you use the route I suggested?” He pointed beneath their feet. From this vantage point, she could see the branches that were stronger and closer together. She could have used them like a set of stairs.

“How could you tell that from the bottom?” she asked.

“It doesn’t matter. I made it anyway.” She gave a contented sigh—he was not only beautiful, but smart as well.

“You sighed. Whenever a lady sighs, she wants a gentleman to ask her why.”

She considered his question. Why
had
she sighed? Why did she always seem to sigh when he was around? “I suppose it’s because…because…” Hanna felt lightheaded and woozy. “I love you.”

“I mean precisely what I asked. Why do you love me? There’s no reason to it. You don’t even know me.”

Hayden shook his head. “Everything has a reason.” He scooted off the branch and began to climb down, ranting all the way. “There’s no point to your feelings. I don’t love you in return. I never will.”

Disappointment pierced her, sharp and poignant. “How do you know?” Hanna called down the trunk.

Hayden dropped to the ground and stared up at her. “Because, despite your pleasant green eyes, you’re not very pretty, and we have nothing in common. I’m sure we can be considerate neighbors, though. There’s nothing to prevent that.” He pivoted on his heel and walked away.

Hanna watched Hayden disappear inside his red-brick Georgian house and kept watch, though all she could see was his head as he passed from one white-framed window to another.

She grasped for a reason to hate him, a reason to drown her feelings, but it was futile. She was twelve, after all, and not much given to sense. She could only consider how he’d complimented her eyes, which her father had always said were an amazing shade of green.

So despite reason and sense, she continued to love Hayden Banks.

Lady Hanna Morton had learned three things about love in her nineteen years.

First, her parents loved each other. She realized this not from the moments when they gazed into each other’s eyes or held hands, but in the moments they didn’t seem to love each other at all. Such as on the occasion of her tenth birthday party, when her father had clumsily knocked over her tea setting in his eagerness to be sure the water was piping hot. Her mother had scolded him as they righted the cups and blotted at the damp tablecloth, waving away the serving staff who tried to intervene.

Their movements almost seemed a dance, their arms twining around and through one other to grab a napkin or a plate, or to save a biscuit before it soaked, and between the movements her father squeezed the tender skin just above her mother’s elbow and her mother wiped her father’s brow with the back of her glove.

Second, Hanna loved her mother, even though her last words had been ones of disappointment. Hanna had driven away yet another governess with her inability to concentrate, because she could never seem to remember her lessons. Her mother had asked if she wanted to end up in a nunnery and she’d said no, and her mother had said she’d better start acting like a lady. She remembered her mother’s scowl every day, but it didn’t seem to make a difference, because her mother loved her, and she knew it with every bit of her soul.

Third, and most stubbornly, Hanna loved The Honorable Hayden Banks, the youngest son of the Earl of Landale, who lived next door.

It was not that he was the epitome of gentlemanly good looks. In fact, his dark hair, cool black eyes, and clean, muscular frame were most unfashionable amongst the pale, lanky blond dandies that ruled the dance floors of the
ton
.

It was not that he was stylish. In fact, most of her friends found him sloppy. He was often caught with his cravat loosened and sometimes even his shirt sleeves pushed up to his forearms when he thought no one was watching—which was a fair assumption, given how Hanna often spotted him this way when high in the tree between their houses, spying through his private study window.

It was not that he was clever and witty. In fact, he was of average wit and cleverness, both of which qualities were buried beneath his genius. He was a prodigy. Only twenty-two and yet published six times in mathematical journals.

No, Hayden Banks was not perfect in any of these respects.

Hanna loved him because she had always loved him, and because he seemed confident and certain of everything, of every answer, of every movement. He was never plagued by doubts, and the only time Hanna felt the same was when she was with him.

About their wedding and how he’d gaze at her as she walked down the aisle of St. George’s. About their first kiss, which would be beneath the gnarled and knotted beech tree that stood on the border between their London homes, of course. His hand would lash out to grab her behind the neck and he’d pull her against his mouth and—

Hanna shook herself out of the fantasy to look down at her father, who stared up at her in the tree with concern.

“Just tasting the air,” she said, climbing down the mottled trunk. She swung off the lowest branch to leap to the ground and landed in a clump next to him. She glanced back at the window that allowed her to peek into Hayden’s study—for the last time, she realized with a pang. “I’ll miss the air here.”

“What nonsense,” he said with a sigh. Her father squeezed her shoulders and blinked rapidly—the way he did when he knew she was watching, when he didn’t want her to see him cry.

“Oh, Father.” She hugged him tight. She understood exactly—this was the house they’d lived in with her mother, the house where they had the best memories. And that, she supposed, was why her father insisted on finding a new home in the countryside and why she hadn’t protested.

“Quickly, dear.” He cleared his throat and hurried her toward the house. “We’re needed inside.”

She took one last glance back, and her dreams of marrying Hayden Banks shriveled away.

Hanna knew she was a daydreamer. So she must have drifted away whilst sitting on the couch during Lady Landale’s visit. It was the only explanation. Otherwise, she could have sworn Lady Landale had just said—

“I’m so pleased you’re to live with us, Hanna.”

She pinched the inside of her wrist to keep present and waited for Lady Landale to say something else in the realm of pleasantries. Only her ladyship continued to smile at her over the rim of a teacup from the settee while her father paced behind it. Her features were a softer, prettier version of Hayden’s. Her eyes a warmer brown, her hair less severely cut than his, and her lips much more likely to smile. As they were smiling now.

Hanna glanced at her father, whose fist was pressed firmly against his mouth. He removed it. “I meant to tell you sooner.”

Lady Landale’s gaze whipped between them. “Is she just hearing that she’s to live with me for the first time? But her things have already been moved.”

“She thought her things were being sent to the country,” her father explained.

Hanna knew she wasn’t the best student, nor the best listener, which was why governesses left in droves, but she could have sworn they meant…. “Am I to stay here, in London, with Lady Landale instead of moving to the country with you, Father?”

“I should leave you two to discuss this,” Lady Landale offered, setting down her teacup.

“She should be with a woman here,” her father said.

But Hanna knew he didn’t mean
woman
. He meant
mother
.

“I thank you for your kindness, Lady Landale. But there’s no need.” Hanna fixed her father with a firm stare. “I will come with you. I won’t leave you.”

“All daughters must leave their fathers,” he said. “You’re nineteen, near twenty. If not now, then when?”

“Later,” she insisted, panic flooding her. “After we’ve settled.”

“Be smart about this. Think, Hanna. Please.”

“You rarely do, my dear.” Her father shook his head. “Bless your sweet soul, it’s what I love about you most. This country home is miles from the nearest community, further still from eligible bachelors.”

This elicited gasps from both Lady Landale and her father. But how could she tell them that if she couldn’t marry Hayden, she needn’t marry at all?

Hanna stood at the steps to the Landale residence and faced her father. Her heart told her head this was temporary. She would placate her father by letting him move first to the country, to settle in, to realize how much he missed her. Then he would send for her and she would come.

Until then, she would enjoy the grand adventure of living under the same roof as Mr. Hayden Banks. An experience for a lifetime of dreams and memories to take into whatever spinsterhood lay ahead.

“And take care with their home. I do not want any correspondence from Lady Landale complaining of broken heirlooms.”