A Dead Man in Deptford 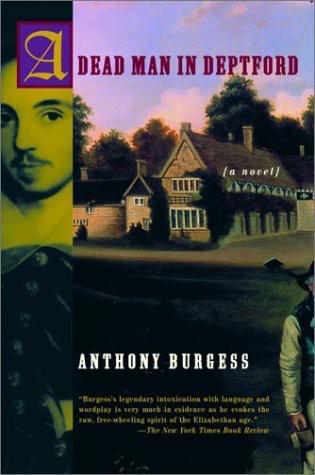 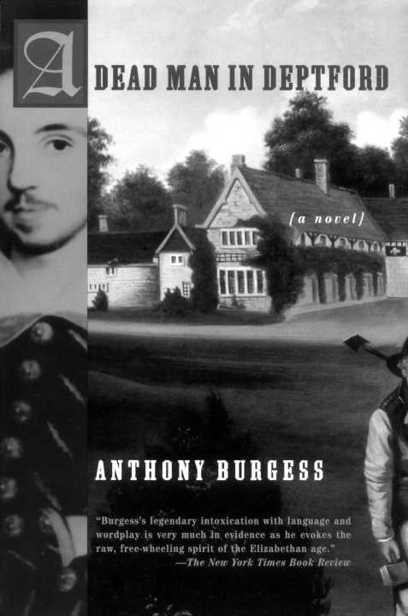 Praise for Anthony Burgess’s
A Dead Man in Deptford

“It’s a splendidly atmospheric re-creation of the life of
eminent Elizabethan playwright and poet Christopher
Marlowe… . lush, elegant writing … Burgess’s
sense of smelly bodies, religious fanaticism, and death
lurking around every corner is immaculate. A delicious
engagement of the past for every fiction lover.”

“A dishy historical tabloid laced with an intriguing
portrait of Marlowe.”

“A tour de force re-creation of Elizabethan life… .
No reader can fail to be deeply moved.”

“A daring romp through history, theology, sex,
language, and espionage… . A disarmingly realistic
literary thriller with Marlowe as its hero… . Burgess
has mastered, as perhaps only he could, the arch, quasipoetic diction of the period, along with a welter of
details, from clothes to cuisine… . A fitting final
tribute from one great English writer to the genius of
another.”

“One of this prolific author’s finest books. Burgess
brilliantly evokes the murky world of Elizabethan
politics.”

“A humdinger … from one of the finest writers of
the last half of this century.”

“A lavish display of linguistics and historical erudition
worn lightly. A vivid description of Elizabethan
theatre.”

“A masterly piece of work [that] reflects the author’s
magical sense of language and his deep immersion in
the Elizabethan ethos… . Burgess’s command of his
material is absolute and he brings a lifetime’s linguistic
and fictional gifts to this headlong, shining, cruel
portrait of a terrifying-but posthumously gloriousage.”

“A superb re-creation of the Age of Elizabeth …
giving us a correct view of Marlowe.”

“An absorbing and rewarding story about a fascinating
man.”

“Much more than an artful thriller… . It is fitting
and proper that this final novel should be a masterpiece
of its kind-a true triumph.”

ANTHONY BURGESS was born John Burgess Wilson in 1917 in
Manchester and educated at the University of Manchester, where
he studied music. After fulfilling his National Service in Gibraltar,
he joined the colonial service as an education officer and taught
English literature in Malaya and Borneo. During this period he
wrote the novels that would form The Malayan Trilogy, but it was
not until he returned to England in 1960, having been incorrectly
diagnosed with an inoperable brain tumor, that he turned seriously to writing. In what he called his “pseudo-terminal year,” he tried
to provide his prospective widow with future income by writing
four novels, including One Hand Clapping. Over the course of his
literary career, spent in England, Europe, and America, he would
write over fifty books and dozens of musical works, including
operas, choral works and song cycles, as well as innumerable articles for British, American, French and Italian newspapers and
magazines, which were partly collected in One Man’s Chorus. His
best-known novels are A Clockwork Orange, the Booker
Prize-shortlisted Earthly Powers, and the Enderby novels-Inside
Mr. Enderby, Enderby Outside, The Clockwork Testament, or
Enderby’s End, and Enderby’s Dark Lady-all collected in The
Complete Enderby. Although his erudition never received formal
scholarly certification, he was a Visiting Fellow of Princeton
University and a Distinguished Professor of City College, New
York. His lifelong love of Shakespeare found expression in his
novel Nothing Like the Sun, a popular biography, and an unproduced epic screenplay, Will!. He died in 1993 after publishing A
Dead Man in Deptford. His last novel, Byrne, was published a
year after his death.

A DEAD MAN
IN DEPTFORD
BY THE SAME AUTHOR
novels

Time for a Tiger

The Enemy in the Blanket

Beds in the East

The Right to an Answer

The Doctor is Sick

The Worm and the Ring

Devil of a State

Honey for the Bears

Nothing like the Sun: A Story
of Shakespeare’s Love-Life

The Eve of Saint Venus

A Vision of Battlements

The Clockwork Testament; or,
Enderby’s End

The End of the World News

The Kingdom of the Wicked

You’ve Had Your Time

A Long Trip to Teatime

The Land Where the Ice Cream
Grows

English Literature: A Survey for
Students

They Wrote in English
(in Italy only)

Here Comes Everybody: An
Introduction to James Joyce for
the Ordinary Reader

The Novel Now: A Student’s

Joysprick: An Introduction to the
Language of James Joyce

Hemingway and His World

On Going to Bed

This Man and Music

Mozart and the Wolf Gang

A Mouthful of Air

The Olive Trees of Justice

The Man Who Robbed Poor
Boxes

A DEAD MAN
IN DEPTFORD

o U must and will suppose (fair or foul reader,
but where’s the difference?) that I suppose a heap
of happenings that I had no eye to eye knowledge
of or concerning. What though a man supposes is oft (often if
you will) of the right and very substance of his seeing. There
was a philosopher who spoke of the cat that mews to be let out
and then mews to be let in again. In the interim, does it exist?
There is in its all the solipsist tendency which is a simulacrum
of the sustentive power of the Almighty, namely what we hold
in the eye exists, remove the eye or let it be removed therefrom
and there is disintegration total if temporary. But of the time of
the cat’s absence a man may also rightly suppose that it is fully
and corporeally in the world down to its last whisker. And so let
it be with my cat or Kit. I must suppose that what I suppose of
his doings behind the back of my viewings is of the nature of a
stout link in the chain of his being, lost to my seeing, not palpable but of necessity existent. I know little. I was but a small
actor and smaller play-botcher who observed him intermittently
though indeed knew him in a very palpable sense (the Holy Bible
speaks or speaketh of such unlawful knowing), that is to say on
the margent of his life, though time is proving that dim eyes and
dimmer wits confounded the periphery with the centre.

Pretty Is by Mitchell, Maggie
Hire Me a Hearse by Piers Marlowe
Rites of Passage by Eric Brown
If Hooks Could Kill by Betty Hechtman
Otherwise Known as Sheila the Great by Judy Blume
Chemical Burn by Quincy J. Allen
The Claiming of Sasha [Panther Cove 4] (Siren Publishing Ménage Everlasting) by Melody Snow Monroe
The Lost Time Accidents by John Wray
The Children Act by Ian McEwan
Mennonite in a Little Black Dress (Memoir) (2010) by Janzen, Rhoda