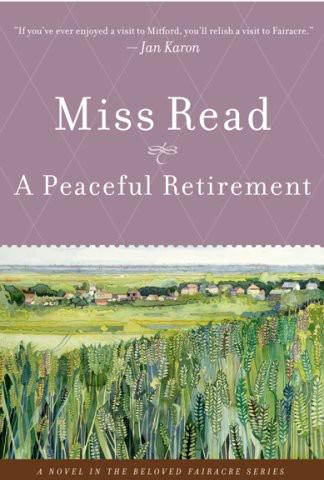 "Miss Read reminds us of what is really important. And if we can't live in her world, it's certainly a comforting place to visit."

Having bid a last farewell to her pupils at Fairacre School, Miss Read settles down to what she hopes will be a relaxing retirement. It is not entirely so, of course. She finds herself as busy and in demand as ever: on holiday in Florence, helping with church and school affairs, and offering a kindly ear to her eccentric neighbors. With her teaching days behind her, Miss Read discovers her talent for writing, opening a new and exciting chapter in her life — and bringing to a close her stories of life in Fairacre, the timeless English village beloved by millions of readers. 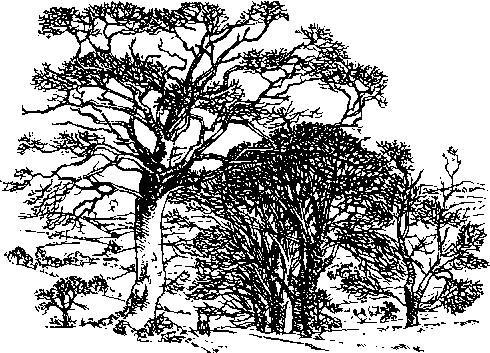 To the happy memory of Beryl, Edie,Anthea, Laura,
and my sister Lil, whose lives enriched my own

W
HEN
I retired, after many years as headmistress of Fairacre School, I received a great deal of advice.

The vicar, the Reverend Gerald Partridge, was particularly concerned.

'You must take care of your health. You have had to take early retirement because of these recent weaknesses, and you must call in the doctor if you are in any way worried.'

My assistant, Mrs Richards, was equally anxious about my welfare, and urged me to cook a substantial midday meal.

'I've seen so many women living alone who make do with a boiled egg, or even just a cup of tea and a biscuit. In the end, of course, they just fade away.'

Mr Willet, who is general caretaker at the school, as well as verger and sexton at the church, and right-hand man to us all at Fairacre, told me not to attempt any heavy digging in my garden at Beech Green. He would be along to see the vegetables planted, he assured me, and there was no need to try to help with the plans he had in mind.

Mrs Pringle, the morose school cleaner with whom I had skirmished for years, ran true to form.

'I'll be along on Wednesdays as usual,' she informed me, 'and don't try taking that great heavy vacuum cleaner upstairs. That way my auntie Elsie met her death. Not that she died outright, mind you. She lingered for weeks.'

It was the vicar again who had the last word, leaning into the car window, and saying earnestly:

'Everyone hopes that you will have a
really peaceful retirement.'

I promised him that that was my firm intention too. 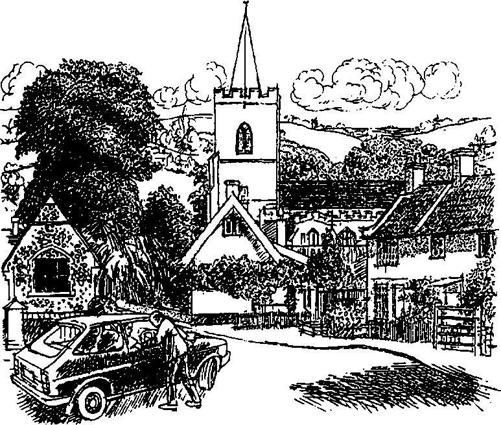 It had been a bitter blow to me when I had been obliged to retire a few years before my forty years of teaching were up. But once I had made up my mind I began to look forward to an easier way of life, and had comforted myself with all sorts of future plans when I should have the leisure to enjoy them.

I continued to look ahead joyfully, but I must admit that during the first day or two of that particular summer holiday, the beginning of my retirement, those words of advice, so kindly meant, gave me food for thought.

It seemed plain to me that the four people who had advised me so earnestly, really had a pretty poor view of my capabilities.

The vicar obviously considered that I was now a tottering invalid and incapable of looking after my own health.

Mrs Richards, who should have known better, seemed to think that I should neglect my digestion, sinking to scoffing the odd biscuit, and never making use of my cooking equipment.

I was rather hurt about this. I like cooking, and enjoy the fruits of my labours. What's more, I enjoy cooking for friends, and Mrs Richards had frequently had a meal at my house. Why should she imagine that one so fond of her food would suddenly give up?

As for Mr Willet, it was plain that he deplored my horticultural efforts, and was practically warning me off my own plot. What cheek!

Mrs Pringle's attack caused me no surprise. The threat of coming as usual every Wednesday 'to bottom me', as she so elegantly puts her ministrations, was expected, and her warning against lifting heavy objects, such as the vacuum cleaner, was only a request to keep from meddling with her equipment and damaging it.

Well, I thought, if the rest of Fairacre shared my advisers' opinions then it was a poor look-out for the future. I began to wonder if I should make early application for a place in an old people's home, but at that moment the telephone rang, and it was my old friend Amy's cheerful voice on the line.

Amy and I first met many years ago at a teachers' training college in Cambridge. We took to each other at once, although Amy, even then at the age of eighteen, had a worldly elegance which none of us could match. But with it she also had plenty of common sense, a kindly disposition and a great sense of humour. She was generally popular among the students of her own sex, and much sought after by the male undergraduates at Cambridge University.

We kept up our contacts when we were out in the world, and although Amy married within two years of our leaving college the friendship remained solid, and survived the union of James and Amy.

'What are you up to?' queried Amy.

I told her about my gloomy thoughts after receiving advice from old friends.

'Pooh!' said Amy. 'Pish-Tush, and all that! My advice is positive, not negative. Just you set to and enjoy your freedom. It's time you kicked up your heels, and did something exciting.'

'Which reminds me. James has made the final arrangements for our week and a bit in Florence, at the end of September. It's all buttoned up. Air tickets, hotel and all that. I'll pop over one day soon and tell you more, and we can begin to make plans about what we girls are going to do while James is at his boring old conference.'

I was excited at the prospect. Amy had mentioned it earlier, but now this wonderful holiday was in sight.

I burbled my thanks and said I should look forward to seeing her at any time, as I was now a Free Woman.

I put down the receiver feeling considerably elated. A fig for my advisers!

Those first two or three weeks of my retirement were blissful. We were enjoying a spell of fair weather that summer, and downland is at its best then.

The garden was at its most colourful and fragrant. In the flower borders the pinks and cottage carnations scented the air during the day, and some tobacco plants added their own aroma as dusk fell. Mr Willet had experimented with a wigwam of bamboo sticks which was covered in sweet peas of all colours, and it was a joy to take my ease on my new garden seat, Fairacre's farewell present on my retirement, and to relish the delights about me.

I was filled with first-day's-holiday zeal, and washed and ironed curtains and bedspreads, rejoicing in the summer breezes which kept them billowing on the clothes-line. I turned out drawers and discovered enough rubbish to stock a dozen jumble stalls. This latter activity was accompanied by a commentary of self-accusation. Why did I buy that dreadful peacock-blue jumper? It was a colour I never wore. What on earth possessed me to spend good money on a mohair stole? I remember that the only time I wore it, to a Caxley concert, it had slithered from my shoulders half a dozen times, and had been retrieved by as many fellow listeners. It had so embarrassed me that it had been relegated to the bottom drawer with other jumble fodder such as too-small gloves, too-large petticoats and a variety of Christmas presents which I should never use.

It was a salutary task. I must take myself in hand, I told myself severely, and be much more selective in my shopping. After all, my income would be greatly reduced, and I must be more prudent.

Nevertheless, the feeling of achievement as I contemplated the tidy drawers did me a world of good, and added to my general contentment.

Of course, my domestic euphoria was dampened by the weekly visits of Mrs Pringle who enjoyed pointing out my shortcomings as she puffed about her duties on Wednesday afternoons. However, I was quite used to the old curmudgeon's strictures, and she brought me news of my Fairacre friends, which was most welcome.

I was particularly interested to hear how my old friend Henry Mawne was getting on with his new wife Deirdre. He had first come to Fairacre alone, and the village had been quite sure that he was a respectable bachelor, and it had been intrigued and delighted when he became most attentive to me. I did not share the general excitement, and found him rather a nuisance.

Fairacre's hopes of two middle-aged people tying the knot in the parish church of St Patrick's were abruptly shattered when Henry's wife reappeared. She had been staying with relatives in Ireland after the marriage had suffered a temporary set-back. My relief had been great.

The three of us became good friends and I was sad when she died. The new Mrs Mawne was one of her Irish relatives, and seemed to be generally approved of by the residents of Fairacre. But not, of course, by Mrs Pringle.