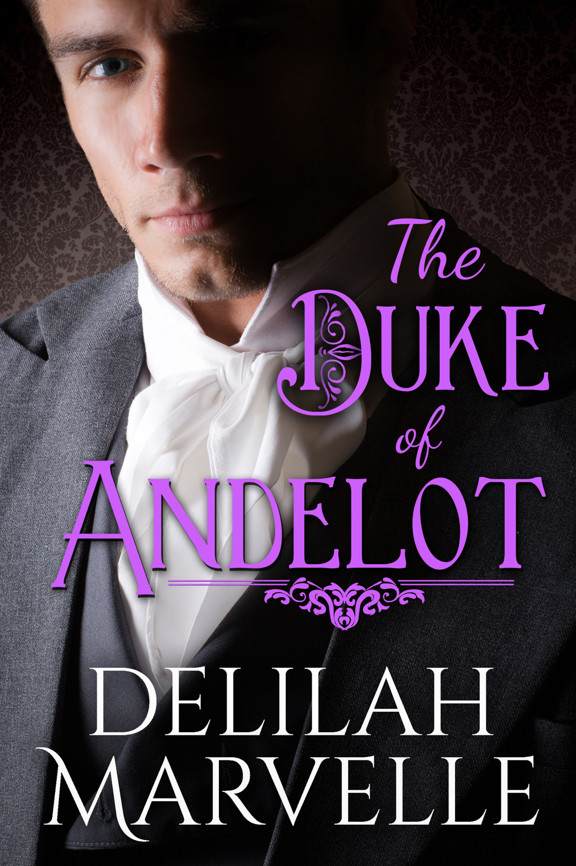 This is a work of fiction. Names, characters, places, and incidents are the product of the author’s crazy imagination or are used fictitiously.

Any resemblance to actual events, locales, or persons, living or dead, is purely coincidental and nothing to worry about.

Except as permitted under the U.S. Copyright Act of 1976, no part of this publication may be reproduced, distributed, or transmitted

in any form or by any means, or stored in a database or retrieval system, without the prior written permission of the author. 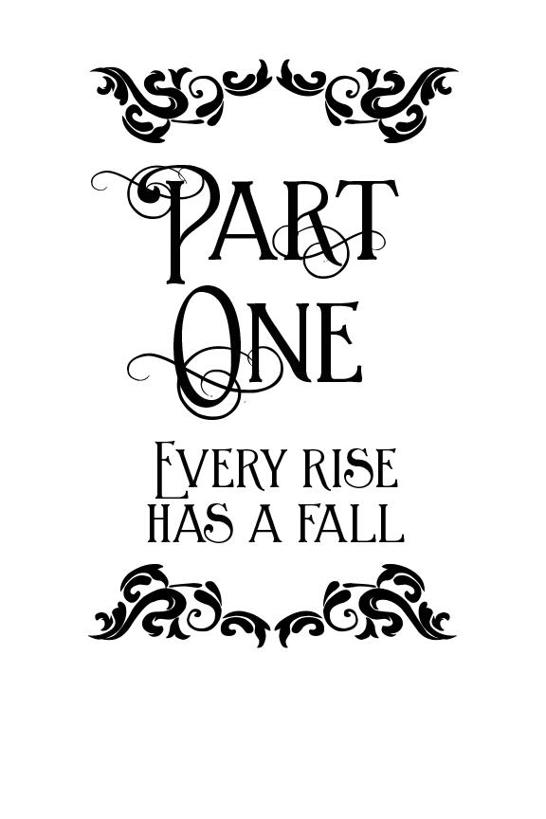 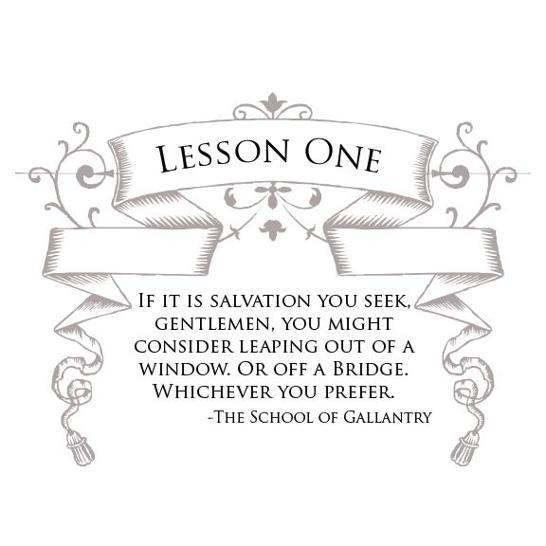 Gérard Antoine Tolbert, the last remaining heir to the great duché of Andelot, quietly unhinged the iron latch and folded out the oversized windows that faced the manicured gardens below. A warm summer breeze feathered his face and drifted into his bedchamber, fluttering the brocaded curtains that had once decorated his grandfather’s deathbed.

While most aristocratic young men might consider the reuse of deathbed curtains morbid, he prided himself on being vigilantly practical and rummaged through trunks in the attic on a regular basis to see if there was anything he could use. Aside from the fact that his father had always preferred to spoil his older brothers and leave him to be more creative with his finances, too many people in France were starving and it was Gérard’s way of kneeling to their struggles.

He
used to
give well over a thousand livres to charity every month. He
used to
deliver crates of food to almshouses every Friday and would even dress in plain bourgeoisie clothing to ensure the people he helped did not feel so self-conscious about how little they had. But what had his compassion and generosity earned him?

Two dead brothers and a revolution.

His bewigged, over-powdered, lace-flouncing older siblings had been travelling in an unmarked coach in an idiotic attempt to leave the country (without him
or
their father), when they were ambushed by fifteen men. Certain factions from the Legislative Assembly anticipated their escape.

And so, on the side of a road near the border of Austria, his brothers had their genitals removed by blade, were repeatedly shot, roped and hanged by a group of revolutionaries determined to annihilate every last lineage connected to the throne. Marceau and Julien were only twenty-three and twenty-four and hadn’t even been given the chance to become the men they should have been.

Unlike his brothers, who had a reputation for spitting on too many people, Gérard had countless friends amongst the lower classes due to all the charity work he had always been involved in. They warned him of any rumblings, but he knew after tonight, he was going to need a hell of a lot more than friends.

Setting the leather satchel against the window, which he had packed with food and frayed clothing that would allow him to blend into the countryside, he attached a primed pistol to his leather belt, along with a flask of brandy. He surveyed the dim lanterns illuminating the winding gravel path that led to a massive stone fountain.

A servant lingered with his horse by the iron gate.

Tying back his shoulder length hair with a blood-red ribbon he wore in honor of his brothers and countless aristocrats before them, Gérard buttoned his burgundy velvet coat and sat on the ledge of the window, propping one knee-high leather boot on the floor and the other on the sill. Pressing his back against the wood frame to balance himself, he peered down toward the shadow-covered hedge beneath the third story window.

He tossed the satchel out the window, letting it land with a rustling thud into the large hedge below. Leaning farther out, he gauged the distance, ready to—

The door rattled. “
Mon héritier
?” the duc called out in a concern, gruff tone. “I heard the window open. Is everything all right?”

Gérard froze. Gripping the window sill, he glanced back at the locked door that was outlined by candlelight. If he feigned sleep, the man would most likely get a footman to unhinge and take off the door. “Everything is fine. The night is warm and I needed some air, is all. Good night.”

The door rattled again. “Gérard, why is this latched?”

Rot it. “Might we discuss this in the morning,
Monseigneur
?” he called out from the open window he was still propped on. “I need to sleep.” Gérard feigned an exhausted yawn that was loud enough to echo throughout the room and even stretched for good measure, his muscled arm sweeping toward the open window. “I over-practiced my fencing today.”

That tone hardened. “I know you better than you think,
mon héritier
. Both of your boots are hanging out of the window.”

Gérard flopped his arm back to his side. Only
one
boot was hanging out the window. “I left you a missive in the library explaining when I would be back.”

“So you were hoping I would find it in the morning after you were gone? Is that it?”

“I would have told you in person, but you have a tendency to get riled about everything I do and I prefer not to—”

“If you are so intent on destroying your life, why not go back to romancing your Madame Poulin? That certainly went well for you. Hell, you graced her entire family with more money than those
porcs
were worth. Even your brothers, God rest their souls, exhibited far more control around women than you ever did. At this point, I prefer you take up dice, for at least
there
, you have a chance at getting some of your money back. Unlike with your
Madame Poulin
!”

There was no such thing as forgiveness, was there? “I never see her anymore!” Gérard tossed in agitation. “Not even when she comes to the door!”

His long done relationship with Madame Poulin was as complicated as it was vile. At eighteen, almost three years earlier, he had attended his first bourgeoisie
soirée with a group of
bourgeoisie
friends who had dragged him to partake in the revelry of their own trades-people while introducing him to the sweetest part about life: bourgeoisie women.

Unlike pinch-faced, aristocratic young women his age who obediently waited in their mothers’ parlors for a respectable match to save them from boredom, bourgeoisie girls jumped out of parlor windows and showed everyone in town how life was supposed to be lived.

He ended up hopelessly enamored by such a girl. A pretty brunette by the name of Mademoiselle Bellamy, the daughter of a tailor. Tired of being a gentleman, for it had kept him a virgin long enough in his aristocratic circle, he rolled on an expensive sheath he had bought to baptize their love, and serenaded her body at the most expensive hotel in Paris.

Given it was his first time (though clearly not hers), it was the most glorious moment of his life (that quickly turned into a goddamn nightmare). Mademoiselle Bellamy was actually Madame Poulin who was married
to
a tailor and had three children. Her husband demanded satisfaction and Gérard…accidentally shot the man’s hand off.

The man lived, but…now had a stub.

Gérard’s guilt had led him into making a substantial payment to the man that his father still roared about. Although Madame Poulin sometimes lingered outside his door, which he no longer opened, he did coolly incline his head to her on occasion when they passed each other on the street.

He was, after all, a gentleman. Sometimes. Well…no. Not anymore. He had learned to use women in the same way they used him.

Yanking out the flask from his leather belt, Gérard uncorked it and took a swig. “I find it exceedingly tasteless that you dare mock me after the tragedy that has befallen this family. Marceau and Julien are dead because of you.”

“Me?” his father echoed.

“Yes. You. You bloody hanged them by their own silk stockings. You spoiled them and made them believe they were untouchable during the greatest political crisis this country has ever seen. You—”

“
Open this door
!” the duc roared, vibrating the door with violent thuds that rattled the hinges. “How dare you speak to me as if I were one of these
bourgeoisie
porcs
?! All that time you and your mother spent associating with the poor, encouraging them to demand rights, only made them rise up and choke us all! Your brother’s deaths are on your hands, not mine!”

Struck by Genius: How a Brain Injury Made Me a Mathematical Marvel by Padgett, Jason, Seaberg, Maureen Ann
Leaving Triad by K.D. Jones
The Unforgiven by Joy Nash
Berlin: A Novel by Pierre Frei
The Arch and the Butterfly by Mohammed Achaari
The White Ghost by James R. Benn
365 Days by Ronald J. Glasser
Arms of Serenity (Rock Services) by Lynn, Donina
Rebel Spirits by Ruby, Lois
Ringer by Wiprud, Brian M