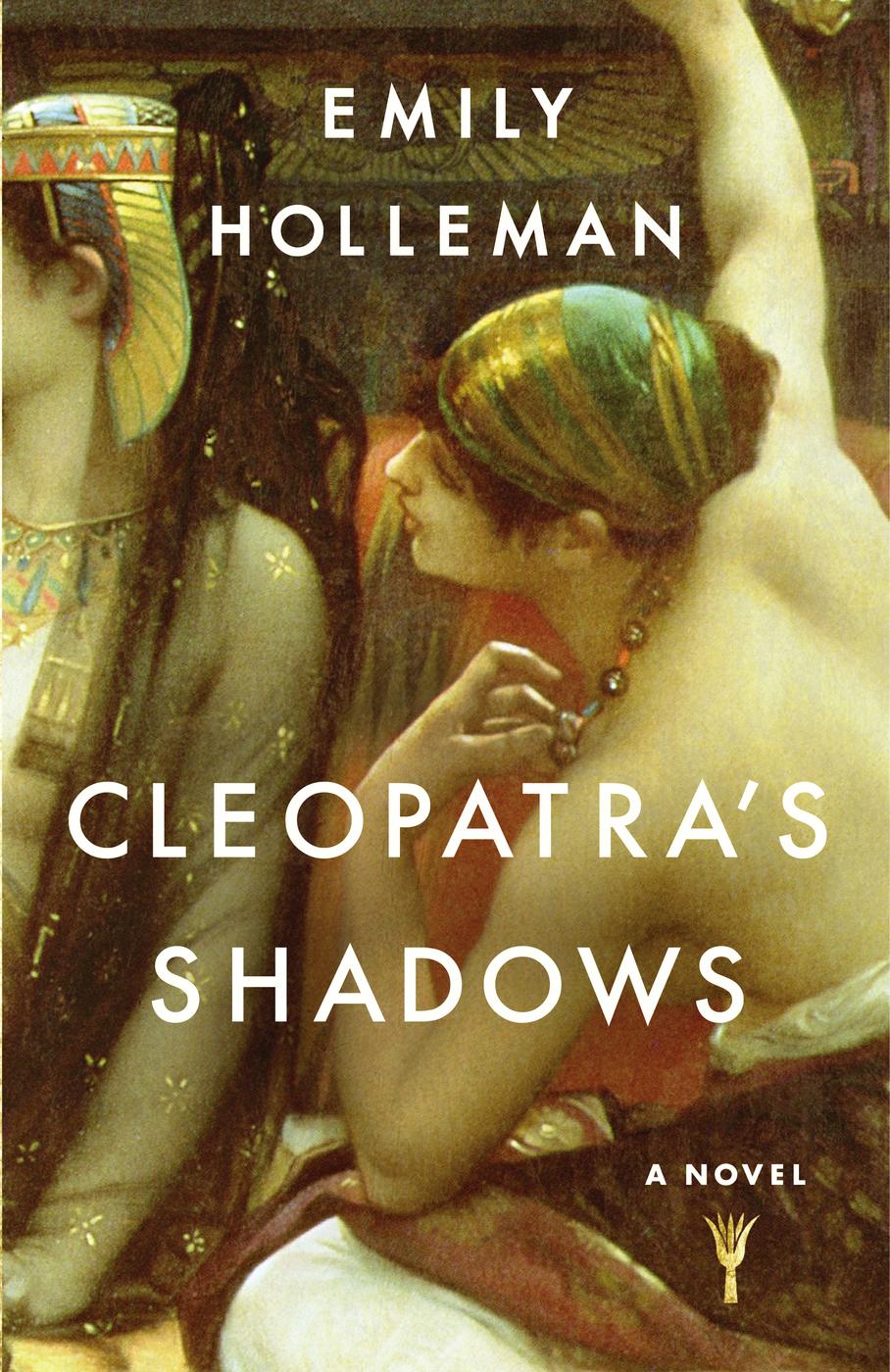 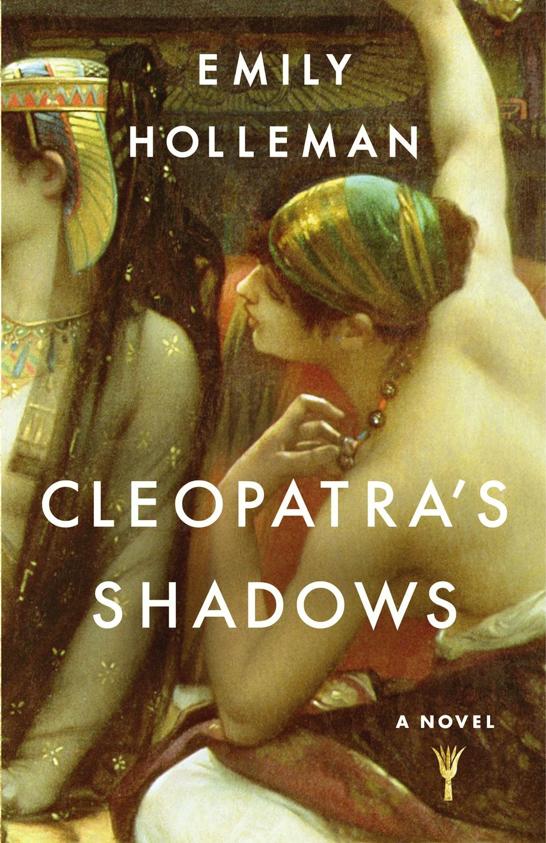 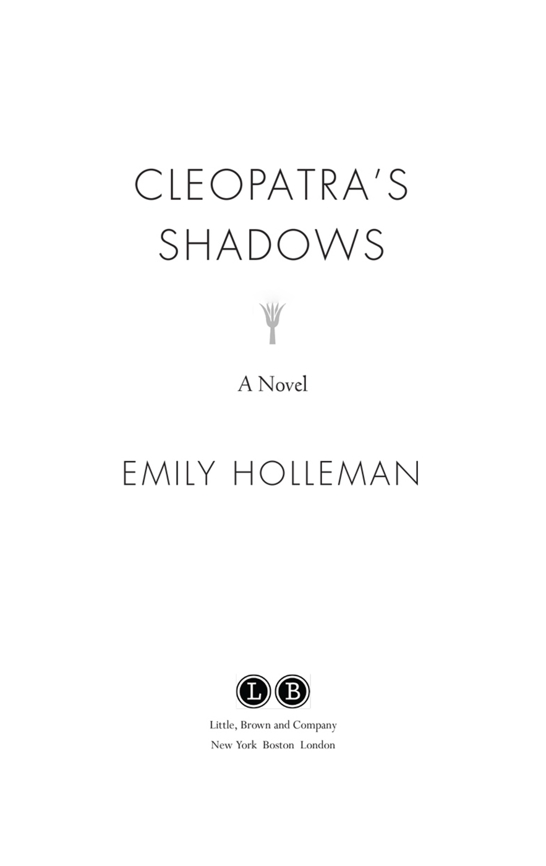 In accordance with the U.S. Copyright Act of 1976, the scanning, uploading, and electronic sharing of any part of this book without the permission of the publisher constitute unlawful piracy and theft of the author’s intellectual property. If you would like to use material from the book (other than for review purposes), prior written permission must be obtained by contacting the publisher at [email protected] Thank you for your support of the author’s rights. 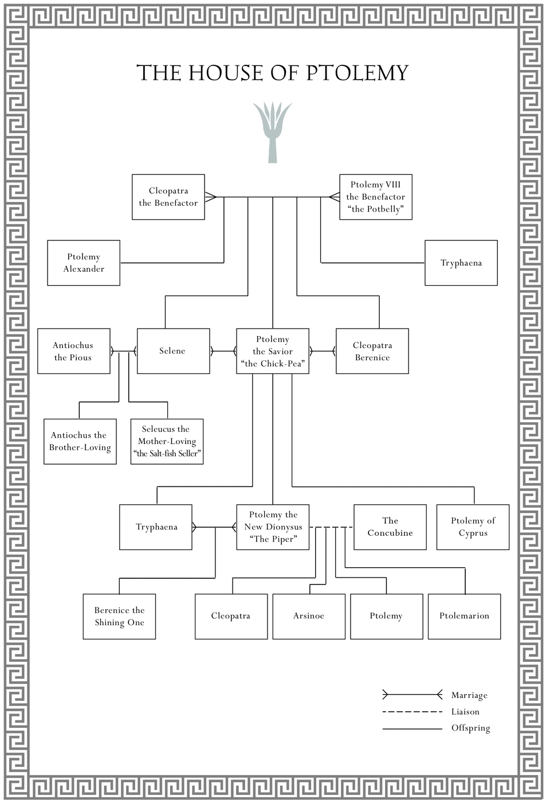 S
he soared over the city, parched and desolate. Commoners writhed and withered on the boulevards. Rats scurried past their parents’ corpses toward the dearer dead. Dipping between the temples, she traced their path. Alexander the Conqueror, stern in deathless marble, loomed, his sword thrust in the air. Blood leaked from his eyes, his lips, his thighs. The children cupped their greedy hands to drink.

Wings stretched against the sun, she sailed onward, over bright sands, far from the arid Nile and its sins. Her feathers bristled in the breeze. The desert flamed beneath, and then folded to the sea.

Thirst stung her throat. She circled down, toward the crashing waves. Her beak snapped against the salt.

She did not fly over the wine-dark sea. She lay small and shivering in her bed.

“Another night terror?” A gentle hand wiped damp hair from her brow.

Eyes sealed, Arsinoe clung to the wisps: her wings spread over the sands, the sticky seawater on her tongue. Had it been a tongue? Or did vultures taste by other means?

“No, it was…not a terror, no.” She was nearly nine. Too old for fears that came at night.

Arsinoe opened her eyes. Her nurse perched at the end of the bed, a few wisps of hair escaping her customary bun. With her full cheeks and unlined eyes, the woman had long preserved an almost ageless air—but now Arsinoe noticed the flecks of gray gathered at her temples. Beyond, the room was calm. The sewn muses danced about her walls in reds and golds, her silver basin brimmed with water, her clothes smoothed out for the coming day. But something was wrong. The light pouring through her windows was brash and dazzling. It was late. Long past dawn. She must have slept through the early hours. And on this day, this day—

Arsinoe sprang up from her bed. Her legs were weak and wobbly, as though her soaring dreams had stolen all landlocked memories.

She ignored her nurse’s words and raced to the door. Knees cracking, Myrrine followed.

“Calm yourself, my dear. Where are you running off to?”

“I must go to the docks—or else I’ll miss Cleopatra.” She needed to say good-bye. She always said good-bye. That was the rule. “What we share is different, you and I,” Cleopatra told her time and again. “We are sisters, and that bond cuts deeper than ordinary blood. No one—not Father, not anyone—will ever come between us.” And so, since Arsinoe had been old enough to totter, she’d trailed her sister down to the river, and watched and waved as Cleopatra was borne away on their father’s adventures. To witness the incarnation of the new Apis bull at Memphis, or to oversee the festival of Ammon-Re at Thebes, or as now to cross the waves to Rhodes, perhaps, or even as far as Rome. And then, alone, she would weep.

“You can’t run to the ships in your underthings.”

“My sister won’t care what I wear.”

“Your father will,” her nurse said. “You must dress as fits a princess.”

Dressing, bathing, combing—all that took too long. This wasn’t some idle voyage up the Nile to check the river’s rise; Cleopatra sailed over the sea. No one would tell her where. Or when her sister would return. It could be months. Arsinoe didn’t have time for braids, and jewels, and other niceties. Grown-ups never understood these things.

“If you say I must…” She took a step, slow, tentative, toward Myrrine—and then she turned and bolted from the room.

She slipped past her pair of sentries and ran down the stairs. Soldiers swarmed the small piazza below—the Sisters’ Courtyard, she and Cleopatra called it. That ran in her favor. Their numbers would only swell when she reached the great courtyard. Achilles and Agamemnon, as she had named her two guards, were men grown; they’d catch her quickly in an open race, but they had no skill for obstacles. Weighed down by heft, by armor, and by age, they couldn’t follow as she weaved through the gaps and bays of the crowd. She darted through the private porticoes onto the public ones, past beaming dryads and mauled lions, ax-wielding hunters and sneering sphinxes, until she raced through the eastern gate, and the whole world opened on the sands.

Breathless, she gazed over the beach, the docks, the sea. Against the squinting sun she spotted her prize: her father’s round ship, crimson sails unfurled against the blue. At its prow, Thessalonike, the great Alexander’s sister, transmuted to mermaid form, rose and fell upon the waves. The sand burned her soles, spurred her on.

Ahead, the docks stretched into the unending sea. The shore lay barren. Where were the dancers and pipers, the priests and soothsayers, the nobles and vagrants to see off the voyage? Only a tangle of aging soldiers, too old and worn to tend the king, stood by, spitting whispers over wooden posts.

No one listened. A gruff man, fifty if he was a day, set his blade against the rope that bound her sister to the shore. Arsinoe ran to him, and yanked his hand away from the cord.

“Get off me, girl.” Snarling, he wiped her fingers from his arm.

“King Ptolemy’s daughter is already on board. With the king.”

Stunned, she fell silent. No one spoke to her that way. As though she wasn’t even born of her father’s seed. As though her blood counted for nothing. She wasn’t the favorite—had never been, would never be; the king’s third daughter and his last, she knew where she stood among her siblings. But commoners, courtiers, soldiers—they always treated her with deference.

Arsinoe scanned the ship. Guardsmen lingered by the prow, and farther aft a pair of sailors hastened to set the sheets to the wind. The deckhouse curtains were drawn; she couldn’t see inside. Below, three sets of oars stroked the sea as one. All along the docks, the old men spurred their posts against the hull.

The waves crashed against her ears. On board, they’d sound all the louder against her sister’s. There was no use in screeching. She wouldn’t be heard.

And there she was, her sister, a vision on the prow. Clothed in rich sapphire, Cleopatra looked more a goddess than a girl. Even at eleven, she’d begun to take on the contours of a queen. At once, Arsinoe was ashamed of her own soiled garb, the clothes she’d slept and sweated in the preceding night.

“I wanted to come early, but Myrrine didn’t wake me,” she said to her sister in Macedonian, the private, ancient tongue of their family. Cleopatra had told her once that no one else spoke it anymore. Not anywhere in the wide world. They were the only ones who carried on the language of Alexander, the greatest of all kings. “I had the strangest—”

“I can’t hear you,” her sister yelled over the waves.