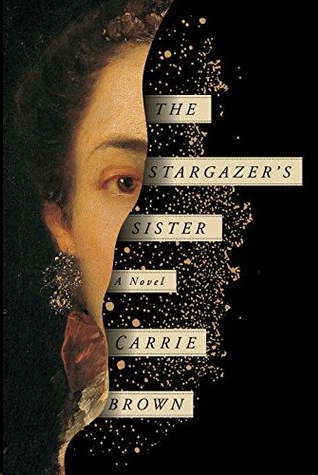 The House on Belle Isle and Other Stories

Pantheon Books and the colophon are registered trademarks of Penguin Random House LLC.

And to the Bear Tamers

And to John, as ever, as always

Though my soul may set in darkness, it will rise in perfect light;

I have loved the stars too fondly to be fearful of the night.

Seeing is in some respect an art, which must be learnt.

Let Whatever Shines Be Noted

Let Whatever Shines Be Noted

The wind is with them, and she watches from the ship’s rail as the hard places disappear, fortress and stony beach and the long humped quay at Hellevoetsluis, the church and bell tower reduced in minutes to dark notches on the horizon. It is Saturday, and the church bells were ringing as they came aboard—not the hour, thus either a wedding or a funeral, she thought—but she cannot hear them anymore. It happened quickly, William taking her hand and helping her into the little vessel which took them out to the packet boat some distance away at anchor. She looks back from the ship’s deck now and realizes that for the first time in her life she is not standing on solid ground.

The afternoon is cool for August, shadows of clouds drifting over the land behind them, but as the ship moves farther from shore, a slant of sunlight falls from sky to ground, illuminating the row of painted houses facing the water. Glass in the windows flashes, pricks of light glinting along the vanishing quay in the dark afternoon.

She holds tight to the rail. She has dreamed about this departure, longed for it. Now she cannot look away from the glowing scene shrinking on the horizon, retreating from sight as if being tugged backward toward a void.

At last all definition is lost, beach and quay and houses and church and bell tower gone entirely. She no longer can make out the inlets leading into the marshes or the mouth of the river. An egret lifts from somewhere and can be seen for a moment, bright scrap against the tumult of dark clouds. She tries to keep the bird in sight, but finally it, too, disappears. Then there is only a thin black line on the horizon, barely visible, to suggest what they have left behind. When the line vanishes completely, she feels her stomach constrict. She has to remind herself: it is not that the land has slipped off the edge of the planet and into the void, though that is definitely the impression.

Her mind
knows
the land is still there, but what she
feels
is its absence.

She turns to find her brother, but William has been absorbed among the passengers gathered at the rail.

Spray from a wave lands on her face and hands, startling with its cold, and Lina laughs even as she wipes her eyes. A woman beside her turns and gives her a questioning look.

ON THE POST WAGON YESTERDAY,
the final day of their voyage toward the coast of Holland from the forested slopes surrounding Hanover, her black hat had blown off. The land had been flat and flooded in places with shallow water that reflected the sky, and she’d looked back to see her useless hat floating on a mirrored patch of cloud-strewn blue. A further weight had seemed to leave her.

William had closed his book and glanced behind them at the shimmering field. “Your hat,” he’d said. “Shall I ask them to stop?”

With every kilometer between herself and the home she had left behind, she’d felt lighter, as if soon she would float up off her seat.

William had shaken his head, puzzled, a brother amused by his sister’s inexplicable amusement.

She had not told him this: sometimes during the years he had been away from home, she’d walked down to the river at the bottom of the orchard. She’d known that if she waded in, perhaps even only as far as her knees, her dress would have become too heavy for her to struggle back up the bank to safety. The current could be powerful, especially with snowmelt in early spring. Illness had weakened her, and she was not strong. She had never learned to swim, as her brothers had. A girl was not taught anything she could use to save herself in the larger world. She had frightened herself, staring at that river.

Finally she’d written to William in England. Two words:
Save me.

In a postscript, to maintain her dignity, she’d added:
There is no one here with whom to converse anymore except the horse, and he has few opinions and a poor vocabulary with which to express them.

It had been necessary to make it possible for William to understand her plea as lighthearted. She could not have borne it if he had refused a request made in earnest. Yet he had known. He had understood her. He would not disappoint her. He was sorry it had taken so long, he wrote by reply. He had been making plans. He had not forgotten her.

She will never return, she thinks. Nothing could ever make her return.

Waves close over the overlapping road of their wake.

William appears beside her, touches her shoulder. She turns.

They are sailing out from beneath the clouds, and the packet moves as if passing into another realm out of the shadows and into bright sunlight. She can actually watch the sharp edge of the clouds’ darkness sliding along the deck from bow to stern, until at last they are free of it entirely.

The heat of the sun falls against her skin.

Again she has to wipe her cheeks. Well, these are tears, after all, and just as salty as the ocean. She knew they were there behind the laughter, tears for how awful it has been, all these years.

Her old life—and the life she always imagined would lie before her—is gone.

She turns away from what they have left behind.

She is twenty-two years old. Her brother William has set her free.

AT NIGHT ON THE COACH
from Hanover, William had pointed out constellations: Pegasus rising, Corona Borealis—clearly visible—as well as Cygnus the Swan and Delphinus the Dolphin. She’d noticed that the stars were reflected in the darkness of the watery fields, too.

“Look,” she’d said to him, pointing at the moon traveling along with them, sliding beside them from flooded pasture to flooded pasture, and he had smiled. She’d touched the medallion at her neck, a gift from William for their journey. Inscribed on it was the Royal Astronomical Society’s motto.
Let whatever shines be noted.

Now, standing beside her at the ship’s rail, her brother glances down at her as if feeling her eyes on him.

Everywhere she looks: water. She has a wild feeling—part terror, part elation—in her chest.

She clings to the rail, makes a vow: nothing William might require of her will be too much. He has emancipated her. He has given her a
life.
She loves him beyond compassing. She would do anything for him.

She will be equal to whatever lies ahead.

BELOWDECKS THAT NIGHT,
the evening meal finished, the other passengers have retired or sit at the long table in the galley with Bibles or books or sewing, lamps swaying gently overhead.

It is late, near midnight. William has wanted to wait for the moonrise, which is late now, as the moon is waning and heading toward a crescent phase. She and William have climbed to the deck, and she waits while William bends to the telescope he has set up on its tripod on the deck, making adjustments. The sea is very calm, the water strangely flat, almost as if she could walk out onto its black surface. Around them, the night sky: resplendent, royally decorated, assemblies of stars stepping forth. For all that, though, it is the
darkness
she feels. Head tilted back, she senses it, the darkness somehow hurtling away—why does she feel it
moves
?—beyond the glittering domed ceiling.

She shivers in the cold.

An arm around her, William guides her to the telescope’s eyepiece. “It’s difficult to hold it steady on board,” he says. “We’re lucky for such a calm night. Still, this isn’t the best circumstance for looking at the stars. You’ll see enough, though. Something, anyway. But here you are now, the moon in partial phase, so you can see the detail a bit better.”

It takes her a minute to realize what lies before her. The darkness of the night is gone, and the light filling her vision is the moon’s immense ballast shifting impossibly near against her eye. It seems as if she could reach out her hand and touch it. She can’t believe what she is seeing.

She staggers as a small swell runs beneath the ship. But the water had been so calm. She thinks of sea creatures, a whale moving below them, and the dizziness returns. William catches her, rights her against him. She manages to keep the moon in view, its mottled plain. She feels strangely as if she is being observed in return, seen as well as seeing.

“You have it?” William says.

Tenderness fills her. Here it is, the moon that has followed her everywhere through her childhood—racing between treetops to find her, darting over rooflines, appearing suddenly in the river at her feet or reflected in the barrel in the courtyard when she bent to rinse her face. Here is the
moon
—dear, distant companion—yet now intimately near and patient, kind, as if it has been waiting for her. Since childhood she has always thought of it as William’s moon, as if he had invented it. Certainly she has always felt connected to him by it. Wherever they were, no matter how far apart, the same moon looked down on them.