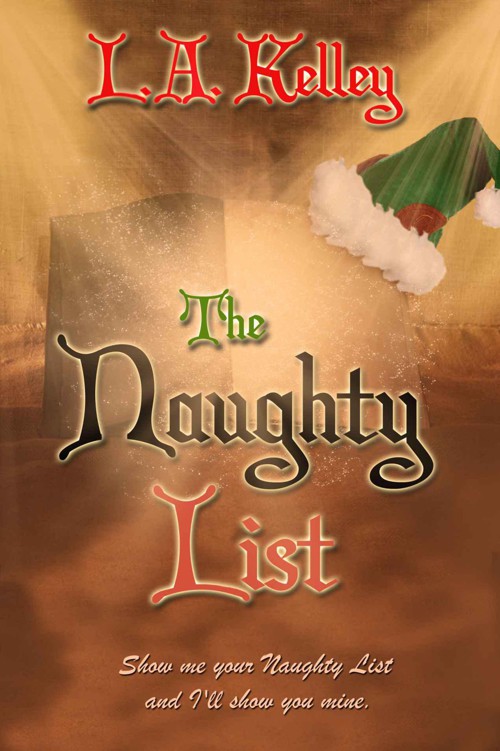 This is a work of fiction. Names, characters, places, and incidents are either the product of the author’s imagination or are used fictitiously, and any rese> mblance to actual persons living or dead, business establishments, events, or locales, is entirely coincidental.

The finger points. You know what you did.

David shot bolt upright in bed. He blinked, momentarily disoriented in the darkness. What was it? What happened? The last thing he remembered was crashing after the party. He doubled over as a wrenching pain shot through his chest. Something was taken from him—something important. He stumbled to his feet fighting back panic to clear his thoughts.

He was sure, wasn’t he? Cold sweat broke out on his forehead as anxious doubts surfaced. Without hesitation David dashed-away. His teleportation took him in an instant across headquarters to the other side of the building. He landed lightly outside the repository, numb to the icy marble floor under his bare feet. He opened the large metal door mindful the security system didn’t allow him to use his powers inside the chamber. Dozens of secure vaults engraved with mystical symbols lined the walls, but the only one of interest to him had a large ornate S embedded in the front panel.

The door gaped open. David darted inside, ignoring the treasures stacked high to the ceiling. He stood transfixed in horror at a solid oak pedestal in the middle of the room.

The pedestal was empty. The Book was gone.

David’s hands shook with the dreadful realization of what he’d done. The Book had been stolen. The theft was all his fault. How could he be so stupid? He must not have secured the vault correctly. David shuddered with the knowledge of the shame brought on his family. He had no way to atone for this. Once everyone woke in the morning, they’d know what happened—and who was responsible.

The young man squared his shoulders. No…not yet. He bolted from the repository and then felt for the mystical connection, almost shouting with relief when the sensation flared under the mental touch. He wasn’t too late. The link was weak, no doubt, but still binding. He had time to follow the thread and return The Book to its rightful place or die trying.

He concentrated and felt the dash-away engage. With a puff of air David vanished.

Rosalie Thatcher leaned over and whispered in her friend’s ear, “Give. What’s the meeting about?”

Marissa yo offered up a nonchalant shrug, but her voice betrayed excitement. “Not a clue.”

Rosalie nudged her in the ribs. “Liar, liar, pants on fire, Ms. Garrett.”

“It’s not a snicker, merely an understated chuckle.” She gave the assistant manager’s arm a friendly squeeze. “Oh, come on, gloat a little. You work harder than anybody and deserve the promotion. Besides, Mr. Russo recommended you.”

“I don’t know how much weight the previous store manager has in corporate decisions.”

“Stop. My great aunt Bertha always said worrying makes wrinkles. The promotion is yours, for sure.”

A shadow passed over her friend’s face. Rosalie caught herself before asking about Alex. If Marissa had anything positive to report, she would mention it. Her young son had been in and out of the hospital for the past several weeks with a reoccurring upper respiratory ailment even the constant rounds of antibiotics couldn’t get completely under control. He stayed home from school to recuperate after another bout.

“What’s up?” Anthony Pearce, the newest hire at Penrose’s department store, sidled up beside them.

Unconsciously, Rosalie smoothed back her hair as a warm flush filled her cheeks. Anthony only arrived a few days ago, long enough to draw the attention of every female employee and several gay men. He had deep brown eyes that seemed to ask,
Do you wanna?
and a taut lean physique that made all the single girls want to jump up and shout,
Yes, please.
After polite brush-offs to Preston and Darryl, word spread quickly Anthony was straight. The single girls in the store let out a combined sigh of relief.

The flush on Rosalie’s cheeks deepened. “The corporate suits are here. We think Randall Penrose will announce the new manager.”

Damn, she thought, Anthony even made the plastic name tag look sexy. She tilted her head and discreetly inhaled. He smelled good, too. Sort of spicy with a manly, musky, enticing overtone, like one of those really good exotic coffees with the whipped cream on top.

Okay,
her brain scolded,
that analogy is just plain weird. No wonder you don’t date.

Store gossip hadn’t hooked the young man up with any of the flashy girls, yet. Rosalie’s hopes lifted. Maybe average-looking brunettes were more his type.

Give it a shot…today, please.

Putting herself out there was the hard part. Ever since Austin dumped her, jumping into the dating pool had been difficult. Rejection turned her gun-shy.

Anthony smells nice. He’s easy to talk to. He doesn’t notice you babble. Don’t be such a wuss. Say something, already.

Oh dear God in heaven. Stand back while he bolts for the door.

“Yup, everything is great,” Anthony responded cheerfully. “I’m kept pretty busy back in Central Receiving. It’s nice to get to the front.”

“It’ll only get worse,” she blurted out, “with the start of the Christmas rush and all.”

“I’m not worried. The holidays never get to me.”

Go on,
ordered her brain.
You don’t want to spend another Christmas alone.

Rosalie gave herself a mental shove off the deep end and plunged in. “Say, I take a break at eleven. Would you like…I mean…maybe…want to grab a cup of coffee later…or something?”

“Or something?” Anthony joshed. “You make coffee sound so interesting. I—”

Whatever he planned to say was cut short by a cry for attention. Rosalie stifled her disappointment as Anthony and everyone else spun around to face front. Stephanie Crowder stepped out of the crowd. At her elbow stood Randall Penrose. In the days of big box stores Penrose’s was still a family-owned business and Randall was the CEO.

Rosalie eyed the woman in the tight pencil skirt with suspicion. “What’s she doing with him?” Stephanie handled the cash office and never came out onto the floor.

Marissa’s expression was equally puzzled. “Maybe she will be working out front. We could use extra help to set up Christmas Land.”

Rosalie snorted. “Not Stephanie. The only reason she works here is for the employee discount. Customers annoy her. Remember how she growled at Mittens?”

Mittens was a sweet chatty widow who came in several times a week and rarely bought anything. Rosalie suspected she was on a fixed budget and lonely for company. Her real name was Delia Vargas, but the staff dubbed her with the secret nickname. She always wore gardening gloves and carried a big purse with produce from her garden that she passed out to her favorites. On more than one occasion Rosalie was the recipient of a cucumber.

Randall cleared his throat and the murmur of the crowd stilled. The store was cool, but beads of perspiration dotted his forehead. “The choice of a new store manager is a complex decision. Penrose’s needs people with the skills to manage a large staff and diverse clientele, plus the business acumen to run a profitable retail enterprise.”

He wiped his brow. “As you know, my uncle, who founded Penrose’s nearly fifty years ago, had a guiding principle. Choose the best employees, treat them and your customer right, and the business will take care of itself. Hallmarks such as these kept us afloat when so many foundered in tough economic times. I discovered such a talented individual right here in Penrose’s, and plan to continue the tradition of promotion from within.” He shot a sideways glance at Stephanie. She acknowledged with a cool smile.

A tiny island of apprehension bubbled up in Rosalie’s stomach, but she forced it back down. No. He couldn’t. He wouldn’t.
Penrose’s isn’t like that. He just said so.
Penrose’s rewards talent and only promotes the best. That’s why we all love to work here.

Jaws dropped open. Silence grew to awkward lengths until Marissa started a round of applause. Rosalie glanced at her friend, but her face remained impassive.

Stephanie bestowed a dazzling smile on the crowd. “Thank you. I’m honored to be chosen as Mr. Russo’s successor. I know with all your help this will be the best Christmas season for Penrose’s yet.”

The meeting broke up. Employees filtered away to their stations to prepare for the daily opening.

Marissa sighed. “Whether the promotion is right or wrong isn’t the point. They made their choice. I-I have to make the best of it.”

“I’ll poison her mocha Frappuccino. I know where she leaves it.”

“That’s so sweet.” Marissa gave her a quick hug. “No one’s ever volunteered to commit a felony on my behalf before. I better get to work, though. I have a new boss to impress.”

“I’ll take that as a ‘maybe’,” Rosalie shouted after her. “We’ll talk later.” Her heart filled with sympathy. With a mortgage to pay and medical bills piling up, she knew Marissa had counted on the promotion to make ends meet.

Rosalie never said anything, but she had counted on a promotion, too. She worked hard over the past year and planned to apply for Marissa’s position as assistant manager after her friend got bumped up. Now there would be no promotion for either of them.

The Struggle by L. J. Smith
Point of No Return by Tara Fox Hall
Shadow Keepers: Midnight by J. K. Beck
Sex Slave to the Dictator (The Initiation 3) by Aphrodite Hunt
PENNY by Rishona Hall
Masque of the Red Death by Bethany Griffin
Ain't No Wifey by J., Jahquel
A Wife by Christmas by Callie Hutton
Prometheus Triumphant [Prometheus in Chains 8] (Siren Publishing Classic) by Clair de Lune
A Small Death in lisbon by Robert Wilson