Read The Legend of Kareem Online

The Legend of Kareem 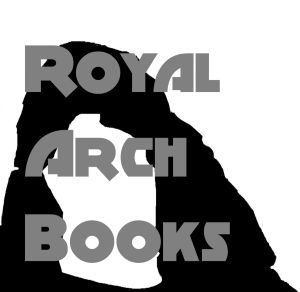 Preview of Both Ends Burning

THE LEGEND OF KAREEM

All material copyright 2015 by
Jim Heskett
. No part of this work may be reproduced without permission.

Please consider leaving a review once you have finished this book, and
sign up for my mailing list
to get notified of new releases, plus receive a free ebook collection of short stories.

Read on after the main text for a preview chapter of the final book in the series,
BOTH ENDS BURNING

If you haven’t read book 1 of the Whistleblower Trilogy, start
here with Wounded Animals
. These three books tell one big story, so be sure to read them in order.

As I stepped off the elevator at the third floor of the hospital, a wave of lavender-scented cleaning products assaulted my nostrils. Maybe that was better than the gut-wrenching starkness of bleach and ammonia, but my hand still involuntarily went to my face to block the infiltration.

Always hated hospitals. Any time I step into one, I can’t help but think that someday, I’m going to be old and frail and live out my days in one of these places, hooked to beeping machines, sleeping in uncomfortable beds and eating food on trays with single-serve milk and juice cartons.

I approached the locked double door and lifted the corded phone from the receiver. After a few seconds of silence, the phone chirped in my ear.

The door in front of me buzzed as the phone connection severed. Not the most polite nurses in the world, but I suppose if I rutted through a trough of body fluids every day, I’d feel a similar compulsion to cut the chit chat to a minimum.

On the other side of the door, I sauntered down the hall toward the wall with the green stripe, which is how I remembered to turn left to find Grace’s room. A collection of men and women in scrubs that were all colors of the rainbow went about their jobs of helping the living, the dying, and the ones they didn’t yet know how to classify. A few of them smiled at me, most paid no attention.

I stopped outside room 306 and did a quick arrangement of the flowers in the vase in my hand. Gerbera daisies with
no baby’s breath
, because, for some reason, my wife detested the stuff like mosquito bites or fluorescent lights. Don’t ask me why, I just do as I’m told.

When I entered the room, she rotated in her bed and smiled at me. The IV bag next to the bed shone in the light from the window. “You just missed him. By, like, two minutes.”

“Aw, come on, he wasn’t supposed to be here until two,” I said as I checked the time on my phone. “That’s not fair.”

I set the flowers down on the nightstand next to her bed and wheeled a chair close to her. Her hair was mussed and her skin seemed pale, but she still had that same bright look in her eyes she always wore.

“So far, he’s responding pretty well to
Dog
. He likes the new food I got him better than the last stuff; no puke on the rug today. But forget about him, what about you? What did the doctor say?”

Her eyes welled with tears, and I felt my heart rip for a split second until she let out a breath and nodded. “The baby is okay. We’re okay.”

My hand instinctively reached out to the curve of her belly. After everything Grace had been through in the last couple weeks, I marveled at how easily she seemed to take the events in stride. How she could smile and laugh and tell me she was grateful to be safe and with me again.

And now, even after they’d drugged her for days on end, the baby was safe. That was even more of a miracle. I was so relieved, I let out a sigh that made me lightheaded.

We kissed and held hands over her belly. “Where are your parents?” I said.

“They went to the airport to pick up my sister.”

“Huh. I was wondering if she was going to show up. I’m going to lose twenty bucks on that one.”

“I’ve been thinking about something. Something you told me about that Kareem guy. That was his name, right?”

I closed my eyes and thought for a few seconds. Couldn’t remember what I’d told Grace about the whirlwind events I’d suffered through. Had I told my wife that I’d killed Wyatt Green, Darren Werner, and Stan Shelton? Everything happened so fast that day, and she was oblivious to what was going on, even though she was three hundred feet away in the neighbor’s house the whole time it was happening. I didn’t want to lie to my wife, but I didn’t know if I wanted her to know the extent of the violence that occurred in our home. What good could that do?

“Yes, Kareem was his name.”

“When you met him at the bar in Boulder, you said he told you not to go down to Dallas.”

“I’m having trouble understanding why he would do that. It doesn’t make sense, if you think about everything that happened after. If it was a blackmail killing about money like you said, why would he make it a point to tell you not to go to Texas? Couldn’t he have handled it himself? Or at least, he could have been specific with you.”

“I don’t know, Grace. Kareem said and did a lot of things that didn’t make any sense.”

“And he also said there was someone down there who was dangerous and meeting him would cause lots of problems.”

“And you told me you assumed it was this Darren guy, the one who trashed Kareem’s house and chased you on the highway out of Boulder.”

I’d been filling in Grace on some of the details during my visits at the hospital, but her memory was impressive. Clearly, she had nothing but time at the hospital to sit and think. “Yes, it was Darren. He was Wyatt’s puppet, the one who killed my trainees.”

“But that’s my point,” she said. “You assumed it was Darren, but Kareem never actually said that’s who it was, right?”

I replayed that night in my head. Kareem in his Led Zeppelin t-shirt, the trickery with turning water into wine. The stun gun and the fake reanimation of the rat in the alley. “I suppose that’s true. But what are you getting at?”

She searched my eyes. “Is it over?”

I rubbed my hand over the curve of her belly and gave her the warmest smile I could muster. “Yes, it’s over. We’re safe now.”

I did my best to keep my face light and free while portraying confidence, even though I certainly didn’t feel it.

After Grace and I had dinner in the hospital room and watched a couple hours of some dumb home renovation show on the wall-mounted TV, she told me to go back and check on the dog. As had become my habit over the last few days whenever I had to leave her side, I asked her a million times if it was okay for me to go, and made her say it more than once before I’d actually leave.

Would have been nice to let someone else watch the dog, but since my next door neighbor Alan was now awaiting a court date for kidnapping my wife and the rest of the neighborhood seemed to cross the street to the opposite sidewalk whenever I went out to walk Dog, looked like I was on my own there.

I didn’t even really want the dog. Kitty didn’t want the dog either, and they weren’t the best of friends. The dog and I had bonded over a surreal fight with a coyote in the open space, then he’d wandered onto our front porch and wouldn’t leave. Just sat there with those giant ears folded in half, flapping in the breeze as the paramedics removed my drugged wife from Alan’s house.

What was I supposed to do? Leave him and his floppy ears out there in the snow?

As I pulled into my neighborhood in the rental car and neared the cul de sac, I couldn’t help but feel downcast at the newspapers piling up in Alan’s driveway. Yes, he’d helped Wyatt and those IntelliCraft bastards kidnap Grace. But he’d done it under duress, and I planned to go speak at his trial as a character witness if they’d let me. I had no idea how that worked, though.

At least they’d found Alan’s parents safe and sound in Ohio. I’d read about their rescue online, and the blame for their kidnapping had been placed on some local religious cult. As far as I could tell, IntelliCraft had been able to wash their hands of that whole thing. No idea how they kept getting away with this.

And I also wrestled with the notion of whether or not it was my job to expose IntelliCraft for the things they’d done. Part of me wanted to put the whole mess behind me.

But then, Kareem’s dying words bounced around in my head.
Tell him that I have failed.
Tell who? And what was Kareem’s task he was trying to accomplish? There had been no closure on what message I was supposed to take from that.

And what about the confusing conversation about an inheritance? He’d said my dad left me some money, but it had nothing to do with Grace’s kidnapping. Any time I tried to piece it together into a coherent narrative, my stomach twisted into knots and I couldn’t make all the points meet.

I parked the car and as soon as I hit the button to lock the door behind me, the dog’s furry face appeared in the window. Bushy tail wagging, nose fogging up the glass. A smile lit up my face before I’d even realized I was doing it. There’s something so nice about having a roommate who is always excited to see you come home, no matter how long you’ve been away.

I waved at him and his tail went into overdrive. I tried to jiggle my brain into coming up with names for the dog, but I kept landing on the most pedestrian and boring options imaginable. Dave. Charles. Steve. Who names a dog Steve?

I popped over to the mailbox to gather today’s mail, then started to flip through the pile as I walked to the front door. Bill. Mailer. Catalog. Christmas card from cousin somebody-or-other.

Then I stopped in my tracks, dropping the catalogs and Christmas cards. Last in the pile, a letter stared back, addressed to me. No return address. Instead, a single word occupied that spot.