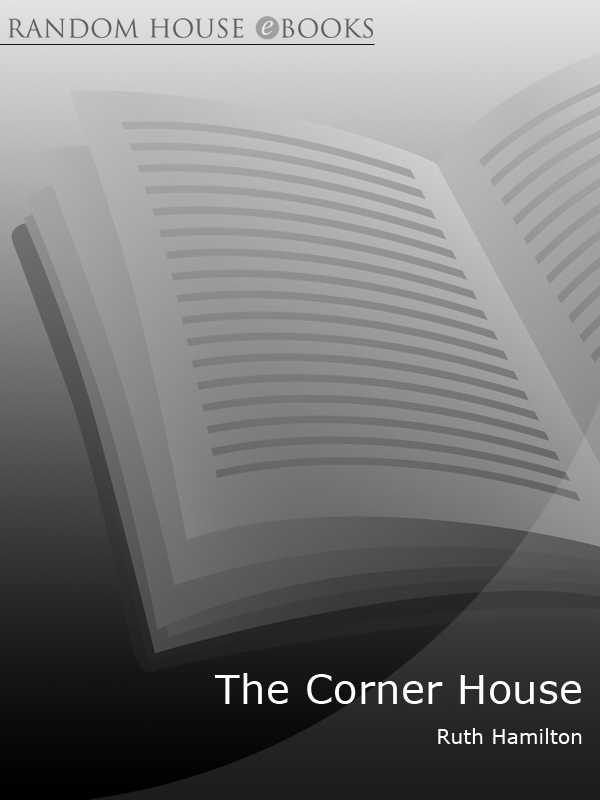 When, one dark night in 1939, young Theresa Nolan was brutally raped by three young men, it was the beginning of a series of tragic and dramatic events. For the young men were not criminals or vagrants, but the sons of wealthy and privileged businessmen. Pregnant, thrown out of her home by her bigoted father, Theresa vowed a lifetime of vengeance on the men who had wrecked her future. Physically frail, but filled with a burning anger that fuelled her weak body, she determined that nothing and no-one was going to deflect her from her path of retribution, not even the gentle man who cared for her during her sickness and whom she eventually came to love.

But there were others caught in the web of violence and deceit: Bernard Walsh and his brother Danny, and Eva, the midwife who had befriended Theresa and had seen her through her pregnancy. Above all there were two children, bonded together from birth, whose lives were to play their part in the drama of Theresa Nolan.

With all the rich characters and traditions of Liverpool and the north-west, Ruth Hamilton has created another magnificent story of passion and conflict.

In spite of a certain female critic who objects to my ‘sentimentality’ with animals, I say goodbye on this page to Benny and Scooby, two scruffy little mongrels aged sixteen and fifteen respectively. Both were humanely put to sleep on 1 July 1998 in the Corner House, which happens to be my home. They are so very sadly missed.

I welcome into my life Samson, two-year-old black Labrador with the sweetest temperament.

Also Fudge, chocolate Labrador aged three months, who has, in just over a fortnight, eaten his way through the bottom drawer of my bureau, some trainers with (according to my son) A Designer Name, the landing carpet, something called a joystick, a roll of sticky tape, two kitchen mats and a twenty-pound note. We all love him dearly in spite of his misdeeds.

The seamen’s mission depicted within these pages is a mere figment of this writer’s imagination and bears absolutely no relationship whatsoever to any of the existing institutions of that nature whose excellent work can only be admired and commended. Liverpool has always looked after its seafarers and may it long continue to do just that.

It was a cold, grey morning with leaden clouds pressing down as if intending to impose their gloomy weight on the Mersey. The Liver Birds continued their eternal vigil; a tanker, its replete belly low in the water, drifted silently towards the next resting place. On the rail that divided land from water, several gulls cast beady eyes over flagstones in search of food.

Bernard Walsh, who was used to ice, did not even shiver as people hurried behind him towards buses with shopping, umbrellas and wailing children. He saw little and heard nothing, simply bowing his head and staring downward with the special passivity that visits the truly absorbed. She was dead. This morning, at the shop, the news had finally arrived. ‘Oh, Katherine,’ he whispered now. How could he tell Katherine that her mother’s life was over?

He hadn’t even managed to be at the bedside. His wife had died while he, Bernard Walsh, husband, father and fishmonger, had used his expertise to prepare and sell the chilled, glass-eyed fruits of Britain’s coastal waters.

Urging himself to focus, he cleaned thick-lensed spectacles on a handkerchief, then watched the
tanker drifting lazily into dock. He dragged his sad mind back into the present tense just as a female child screamed and complained about cold fingers. Katherine did not like the cold. She would be at work now, would be drumming facts into the tousled heads of thirty-four children at St Anthony’s School on Scotland Road. Pretty, talented, happy Katherine, what a blessing she had proved to be.

Liz’s sufferings were over. Liz was lying now beneath a snow-white sheet in the morgue at Walton Hospital. No longer would Bernard Walsh spend his evenings in the company of a comatose woman. In recent weeks, he had sat and watched the cruel and unforgiving disease consume his beloved wife. How on earth had he coped without her humour, her tenderness? Towards the end, Liz had drifted away into a morphine-induced retreat of her own, had been fed through tubes, had been bathed and tended by nurses like a helpless child. Even so, she had been alive. Bernard had half expected her to jump up and tell the nurses what to do with all their gadgets and needles, but Liz had remained a poor, crippled, ageing infant. He had never looked at another woman. He had been that rare beast: a happily married man.

Katherine. Newborn, she had been perfect, almost magical. A smile threatened to stretch his lips, and he refused to allow such an unsuitable expression to gain purchase. His wife was dead and, if he chose the path of righteousness, there was further heartbreak to come. The right thing. What was the right thing?

He sighed, and fixed myopic eyes on the man at his side. ‘How did you know I’d be here?’

John Povey rested a hand on his friend’s shoulder.
Since his arrival in Liverpool, Bernard Walsh had always visited the river in times of stress.

‘Not today. It doesn’t have to be today.’ John trembled as a frosty wind sliced like a cruel knife through clothing and into his chest. ‘Aren’t you freezing?’

Bernard shook his head. The tall, rounded fishmonger seldom complained of cold, though the gradual erosion of his hair had driven him to wearing headgear: a trilby outside; a white hat while serving in his shop.

‘Aye, I am that.’ For over thirty years, Bernard Walsh had worked with fish. The skin on his hands was so weathered that a clogger might have pinned irons to it without the need for anaesthesia. ‘You’ve heard, then?’

John nodded. ‘I popped up to Walton with some supplies, asked about Liz while I was there. A peaceful end, they said. Given her condition, that was a blessing, old son.’ Liz and Bernard had been inseparable. Like Darby and Joan, Laurel and Hardy, theirs had been a double act. He recalled some of the carryings-on, parties where Bernard had been foil to Liz and vice versa. The pair had prayed, played and stayed together. ‘“I can drink any table under this man,”’ said John softly. ‘Remember her saying that while in her cups, Bernard?’

‘Aye, she was well away that night. I think that was the first time she’d ever had vodka. Up till then, she’d called vodka a heathen drink, something to do with communism.’ Bernard dropped his chin and pondered. ‘Aye, vodka was her downfall that particular night. Our Liz did her balancing act with the
yardbrush and destroyed Dr Connor’s chandelier. Austrian crystal. Cost me nigh on eighty quid to have it mended.’

‘We’ll not see her like again,’ said John. ‘That mould definitely got smashed.’

‘Just like the bloody chandelier.’ Bernard sniffed, exhaled, watched his foggy breath as it hovered for seconds in the chill November air. ‘One off, was my Liz. She deserved some peace. What she went through was never deserved. I can’t think of anyone bad enough to warrant pain like that.’

John thrust his hands deep into coat pockets, cursing himself for forgetting gloves again. ‘Will you bury her in Bolton, then?’

Liz had left explicit instructions. Soon after the first operation, she had understood that she would not recover, because the voracious beast within her body had already sallied forth to sink its hungry, sharp teeth into most major organs. ‘She’s to be burnt – she didn’t mind where.’ The smile threatened again.

‘You can put me on a bloody bonfire like Guy Fawkes for all I care,’ Liz had said. ‘Just make sure I get scattered properly and give Katherine all my jewellery.’

‘I beg your pardon?’

‘North side of Bolton – that’s where she’s to be scattered. We used to meet there years back, before we were married. There was a little hillock with a pond nearby. In springtime, loads of baby frogs hatched out and jumped all over us.’ Unlike most girls, Liz had taken the frogs in her stride. ‘It was the frogs that clinched it at the finish, you see.’

John Povey scratched his nose, did a mental inventory
of his famous herbal remedies. What could he brew up to ward off dementia? John, who had perfected the art of sartorial eccentricity, looked every inch the mad scientist: dishevelled hair; clothes which always managed to look like someone else’s, seldom fitting, always creased. ‘Isn’t it enough that I’m daft?’ he asked his friend. ‘Do you have to catch the same bus as me? Don’t start going soft in the head, lad. Don’t start copying me.’

‘She liked frogs,’ continued Bernard. ‘She liked most living things. I had to make a contraption when we had a mouse, a box with cheese in it and a door that shut itself once the creature got inside. She used to waltz off up to Blundellsands to release the bloody mice into the wild, as she called it. Any infestations in Blundellsands would be Liz’s fault. I kept telling her they weren’t field mice, but you know what Liz was like. She said if the mice insisted on living indoors, they’d get a better class of cheese in Blundellsands, a bit of Brie or Danish Blue.’

‘She was a character, all right,’ agreed John Povey.

Bernard nodded. Liz was a grand woman. Silently, Bernard corrected himself. She had been a grand woman, a lover of animals, a determined minder of wildlife, a protectress of all God’s creatures. She had been, but she no longer was. Everything about the woman he loved was suddenly history.

John glanced at the Liver Building clock. ‘Did you close the shop?’

‘Henry’s there.’ Henry couldn’t fillet a cod to save his life. Bernard Walsh followed the direction of his friend’s gaze. ‘The largest chiming clock in existence,’ he said. Sailors from all corners knew the Liver Building, looked for its twin birds to mark the end of a journey. This, one of the most memorable
buildings on earth, was often a sight for the sore eyes of a returning homesick traveller.

‘How long are you planning to stay here?’ John Povey asked.

‘No. Here in the freezing cold.’

At last Bernard allowed himself a fuller smile. ‘I’m thinking.’

Bernard shuffled about, faced the river again. He remembered his days on Bolton’s fishmarket, the wind blowing through those huge doors, lorries emptying their contents between stalls, early shoppers trying to get the pick of the catch before the market was properly opened except to wholesale purchasers. The rabbit man tramping in with a pole of rabbits; the chicken woman covered in feathers, a couple of sacks dragging from her hands.

He remembered the blue-misted moors, Sundays spent roaming across fields with Liz, evenings enjoyed at home with Mam and Dad. ‘There’s no going back, is there?’ He had considered the possibility of returning to Bolton once before, after the discovery in Liverpool of a certain woman, but Liz had insisted on staying. She had been dug up once, and had declared her roots now to be settled. ‘I shan’t stand for another transplant, Bernard,’ Liz Walsh had advised her husband. ‘I’m all right. I’ve got friends and I’m used to the shops. Pull me up again and I’ll perish like a dried-out bedding plant.’