Harriet Bright in a Pickle (5 page)

Little gusts of wind rippled across the blue pool. Red, green and yellow flags fluttered above the water.

It looked just like a fair, thought Harriet Bright. But without the Ferris wheel and toffee apples and fairy floss.
And fun
. She shivered in her swimming togs.

The stands were full of people who'd been watching the swimming all morning. The Year 4 races were the last ones of the day.

Harriet Bright looked up at the sky. Big black clouds were moving in to form bigger

âPlease rain in the next three minutes,' she said to the clouds. âI promise I'll never complain about anything again. I promise I'll feed the cat every day, even though cat food really stinks.'

Melly Fanshawe came and stood beside her. They were in the same heat. âDon't worry, Harriet. It's
only
25 metres. It'll be over soon.'

Melly Fanshawe looked at her doubtfully. âI'll try,' she said. âBut I don't know if I can swim as slow as you. I might drown.'

Everyone was lined up on the blocks, waiting.

Harriet Bright looked at Mrs Fletcher, the school principal. She was supposed to be starting the race, but she seemed to be in a bit of a flap.

She was waving her hands in the air and shouting,

My husband Arnold gave it to me before he left for a safari in Africa.'

Her face was all red and upset.

âYes, yes, all right,' she snapped.

Harriet Bright jumped into the water. It was
freezing!
Goosebumps

on her arms and legs.

Paul Picklebottom was in the lane next to her. Splashing and kicking furiously.

Harriet Bright tried to get her arms and her legs to move at the same time but they just didn't seem to want to. She kept swallowing big gulps of water when she opened her mouth to breathe.

She thought of Great Uncle Cedric and his
Nasty Moment
when he was forty-four.

Paul Picklebottom was halfway down the pool, and Melly Fanshawe wasn't far behind.

Reece Thomas was just behind her.

He had broken his arm a couple of months ago and it still wasn't very strong.

At least I'll be faster than Reece Thomas, she thought.

But then Reece Thomas passed her.

I wonder if you can die from embarrassment? she thought. Maybe I'll be the first person ever.

Luckily she had her face in the water so no one could see her red cheeks.

Paul Picklebottom was already at the end of the pool. The crowd was cheering loudly.

Harriet Bright put her head right under the water so she couldn't hear them.

It's very quiet down here, she thought as she looked around in the bleached-blue water. If I really
was
a whale, I could stay here forever. 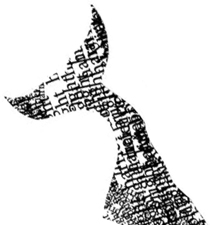 And then she saw something, lying right in the corner at the bottom of the pool, tucked half under a leaf.

Harriet Bright bobbed up to the surface, took a great mouthful of air and dived straight down towards the leaf.

She curled her finger around the ring and headed for the surface again. She could see the smudgy reflections of people staring down and pointing at her.

She held her hand up in the air, and the ring glittered in the sunlight.

The crowd stood and cheered.

Melly Fanshawe raced over with a towel and a big smile.

âWell done, Harriet,' said Mr Moody as he helped her out of the water. He didn't look so fierce when he smiled, thought Harriet Bright. 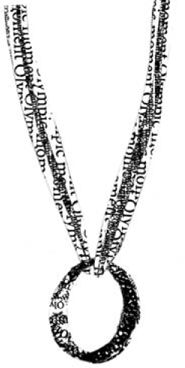 After all the races had finished, Paul Picklebottom got a medal for winning the Year 4 final. The spectators cheered and stamped their feet.

âAnd we have another
very special
award,' said Mrs Fletcher. âTo Harriet Bright, for her deep-diving skills â and for finding my precious gold ring. Thank you, Harriet.'

Harriet Bright didn't have a poem for this special occasion but she thought she would make one up on the spot.

She was about to speak when, suddenly, everyone jumped up and ran for cover.

It had just started to rain. 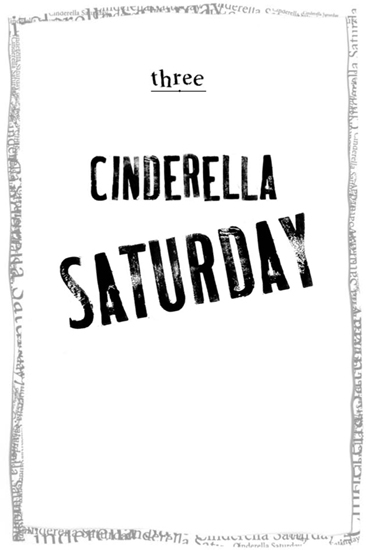 The Friday BEFORE the Monday

âCinderella is my
Most Favourite
fairy tale,' she said. âThere's a ball, and a prince and a

âI like the fairy godmother,' said Melly Fanshawe. âShe turns the mice into four white horses. That's much nicer than catching them in mouse traps.'

Paul Picklebottom was kicking a soccer ball against the wall. âFairy tales are for girls,' he said.

âAnd brick walls are for boys,' whispered Harriet Bright to Melly Fanshawe as they all hurried into the classroom.

Mrs Glossia was writing the parts in Cinderella on the blackboard as they sat down at their desks.

âHEY, Harriet Bright,'
shouted Paul Picklebottom from the back of the class. âYou could be the pumpkin.'

âAnd you could be the

sister of them all,' muttered Harriet Bright from the front of the class.

âDoes anyone have any questions about Cinderella?' said Mrs Glossia.

âAre there any dragons in it?' asked Paul Picklebottom. âOr big monsters with

She was nine but Paul Picklebottom was ten!

How could he get to be double digits and not know
anything
about Cinderella?

Harriet Bright was planning to know something about
everything
by the time she was twenty and really old.

âCinderella is a fairy tale by the Brothers Grimm,' said Mrs Glossia, writing their name on the blackboard.

âShe used to sit by the cinders of the fire at night, lonely and tired,' said Mrs Glossia.

âMost people don't have real fires anymore,' said Harriet Bright. âShould we call her something else?'

Sometimes it was the best thing to do with boys.

âI've got some special homework for you over the weekend,' said Mrs Glossia.

âFirst,' said Mrs Glossia, âI want you to decide who you'd like to be in the play.'

Well, that's easy, thought Harriet Bright. I know who I want to be.

âThen,' said Mrs Glossia, âfrom the moment you wake up on Saturday morning, and for the rest of the day, I want you to pretend you
are
that person.'

âWhat do you mean, Mrs Glossia?' asked Polly Manning, flicking her blonde ponytail over her shoulder.

Polly Manning always got the best parts in school plays.

She said that acting was in her blood. Her mother was in a TV commercial for hair shampoo.

Polly Manning had been Rapunzel last year. She had had to sit on top of a ladder all night and wait to be rescued by the prince.

When the prince finally climbed up the ladder, Polly Manning cried out that she had pins and needles in her feet and couldn't move.

Nobody had known what to do after that because Rapunzel didn't say that in the play.

There had been a
Great Big Silence
.

Mrs Glossia had had to rush on stage with a sign saying:

âIt's called “getting into character”, Polly,' continued Mrs Glossia. âI want you to understand what it's like to actually
be
that person.'

But Harriet Bright knew
exactly
what she meant.

She could see it all: 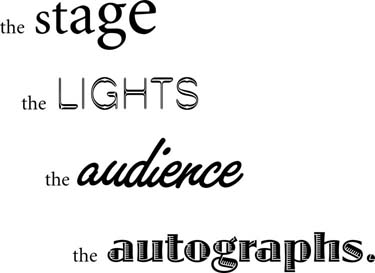 And, suddenly, she knew.

Harriet Bright wasn't going to be a world-famous poet anymore.

That had just been a phase she'd been going through.

Harriet Bright was going to be a â¦