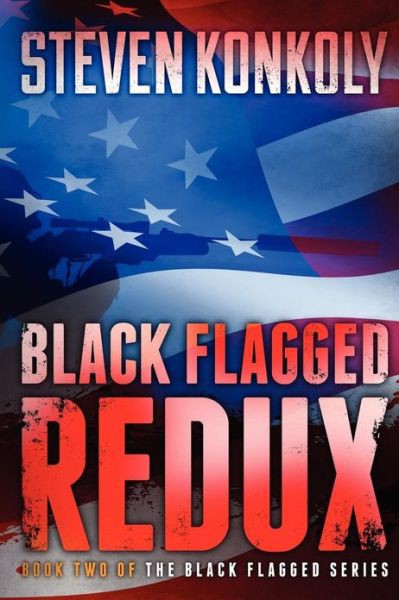 A novel by Steven Konkoly

Copyright 2011 by Steven Konkoly. All rights reserved. Except as permitted under the U.S. Copyright Act of 1976, no part of this publication may be reproduced, distributed or transmitted in any form or by any means, or stored in a database or retrieval system, without the prior written permission of the author, except where permitted by law, or in the case of brief quotations embodied in critical articles or reviews. For information, contact
[email protected]
.

Excerpt from The Jakarta Pandemic

Excerpt from King of Swords

Excerpt from The Voynich Cypher

For Kosia, Matthew and Sophia. My favorite people in the whole world.

Steven Konkoly graduated from the United States Naval Academy and served for eight years in various roles within the Navy and Marine Corps. He currently lives with his family in southern Maine, where he works for a major pharmaceutical company.

Excerpt from The Jakarta Pandemic

Please visit Steven's blog for updates and information regarding all of his works.

Black Flagged Redux
takes place roughly two years after the events of
Black Flagged.
If you haven't read the first novel, it's not necessary that you go back and read it before starting
Black Flagged Redux. Redux
was designed to stand on its own, however, it will be a much richer read with the first book under your belt.

Unlike the relatively limited geographic scope of the first novel,
Black Flagged Redux
spans four continents and several time zones. In order to make this a little easier on the reader, each scene is stamped with a location and local time. Keep in mind that the scenes occur in chronological order. Here is a short list of the time zone differences between the locations featured in the
Black Flagged Redux
and the U.S. East Coast: All locations in Argentina +2 hours, Kazakhstan +11 hours, Kiev + 7 hours, Moscow/Monchegorsk +9 hours, Stockholm +6 hours.

Three maps have been included in the table of contents to help the reader navigate the geography, along with an equipment primer. If you're interested in some of the weapons and vehicles referenced in the novel, the primer will give you a quick visualization.

Map of Europe and Asia

Finally, don't forget about the character list, which can be accessed from the link below and is accessible through the table of contents. You can also print one from my blog
www.stevenkonkoly.com
. I'm not saying you'll need it, but
Black Flagged Redux
adds to the memorable character list from
Black Flagged
.

Most of all, enjoy the book!

"Redux"- Latin, derived from reducere. Returning from war or exile.

Daniel Petrovich shifted his elbows slightly and stared through a small handheld spotting scope at the building one hundred and sixty meters away. Situated strategically among several dozen stacks of partially rusted, multi-colored maritime shipping containers, the modest, unattractive two-story structure didn't garner much attention on any given day. This particular Wednesday proved to be an exception, though to the casual observer, it looked like any other late night in the sleepy, working class barrio, on the southern outskirts of Dock Sud.

The areas immediately beyond the container yard's high walls were quiet, except for the cars that passed in the distance on Avenida Juan Diaz de Solis. Since he had arrived two hours earlier, only three cars had turned off Juan Diaz and penetrated the sizable slum squeezed between the container yard and a vast sea of fuel storage tanks that extended all the way to the Rio Plata waterfront.

He reconfirmed the presence of two sentries stationed outside of the building: one on the roof of the two-story building and one pacing a small wooden deck located on the second floor. The sentry on the deck guarded a door at the top of an adjoining, external metal staircase. Lights blazed behind the curtains inside the windows on the second floor, leading him to assume that the ground floor was deserted and possibly not connected to the upper level. The outer staircase further supported this theory.

The rest of Petrovich's team waited in the shadows of three separate container stacks surrounding the structure. The building and all adjacent stretches of flat gravel were bathed in the orangish-yellow glow cast by several strategically placed sodium vapor lights, which prevented the rest of the team from approaching any closer. Only the two sentries stood in the team's way at this point and removing them was his job.

Lying prone for two hours on the hard metal container was starting to take its toll on his concentration, and he found himself shifting every couple of minutes. He employed active breathing techniques to take his mind off the fact that his hip and elbows were beyond the point of finding comfort on their new metal home. He gently placed the spotting scope next to his elbow and pulled the dark gray thermal shielding blanket over his head, nestling in behind his rifle. The rooftop sentry scanned the dark areas of the container yard with a portable hand scope that may have thermal detection capability. The blanket was designed to conceal Petrovich’s thermal signature and worked well against low-power handheld scopes, but would do him little good against the kind of sophisticated thermal imaging equipment found mounted on aircraft or vehicles.