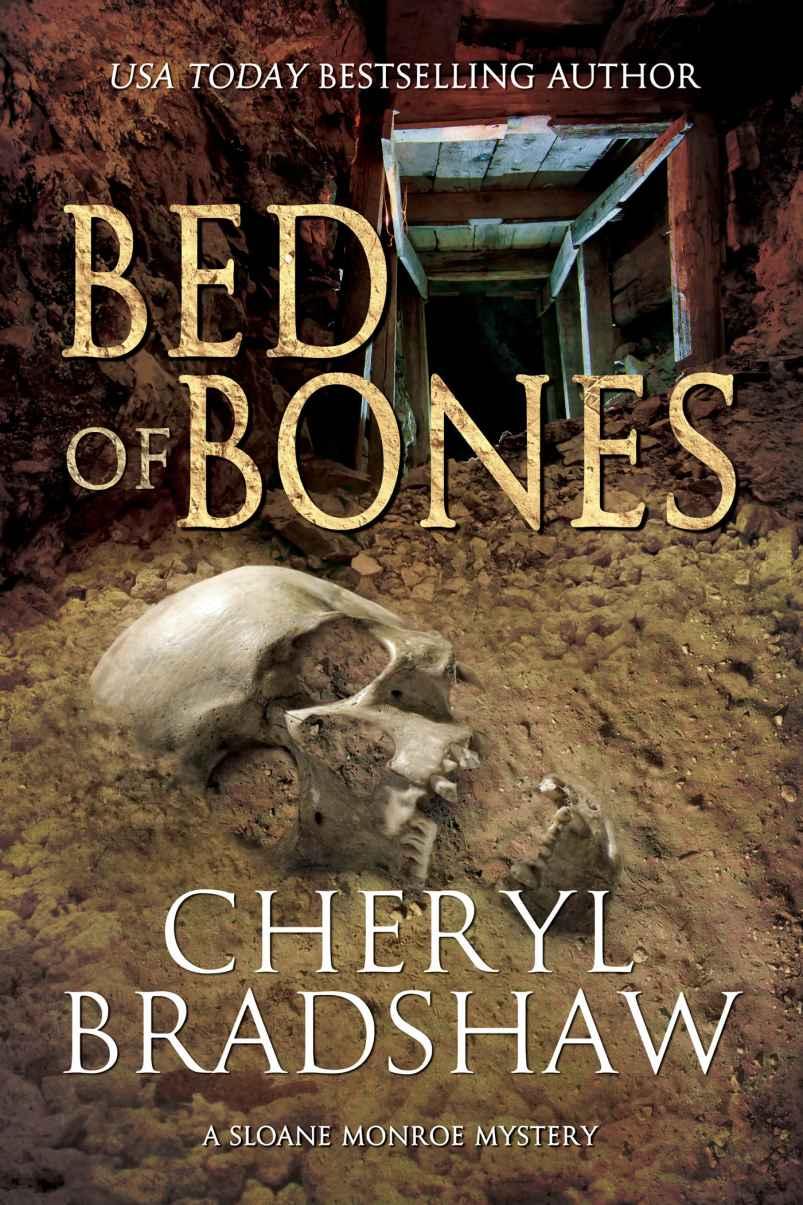 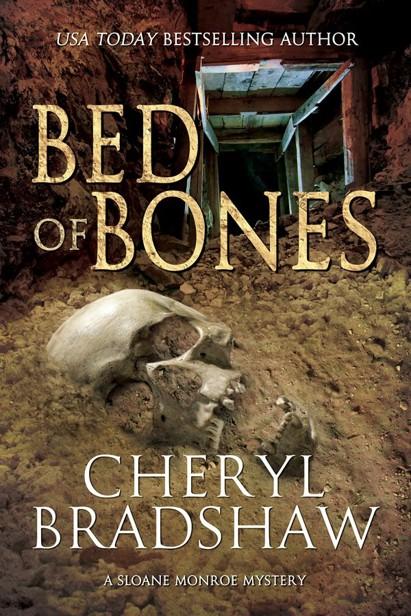 This book is a work of fiction. Names, characters, places, businesses, and incidents either are the products of the author’s imagination or are used in a fictitious manner. Any similarity to events or locales or persons, living or dead, is entirely coincidental.

No part of this publication may be reproduced, stored or transmitted, in any form, or by any means whatsoever (electronic, mechanical, etc.) without the prior written permission and consent of the author.

There were days I wondered if I’d ever see this book through to the end, but here I sit, satisfied and ready to begin again. To my husband, thank you for appreciating my passion. Living with a writer has its challenges. For all the times I’m lost inside myself contemplating the next chapter of my book, I really am listening to you! To great friends. Thank you for loving me unconditionally and lending your ear. To my family for reading what I write. I appreciate you all. Tiffany Stewart, thank you for taking me on. You’re my person. Let’s do this! Janet Green (thewordverve) the best editor around, there isn’t enough ways to thank you for all you’ve done and continue to do to make me better, my friend. To my proofers, Becky Fagnant and Amy Jirsa-Smith, I appreciate you both. Reese Dante, your covers continue to amaze. Bob Houston and Dafeenah Jameel, for excellence in formatting and for making everything beautiful. D.P. Lyle, M.D., for your forensic advice and expertise. And finally, “Saturday Smile” by Gin Wigmore is the theme song of this novel. It takes a lot of hands to steer this ship. I am truly blessed.

“At what point then is the approach of danger to be expected?

I answer, if it ever reach us, it must spring up amongst us.”

Willie wiped his dirt-stained hands across the sides of his jeans and cocked his head to the side, eyeballing his younger brother, who lagged behind. “Come on, Leonard! Why ya gotta be such a drag all the time? We’ll never get where we’re goin’ if we don’t hustle.”

Willie didn’t turn around. He didn’t stop. He didn’t even slow down. He lengthened his stride and kept on going. “Quit whining, ya big baby, or next time I’ll leave ya home.”

Leonard kicked a pebble with his shoe. It sailed across the open field, narrowly missing Willie’s head when it whizzed by. “Don’t call me that!”

“Well, that’s what ya are, aren’t ya?” When Leonard failed to respond, Willie glanced back, knowing exactly what he’d see when he did. Leonard’s face had turned as red as their dad’s BMW 507—not because he was embarrassed and not because of the heat. He was about to get angry. When that happened, Leonard’s forehead broke out in an overabundance of dots that made him look like he had the chicken pox. “Hey, I was just kiddin’ around, Leonard. Ya know that, right?”

“Mom said we weren’t allowed to go past the fence, and I can’t see it anymore. We’re gonna get in trouble, Willie. I just know it.”

“Nothing is goin’ to happen, all right? Mom and Dad won’t find out unless one of us tells ’em. This is our little secret. Okay?” Willie shoved a hand inside his pocket, removed a plastic comb, and slicked it through his sandy-brown hair. At thirteen years old, he was practically a man. At least he liked to think so. He’d matured a good deal faster than all of his friends. While their voices remained high-pitched and squeaky, his was deep, like his dad’s. He didn’t look much like him though; he looked like his idol, James Dean. A year before when James was killed in a fatal car accident, Willie paid tribute by ditching his Chinos and collared shirts for jeans and plain white tees. He’d even talked his mother into buying him a leather jacket at Christmas to complete the look. At school he was ridiculed by his male classmates. He didn’t care. None of
them
had a fifteen-year-old girlfriend. He did.

“How much longer?” Leonard mumbled. “I wanna go home.”

Willie hated it too. Park City was the most boring place he’d ever visited in his life. Day after day they sat around with nothing to do, waiting for their dad to sign the paperwork over to a developer who had big plans for his grandfather’s land. They were only supposed to be here for a week. It had been more than two. He didn’t know why his dad kept going back and forth, negotiating every last detail with the realtor, and he didn’t care either. All he wanted was to get back to Chicago, to his own room, his friends, and most of all, blue-eyed, blond-haired Betty.

“It’s hot.” Leonard wiped the sweat from his brow and flicked it into the air.

Willie stopped. When Leonard caught up, Willie placed his hands on his brother’s head, directing him to a large, black, squarish spot on the ground several feet below.

“What is it?” Leonard asked.

“Men used to go down that hole, get stuff out of the ground, and sell it. Made lots of money too, from what Dad said.” Willie tested the soft dirt in front of him and then stepped forward, making his way to the bottom of the hill. “Ya best step where I step, okay? I don’t need ya breakin’ a leg out here. You dig?”

Willie reached back, patting Leonard’s arm. “Not real ones, dipstick. A ghost town is a place people leave behind—the buildings are still here, but not the people. Not many of them, anyway.”

“Is that why most of the stores in town are closed?” Leonard asked.

“Why would they leave all that money?” Leonard asked.

“Maybe it ran out. Maybe they got everything they could out of the ground and there wasn’t any more left.”

“Is that why grandpa moved here—for money?”

Willie shrugged. “When gramps was alive, he was in charge of a whole crew of guys. Made loads of cash and bought land with it. That’s why we’re here.” Willie reached the opening of the mine and knelt down. “Outta sight! Leonard, check this out.”

“’Course it is. It’s not like we’re going in. We’re just takin’ a peek. Nothin’ wrong with that.”

Leonard bent down next to Willie. “How far down do you think it goes?”

Willie walked over to a rock a few feet away and pulled a pack of cigarettes out of his back pocket. He flipped one into his mouth, lit up, and took a nice, long drag.

Leonard sat on the rock next to him. “Dad know you have those?”

Willie twisted the sleeve on Leonard’s shirt and yanked him close. “No, and you’re not gonna tell him either.”

The two sat in silence for the next two minutes, Willie taking occasional puffs on the cigarette and Leonard flipping a Slinky back and forth between his hands.

Willie finished the cigarette, stood, and flicked the butt out of his hands, smashing it into the scorching earth with his foot until he couldn’t see it any longer. “Come on. We’d better get back.”

Leonard hopped off the rock. The Slinky slipped out of his hand and tumbled into the mouth of the shaft, catching on a patch of sagebrush just inside. “My Slinky!”

“Leave it,” Willie said. “You can get another one.”

“I don’t want another one. I bought it with my own money. It took a whole month to save up for it.” Before Willie could interject a second time, Leonard had bolted forward until he was close enough to the Slinky to reach down and grab it.

The next few seconds moved like a Ferris wheel in slow motion. Leonard reached for the Slinky, but it broke free of the sagebrush, sinking into the blackness. He leaned over, gazed into the shaft. And then he made a big mistake. He tried to stand, but the pebbly rocks beneath his feet offered no traction. He slipped, plummeting feet first into the mine. A blood-curdling scream followed, echoing through the shaft.

In seconds Willie reached the opening. He squealed his brother’s name then listened, hoping to hear even the smallest indication that his brother was still alive, but he heard nothing. “Leonard, can ya hear me?”

“Please Leonard, please! Say something! Anything! Let me know yer there.”

Tears streamed down Willie’s cheeks, making his face feel sticky. He stood, still, unsure of what to do next. Should he stay—try to figure out how to get down the hole? He had no idea how deep it was. A few feet? A few hundred feet? A thousand? Did he leave his brother all alone and go for help? What if Leonard spoke and no one was there to hear him? He knew if he stayed, Leonard could die, if he wasn’t dead already. A wave of guilt rushed over him.

Five minutes ago, he’d have given anything to stop Leonard from asking any more questions, but now he’d give his own life just to hear his brother’s tiny, angelic voice again.

Don’t just stand here doing nothing, Willie. Think! What would Dad do?

He bent down and cupped his hands around both sides of his mouth. “Leonard, if ya can hear me, I’m goin’ to get Mom and Dad. I’ll be right back. I promise. I’m so…I’m so sorry. Ya hear me? I’m sorry…”

Willie sprinted toward his grandfather’s house, his limbs experiencing an increasing burning sensation with every step. His entire body could burst into flames for all he cared—he’d risk anything to save his brother’s life.

Melody Sinclair hoisted a leg over the seat in front of her, slouched down, and scanned the room, eyeballing the men and women shuffling through the aisles of the old theater. Although each was unique in his or her own way, all of them displayed one distinct commonality: they were bundled up like they’d trekked through a blizzard to get here. January in Park City, Utah, had this effect on people. With outside temperatures dipping into the twenties and thirties, the majority of tourists in town for the annual Sundance Film Festival made haste. There was no escaping Old Man Winter. Not here.

Exuberant moviegoers took their seats, slowly shedding one layer of clothing after the other. Idle chatter began soon after, spreading through the air like the murmuring ripple of juicy gossip. Melody curled her long, blond hair around her index finger and savored every delicious second. This was her moment. Her fifteen minutes. Her time to shine.

It had been nearly a decade since Melody had submitted her first film for consideration at the festival. The film, a haunting recreation of the real-life horror that took place in the Hanley House back in the seventies, was sure to be a hit. At least in Melody’s mind. The panel of esteemed judges saw it another way.
Haunting at Hanley House
was rejected and shelved, and per the festival rules, without significant changes, the film could never be resubmitted again. The rejection felt like an oversized, red stamp of disapproval. It meant the film wasn’t good enough. It meant
she
wasn’t good enough.