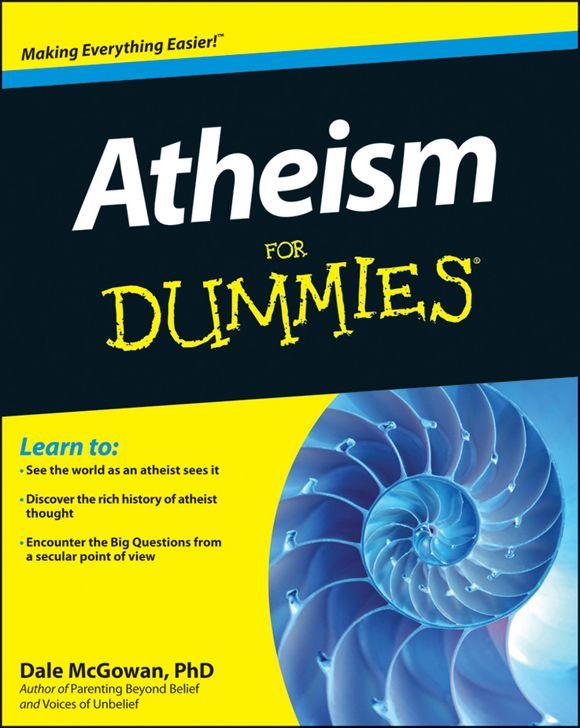 No part of this publication may be reproduced, stored in a retrieval system or transmitted in any form or by any means, electronic, mechanical, photocopying, recording, scanning or otherwise, except as permitted under Sections 107 or 108 of the 1976 United States Copyright Act, without either the prior written permission of the Publisher. Requests to the Publisher for permission should be addressed to the Permissions Department, John Wiley & Sons Canada, Ltd., 6045 Freemont Blvd., Mississauga, ON L5R 4J3, or online at
www.wiley.com/go/permissions
. For authorization to photocopy items for corporate, personal, or educational use, please contact in writing The Canadian Copyright Licensing Agency (Access Copyright). For more information, visit
www.accesscopyright.ca
or call toll free, 1-800-893-5777.

Trademarks:
Wiley, the Wiley logo, For Dummies, the Dummies Man logo, A Reference for the Rest of Us!, The Dummies Way, Dummies Daily, The Fun and Easy Way, Dummies.com, Making Everything Easier, and related trade dress are trademarks or registered trademarks of John Wiley & Sons, Inc. and/or its affiliates in the United States and other countries, and may not be used without written permission. All other trademarks are the property of their respective owners. John Wiley & Sons, Inc. is not associated with any product or vendor mentioned in this book.

Limit of Liability/Disclaimer of Warranty: The publisher and the author make no representations or warranties with respect to the accuracy or completeness of the contents of this work and specifically disclaim all warranties, including without limitation warranties of fitness for a particular purpose. No warranty may be created or extended by sales or promotional materials. The advice and strategies contained herein may not be suitable for every situation. This work is sold with the understanding that the publisher is not engaged in rendering legal, accounting, or other professional services. If professional assistance is required, the services of a competent professional person should be sought. Neither the publisher nor the author shall be liable for damages arising herefrom. The fact that an organization or Website is referred to in this work as a citation and/or a potential source of further information does not mean that the author or the publisher endorses the information the organization or Website may provide or recommendations it may make. Further, readers should be aware that Internet Websites listed in this work may have changed or disappeared between when this work was written and when it is read.

Wiley also publishes its books in a variety of electronic formats. Some content that appears in print may not be available in electronic books.

Printed in the United States

Dale McGowan, PhD
, conducted orchestras, earned a doctorate in music composition, and spent 15 years as a college professor before chucking it all to become a writer.

Editor and co-author of
Parenting Beyond Belief
(“A compelling read”—Newsweek) and Raising Freethinkers, the two top-selling books for nonreligious parents, Dale also offers secular parenting workshops in cities across North America and writes a popular blog for nonreligious parents called “The Meming of Life” (
www.parentingbeyondbelief.com\\blog
).

Dale edited the historical anthology
Voices of Unbelief: Documents by Atheists and Agnostics
, and reviewers have called his satirical novel
Calling Bernadette’s Bluff
“an undoubted triumph of satire” and “a riot.”

He was named 2008 Harvard Humanist of the Year for his work in nonreligious parenting. In addition to writing and speaking, he is the founding executive director of Foundation Beyond Belief, a nonprofit charitable foundation focusing and encouraging humanist generosity and compassion.

Dale lives near Atlanta with his wife and three kids. To learn more or to contact Dale, visit
DaleMcGowan.com
.

This book is dedicated to my parents, Dave and Carol McGowan, who raised me to be curious about the real world and never told me there was a thought I couldn’t think.

To my kids, Connor, Erin, and Delaney, to whom I return the favor.

And to Becca, the perfect partner for a great adventure.

Thanks first of all to the great and friendly atheist Hemant Mehta, the first person to think I’d be a good person to write this book. I’m deeply indebted to Ed Buckner and Amanda Metskas, two giants of the freethought world who took the time to read this book while it was in progress and whose rod and staff guided me when I went astray.

Greta Christina and Jennifer Michael Hecht are the two great writers and thinkers on whose work I’ve drawn more than any others for this project.

A hat tip to my blog readers at The Meming of Life who helped plumb the depths of several big questions.

Many thanks to the professional and supportive team at John Wiley & Sons, Inc., especially Anam Ahmed and Chad Sievers, and my splendid agent Dr. Uwe Stender.

Finally, all thanks and love to my wife, Becca, who also read and improved every page, and our three spectacular kids, Connor, Erin, and Delaney. You make it all worthwhile.

We’re proud of this book; please send us your comments through our online registration form located at
http://dummies.custhelp.com
. For other comments, please contact our Customer Care Department within the United States at 877-762-2974, outside the United States at 317-572-3993, or fax 317-572-4002.

Some of the people who helped bring this book to market include the following:

Publishing and Editorial for Consumer Dummies

Conventions Used in This Book

What You’re Not to Read

How This Book Is Organized

Part I: Understanding What Atheism Is

Part IV: Living a Full Life without Belief in God

Part V: The Part of Tens

Icons Used in This Book

Where to Go from Here

Part I: Understanding What Atheism Is

Getting a Grip on Atheism

Seeing the many forms and faces of religious disbelief

Examining what nonbelievers believe and don’t believe — and why

Seeing the Progression of Atheism

In the distant past and in different cultures

Examining Atheism in the Written Word

Chapter 2: Unweaving the Rainbow of Disbelief

Answering the capital question: Is it Atheist or atheist?

Believing and Disbelieving by Degrees

Roberts’s rule: “We are both atheists”

Russell’s labels: Why most atheists are agnostics and vice versa

Emphasizing Doubt: Agnostics Aren’t Sure (and Neither Are You)

Looking at the world in a different way

Seeing the humanist heart of atheism

Forcing a Square Peg into a Round Hole: The Unpigeonholeables

Believing in a different kind of creator: Deists

Being religious without a god: Religious atheists

Moving beyond labels: The rise of the Nones

Chapter 3: Recognizing What Atheists Do and Don’t Believe — and Why

Getting a handle on confirmation bias

Admitting the weakness of the arguments and evidence

Getting humble about humanness

Grasping the size of the universe

Knowing What Most Atheists Actually Do Believe

Seeing the natural universe as all there is — and enough

Accepting that this is our one and only life

Taking responsibility for ourselves and each other

Asserting that God is actually “that kind of question”

Setting Aside Misconceptions: Things That Few (If Any) Atheists Believe

That there is no right and wrong

That life arose and evolved by chance

That all religion is the same

That religion has made no positive contributions

Answering the Question: Is Science Incompatible with Belief in God?

Uncovering What the Ancients Believed (Or Didn’t)

Understanding the concept of t’ien (heaven . . . but not quite)

Getting to the roots of Confucianism

Visiting ancient India: 320 million gods and none at all

Continuing to Doubt in Medieval India

Sweeping Out the Superstitions in China

Railing theologians: “Against the Unbelievers”

Railing back: Unbelievers say “Muhammad was a liar”

Freezing Out the Gods in Iceland

Finding unbelievers among the heretics

Bringing the Greeks back to Europe: The Arab scholars

Getting a (Bad) Name: Athée

Discovering a Whole New Way to Think: The Scientific Revolution

Copernicus knocks the Earth off-center; Galileo backs him up: The first humbling

Stirring the Pot: The Clandestine Manuscripts

Singing the War Song of an Atheist Priest

Meeting of minds in coffeehouses and salons

Getting explicit in Paris: The incredible Encyclopédie

Challenging the Powers That Be: The French Revolution

Creating a Cult of Reason

Back to the future: The Cult of the Supreme Being

Checking In on the US Founding Fathers

Killing God: Atheist Philosophers Do the Crime, a Pantheist Writes the Eulogy

Bracing for the Collision of Religion and Science

Aging the Earth: The second humbling

Mixing signals: The Vatican warns against “the unrestrained freedom of thought”

Challenging the Religious Monopoly in Politics

Denying unbelief a seat at the table: The Bradlaugh Affair

Chapter 8: Growing Up in the Tumultuous 20th Century

Clashing at the National Levels: Atheism and Religion

Encountering violence and intolerance in the Soviet Union

Provoking the Cristero Rebellion in Mexico

Examining the horrors of a Cultural Revolution in China

Meeting the “Most Hated”

The “Most Hated Man in Kentucky”: Charles Chilton Moore

The “Most Hated Woman in America,” Part I: Emma Goldman

The “Most Hated Woman in Britain”: Margaret Knight

Courting the Separation of Church and State

Reconciling Science and Religion (Or Not) Again: Gould’s NOMA

Chapter 9: Voicing a New Atheism, and a New Humanism, for the 21st Century

Tracing the Birth of the 21st-Century Atheist Movement

Sounding the alarm: Richard Dawkins on “the elephant in the room”

Calling out from billboards and buses

Coming out with the Out Campaign

Welcoming the young and the godless

Creating humanist chaplaincies at Harvard and beyond

Setting a place at the table — national and international humanism

Exploding into a Thriving Online Community

Considering how the Internet has helped

Surfing to some popular atheist websites

Maturing as a Movement

Speaking Volumes in Two Sentences: Protagoras’s On the Gods

Hearing Echoes of the Lost Sutras of Cārvāka

Listening to Al-Razi on “Fraudulent” Muhammad

Making a Whispered Myth Real: The Treatise of the Three Impostors

Censoring Himself . . . for Awhile: Mark Twain

Musing on the Nature of Things with Lucretius

Correcting the Unenlightened with Chang

Hiding disbelief with an atheist priest

Imagining a humanist world with Lamont

Chapter 12: Laughing in Disbelief: Challenging the Divine with Humor

The Power of Parody: The Church of the Flying Spaghetti Monster

Blaspheming at the Movies: Life of Brian

Bringing the Blasphemy Home on TV

Setting the stage: Hecht and Jacoby

Breaking the Spell with Daniel Dennett

Arguing that God Is Not Great with Christopher Hitchens

Commenting on the current: Friendly Atheist

Going beyond the Intellectual: The Complete Life without Gods

Flipping the idea of holiness

Seeking the good without God

Building bridges with the religious

Part IV: Living a Full Life without Belief in God

Chapter 14: Getting Personal with Atheism Today

Counting Heads: The Growing Nontheistic Presence around the World

Figuring Out the Who, What, and Where of Atheism

Disbelieving differently around the world

Talkin’ about My (Kids’) Generation

Answering the Question: “Why Are Atheists So Angry?”

Opening Up the Freethought Movement

Honoring Harry — the “classic” atheists, and what they built

Seeing Sally — the “community” atheists, and what they need

Creating a Satisfying Community for Nonbelievers of Every Stripe

Taking a Quick Look at Issues around the World

Chapter 15: Being Good with or without God