Read Act of Will Online 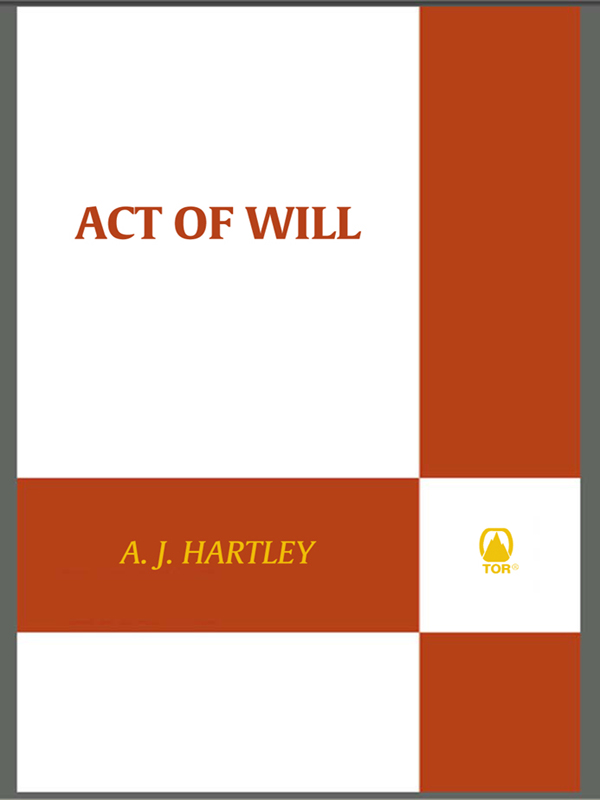 BOOKS BY A. J. HARTLEY

The Mask of Atreus

On the Fifth Day

This is a work of fiction. All of the characters, organizations, and events portrayed in this novel are either fictitious or are used fictitiously.

Book design by Mary A. Wirth

To Chris, my brother-in-arms.

Translated from the Thrusian by 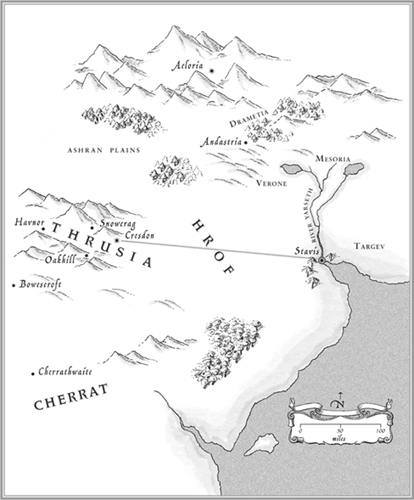 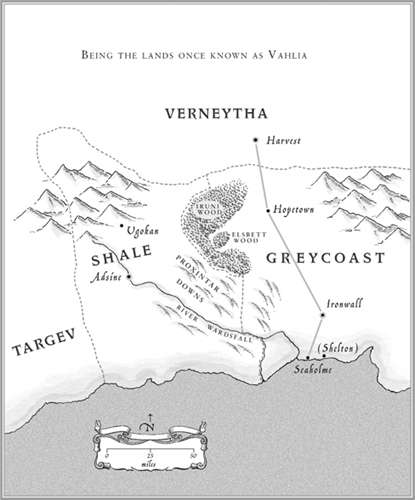 SCENE VII: No Virtue in Almost

SCENE XVII: A Kind of Welcome

SCENE XXXII: The Elixir of Sensenon

SCENE XXXVII: Time for a Beer

SCENE XLII: The Farmhouse by the Woods

SCENE XLIII: One of Them

SCENE XLVIII: The Secret of the Caves

SCENE LIII: Back on the Horse

U
ntil a few years ago, the collection of manuscripts now known as the Hawthorne Saga had been sitting in a climate-controlled case in an obscure English library for over a century, baffling all attempts to decipher the strange language in which they were written. We knew from library records that they were once part of the Fossington collection and that they were almost lost when the east wing of Fossington House was badly damaged by fire in 1784. Parts of the second manuscript showed some light scorching, and there was moderately severe water damage to much of the first book, but how they were originally acquired and from where remains a mystery. The eighteenth-century records refer to the crate of Fossington manuscripts only as “handwritten, very old, bound in calf, in indecipherable cursive: language unknown.”

Being completely unreadable, the manuscripts would have remained no more than linguistic and historical curiosities were it not for the recent discovery of certain papers located in the attic of an Elizabethan manor house in Oxfordshire, the precise location of which I am not at liberty to reveal. I was first shown these papers eight years ago. Various experts concurred that the author was none other than the famous translator Sir Thomas Henby (1542–1609). The papers were all in Elizabethan secretary hand and difficult to read, which is the only explanation I can offer for not immediately recognizing that while some of them were in plain English, others were actually transcripts of the strange language featured in the Fossington House papers. Even after I had made the connection, it was another year before I realized that the English pages were actually translations of the so-called indecipherable cursive of the Fossington manuscripts, which actually turned out to be a previously undocumented language: Thrusian. How and with what assistance, if any, Henby accessed the key to this remarkable literary find, I cannot begin to imagine, but there is no question that he did, and left both direct translations of several dozen pages and notes by which the rest might be rendered into English.
*

I have made up for my slowness to realize the significance of my find by diligent work on the manuscripts ever since. Using Henby’s translations and notes as a kind of Rosetta stone, I have been able to work out the grammar, diction, and tone of the Fossington House papers, which I have renamed the Hawthorne Saga for reasons that will become apparent. In the translation, I have used a modern, colloquial style in an attempt to capture—or at least echo—the uniquely sprightly and energetic Thrusian used by the author. The book in your hands, faithfully translated from the original, is the result. I only hope that you find my labor in bringing this ancient text to light to be worth the reading. If this meets with sufficient approval and I encounter no serious hurdles in the translation, I plan to complete work on the second volume of the series approximately one year from now.

*
No identification of the place—or even the period—from which the original came has yet been made. All attempts to identify known landmarks, places, or geographical features have failed. Militarily, it lacks gunpowder and therefore seems early medieval, but the culture as presented seems later, more in accord with Renaissance Europe.